Since the late 90s, various iterations of the Howl-O-Scream Halloween haunt event have taken place at Busch Gardens in both Williamsburg, Virginia and Tampa Bay, Florida, not to mention at SeaWorld San Antonio in Texas. And this year SeaWorld Parks & Entertainment has introduced Howl-O-Scream events at two of its most famous theme parks: SeaWorld Orlando and SeaWorld San Diego.

This past Friday, I had the opportunity to attend opening night of SeaWorld San Diego’s inaugural Howl-O-Scream event, and found myself pleasantly surprised by the effort that went into bringing this haunt to frightening life, though I did leave SeaWorld feeling that there’s plenty of room for the experience to grow over the coming years.

Howl-O-Scream San Diego kicked off with a raucous opening moment featuring creatures of all shapes and sizes in the “Underground Dance Club” area near the front of the park, and then we were welcome to explore the event’s three mazes (I should probably get used to calling them “haunted houses,” as that east-coast equivalent nomenclature seems to be invading the Southern California Halloween community), six scare zones, two live shows, and three thrill rides. 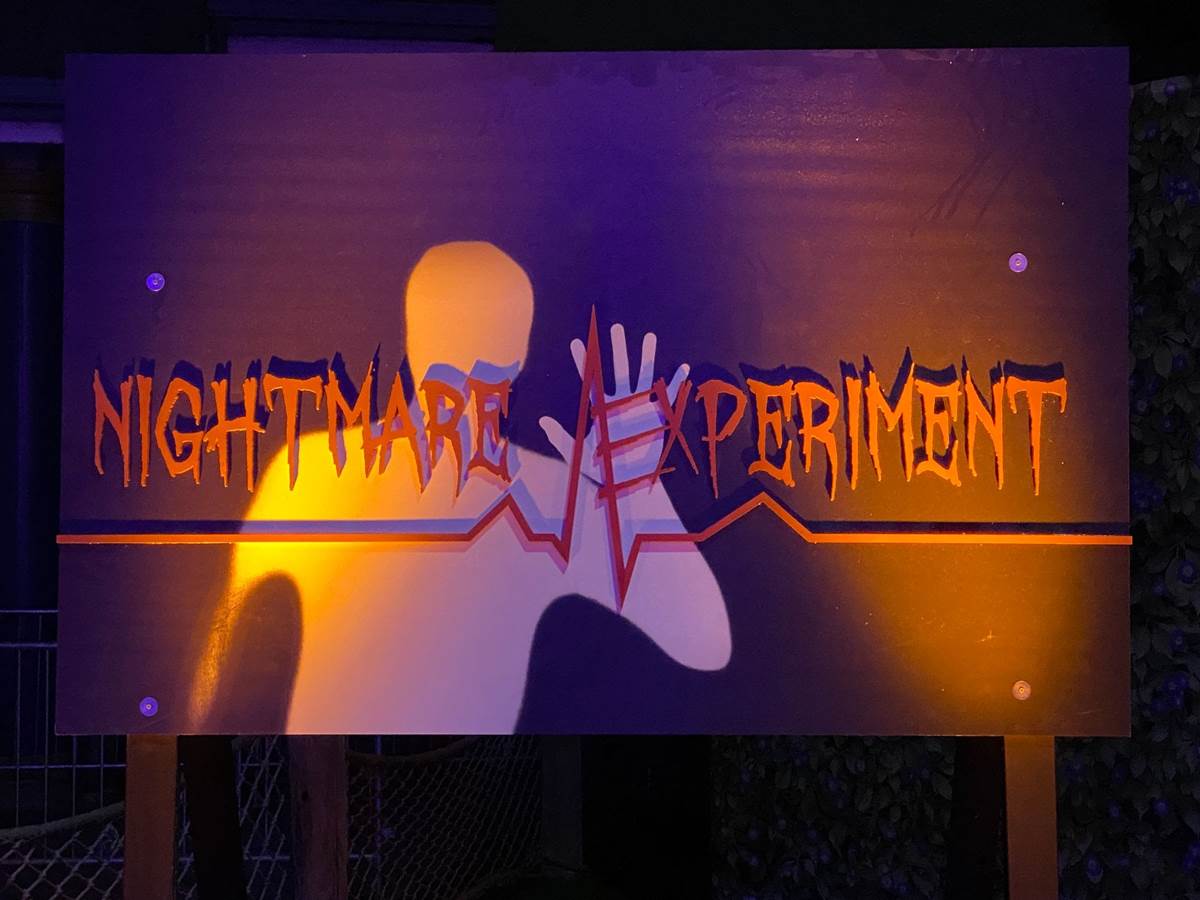 We weren’t allowed to shoot any video or photos inside the mazes / haunted houses themselves, but that restriction actually allowed me to focus on appreciating their design and atmosphere instead of watching them through a viewfinder. “Death Water Bayou” ended up being my favorite, and I found it reminiscent of the “Voodoo” maze from some years past at Knott’s Scary Farm. “Simon’s Slaughterhouse” was the middle-tier entry for me, and brought to mind Knott’s “Red Barn” with its hillbilly overtones. Last on my list would be “Nightmare Experiment,” a short and somewhat generic medical-themed house that almost felt like it could have been prefabricated for use at Halloween events across the country. Overall I thought the mazes were adequate, but obviously there could have been more of them. Here’s hoping additional experiences like these get added in the future. The scare zones, on the other hand, are plentiful, if relatively small in scale. I loved “The Sirens,” which saw creepy mermaids and pirate characters roaming through SeaWorld’s Ocean Explorer area amid sunken ships and eerie blue lighting. Others like “Graveyard,” “Deadly Toys,” and “La Llorona” are all effective in their own ways.

With only two shows at Howl-O-Scream San Diego, guests are going to want to make a point to catch “The Vampire Circus,” which is a rather impressive showcase of high-flying talent from the undead. The other is a band called Beta 7 that can be enjoyed while passing through their performance area or while resting near the park’s Skytower. Three thrill rides are open during Howl-O-Scream: Manta, Electric Eel, and Journey to Atlantis, and are presented “in the dark” with much of the show lighting turned off for the event. These attractions are always fun to experience at SeaWorld San Diego and add quite a bit of value for the admission price when attending the haunt. Overall, I’d say SeaWorld San Diego’s first-ever Howl-O-Scream event is a good start, though I would hope the park offers more to do in subsequent years. For now, though, I think there’s enough here to justify spending a night during the Halloween season, especially if you’re a local and don’t want to drive up to the more established California haunts like Knott’s Scary Farm and Universal Studios Hollywood’s Halloween Horror Nights. 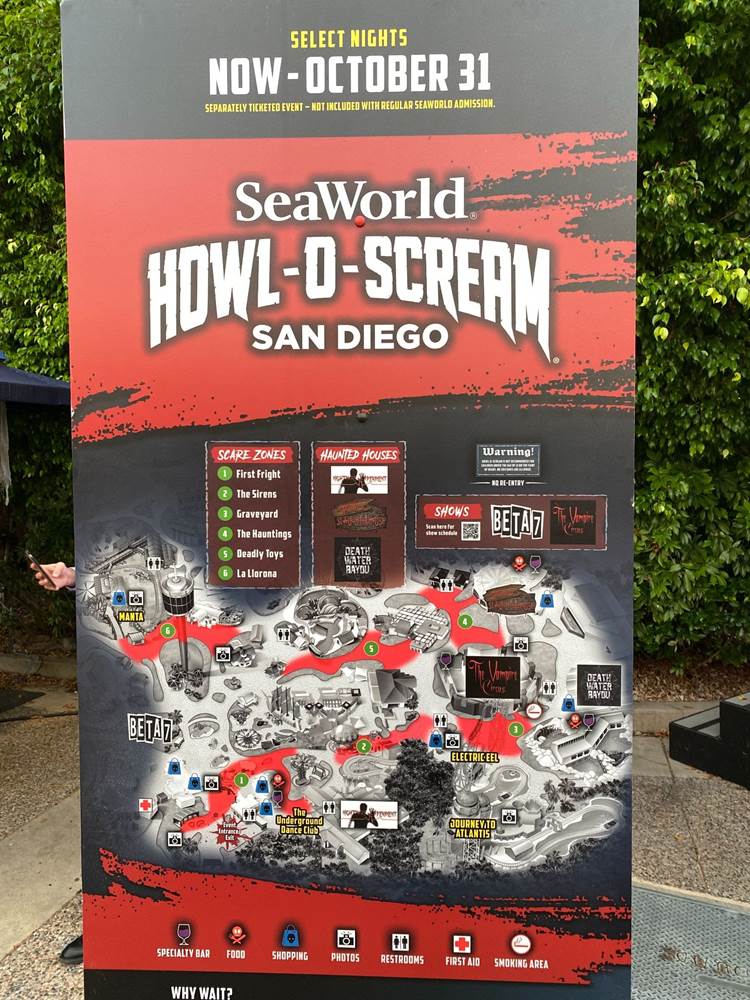 Howl-O-Scream runs Thursdays through Sundays until Halloween at SeaWorld San Diego. For additional information and to purchase advance tickets, be sure to visit the park’s official website.