With ABC’s new reboot series The Wonder Years set to premiere tomorrow evening, the Disney-owned television network has set up a very fun drive-through activation in the heart of Hollywood, California in promotion of the highly anticipated period show.

“The Wonder Years: 1968 Time Capsule” has taken over the gas station at the corner of Highland and Franklin today and tomorrow, and guests can drive up in their own personal vehicles to grab some cool swag with the series’ logo emblazoned on it, plus some very inexpensive gas in the spirit of the decade during which the show is set. Reservations are not required in order to experience the activation, as I simply pulled my car into the gas station parking lot and was welcomed by some very friendly attendants who took my order for a complimentary cheeseburger with fries and a chocolate milkshake. On display around the station are a number of 60s-era classic cars, plus other decorations reminiscent of that bygone age, not to mention signs and billboards promoting The Wonder Years series itself. Beyond the tasty 60s-style meal, I also received a The Wonder Years pencil case filled with more swag with the show’s logo: a package of wet wipes, a tin full of mints, and a The Wonder Years sticker. But the absolute best part about “The Wonder Years: 1968 Time Capsule” is almost certainly the fact that during this limited-time promotional event, gasoline at this station only costs 34 cents per gallon! 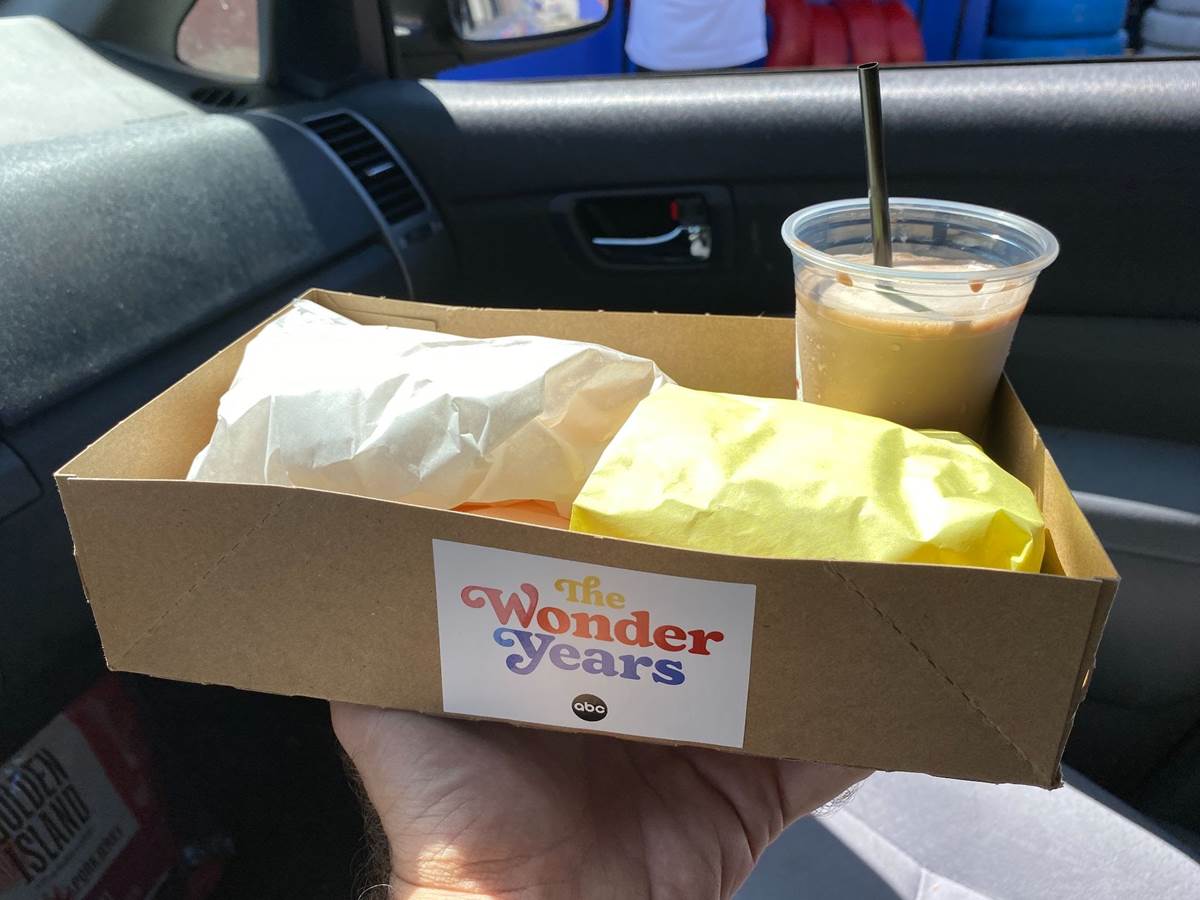 “The Wonder Years: 1968 Time Capsule” runs today and tomorrow from 11:00 AM until 7:00 PM at the corner of Highland and Franklin in Hollywood, California. The Wonder Years premieres Wednesday, September 22 on ABC Network, and you’ll be able to stream the new series the next day on Hulu as well. 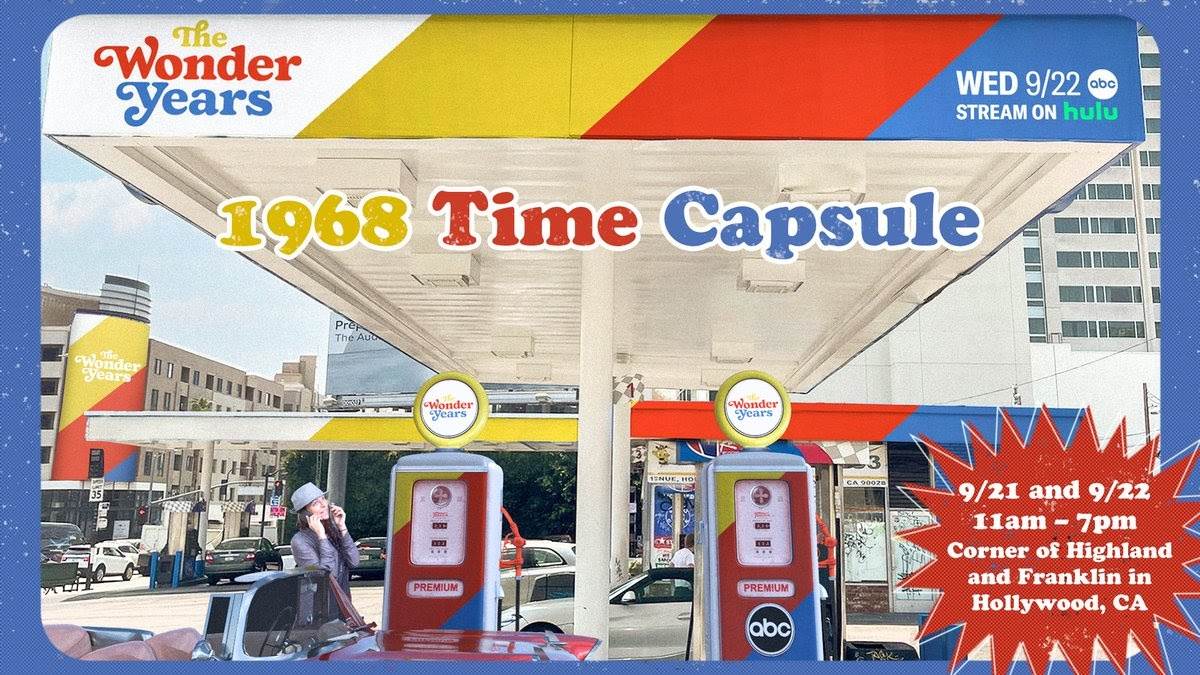