The alien-focused second story of American Horror Story: Double Feature continued this week and it dives into some more of the history of the relationship between humans and aliens. It also continues the present day story with the group of four young pregnant friends. 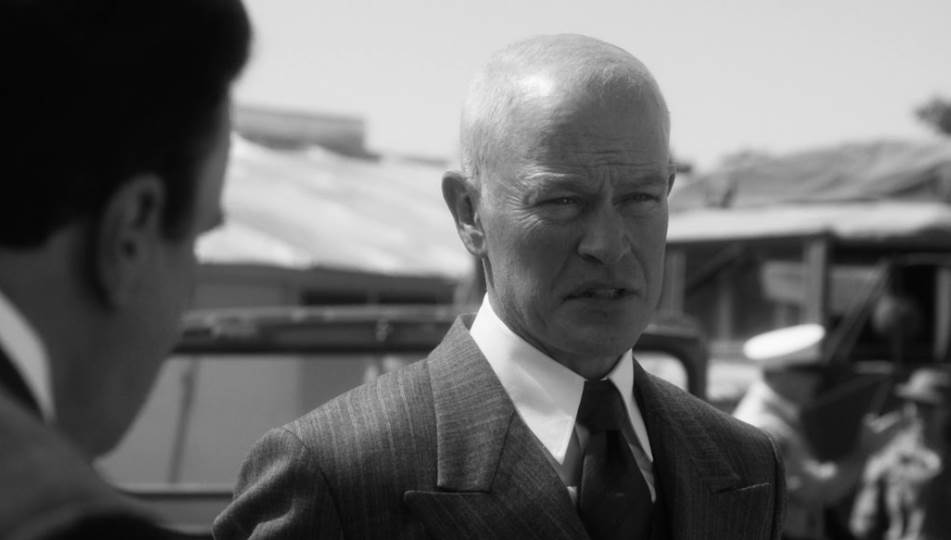 The episode opens with Ike and Richard Nixon discussing the prospect of letting now-President John F. Kennedy in on their secret treaty with the aliens. Nixon is strongly against the idea, but Ike eventually decides to give the President the truth, which he does not take well.

That night Nixon calls Ike to let him know Kennedy has created a new group dedicated to studying these aliens and also plans to go to the press with the information. Nixon tells Ike to be prepared for anything. The next day, the Eisenhowers watch on TV as the news breaks that Kennedy has been assassinated.

We then jump back nine years to see how Ike handled the initial interaction with the aliens. In a meeting with military personnel, the possessed woman we met in the last episode enters and lets them know they are simply doing whatever it takes to ensure the survival of their people. One of the soldiers objects to any deal with the aliens and draws his gun, but has his head exploded by the alien. The alien then lets Ike know they’re not going to wait long for his answer and releases the woman of her possession for just a second before also exploding her head.

Ike is then taken to the room where Earhart was supposed to have given birth. However, the alien creature killed everyone in the room, including her, and is still alive in the room. Ike takes a gun and a few soldiers and they go in and kill the alien baby.

Back home, Ike tells Mamie all about how much he is doubting this deal he’s made with the aliens. The next day, Mamie invites Nixon to their home without Ike there. She tells him about the aliens and convinces him to encourage Ike to go forward with the alien treaty, threatening him with the prospect that he would never become President otherwise.

Nixon meets with Ike and informs him that he knows all about the aliens. Ike sees a handkerchief Nixon took from his home and deduces that he learned about the aliens from Mamie. When ike confronts his wife, he learns that she has actually been possessed by the aliens, a twist I genuinely did not see coming. The alien threatens to kill Mamie if he doesn’t make the deal with them. 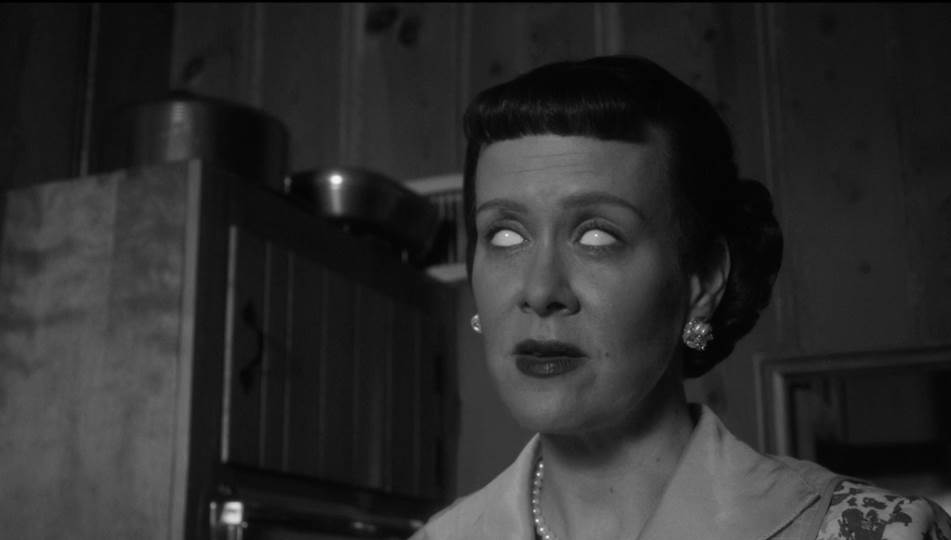 Back in present day, the group of “pregnant” friends rush to see a doctor. After performing an ultrasound on Jamie, the doctor rushes out of the room and tells them to wait there. While she is on hold, waiting to relay what she saw to another doctor, some shady government types enter, confirm that she has told no one what she saw, and kill her.

Meanwhile, the friends use the ultrasound on Troy to see that the “baby” inside him is definitely not human. The government agents then forcibly enter the room and begin rounding up the friends and sedating them.

Kendal wakes up in a white room, where she sees several other “pregnant” people levitating horizontally with IVs attached to them. She begins to panic before a tall being wearing a mask enters the room and calms her down. She tells Kendall that she and the others are providing hope to save a world, but points out she’s not talking about Earth. She then waves a hand over her head and renders her back unconscious.

Kendall then wakes up in a sort of cafeteria, where she sees a blonde woman speaking with Steve Jobs a table over. Her friends then enter and sit at the table with her, relieved to see her again. Kendall tells them about what she saw when she woke up in the other room and the blonde woman, who is now sitting with the group, encourages her to stop talking. The woman talks about how she has been coming back to this mysterious facility since the 60s but for most people it’s “one and done.” When Troy asks if that means they can go home when this is over, he is met with silence.

Troy starts to freak out and demands information from the staff in the cafeteria. When he gets violent, some agents come over and sedate him again. He wakes up on an operating table and the tall masked figure enters. Troy demands answers again but is simply told “life must find its own way.” We can see the “baby” moving in his stomach and he screams in pain as the episode comes to a close.

This episode furthers the gap between the pst and present day stories. The story of Ike and his treaty with these mysterious aliens is without a doubt the superior half of this new story. However, through two episodes, this is proving to be the better of the two Double Feature stories as well. At the very least, it’s certainly going to keep audiences coming back on a weekly basis.