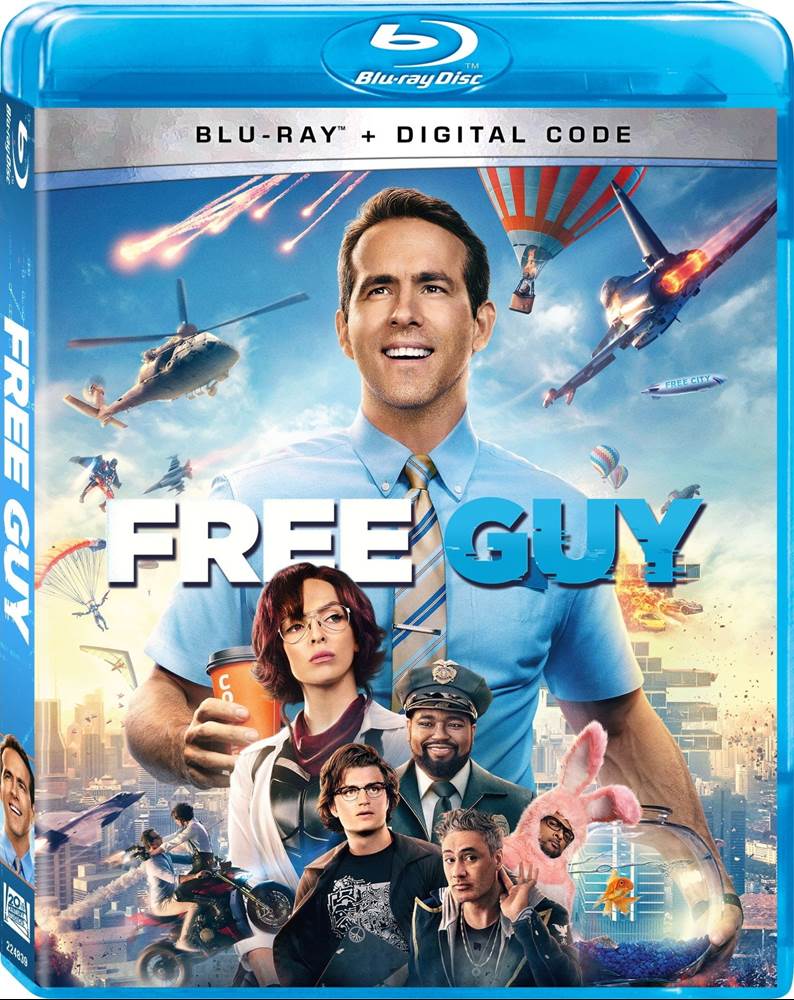 The only non-franchise-based film to catch on at the box office in 2021 has been Free Guy, released this past August by 20th Century Studios. The film that helped convince Hollywood to get back to traditional theatrical releases is now available to bring home on Blu-Ray and 4K Ultra-HD. Directed by Shawn Levy (Night at the Museum) and starring Ryan Reynolds (Deadpool), fans can return to Free City as often as they like.

Guy (Reynolds) doesn’t have a good life in Free City, he has a great life. But when Molotovgirl (Jodie Comer) opens his eyes to the bigger world around him, he discovers that he’s actually just a side character in a video game world controlled by a corporation with a greedy CEO (Taika Waititi). Together, Guy and Molotovgirl face off against the world to do the right thing.

Full of hilarious surprise cameos and with tongue-in-cheek jokes at the video game industry, it’s easy to see why Free Guy became such a hit with audiences. With a sequel already in pre-production, if you missed seeing it on the big screen, there’s no better time to experience it than the present. On disc, it comes with nearly an hour of bonus features in addition to multi-format viewining options.

The Blu-Ray disc comes with an English 7.1 DTS-HD Master Audio mix in addition to English 2.0 Descriptive Audio, plus Fench and Spanish 5.1 Dolby Digital.

Free Guy comes in a standard single-disc Blu-Ray case. Inserts include a digital copy code through Movies Anywhere, which also awards the redeemer 150 points through Disney Movie Insiders, and a flyer for Disney Movie Club. There aren’t any previews on the disc.

Free Guy is fun from start to finish and the home video release highlights some of the behind-the-scenes fun with nearly an hour of bonus features. Fans looking to bring the film home should also be aware of several retailer exclusive options.