What If “Marvel’s What If…?” Has a Much Bigger Role to Play in the Marvel Cinematic Multiverse?

Over the course of nine weeks, Marvel’s What If…? told hypothetical stories set in variant versions of the Marvel Cinematic Universe. Getting into these alternate timelines allows us to see very different versions of our favorite characters and watch them live out a different fate.

But what if Marvel’s What If…? is doing so much more than that? What if this new Disney+ series is actually telling us stories and introducing characters that will eventually intersect with the larger MCU? Given the history of the Marvel multiverse, it’s very possible.

The idea of the multiverse has been tossed around in the MCU a lot lately. First, we learned the title of the upcoming film Doctor Strange in the Multiverse of Madness. Then we got teases of its presence in projects like Spider-Man: Far From Home and WandaVision, though both of those wound up being misleads.

Eventually, we got to Loki and things started to get very real. The timeline was shattered and the door was opened when Sylvie killed He Who Remains in the season finale of the Disney+ series. The benevolent villain warned us of what’s to come, now we’re just waiting for its arrival. 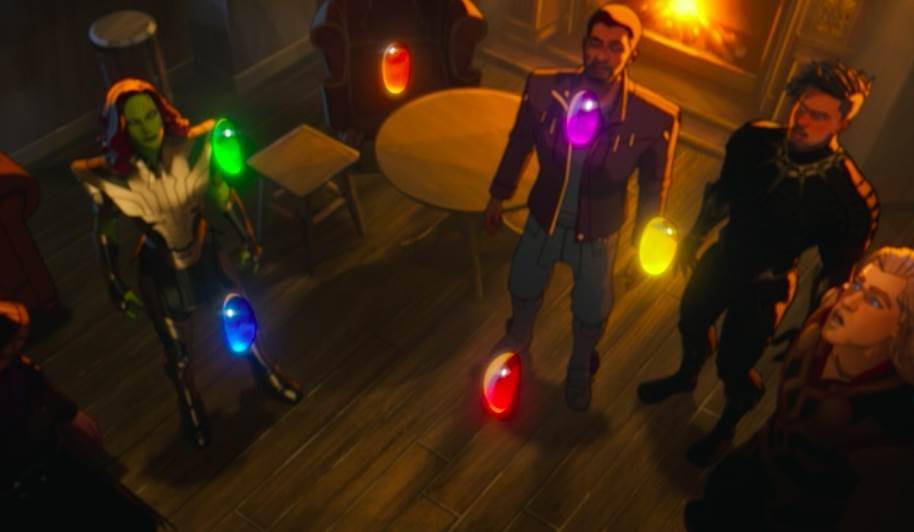 So where does What if…? come in? The series has been spanning and, in its season finale, almost destroying the multiverse. And while it will be hard for most Marvel fans to associate this animated series with the live-action movies they’ve loved for years, that might be exactly what they need to do.

More than any other project so far, What If…? has given us a real look at the multiverse. We’ve seen all kinds of variants of our favorite heroes, from a super soldier Peggy Carter to a frat boy Thor. But perhaps we haven’t seen the last of these characters. Yes, we know Captain Carter will return in the second season of What If…?, but it seems possible the door is open for much more.

Just imagine what the next “Portals” scene could look like when Captain Marvel, Spider-Man and Thor are joined by Captain Carter, T’Challa Star-Lord and… well, Thor. Fans of this animated series would be thrilled to see these characters step into the live-action world, and thanks to the endless possibilities of the multiverse, it wouldn’t be crazy. The storytelling precedent is there, thanks to Marvel Comics story arcs like “Secret Wars (2015),” which sees characters from multiple universes brought together to fight a battle in a brand new one, and even sees the death of a universe.

I’m not necessarily saying “Secret Wars” is coming to the MCU, but it’s certainly one of the stories that could be told thanks to the new presence of a multiverse. It’s also one fans have been hoping to see for a long time, so it would make a lot of sense.

The multiverse is already at work, seemingly bringing Sony’s Venom into the picture with the post-credits scene of the recent Venom: Let There Be Carnage. I wouldn’t expect him to be the only one joining the fun. We just might see some other familiar faces long with him, including some of our favorite characters from What If…?.