With Marvel Studios’ Black Widow now available for everyone on Disney+, Marvel also gave a behind-the-scenes look at the making of the film with Assembled: The Making of Black Widow. The docuseries continues with a look at the highly anticipated and long-overdue solo film for Natasha Romanoff which delighted fans when it his theaters and Disney+ with Premier Access earlier this year. Now, fans can see all of the unbelievable work that went into creating this remarkable film. 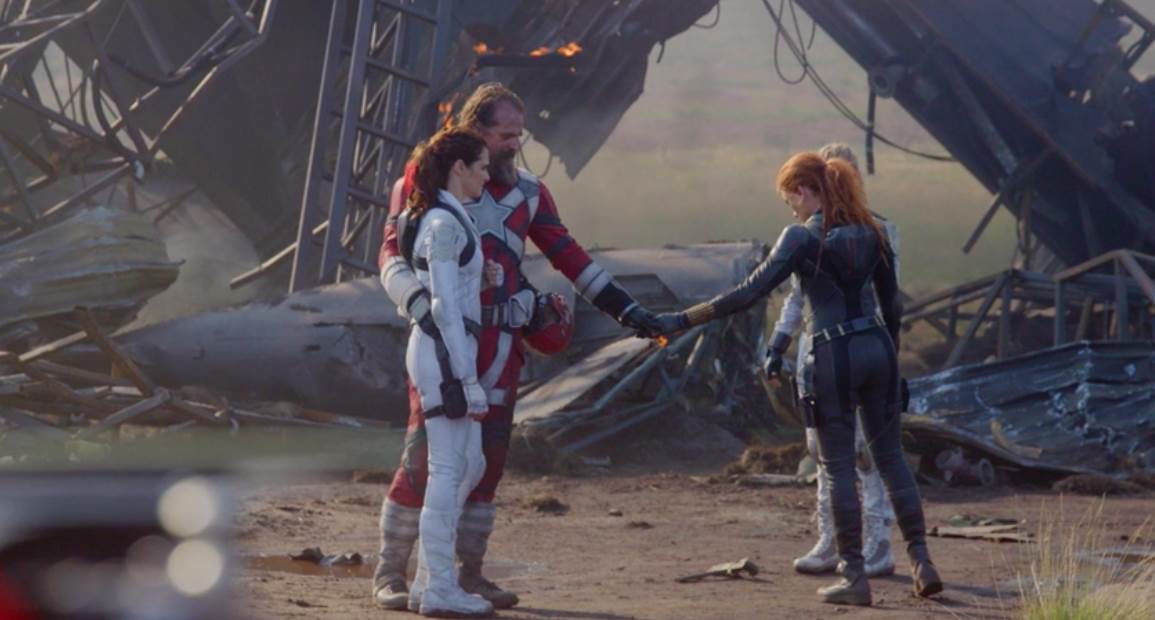 One of the best parts of each one of these documentaries is simply getting to hear from the cast about how they approached their characters and the work that went into bringing them to life. The chemistry that is displayed between Scarlett Johansson (Natasha Romanoff) and Florence Pugh (Yelena Belova) is tangible and it’s great ot see how excited Pugh is to be joining the Marvel Cinematic Universe.

David Harbour (Red Guardian) also stands out by providing some humor in this documentary, especially in regards to his handling of stunts. While Pugh talks about being so excited to really be this superhero and getting to do her own stunts, Harbour is more than happy to sit back and watch someone else do all of the action scenes because he knows someone else is better at it than him.

One of the biggest surprises of the film was the change made to the character of Taskmaster, who is male in the comics but female in the film. Writer Eric Pearson talks about changing the character and it’s great ot hear how the team at Marvel is not afraid make these kinds of alterations and take risks because it allows them to pull together what is really an original story they’ve been telling over the pats 10 plus years.

Another segment that stands out is when we get to hear from costume designer Jany Temime, who talks about the design of the Taskmaster suit, which is also changed quite a bit from the comics. The insight on how the design needed to be visually impressive and yet still functional in an actual fight is fascinating. Tamime also returns several times throughout the doc to talk about some of the other costumes, including Natasha’s and Yelena’s and it is equally as interesting to hear about their new suits. 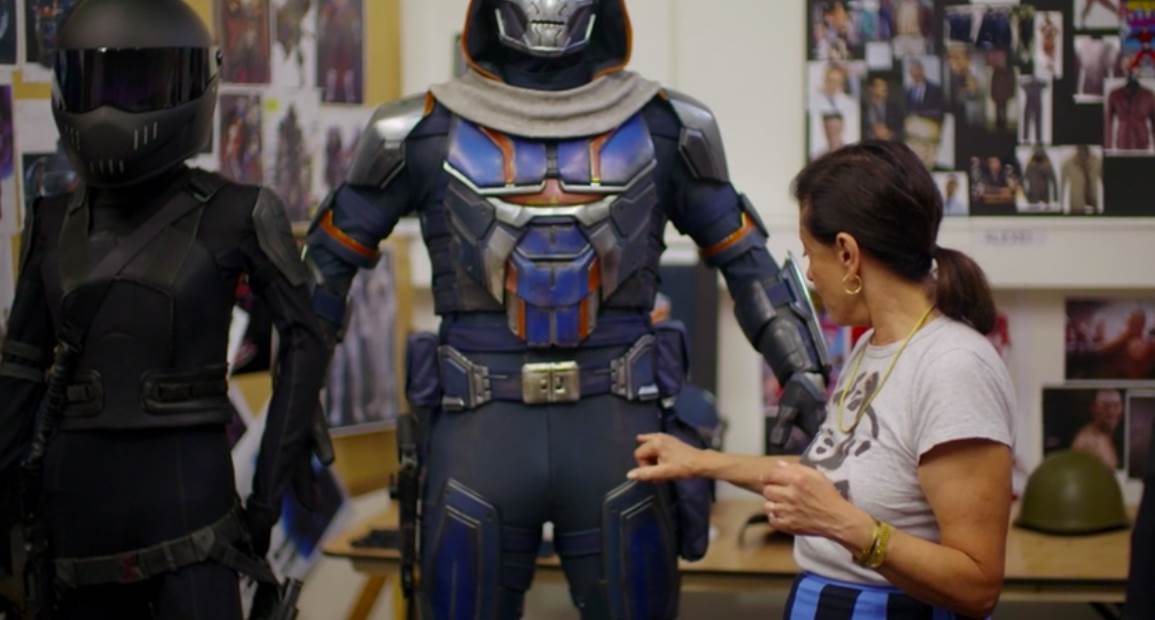 The cast and crew gush about how great Johansson was not only as the lead actor in the film but also as a producer. They talk about how she’s been playing the character for so long that she basically is Natasha. It’s especially powerful hearing Pugh talk about Johansson’s work over the past decade and how she is the woman at the front of this female superhero movement.

We walks get a very interesting look at the choreography in the action for the Widows form the Red Room. The almost ballet-like movements are incredible to watch in the movie, but getting to see their training is even more fascinating. They also give a more detailed look at these characters and how it was important to them to show what these women have been through and what it means for them to have their lives back at the end of the film.

Of course, the documentary gives a look at the production design for some of the more elaborate sets used in the making of this film. The setup for the prison fight scene stands out as production designer Charles Wood talks about how the fake snow on the set is actually salt. He shares a story about creating this set and explains that it took them four days to get it just right. Then, the night before they were set to film the scene, rain washed all of the salt away and they had to set it all up again in just four hours. 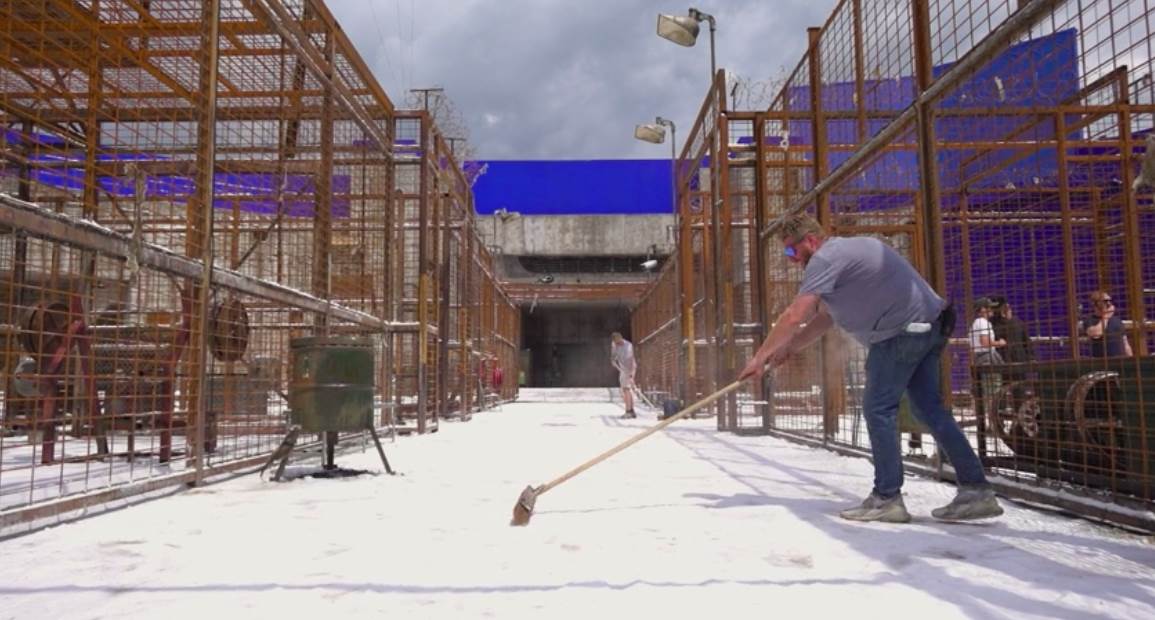 Johansson raves about the stuntwomen that worked on the film as we see them play out a scene where they stumble out of freezing cold water. Interestingly, the documentary names a couple of stunt women but does not call out Heidi Moneymaker, who has been doing stunts for the character of Black Widow for a long time and was even the subject of an E60 documentary.

Johansson and Pugh also give us a look at how they handled some of the big action sequences, like the explosive chase scene which was surprisingly heavily practical. They give us some of the secrets regarding how they shot a lot of that sequence, including stuntwomen on actual bike while they were being pulled on a camera/bike rig. 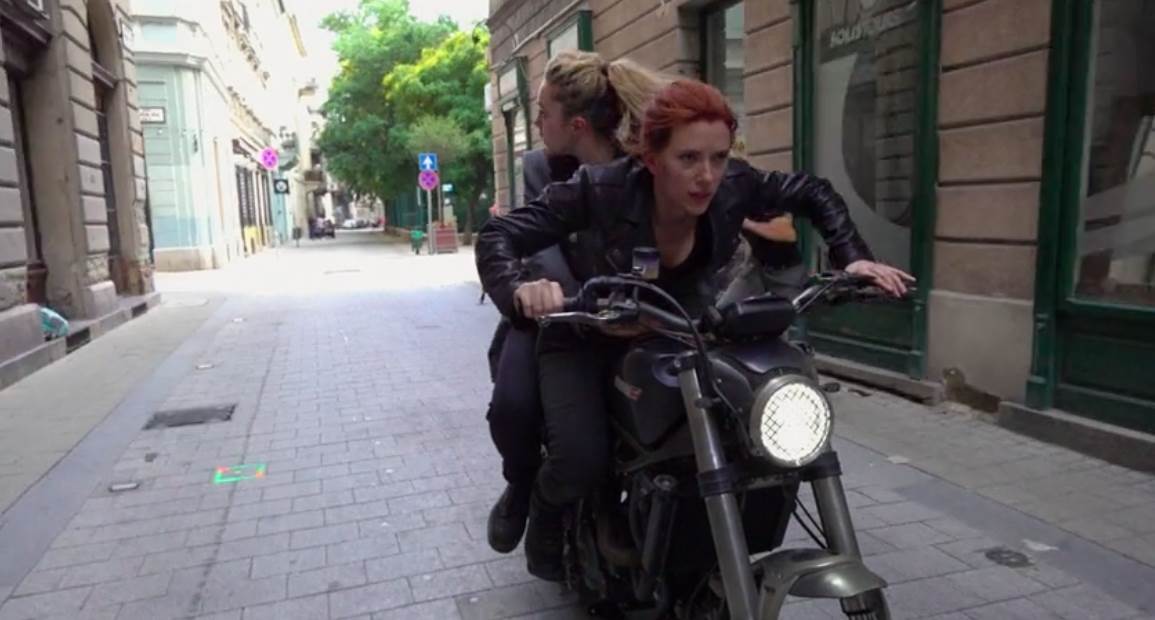 Marvel Studios Assembled continues to give audiences and even deeper appreciation for the shows and movies they love. It was interesting getting our first behind-the-scenes documentary on a Marvel movie, as opposed to the series on which the previous docs have focused. In the end though, Assembled: The Making of Black Widow really didn’t play all that differently from the previous editions, which shows how consistent Marvel is with making any one of their projects, whether it’s a blockbuster movie or a straight-to-streaming series.

You can watch Assembled: The Making of Black Widow as well as Marvel’s Black Widow on Disney+ now.