Movie Review: Wes Anderson’s “The French Dispatch” Is A Love Letter to the Art of Writing In His Unique Visual Style Ever since the release of Rushmore over two decades ago (I went back and discovered his first film Bottle Rocket later on), I’ve considered Wes Anderson among my favorite contemporary filmmakers. His unique visual flair and almost dollhouse-style tendency toward impeccably precise mise-en-scène and droll, chuckle-worthy dialogue set him apart from other auteur writer/directors of recent years. 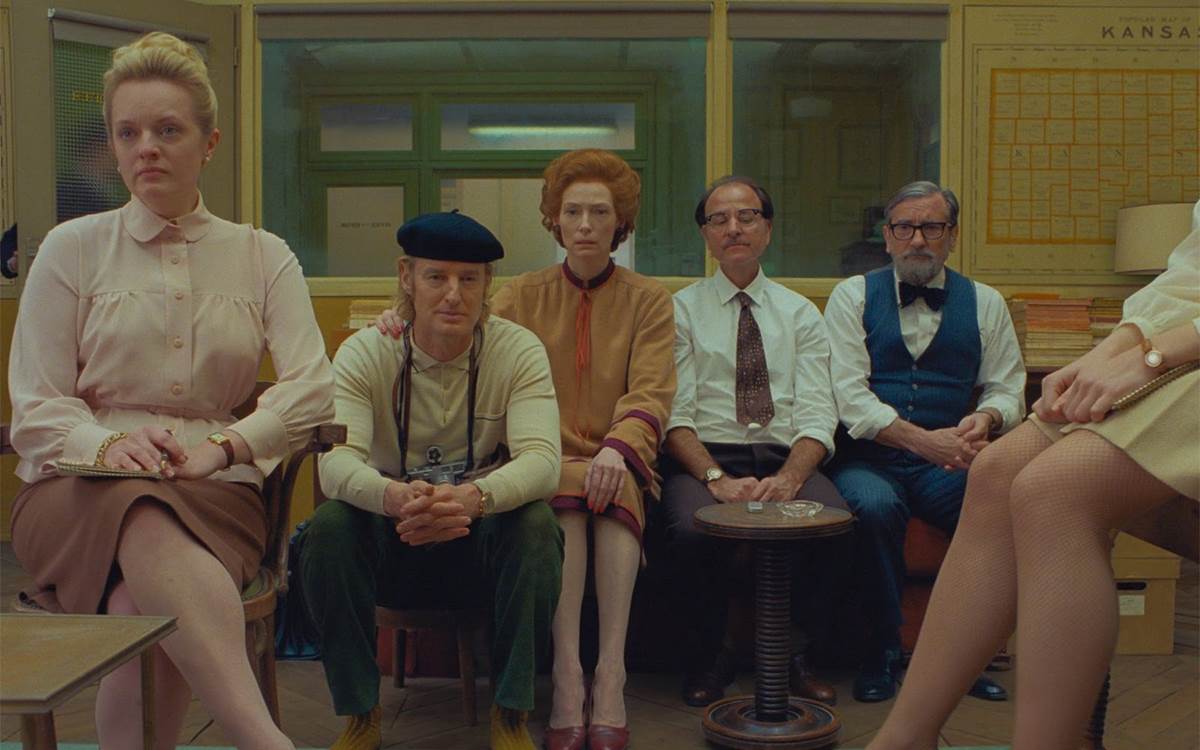 The French Dispatch is notably Anderson’s first anthology picture, with the 103-minute runtime split into four individual parts, plus a throughline involving the death of a longtime magazine publisher named Arthur Howitzer, Jr., played by Bill Murray (The Life Aquatic with Steve Zissou). Howitzer lives in the picturesque small town of Ennui, France alongside a number of intellectual American writers he’s taken under his wing to help cobble together the titular publication, issued as a “little-read” supplementary section to a newspaper in Kansas. These writers document life in Ennui and relate to their stateside readers narratives about the quirky characters who reside there.

First, as a prologue, Owen Wilson delivers a treatise on the history and idiosyncrasies of Ennui. Then we get a story about a convicted double murderer / “genius” modern-art painter (Benecio Del Toro of Guardians of the Galaxy), his muse (Blue Is the Warmest Color’s Léa Seydoux) and his art dealer (Adrien Brody of The Grand Budapest Hotel), all being profiled by a French Dispatch writer played by Tilda Swinton. Next, Frances McDormand plays another writer who involves herself a bit too much in the life of the young revolutionary embodied by Timothée Chalamet (Call Me By Your Name). Lastly, Jeffrey Wright (What If…?) relates the tale of a master chef (Fargo’s Steve Park), his boss (Mathieu Amalric of The Diving Bell and the Butterfly), and the kidnapped son (newcomer Winsen Ait Hellal) who becomes the center of a madcap plot driven by a devious chauffeur (Edward Norton from Moonrise Kingdom). 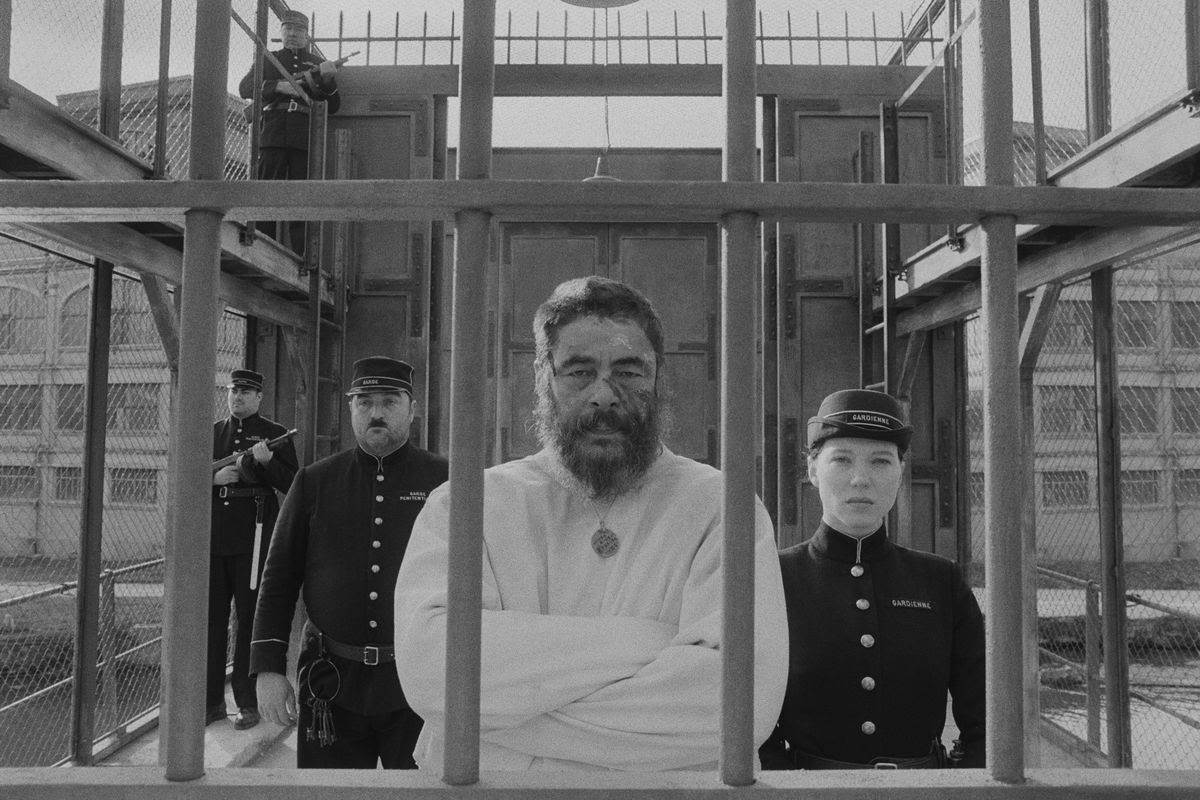 It’s a stacked cast, to be sure, mostly made up of Wes Anderson regulars (I haven’t even mentioned the dozens of other recognizable actors who have fun cameo appearances)– though the freshmen class are all welcome additions, likely destined to pop up in the next one. But the real treat here, as always, is getting to live inside the intricate clockwork of the filmmaker’s brain again for another couple hours. Each and every shot could be freeze-framed and analyzed, with the details of the production design providing just as much background information about the characters as their lines or actions. Cinematographer Robert Yeoman (The Royal Tenenbaums) delivers glorious black-and-white photography punctuated by the occasional full-color shot or sequence for emphasis throughout.

It’s interesting to see Anderson tackle a different structure, all connected by a humanistic theme, in the service of a genuinely touching overarching eulogy for a fictional magazine publisher working in an idyllic, vaguely 1960s-set French city that never existed. Not all of the stories work as magnificently as the others, but each of them is entertaining and briskly paced, never overstaying their own welcomes, and all of them at the very least charming enough to leave me wanting more. The French Dispatch is a love letter to the art of writing, told in a labyrinthine Rube Goldberg-esque visual fashion that is unmistakably, uniquely Wes Anderson.

The French Dispatch is now playing in theaters nationwide.

My rating: 4 out of 5 tasty poisoned radishes.