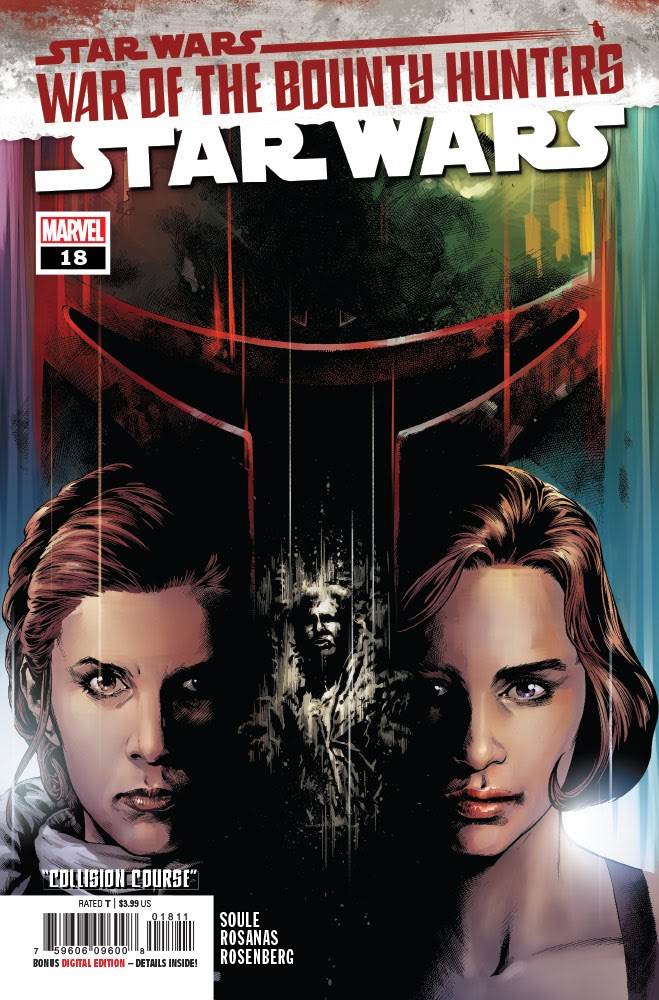 The main action may have come to an end in the Star Wars: War of the Bounty Hunters miniseries, but this year’s big crossover event continues in the pages of Marvel’s ongoing Star Wars comic book today via issue #18 of its second current-canon volume.

Star Wars #18 takes place after the conclusion of War of the Bounty Hunters #5, with Boba Fett having recaptured the carbonite-frozen Han Solo and taken him to Jabba’s Palace on Tatooine. But Princess Leia doesn’t know this, having seen Han plummet through the exploded floor of Darth Vader’s Super Star Destroyer Executor, and now assumes her would-be paramour to be deceased. Leia and Chewbacca mourn their loss in the hold of the Millennium Falcon, while Lando Calrissian assures his loyal friend Lobot he’s going to have his cybernetic implants repaired upon returning to Tatooine. Then they’re interrupted by an unexpected sight: Crimson Dawn’s flagship the Vermillion, which intercepts the Falcon and sends a transmission from the criminal organization’s current leader: Lady Qi’ra. Han’s former flame wants to speak with Leia, and most of the remainder of this issue is dedicated to a face-to-face conversation between these two powerful women. It’s a meeting at least three and a half years in the making in real-world time (since the theatrical release of Solo: A Star Wars Story) and I believe nearly 15 years in the Star Wars chronology since Han and Qi’ra parted ways on the planet Savareen. It’s a fascinating thing to see, and something that could probably never happen in a live-action medium due to the loss of Carrie Fisher, so I’m thankful writer Charles Soule and the powers that be at Lucasfilm chose to include it in these comics. 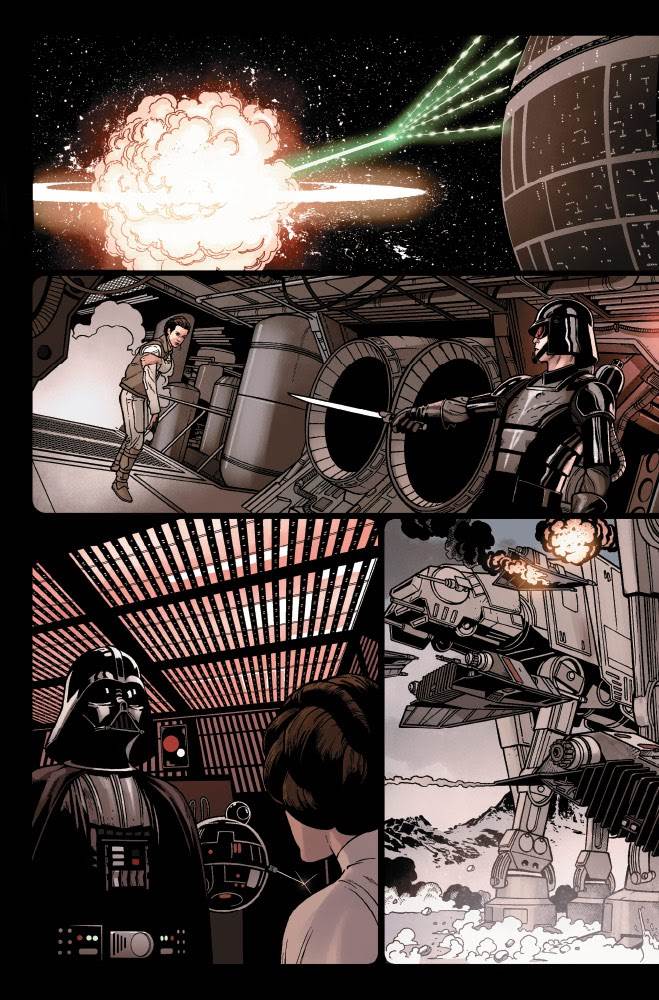 Qi’ra tells Leia about her past with Han, growing up on Corellia, and how she always saw a good side hiding underneath Solo’s irascible scoundrel persona. She also informs the Rebel Alliance leader that Crimson Dawn has operatives working in all corners of the galaxy, including the Galactic Empire, and that her intent was to orchestrate a reunion between Han and Leia after getting what she needed from that carbonite block– though Leia is having none of it due to her grief and anger. It’s a tense discussion with plenty of crisp dialogue from Soule’s pen, and the gorgeously staged illustrations by artist Ramon Rosanas and colorist Rachelle Rosenberg go a long way in conveying a properly somber tone for the proceedings. I must admit I vastly prefer intimate character studies like this to comics that rely more heavily on action to convey their stories, and I loved getting to see these two very different fictional personalities bounce off each other amid such a heart-wrenching time for Leia and the rebels. Naturally the comic concludes with (SPOILER ALERT) Qi’ra revealing that Han is still alive, temporarily putting Leia in her debt, but I doubt their relationship will remain amicable for long, especially with Crimson Reign approaching. Until then, this is a great button to put on the end of War of the Bounty Hunters, and another really remarkable example of Charles Soule’s uncanny ability to capture the voices of the Star Wars universe. 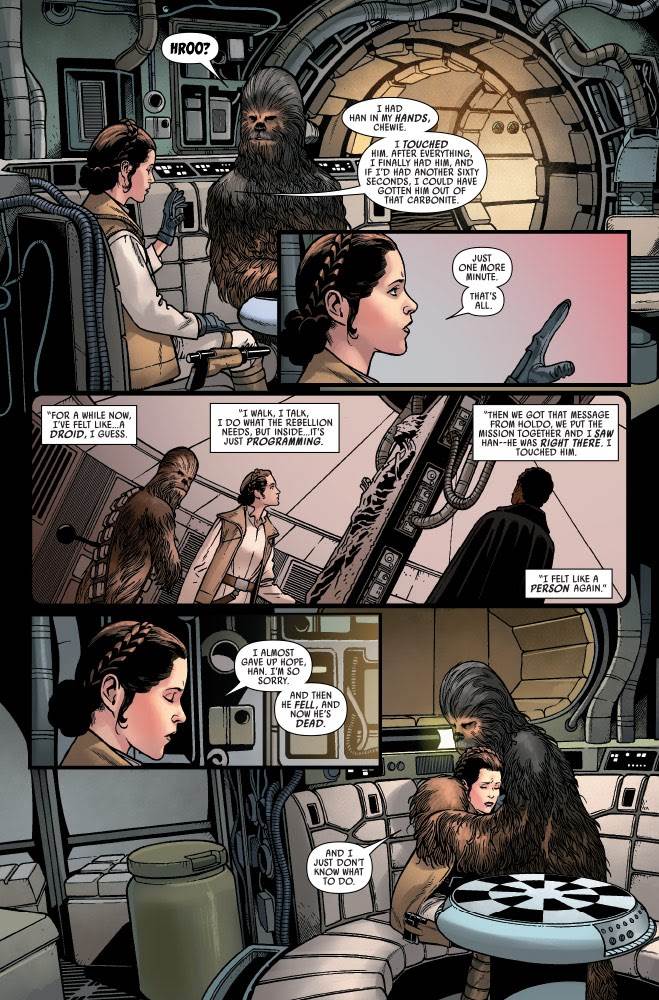 Star Wars #18 is available now wherever comic books are sold.