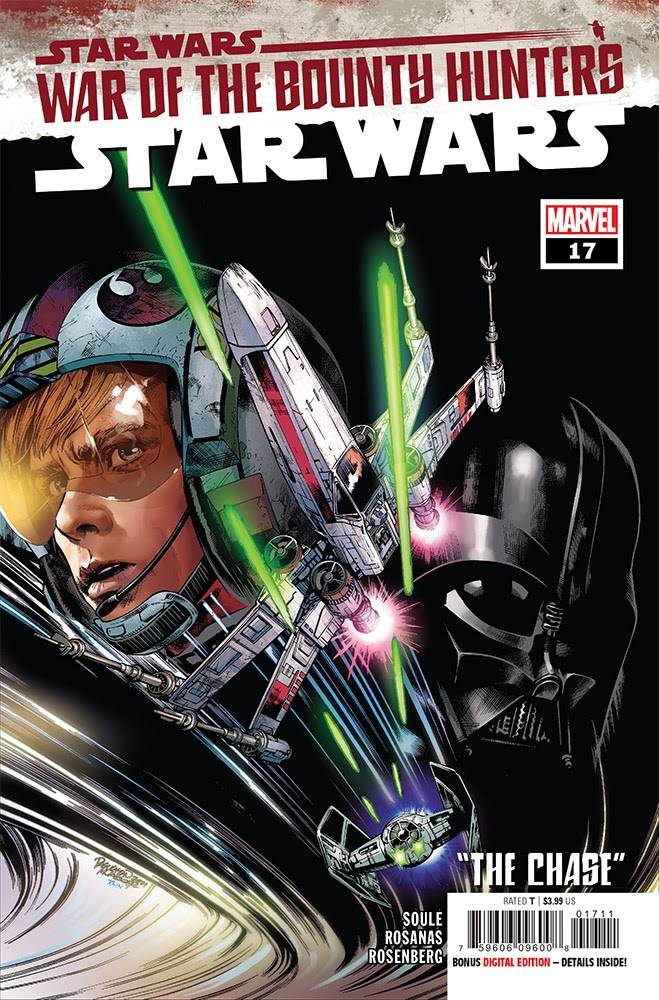 With Marvel’s Star Wars: War of the Bounty Hunters comic-book crossover event winding down over the next month, the individual tie-in issues have been putting their pieces in place for the big finale. And in the main Star Wars title, that means Luke Skywalker is facing off against his father Darth Vader in a starfighter battle above the planet Jekara, where Crimson Dawn’s auction for the carbonite-frozen Han Solo recently came to a dramatic close.

Star Wars #17 begins with Luke using his X-wing to lead Vader’s TIE Advanced away from his friends for a chase among Jekara’s polar ice caps. This is a pretty exciting action sequence, with the young would-be Jedi figuring out how to use the perilous frozen terrain to his advantage. From there, writer Charles Soule cuts to the interior of the Millennium Falcon, where Princess Leia, Lando Calrissian, Chewbacca, and Lobot are desperately scrambling to get the ship back up and running after a seismic charge from Boba Fett’s Slave I knocked it out of commission at the end of the previous issue. This leads to some wonderful character moments between Lando and Leia, and this chapter (entitled “The Chase”) proves to be a pivotal juncture in the scoundrel’s between-movie arc. Soule continues to demonstrate his uncanny talent for capturing these specific personas’ voices– as has frequently been the case in his comics, I can almost hear the dialogue coming out of a younger Billy Dee Williams and Carrie Fisher’s mouths. Not too long ago, it seemed like Lando was still willing and able to sell out the Rebel Alliance to the highest bidder, but by the end of this installment I was thoroughly convinced of Leia’s ability to turn him around on matters of principle. Plus, there just so happens to be a beat where our old gambler friend reconnects with a certain droid’s artificial intelligence introduced in the underappreciated Solo: A Star Wars Story. These emotional connections genuinely got to me, and definitely made me appreciate Soule’s ability to shoehorn actual character development into such an otherwise high-concept storyline. 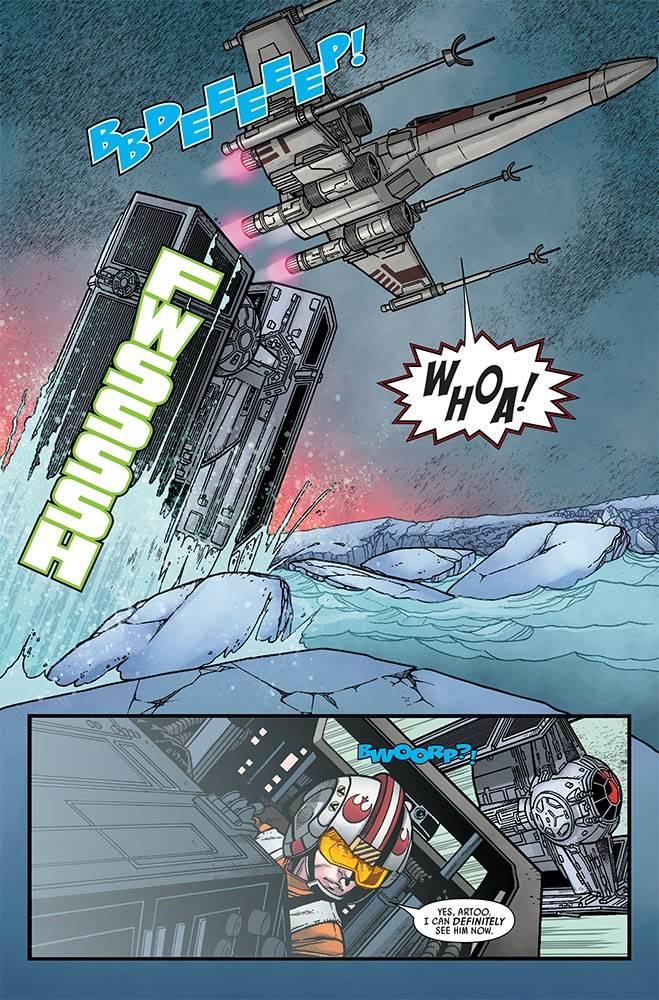 I do still think it’s at the very least a tiny bit silly how many times Luke and Vader have now come into contact with each other in the space between films, but their interaction in this particular comic is action-heavy enough to nullify any potential incongruence with their eventual reconnection in Return of the Jedi. It’s a little funny how they basically keep deciding not to do each other any real harm in these clashes– almost as though they know they’re not supposed to kill each other yet because there’s more story to come. Regardless of the questionable happenstance, this issue is so well-written by Soule and beautifully illustrated by artist Ramon Rosanas that I honestly can’t find too much to complain about. I love that– except for the arrival of the Hutts– it doesn’t overlap too much with what we already saw in the War of the Bounty Hunters miniseries, instead zooming in on Luke and the crew of the Falcon to give their perspective on the current state of affairs. In my opinion that’s how these crossover events should work, and I applaud the Star Wars creative team for pulling it off successfully. 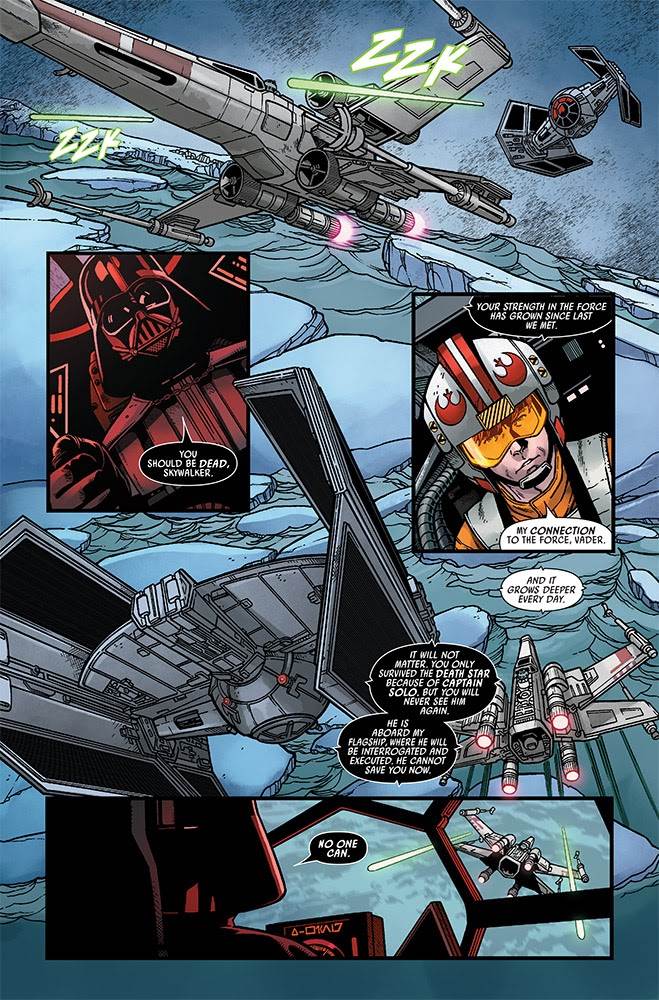 Star Wars #17 is available now wherever comic books are sold.