TV Recap: “Queens” Shows How Cheating Complicates Everything in “Ain’t No Sunshine”

A sudden, unexpected death causes major changes in the lives of the girls and has some taking the opportunity to make the most of their situations. Jojo is closer to learning the truth about her father and Jill realizes that she might not be ready for a monogamous relationship. 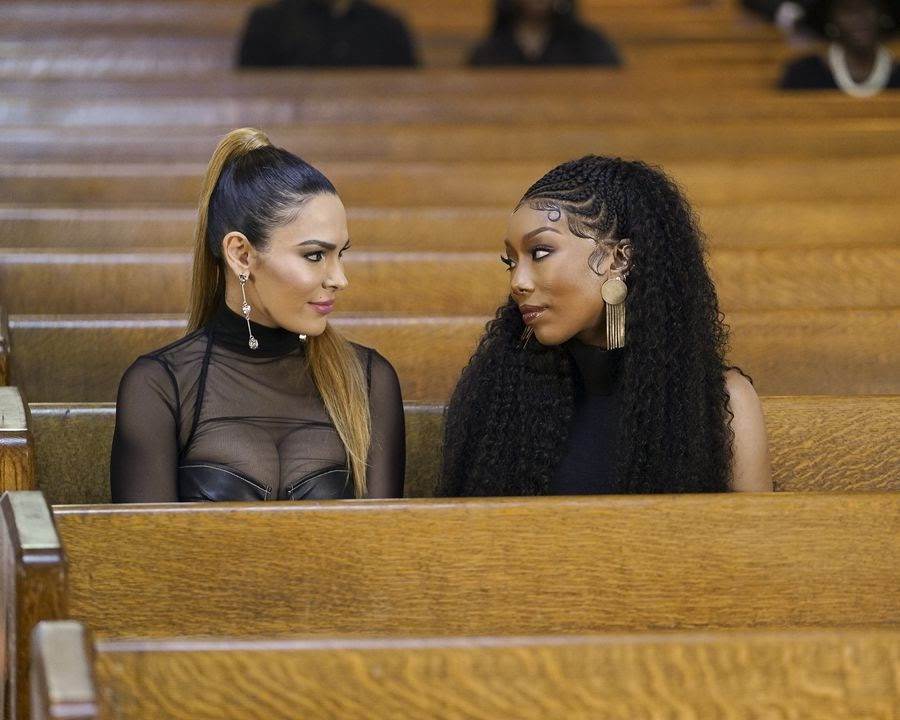 Last week as the episode ended, I was under the assumption that Brianna’s (Eve) husband, Jeff (Ronreaco Lee) was asleep, but it turns out he’s actually passed away. Brianna lays next to him for a few minutes and then calls 911. She’s stoic and seems at a loss for what to do. She keeps thinking to herself “give the kids one more night of peace.” Her children wake up as the paramedics arrive, but they’re unaware of what’s happening. They ask if Jeff’s still going to take them to the Lakers game that night.

Jeff’s 1/8 Peruvian mistress/student calls his phone but Brianna ignores it. She goes to her car and turns on the radio hearing the midnight release of Queens’ (no longer Nasty B*tches) new single. Back inside, she sits up all night and her memories flashback to last month. In the morning she makes pancakes and listens as her kids talk about basketball. She stops them and then reveals the sad truth.

Eric (Taylor Sele) goes to confront Naomi (Brandy) about being Jojo’s father. Jojo (Precious Way) is there and asks about Eric. Naomi barely introduces them when Brianna calls about Jeff.

Meanwhile, Jill (Naturi Naughton) wakes up to a text that Tina is in LA to surprise her. She tells Alicia (Rana Roy)—the reporter from Out—that she needs to leave. Alicia is lighthearted about the whole ordeal and tells Jill she’s acting as if Tina is her last relationship.

The girls and Eric gather at Brianna’s to provide comfort, support and help with planning the funeral. Everyone holds hands and Jill prays over the group, then she and Tina talk about how Jeff cheated. Jill starts to defend Jeff and says if what he did was unforgivable, then what she did to Darren with Tina is also unforgivable.

Eric corners Naomi in the house, but she refuses to tell him anything. Valeria (Nadine Velazquez) gets Eric to go outside and demands the truth from him, realizing that he was with both her and Naomi at the same time. She asks about their arrangement and he says Naomi wanted to keep it secret. Valeria questions if he’d have chosen Naomi if their relationship wasn’t secret. She tells him, “you’re the first person I told I loved…in my life.” 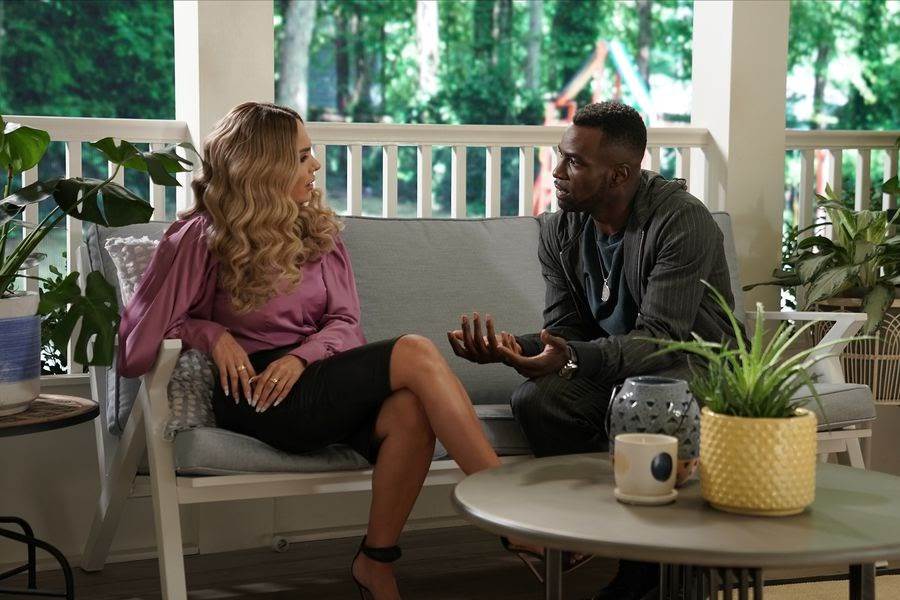 Alexis calls Jeff’s phone again and the girls are filled in on the details. Valeria says she should know what happened, but Brianna and Naomi definitely don’t feel the same way. So the next day Valeria pays Alexis a visit. She admits that she feels bad about what they did to Brianna, but she was in love with Jeff. She starts to cry and Val comforts her but says Jeff was the past, “don’t look back.”

Tina and Jill are on casket duty and Tina senses that something is up with Jill. She narrowly avoids the uncomfortable conversation that awaits by telling Tina, ”move in with me.”

Back at the house Naomi and Eric discuss what happened with Jojo and why she didn’t tell him. She found out she was pregnant right before San Diego and then learned that Val and Eric “stole” what was most important to her: her music. So she got in a car and drove east contemplating whether or not she wanted to keep the baby. Ultimately Eric’s life was his and Naomi’s life was hers. He understands but wants to know if she’ll tell Jojo. Naomi says that it should be her decision. He asks how he can trust she’ll do the right thing. “That’s always been our problem.”

Jill and Brianna talk about Jeff with Jill trying to rationalize his actions before she admits that she cheated on Tina. Eric walks in and asks what they’re talking about. “Caskets.” He inquires where he can find beer and Bri sends him to the basement. Jojo is enjoying a moment of quiet down there and tries to stop Eric from letting the door close since it locks from the outside. Too late! The two are temporarily stuck so Eric finds the beer and offers her one (now remember if she’s not quite 21, she’s pretty close).

Jojo talks about how good it is to get to see this part of her mother’s life and asks if he has any clues about who her dad is. He says he doesn’t and asks after all this time would she want to know? He tells her Naomi is proud of her and he knows her dad would be too. Naomi opens the basement door and asks Jojo to give them a minute. Eric promises he didn’t tell Jojo and he’s going to respect her wishes, but he wants to get to know his daughter.

Brianna suffers from writer's block working on remarks for Jeff’s funeral. She’s up all night and has absolutely nothing and goes into the bathroom and screams.

It’s the day of the funeral (I don’t know how much time has passed) and everyone shows up to the church before the service. Tina asks Jill who’s place they’ll move into but Jill does her best to avoid the conversation. Naomi and Val have a heart to heart admitting some truths they’ve been trying to ignore. Val encourages Naomi to tell Jojo and says Eric would make a great dad.

Jill takes a few minutes for confession and fully admits both of her infidelities. The Father recognizes Jill Da Thril and praises her for her bravery. He says he loves God and the priesthood comes with restrictions. He chose this life and knows he must make sacrifices for God, but wonders what it would be like if he took a different path.

Right before the service starts, Alexis shows up and Brianna gets up to handle it. She runs down the aisle and knocks Alexis to the ground. The girls pull Bri up and take her to another room. Everyone starts laughing and Bri invites Alexis in to talk. She asks if Alexis loved Jeff and the girl nods. “What did you love about him?”

Jill takes the time to tell Tina the truth. Tina says she knew, she had “a feeling.” She’s ready to move on if this was something Jill needed to get out of her system. “What do you want?” Jill doesn’t know. Tina says goodbye. Having her conversation with Alexis, Brianna is finally able to cry and mourn the loss of Jeff. She now knows what to say for her remarks. With the service back on, Jill sings while Naomi plays guitar and then Brianna speaks from her heart. A montage plays throughout the speech and song showing Naomi and Eric telling Jojo he’s her father. Brianna says Jeff wasn’t a great man. He was human, real. “He was flawed, but I loved him.”

Together Alexis and Brianna say goodbye to Jeff. The young girl starts crying then pukes in the casket. She apologizes profusely and Brianna realizes something, “you’re pregnant aren’t you?”