Well you don’t always come back as strong as you hope and a negative review has Nasty B*tches rethinking their music, personas, and name. Meanwhile Brianna still struggles over what to do about her marriage, Naomi and Jojo spend some time together, Jill is more candid about her sexuality, and Valeria embraces her history and finds her voice. Please note this recap contains spoilers for season 1, episode 3 “Who You Calling a Bitch?”

The girls are back, but their San Diego Forum performance wasn’t as great as the BET Awards show. A poor review of their return show highlights Jill (Naturi Naughton) forgetting lyrics, Brianna (Eve) taking an unexpected intermission to call her kid, and misstep by Valeria (Nadine Velazquez) that caused Naomi (Brandy) to fall down. But most importantly the reviewer notes the inconsistency of these women singing such lyrics now as compared to 1999.

Taking a break from talking about their show, the group shares what’s going on in their home lives. Brianna says Jeff’s (Ronreaco Lee) memory came back and Val tells her to seek out a lawyer and prepare for a divorce even if she doesn’t go through with it. Jill mentions how she cussed out a priest, and had decided to do an interview with Out magazine. Naomi is getting ready for Jojo (Precious Way) to come to LA and audition for a prestigious conservatory.

Back to business, they willingly admit that the performance sucked and try to figure out what needs to change. Val suggests new music. The idea of Nasty B*tches was subversive back in the day, but now their lyrics and personalities seem disingenuous. They need something that represents them now. Should they change their name? Naomi wrote their old music and Brianna wants to try penning some new stuff, mentioning that she’s a lyricist too. Naomi’s not thrilled but agrees to battle head to head with Bri. If Brianna wins each girl will write their own verse and they’ll compare. This leads to a pleasantly long hip hop showdown between the two divas who quickly resort to low blows and personal attacks. Naomi holds her own, but Brianna finishes strong and emerges the clear winner. A frustrated Naomi leaves. Each girl goes home to work on their individual verses

Brianna’s at home caring for Jeff and trying to make up her mind about what to do with her marriage. She visits a lawyer who tells her no matter how civil and easy she thinks it’ll be, getting a divorce is “going to war.” After the lawyer, both Brianna and Jeff are summoned to their daughter’s school as the elementary art teacher is concerned about what their daughter is learning at home. She has used the “b-word” and even made a “Nasty Bitch” necklace. Jeff quickly and rather eloquently defends the song and Brianna saying “the necklace is art. My wife's work is art.” She’s surprised but appreciative.

Jeff takes her to a local distillery and surprises Brianna by opening an anniversary cask saved from their wedding in 2005. He asks for forgiveness and wants to get back to where we were. Just then, Jeff’s 1/8 Peruvian mistress texts him. At home Jeff asks what he can do to make things right, and Bri tells him she saw a lawyer.

Jill is having a rather good interview with Out magazine. They want to know her coming out story which happened to be her very big reveal at the BET’s. The interviewer Alicia (Rana Roy) suggests their readers and her fans are going to be disappointed that she already has a girlfriend and this surprises her. Alicia offers to take her to a gay bar—off the record—and while it’s Jill’s first time hanging out with other lesbians she’s absolutely loving it. When she gets back to the hotel she ignores a call from Tina, but agrees to meet Alicia at a restaurant. Turns out they’re alone and not only does she want to show off Jill to the chef (her ex), she’s actually into Jill and starts to make a move. Jill leaves and calls Tina, but the ever persistent Alicia comes to her hotel and Jill lies to Tina. 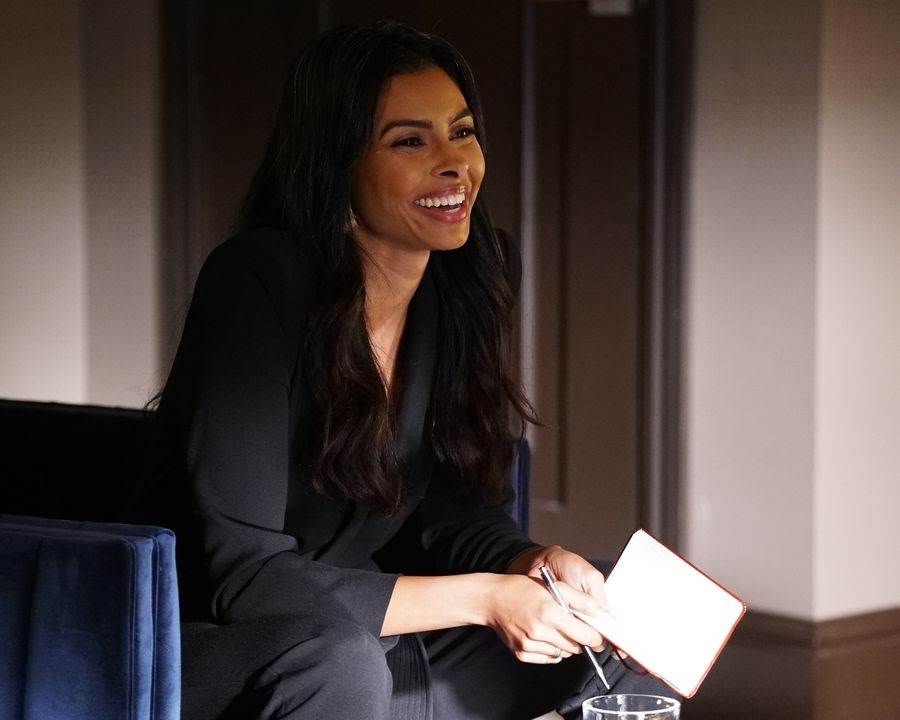 Naomi is thrilled to spend time with Jojo who’s in LA to audition for a music institute. The prestigious conservatory is mostly white, and the kids are snobby. Jojo strikes up a conversation with some boys, but they’re clearly prejudiced toward her musical upbringing. Jojo struggles with the classical piece during her practice session and she and Naomi get into an argument. She’s mad that Naomi gave up on her dream and decided to not sign to Cam’ron’s label.  She’s not sure she wants to pursue this opportunity. Naomi leaves, but comes back with words of encouragement and some new Jordans for Jojo.

Jojo plays the required classical piece from memory but puts her own spin on it, mashing up the song with a blend of pop and her mom’s big hit. She even raps (?) part of the “Nasty Girl” chorus. Naomi jumps to her feet clapping and cheering behind the judges. Jojo gets in and, feeling bold, asks for any info about her dad.

Valeria comes to Eric (Taylor Sele) for help. She tells him she can’t write/has no bars. She has the stage presence but lacks the lyrical magic that Bri and Naomi have. Eric wants her to let loose and takes her to a Puerto Rican restaurant that reminds her of a place in Queens. She reflects on her foster upbringing saying she was left at shelter as a baby, a Puerto Rican flag as the only clue to her roots. She knows men and women love her, she’s welcome wherever, but celebrated nowhere. She doesn’t believe in looking back and doesn’t do regret. But if she’s being honest she misses Queens.

After dinner and drinks loosen her up they go back to Eric’s place and Val writes and records her verse. A small but meaningful victory for Val. She and Eric get close, but they stop. He asks if she ever thinks about them and further states that she’d have been a great mother. But that wasn’t what she wanted. She says she was focused on her career.

After the day apart everyone shares their verses as a montage flashes through the things we’ve seen that brought them to today. But wait, here’s something new… a very unsingle Jill hooked up with Alicia.

Now that everyone has contributed to a new single, there’s joy in the studio. “We did it! We’re not Nasty Bitches, we’re Queens. Queens forever!” Not only do they have new music, but a new name that fits them perfectly. After their session, Eric listens to old Nasty B*tches music on his computer and conveniently plays a sample of Naomi saying she has life growing inside…playing house with someone who’s not her spouse. This information hits him hard and he replays the part several times thinking this means he’s Jojo’s father. Val hears it too and asks the same thing. Hmmm. So maybe it’s not Cam’ron.

Back at Brianna’s home she’s made a decision about her marriage. Jeff is in bed watching TV and she faces away from him as she reveals that she’s gonna let it go and try to get past his cheating. She loves him and their family. Jeff doesn’t respond, angering her. She turns off the TV and yells his name but he still doesn’t answer. Brianna climbs on the bed and feels for a pulse. She breathes a sigh of relief and reaches up to close his eyes before laying next to him.