TV Review: “The Simpsons in Plusaversary” Pays Irreverent Homage to the House of Mouse On Disney+ Day 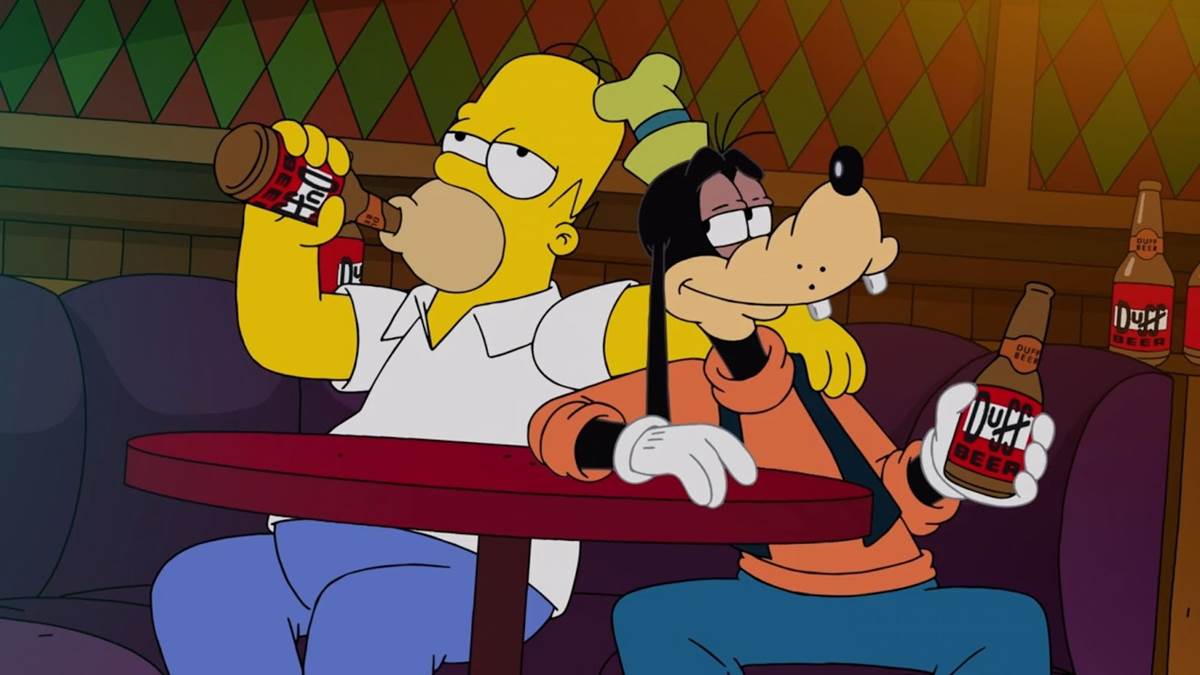 Ah, the streaming age… a wondrous time where it seems like anything is possible, but mostly because so many intellectual properties have been gathered under one giant corporate umbrella. That’s the tongue-firmly-in-cheek faux-cynical message delivered by the pretty funny (and very brief) new animated short The Simpsons in Plusaversary, produced by the prolific creative team behind the beloved long-running sitcom.

It’s the second anniversary of the 2019 launch of Disney+, and all the stars have gathered for a Disney+ Day celebration at Moe’s Tavern in Springfield, where Maui and Wreck-It Ralph are working as bouncers and Maleficent runs the check-in table. Homer Simpson (voiced, as always, by Dan Castellaneta) isn’t on the list, and he complains that Winnie the Pooh is allowed into the party: “He isn’t even wearing pants!” But when Goofy shows up without a (Disney) plus-one, Homer sees his chance and accompanies the intellectually challenged character into the bar. 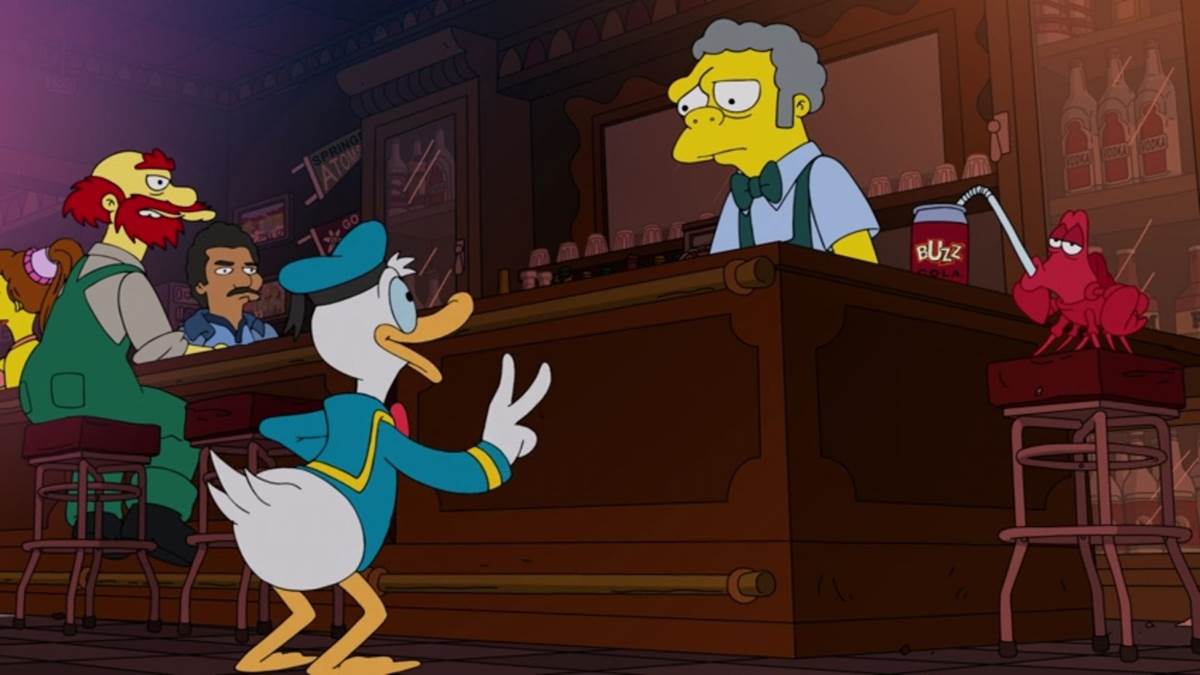 Inside, Darth Vader guzzles Duff, Doctor Strange uses his magic to cheat at pool, and Elsa helps the broomsticks from Fantasia fill the ice bucket. The Mandalorian handily defeats Buzz Lightyear in an arm-wrestling contest and Moe (Hank Azaria) thinks Donald Duck is choking due to his trademark speech impediment. There are some great gags like Homer not being sure whether Goofy is a cow or a dog (referencing the internet debate that won’t seem to die) and Happy the dwarf being confused for Grumpy (because “that’s how bad this party is”). When Lisa Simpson (Yeardley Smith) enters to collect her father, she decides to help cheer up the crowd with “a good old Disney song.” What follows is an amusing musical number with more additional cameos than I could count, though I did spot WALL-E, Max Rebo from Return of the Jedi, Jafar, Joe from Soul, Baymax, Miguel from Coco, Scar, Cruella, and others. 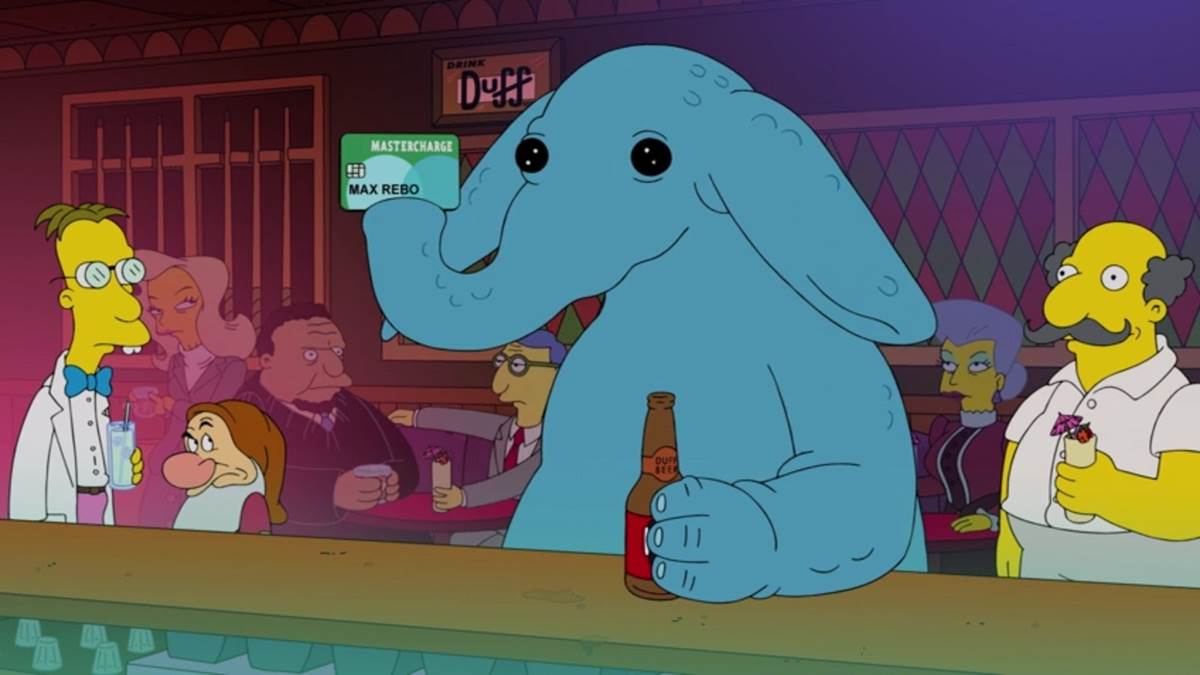 Lisa’s song contains characteristically irreverent jokes about Disney stockholders and subscribers’ credit card numbers, and the short climaxes with an appearance by “the big cheese”– though it’s really just Bart (Nancy Cartwright) dressed up as Mickey Mouse. “I can’t believe you’re getting away with this,” says Sideshow Mel, and that’s also roughly the overall feeling I had as The Simpsons in Plusaversary drew to a close. The Simpson clan has been part of the Disney family for about two and a half years now, and it’s good to see the powers that be at the House of Mouse letting them run amok with familiar characters like this.  And as a franchise, The Simpsons has become something of an in-house court jester for The Walt Disney Company, skewering their otherwise straightforward takes on treasured properties like Marvel and Star Wars. And as a fan of America’s favorite animated family and the team that brings them to life every week on FOX, I wouldn’t have it any other way. 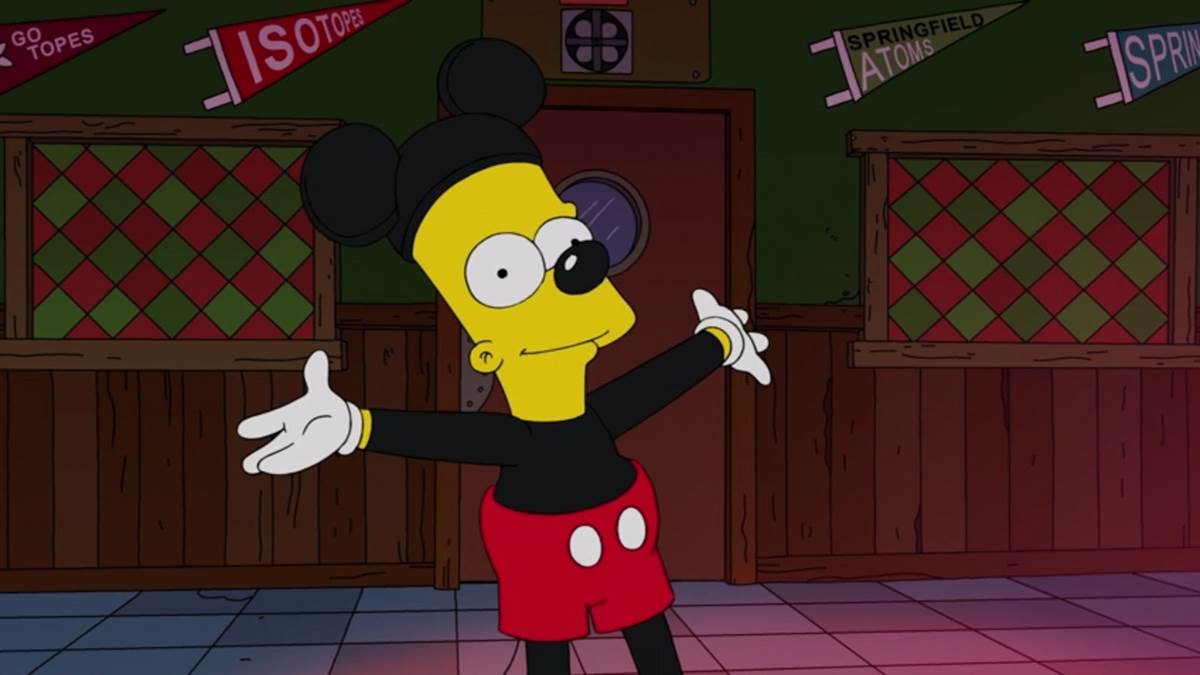 The Simpsons in Plusaversary is available to stream exclusively on Disney+.