With just about a week before the debut of Hawkeye on Disney+, the stars and creators of the upcoming series gathered for a virtual press conference today to discuss 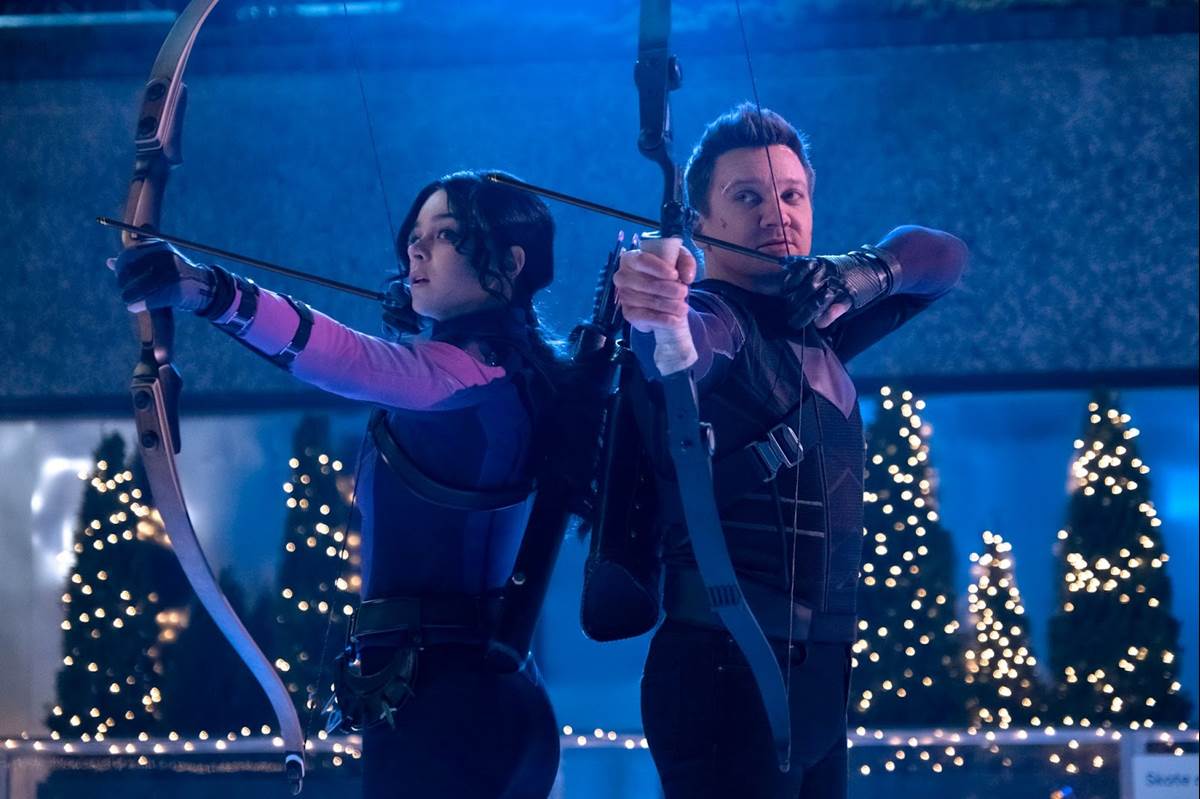 Feige talked about a specific comic book run that served as a big inspiration for the upcoming series.

“The Matt Fraction comics, which I’m sure people have been spending a lot of time talking about over these last few press days, was a big tonal inspiration for us,” Feige said.

Thomas took that a step further and talked about that beloved comic run.

“It’s such amazing source material,” Thomas said. “I think early on, talk was about that specific tone that that Fraction run has as a real lynchpin. I mean ultimately, it’s funny but again, as we’re saying about the show it’s also intimate and this amazing character study.”

Of course the show focuses on the archer of the Avengers, as Clint Barton (Renner) returns for the first time since Avengers: Endgame. Only this time, he’s teaming up with another archer as Kate Bishop (Steinfeld) bursts onto the scene in the MCU. Renner and Steinfeld discussed the relationship between these two characters.

“You set up characters that can be polar opposites in a lot of ways but then they have a lot of congruent values and belief systems and skillsets and things like that. It’s a wonderfully complicated relationship or friendship or partnership, all these types of things. You can put all kinds of labels on it,” Renner said. “I think it’s a really dynamic, dynamic relationship. I’m excited to see it all.”

Steinfeld elaborated a bit and explained what Kate Bishop sees in Clint Barton.

“There’s a really true friendship there and an understanding. Kate sees Clint as someone, despite his past, as someone who wants to do good and wants to help people and that’s all she wants to do in life. And she’s inspired by him and motivated by him and wants to be on his level and is very over eager and he puts up with a lot. But she really delivers at the end of the day.” 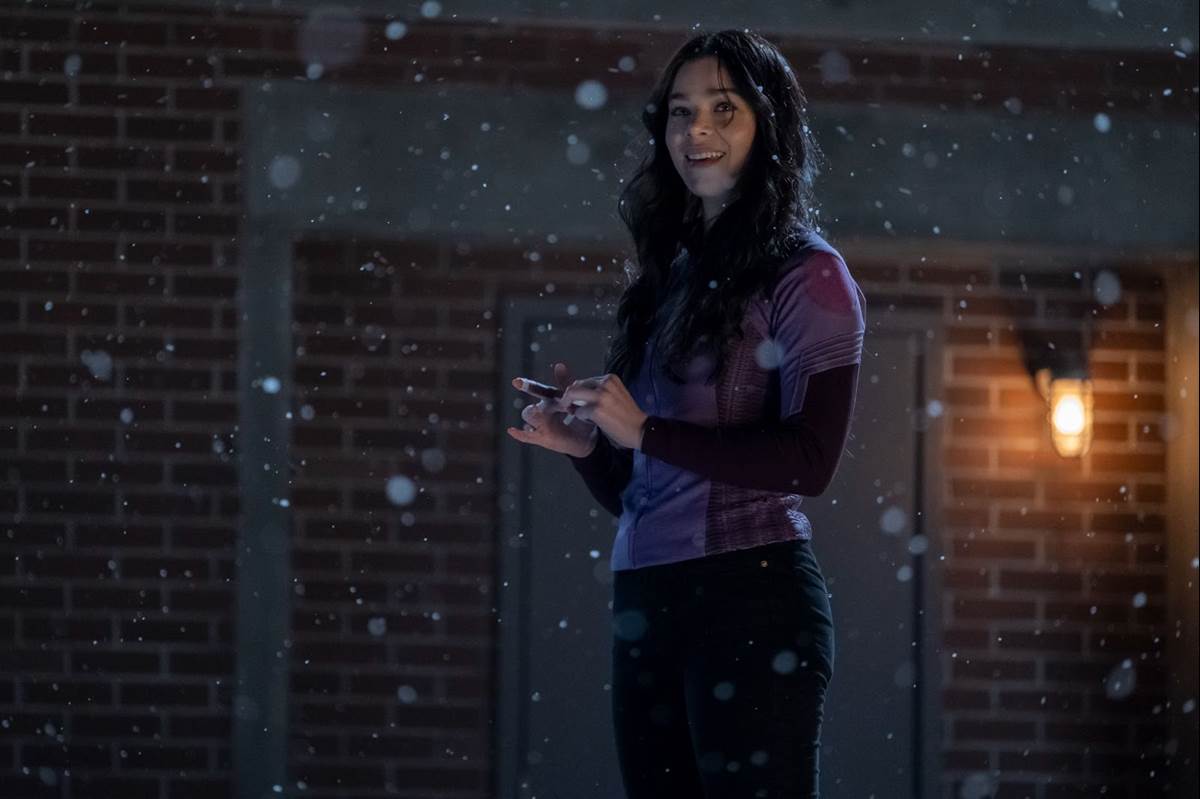 Of course, Steinfeld was also asked about her future with Marvel and the possibility of a Young Avengers project down the road.

“This feels so crazy to me right now just sitting here with this group of people. I’m so grateful to be a part of this show and this universe and it’s only the beginning, the show’s not even out so I’m looking forward to that day,” she said.

She was asked again about whether or not she would be willing to stick with Marvel for the long haul.

“I don’t want to get ahead of myself. I try and take everything one step at a time,” Steinfeld said. “And like I said, I mean this thing isn’t even out yet, I can’t believe it.”

As for Renner, he is reprising a role of a character who has been around for a long time now. He was asked about where Clint is emotionally at this point in the MCU and how it might affect him in the series.

“I suppose it’s survivor guilt outside of just dealing with the loss. You know, there’s a lot of things that are lost. It’s addressed in this show which I think is beautifully intimate. It brings our characters closer together as well as the audience,” Renner said. “There’s a lot of weight that’s carried. There might be a seemingly, veneer of grumpiness in this resting face, right? In the show. But ultimately it comes from just the weight and the horrors and the tragedies and loss that come with the game. Managing losses is the superhero game.” 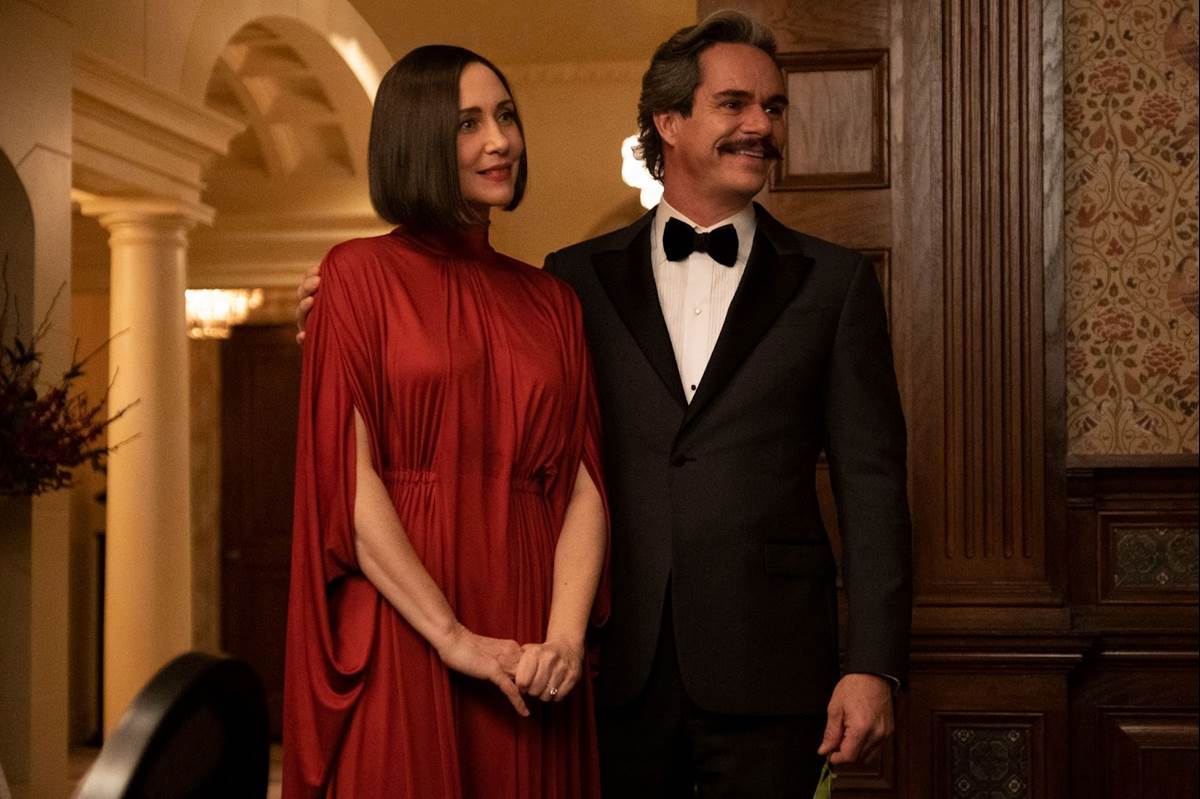 Of course, Barton and Bishop are not alone in this new series. We are also introduced to Jack Duquesne (Dalton), a sort of twist on a classic comic book character. Dalton tried his best to tell us about his character without giving too much away.

“He’s sort of a family friend and then he becomes in love with Eleanor Bishop and they have sort of a little bit of a relationship and you don’t really know where he’s coming from,” Dalton said. “You don’t want to give away too much, you know?”

In the comics, Jacques Duquesne is an Avenger known as Swordsman. Renner and Steinfeld talked about never actually using real arrows when filming the show but Dalton got a chance to talk about his sword work.

“I took some fencing back in the day, I don’t know why,” Dalton joked. “We did a whole bunch of stuff there with the stunts and everything. It was great. It was good, good fun.”

Dalton is joined by Farmiga, another newcomer to the MCU, who plays the aforementioned Eleanor Bishop. Farmiga talked a bit about what drew her to this project.

“I love archery, just hands down,” Farmiga laughed. “I am an archer. You guys don’t know this about me. My first job, I played an archer with Heath Ledger in a series called Roar, where I had my bow and arrow and I had my 40-pound pull-weight arrow. And I’m good at it, to be honest with you. So if I wasn’t going to be wielding that bow and arrow I just wanted to be next to someone with true grit.”

She also expressed her interest in working with Steinfeld and putting that mother-daughter relationship on screen.

“To be honest with you I have marveled at this young lady since that first movie,” Farmiga said of Steinfeld. “I also loved this, sort of this very delicate and complex maternal relationship. It is a tricky sport raising a successful daughter, especially when the daughter and the mom have different ideas of what that success means.” 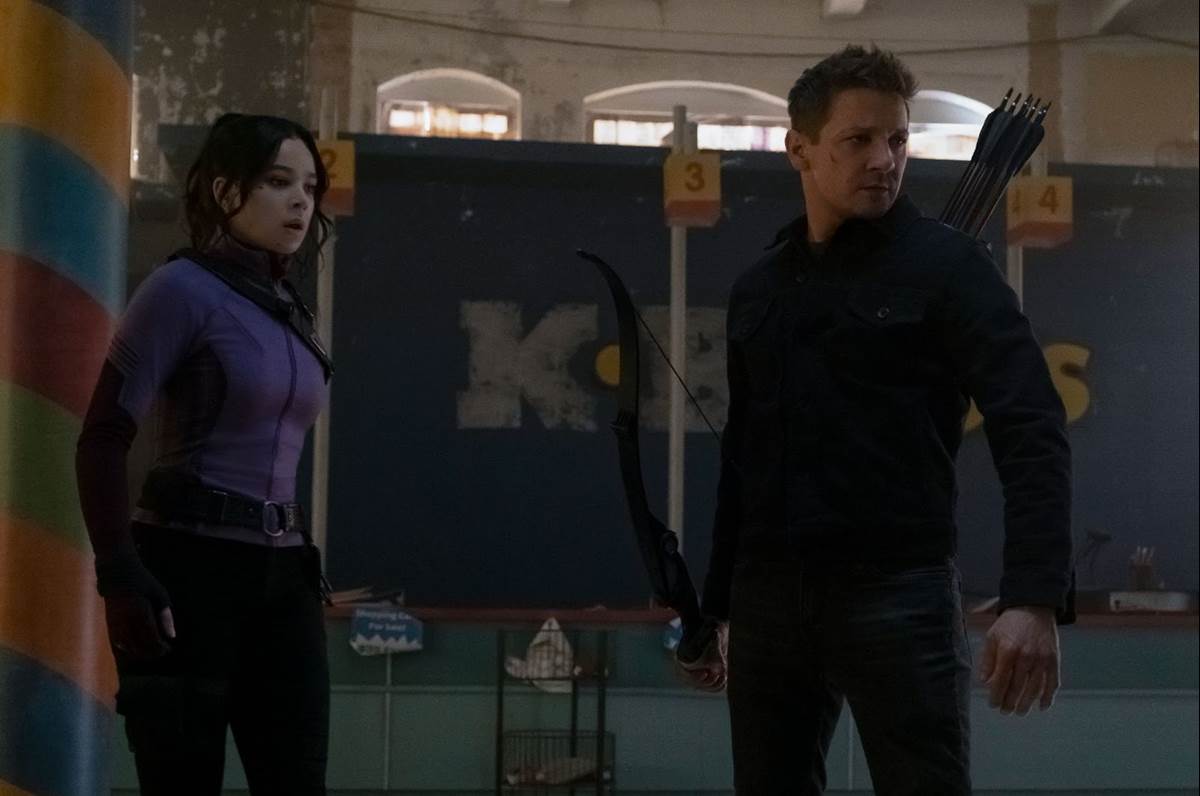 Feige was asked about the recently announced Echo series and deferred to Dalton regarding Alaqua Cox’s arrival as the fan-favorite comic book character.

“She just has an amazing determination. She’d never performed before but seemed completely unphased when we would come back and, you know, we really put her through the ringer but she never once budged and she kind of walked into this universe like she always should have been there.” Dalton said.

“She’s amazing,” Feige added. “It will be fun to see the audience discover Maya over the course of the series and then in her own series later.”

Feige was also asked about doing a holiday story within the MCU and, despite sharing his thoughts on Iron Man 3, admitted that this is really the first time this kind of thing has been done.

“This is fun because it is a Christmas story that is taking place during the holidays and it also is based on early discussions about a limited time period, about setting a series in, you know not quite real time but essentially in a six-day period,” Feige said. “Six episodes. Six days. Will Clint make it home for Christmas?”

And finally, Feige was asked about bringing one more fan-favorite comic book character to the MCU, and quite possibly the most important part of this whole series.

“Well if you’re going to do Clint and Kate, you have to do Lucky. That was pretty much a given,” Feige said of the popular Lucky the Pizza Dog.

Marvel’s Hawkeye will be streaming on Disney+ starting with the first two episodes on November 24th.