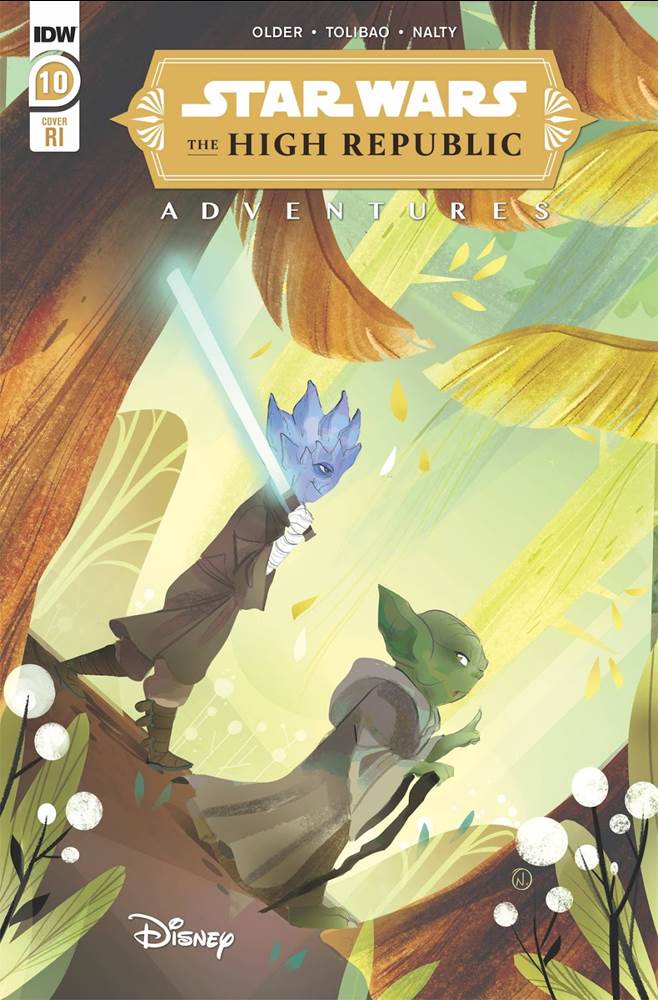 I’m starting to suspect that the long-term plan of Lucasfilm Publishing’s multi-platform initiative Star Wars: The High Republic is going to entail having readers watch many of the younger Force-using characters involved grow up, gradually maturing from Padawan learners into full-fledged Jedi Knights.

Nowhere has that been evidenced better just yet than in this week’s eventful new issue of Star Wars: The High Republic Adventures from IDW, written– as always– by Daniel José Older. 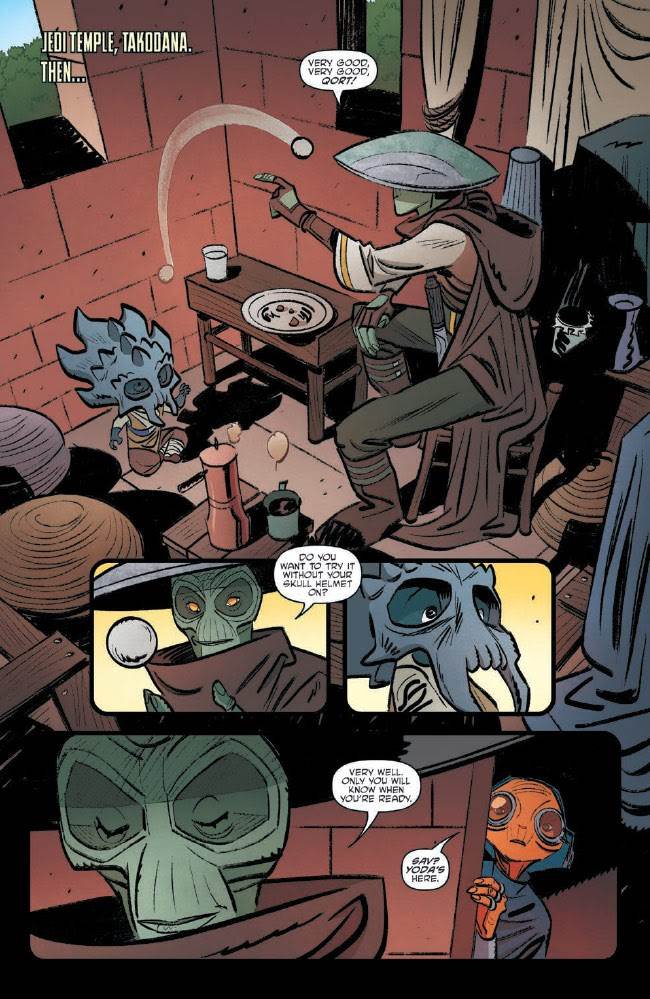 Star Wars: The High Republic Adventures #10 begins with another flashback to the early days of Padawan Qort’s Jedi training on the planet Takodana under Master Sav Malagán, with the wise assistance of pirate queen Maz Kanata. When Yoda comes to take Qort away to further his training elsewhere in the galaxy, Sav encourages the Aloxian youngling to abide by his species’ time-honored traditions and wait until he himself is ready to take off the bony mask he has worn since first arriving at Maz’s castle. Then we cut to the “present,” where Qort’s mask has broken in half during the Nihil attack on Takodana’s Jedi temple. Through a series of dramatically staged panels giving us both Qort’s point of view and a broader perspective on the action of the battle, we get inside the Padawan’s head and take the journey with him as he decides his time has come. What follows is a white-knuckle thrill-ride of a Jedi combat setpiece, as Qort single-handedly takes on a squadron of Nihil starfighters, bringing them down one by one. 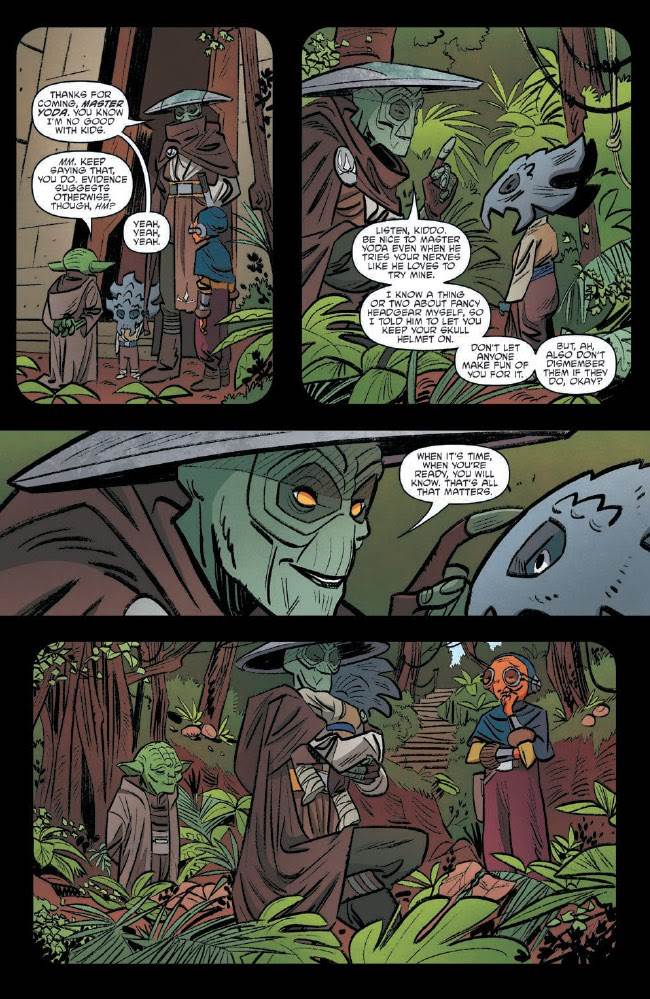 There are some great character moments in the aftermath of the battle as well, and then we see Krix Kamerat’s reaction to the events while on a Nihil starship. It certainly doesn’t seem like this orphan of Trymant IV is ready to abandon his vendetta against the Jedi just yet, and we’ll likely get a continuation of that story in the months to come. But the real star of this issue is Qort, whose actions save numerous Jedi lives– though no one present on Takodana is able to fully defend the temple. Qort finishes out the issue with a new look and an even deeper emotional connection to his friends Farzala Tarabal, Lula Talisola, Zeen Mrala, and Ram Jomaram. I can say Older and artist Toni Bruno are still doing a bang-up job putting this comic together, and even after ten issues the fact that it skews to a slightly younger demographic than Marvel’s Star Wars: The High Republic titles has not hindered my enjoyment of it one bit. 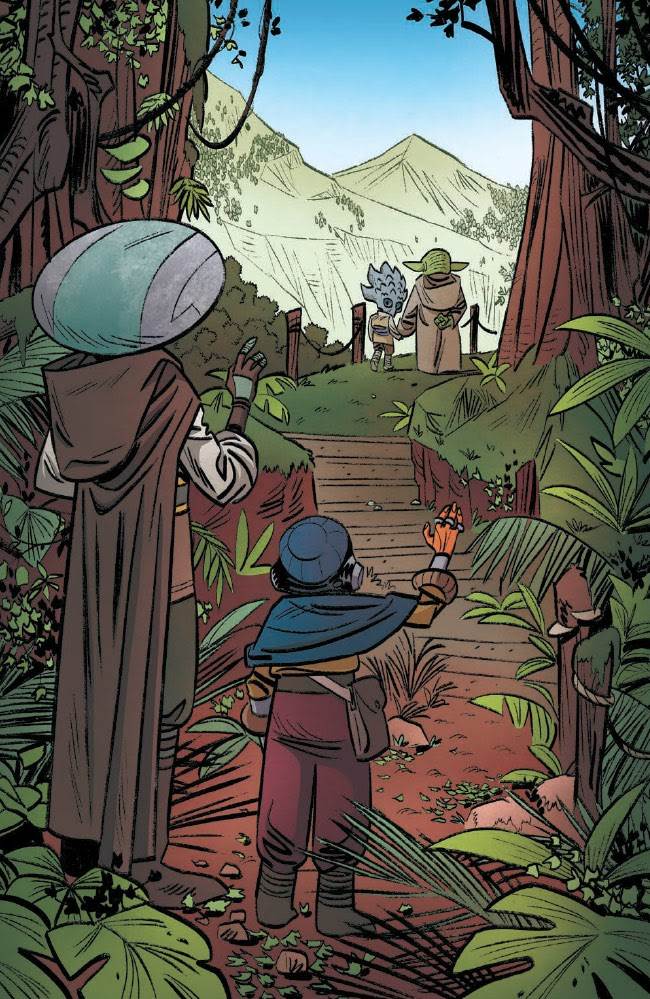 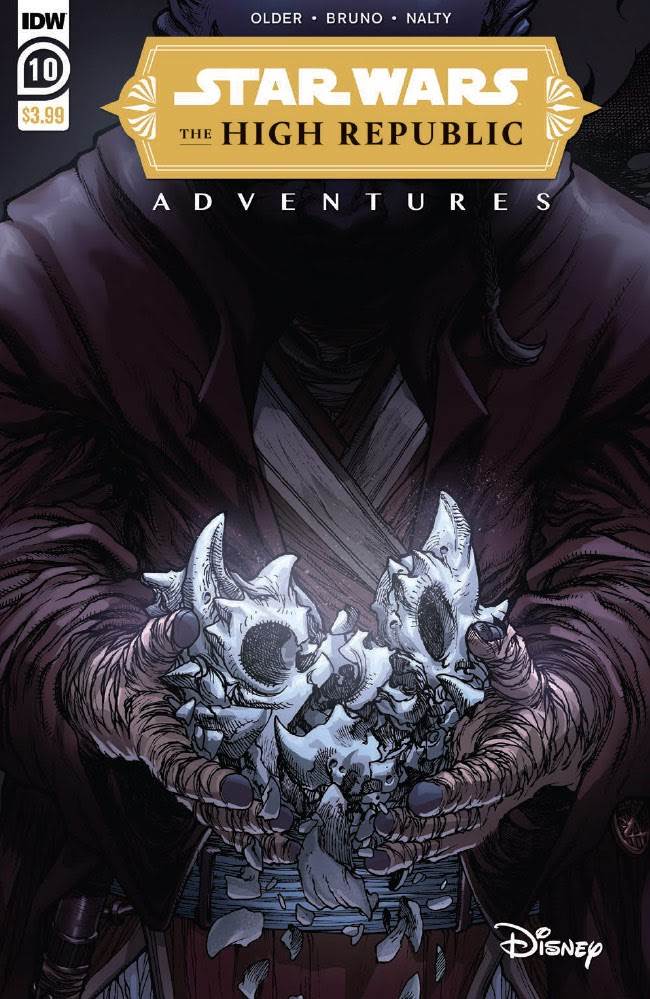