The thousand-year-old pirate queen Maz Kanata has been name-dropped a couple times so far in Lucasfilm Publishing’s ambitious multi-platform initiative Star Wars: The High Republic, but it took until today for her to finally show up in the story set hundreds of years prior to the events of the Skywalker Saga.

Picking up where we left off in the last issue, IDW’s Star Wars: The High Republic Adventures #9 begins with our Padawan protagonists arriving on the planet Takodana– home of Maz Kanata’s castle, not to mention an ancient Jedi temple. Our heroes have traveled to Takodana to assist its lone Jedi protector Sav Malagán in defending the planet against a Nihil attack, but they soon find themselves looking after a pair of somewhat suspicious would-be defectors from the ruthless band of marauders. And in flashbacks, we get the backstory of how Maz first came into contact with Qort, the powerfully Force-sensitive Aloxians who was left on her doorstep by some smugglers. Maz’s loadlifter droid HURID-327 (first seen in Star Wars: The Force Awakens) has a difficult time babysitting the infant alien, because Qort keeps ripping its mechanical arms off and making a mess of the castle. Back in the “present,” Sav and the Padawans help Maz prepare for the incoming attack, while continued flashbacks inform us about the Aloxians’ home planet of Zav Alox, the murderous crabs that live there, and how Qort’s species use the crabs’ skulls as masks until they are fully grown. 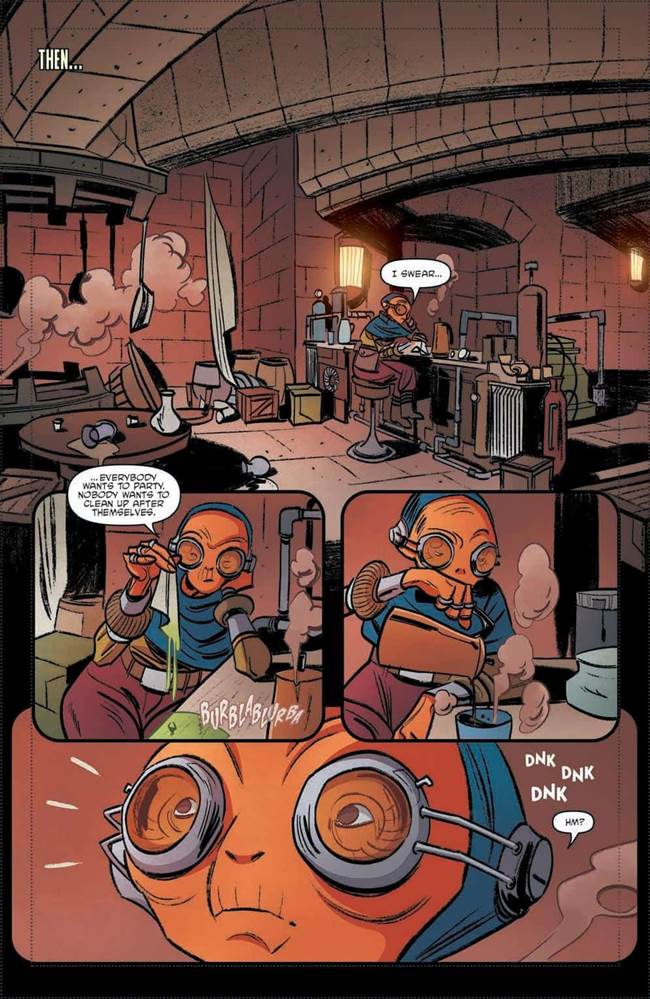 I liked this issue a lot because it spent so much time helping us get to know some of these characters better– not only Maz Kanata, but also Qort, Sav, and even human Padawan Lula Talisola. It feels a little bit like an “in-between” issue, in that it bridges the gap between The High Republic Adventures’ action setpieces, but those kind of stories often end up being my favorite, as they’re more willing to set a gradual pace and let the reader soak in the detailed atmosphere of the narrative’s environment. Writer Daniel José Older has been doing a really good job of keeping me interested in what these Padawans are up to, and the introduction of both a familiar face from the movies (Maz) and an intriguing new Jedi persona (Sav) has injected this title with an exciting, fresh energy. I’m also digging the fun, cartoonish art style of illustrator Toni Bruno, and this issue’s dramatic cliffhanger ending sure answered my burning question of why we never saw Takodana’s Jedi temple in the sequel trilogy. As always, I’m looking forward to reading more next month. 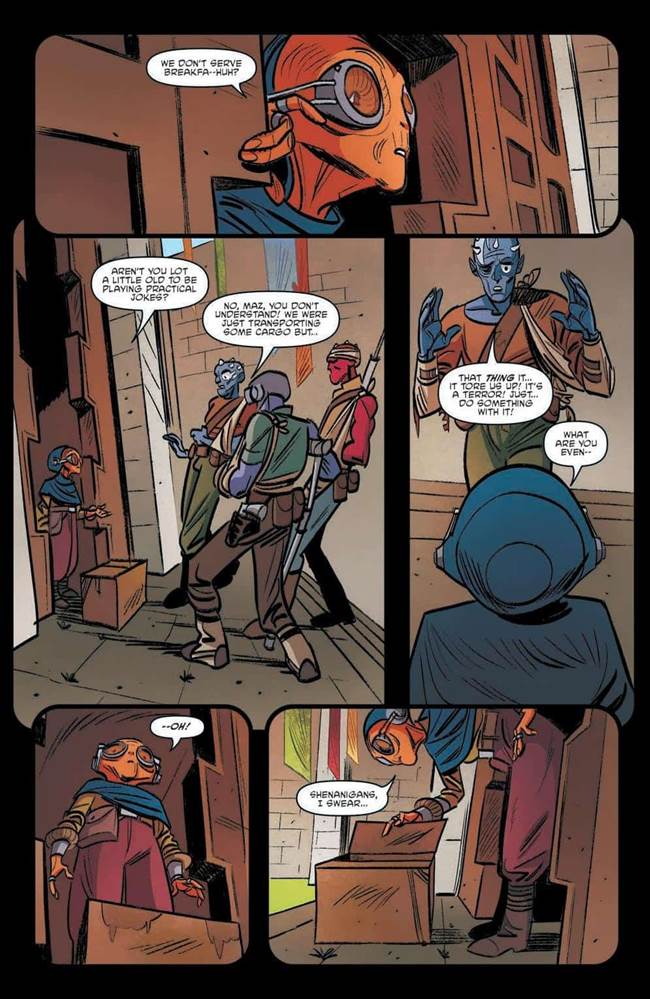