William Dean Howells’ 1892 short story Christmas Every Day has been adapted too many times to count, including twice by Disney as a 1996 made-for-TV movie and a Huey, Dewey, and Louie short in the 1999 animated holiday special Mickey’s Once Upon a Christmas. Since then, family dynamics have changed and in Disney Channel’s new original movie Christmas Again, the story is retold for a modern audience. 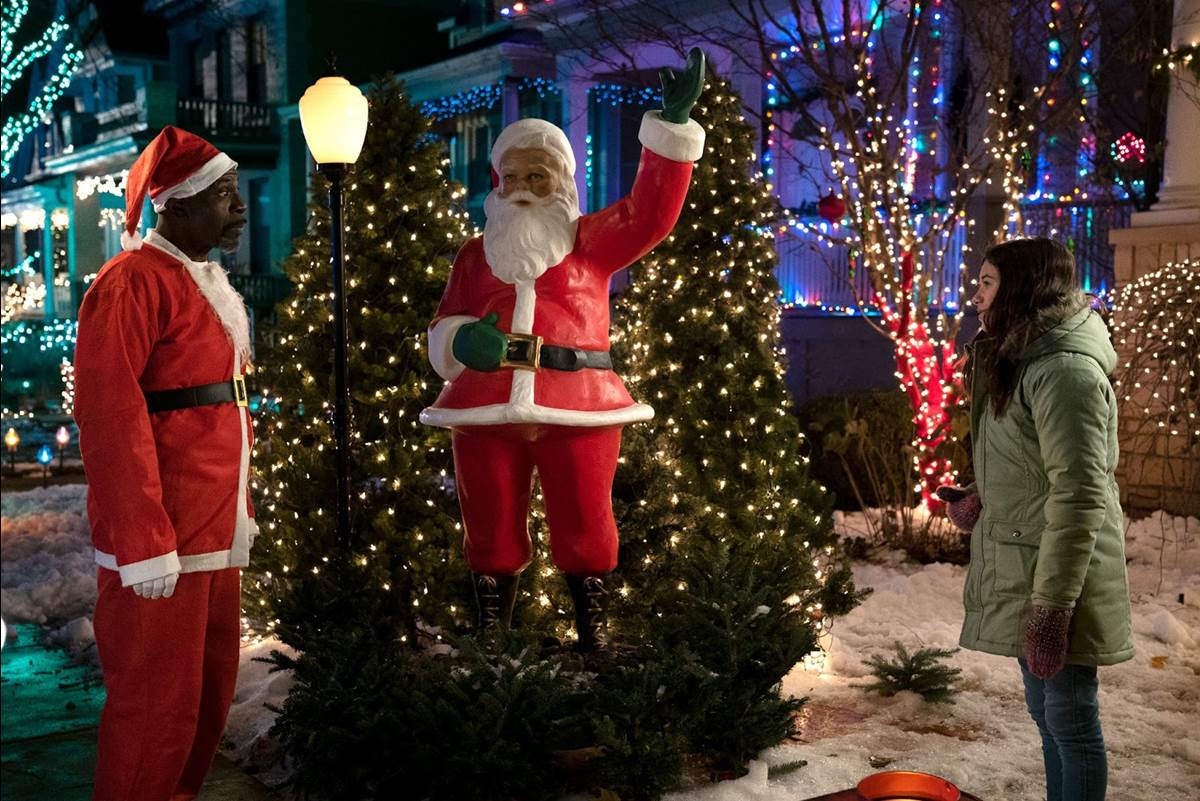 Ro (Scarlett Estevez, BUNK’D) is excited for Christmas, but she gets frustrated when the big day doesn’t go as planned. Her father brings home his girlfriend and her son and although everyone else in the family is fine with it, Ro is vocally unhappy, which gets her in trouble. When she takes off in a huff, she runs into a neighborhood Santa (Gary Anthony Williams, Puppy Dog Pals) who offers her a do-over, putting Ro in a time loop where every time she wakes up, she’s living through the same Christmas again.

The film centers around a modern Latinx family and while the main story is centered around Ro and her internal conflict surrounding her parents’ divorce, the movie is filled with other characters. Grandparents, uncles and a sister all help create the large family dynamic. Ultimately, it’s a story about family, love, acceptance, and the true meaning of Christmas. Ro’s journey will require her to learn these lessons in order to break the time loop and get back to her life.

Christmas Again is predictable, but what else would you expect from source material that’s over 100-years-old? It’s holiday comfort food, told in a modern way that hasn’t been done before. If you’re looking for a new holiday film the whole family can enjoy, check out this new holiday DCOM.

I give Christmas Again 4 out of 5 ugly holiday sweaters.