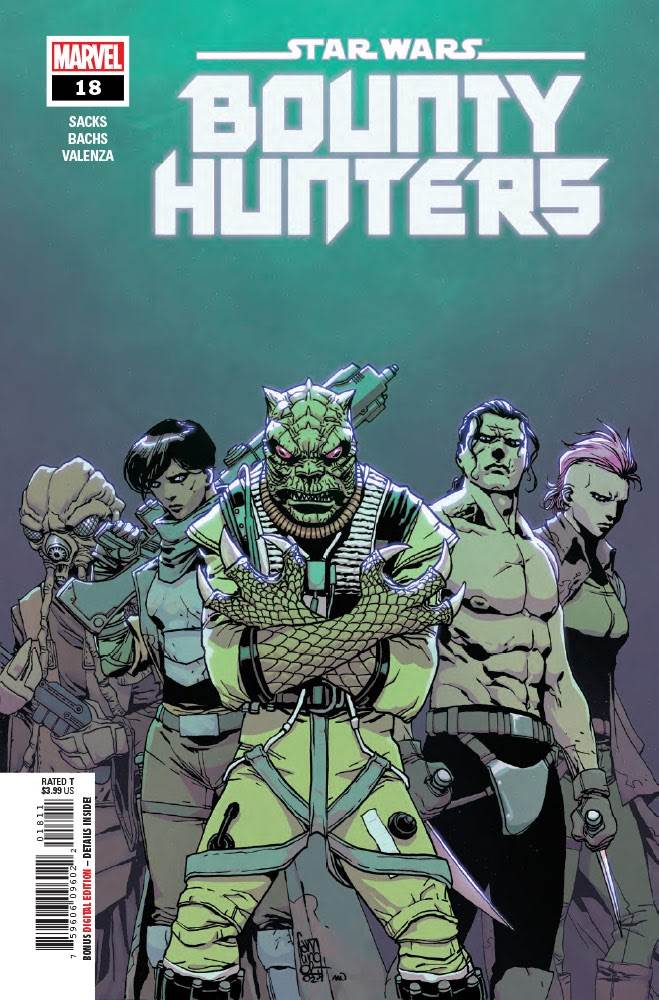 At the end of Marvel’s War of the Bounty Hunters crossover event, the cyborg Beilert Valance was captured by Darth Vader and the Galactic Empire, reconstructed after briefly dying on the operating table, and forced into apparent servitude. And in the newest issue of Star Wars: Bounty Hunters, out today, we get to see Valance’s reaction to all that.

Bounty Hunters #18 opens with a flashback to Beilert’s youth, when he idolized the Empire and was inspired by an Imperial “hero” named Captain Tarl Sokoli who eliminated the pirates occupying the mines of his home planet of Chorin. 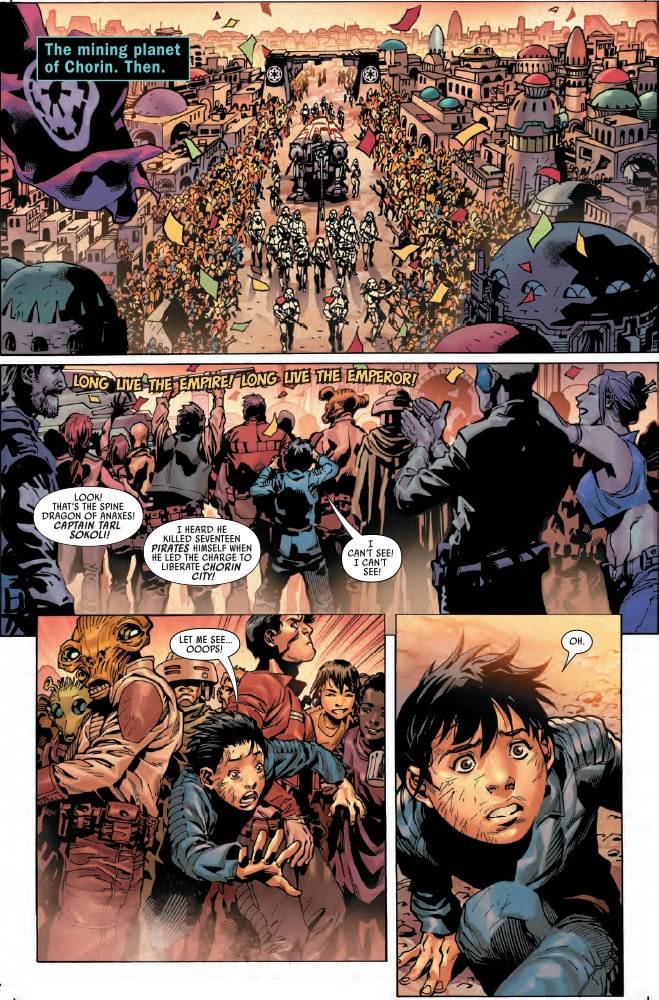 Cut to roughly 20 years later, when Valance is held captive in a tiny cell aboard Darth Vader’s Super Star Destroyer Executor. He refuses to serve the Empire again, reminding Vader that last time around he was left for dead by his squadmates (except Han Solo, who led an effort to rescue him, which is what led Beilert to attempt to return the favor and got him in all this trouble in the first place), transformed into part machine, and discarded. Now Vader has literally taken his heart, not to mention made copies of his memories, in an effort to conscript Valance in his quest to take down the criminal enterprise known as Crimson Dawn (see today’s new issue of Star Wars: Darth Vader for more on that particular vendetta). Our protagonist attempts to use his recent upgrades to go up against Vader in combat, but the dark side of the Force and a certain red-bladed lightsaber are just too much for him to overcome, and he ends up capitulating to the Dark Lord’s insistent demands. Meanwhile, we see the rest of Valance’s ragtag crew (including T’onga, Losha, Bossk, and Zuckuss) are itching to get into trouble on Burnin Konn, feeling restless after what they believed to be the untimely death of their friend and partner. 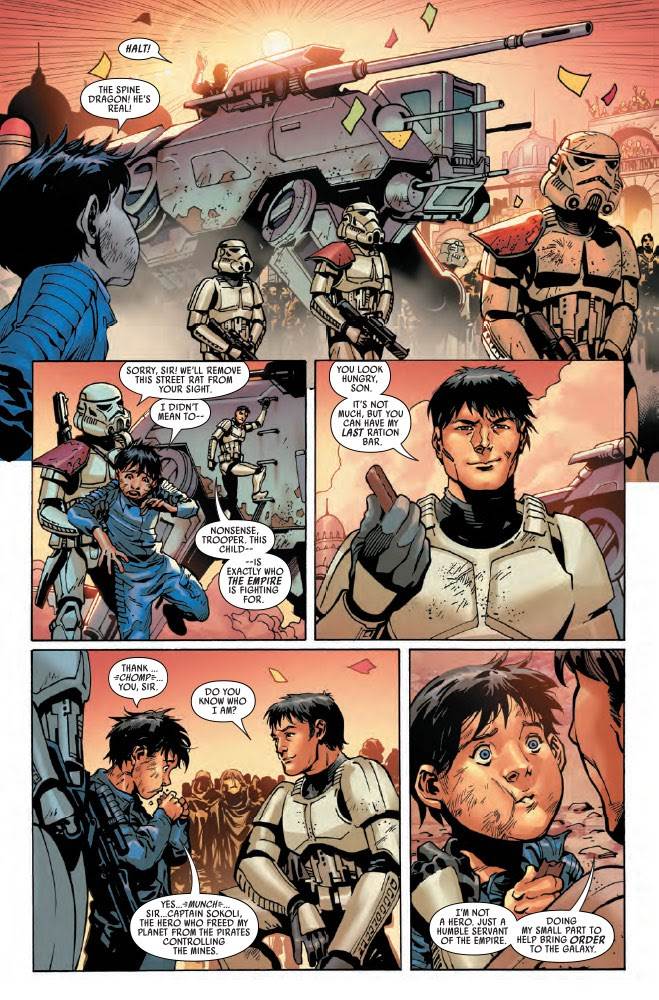 One raucous bar fight later and the gang seems to be getting back into the swing of things, while back on the Executor Valance gets his first assignment under Vader’s thumb. He’s to head out with Ochi of Bestoon and eliminate Tarl Sokoli, who is now evidently an agent of Crimson Dawn. That cliffhanger ending is sure to lead to some interesting twists and turns in upcoming issues of Bounty Hunters, though why Beilert would feel any hesitance toward killing Sokoli after becoming so disenchanted by the Empire, I’m not sure. The other news about this comic is that after 17 issues with Paolo Villanelli as its artist, its illustrations are now contributed by franchise veteran Ramon Bachs, whose previous Star Wars comic works include Jango Fett: Open Seasons, Jedi vs. Sith, and Qui-Gon and Obi-Wan: Last Stand on Ord Mantell. I’ve made no secret in the past that Villanelli’s artwork never quite did it for me (though I’m sure he’s a perfectly nice person), so Bachs does feel like a step up. Plus, Ethan Sacks’ scripting and dialogue has only continued to improve as this title has gone along, so I can now confidently say that I look forward to picking it up each month.