In this issue, protagonist Beilert Valance finds himself stranded on Darth Vader’s Super Star Destroyer Executor after being incapacitated by Boba Fett and left for dead. 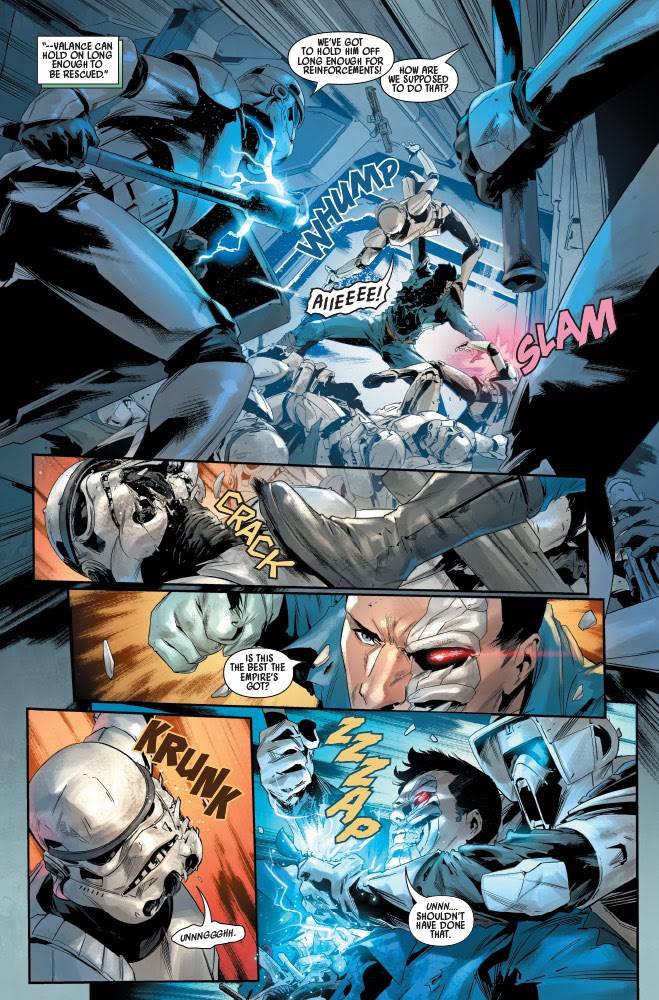 Fighting against time and his failing cybernetic components, Valance must take on a battalion of stormtroopers while desperately trying to escape. His only potential allies in this fight are his ex-partner T’onga and her girlfriend Losha, whose ship the Edgehawk is fast approaching the Executor, though it’s quickly bombarded by TIE fighters who assume it is part of the attacking Hutt armada. Fortunately T’onga has also recruited bounty hunters Bossk and Zuckuss, not to mention the deadly assassin Tasu Leech, who will eventually go on to become topboss of the fearsome criminal organization Kanjiklub, as seen in Star Wars: The Force Awakens. Valance manages to bust quite a few white helmets on his own, however, even going so far as to use an unfortunate Mouse Droid to take out one of his assailants. Meanwhile on the planet Jekara below, Lady Qi’ra enlists an unlikely new leader to run the Unbroken Clan. 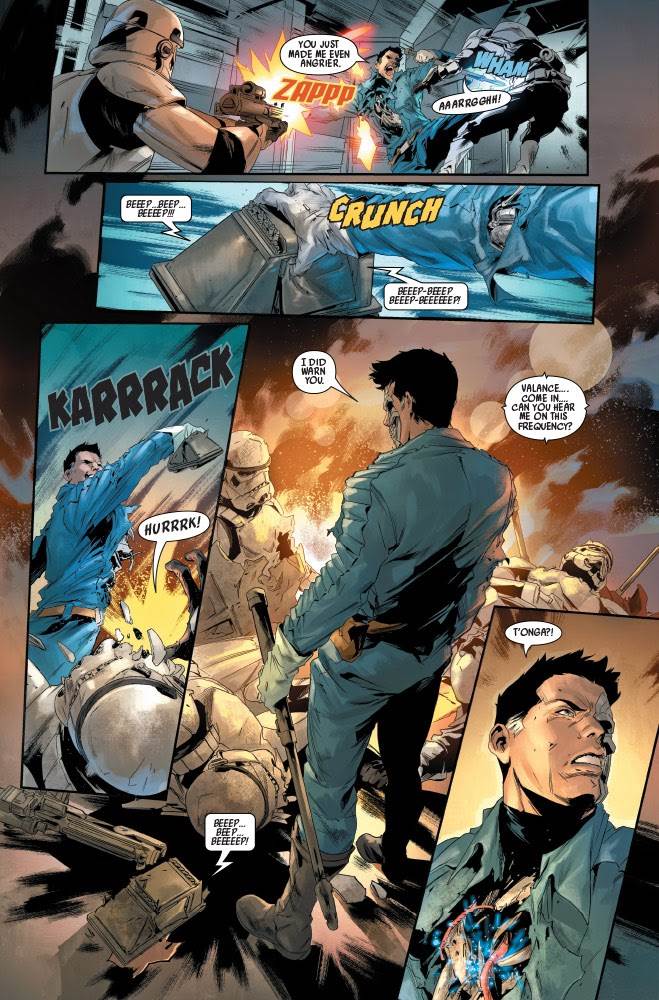 Valance’s breakout is a thrilling one, and it’s fun to see all these characters either working together to save him or making an effort to bring him down, but the real thrills come in the final few pages, which give readers a pretty shocking surprise ending that may set up a fairly seismic change of status quo for the Bounty Hunters comic for months to come. Writer Ethan Sacks and artist Paolo Villanelli have packed a terrific amount of action and suspense into this issue, which makes it perfectly appropriate to serve as a definitive end to the War of the Bounty Hunters arc along with Charles Soule’s Star Wars #18, which also came out today. But with that bombshell of a cliffhanger ending in mind, I’m definitely looking forward to seeing what happens with Valance and company in the future.