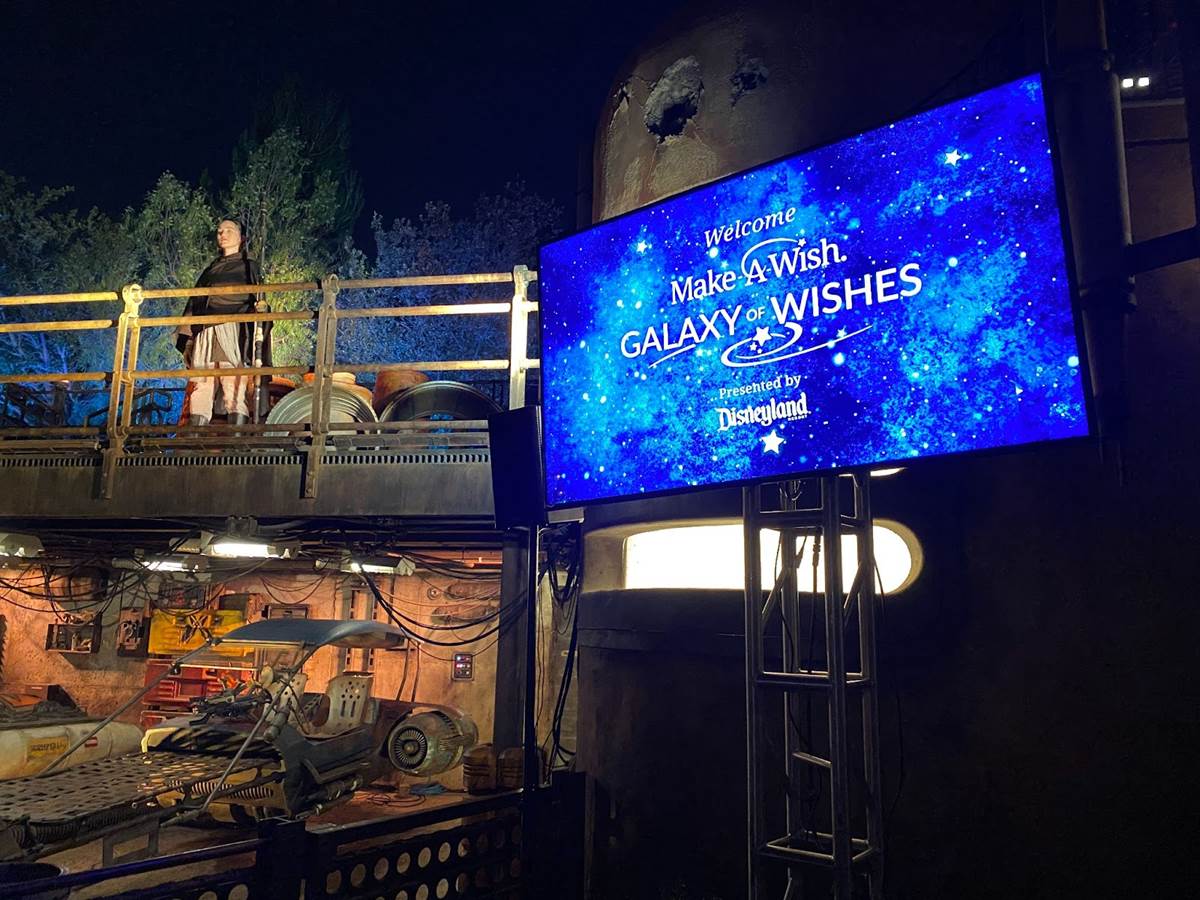 The Walt Disney Company and the Make-A-Wish Foundation recently celebrated their partnership’s 40th anniversary, and that celebration continued this past Tuesday night with the “Galaxy of Wishes” fundraising event held in Disneyland Resort’s Star Wars: Galaxy’s Edge immersive themed area.

“Galaxy of Wishes” attendees were ushered into Galaxy’s Edge around 8:00 PM that evening, where they found Rey looking down over the crowd from the scaffolding above. 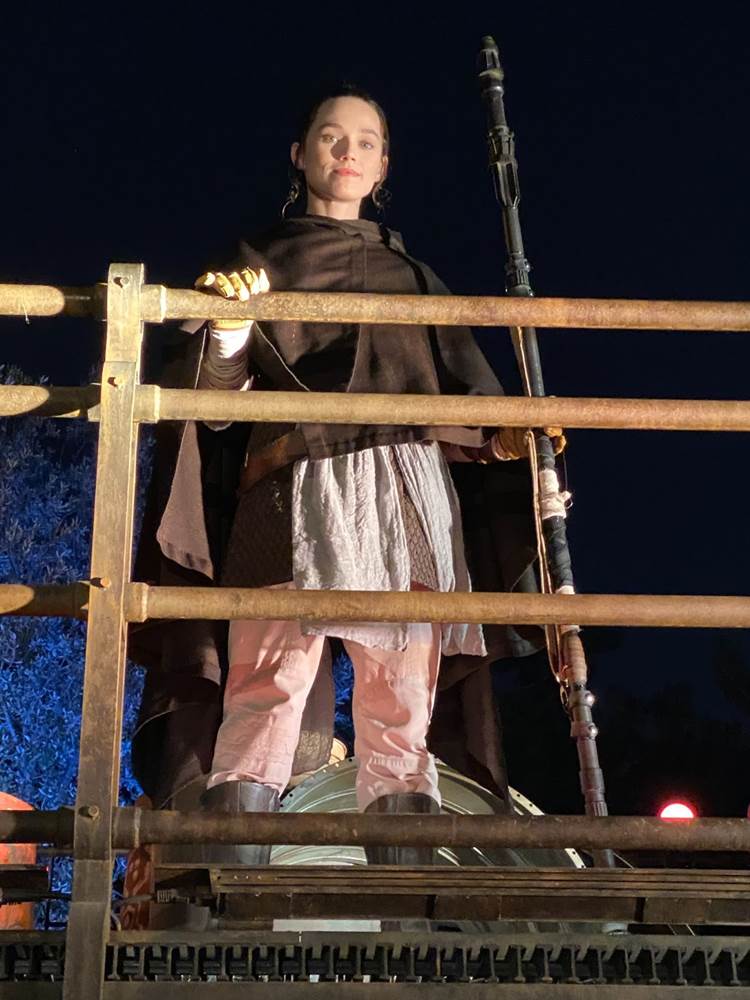 Kylo Ren and his First Order stormtroopers were also on hand as Make-A-Wish guests dined and mingled around Black Spire Outpost after making their way through the red carpet step-and-repeat area. While some of the land’s gift shops were open during the event, other stores like First Order Cargo closed their shutters for the evening. 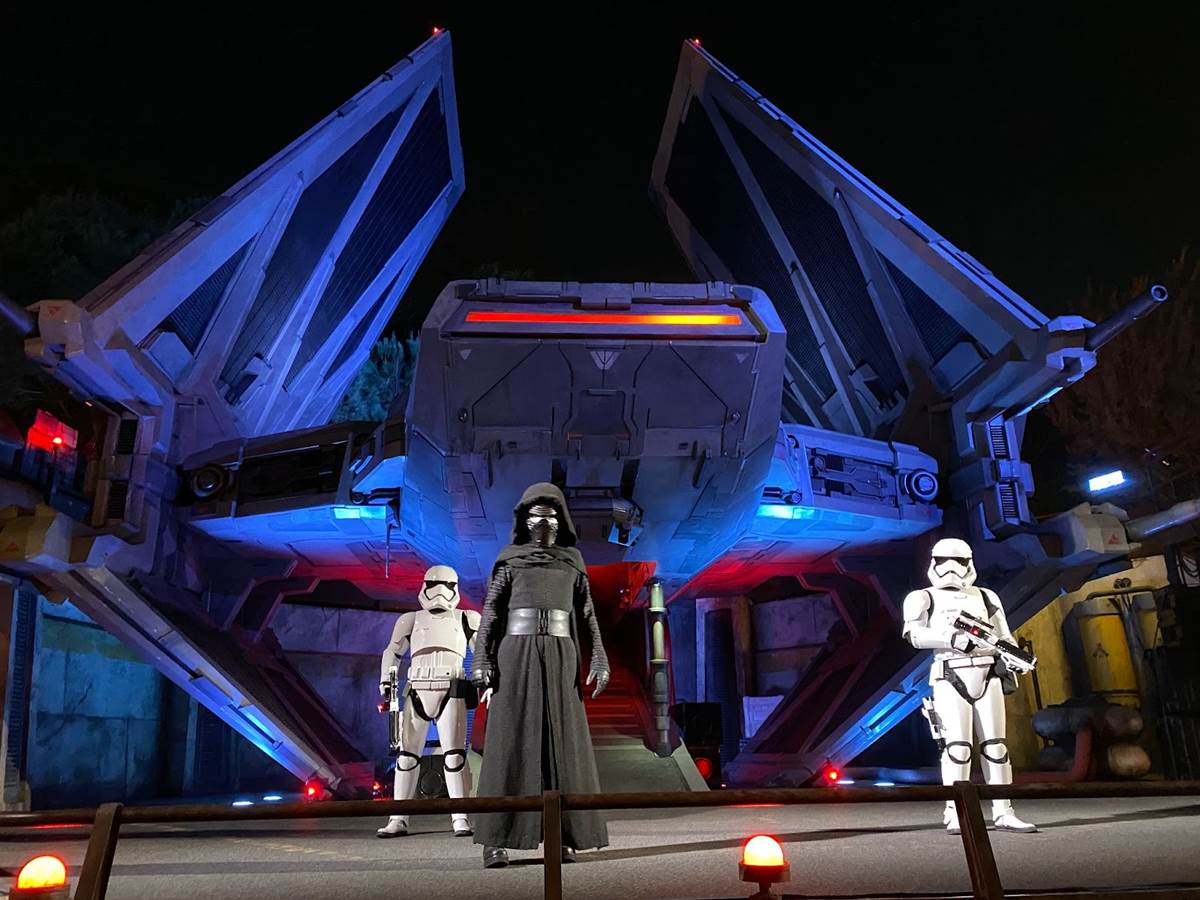 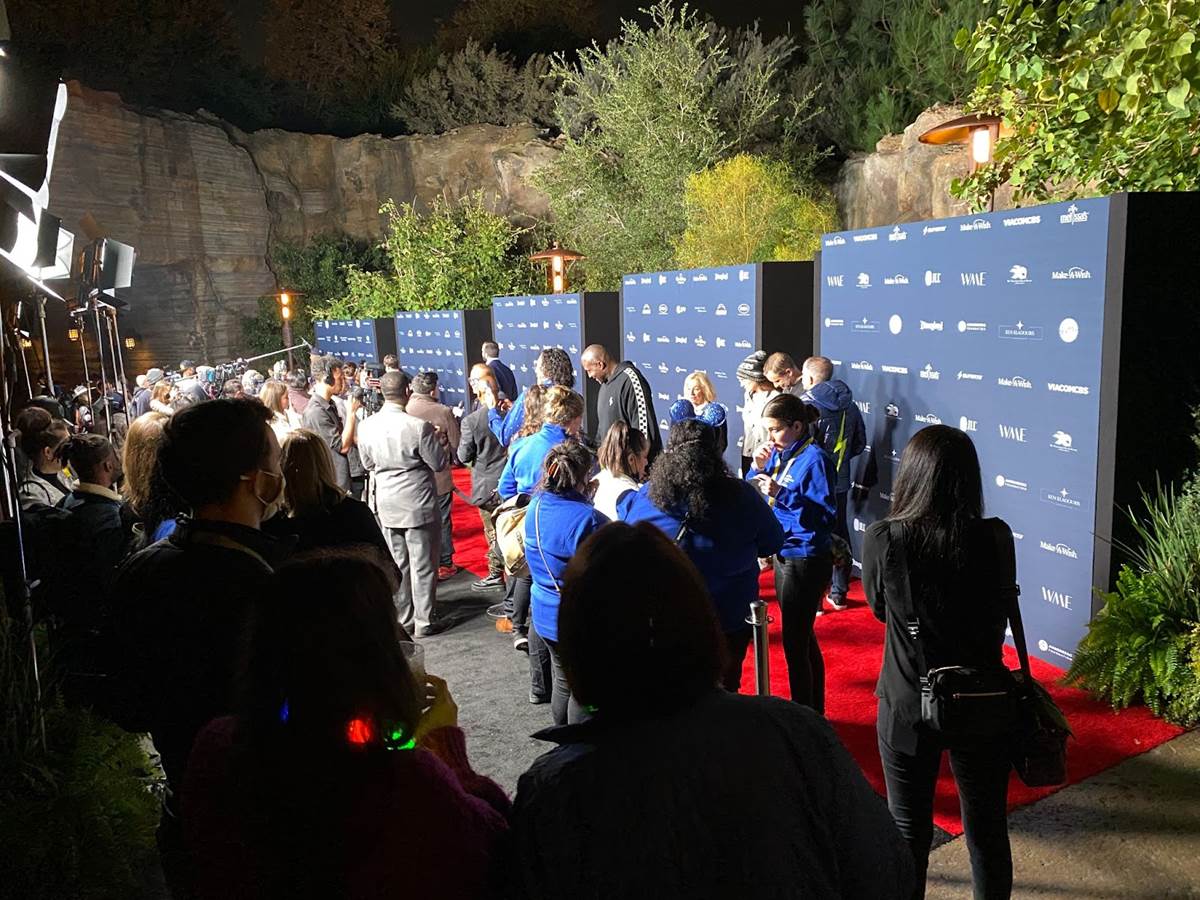 A stage was set up in front of the Millennium Falcon, reminiscent of how the Star Wars: Galaxy’s Edge grand opening ceremony was laid out. Throughout the evening, a variety of musical acts performed, including singer and songwriter Montell Jordan, who performed his 1995 hit single “This is How We Do It” for the excited crowd.

Next up was Lisa Lisa and Cult Jam, who wowed the audience with their stylish energy.

Then out came musician Morris Day (of The Time), who performed “Jungle Love” with the DJ.

After the music, Disneyland Resort president Ken Potrock gave a speech about the importance of Disney’s relationship with Make-A-Wish over the decades. 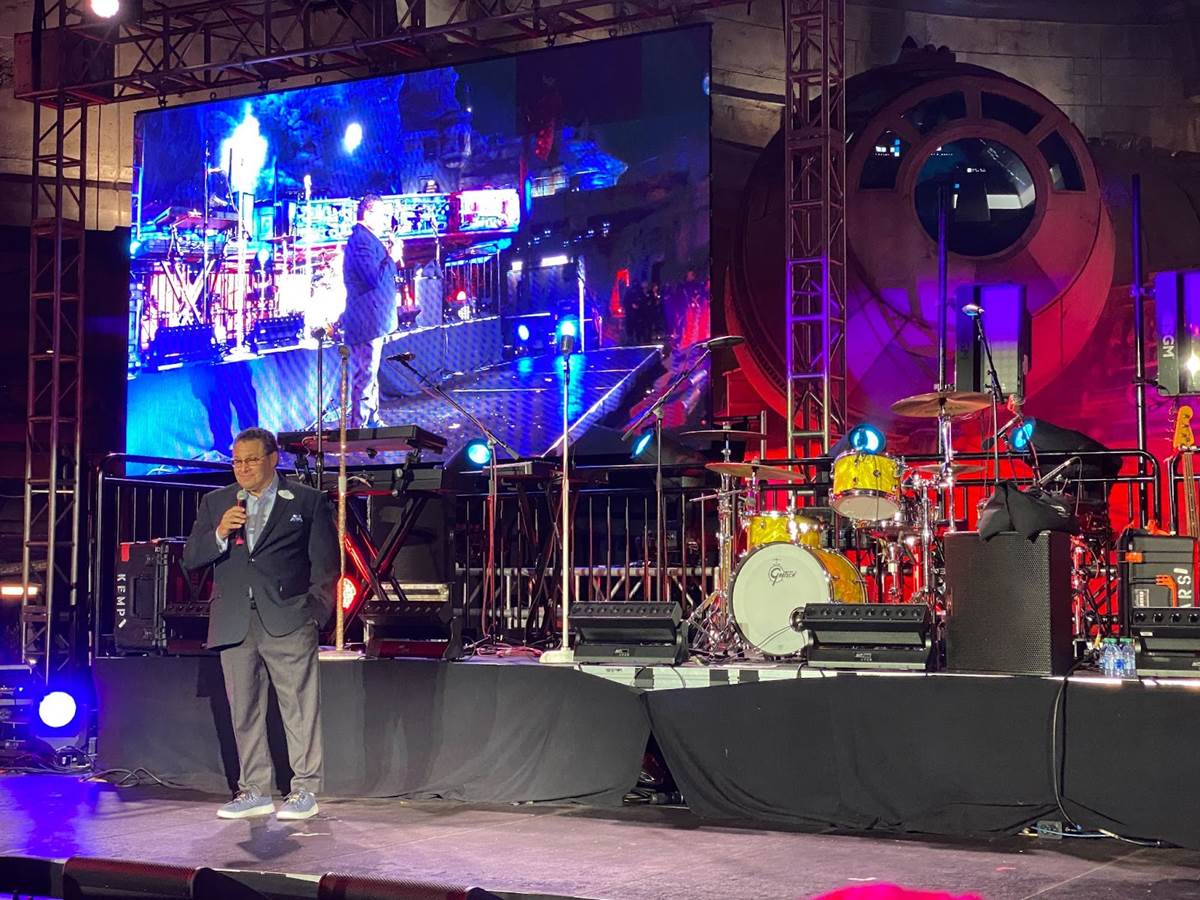 At this point the crowd erupted in applause when the emcee introduced Star Wars star Mark Hamill, best known to fans as Jedi Knight Luke Skywalker.

Hamill chatted for a while, telling stories to the enrapt audience and then bestowing a Make-A-Wish award on Richard and Demi Witz, the co-creators of RWQuarantines. 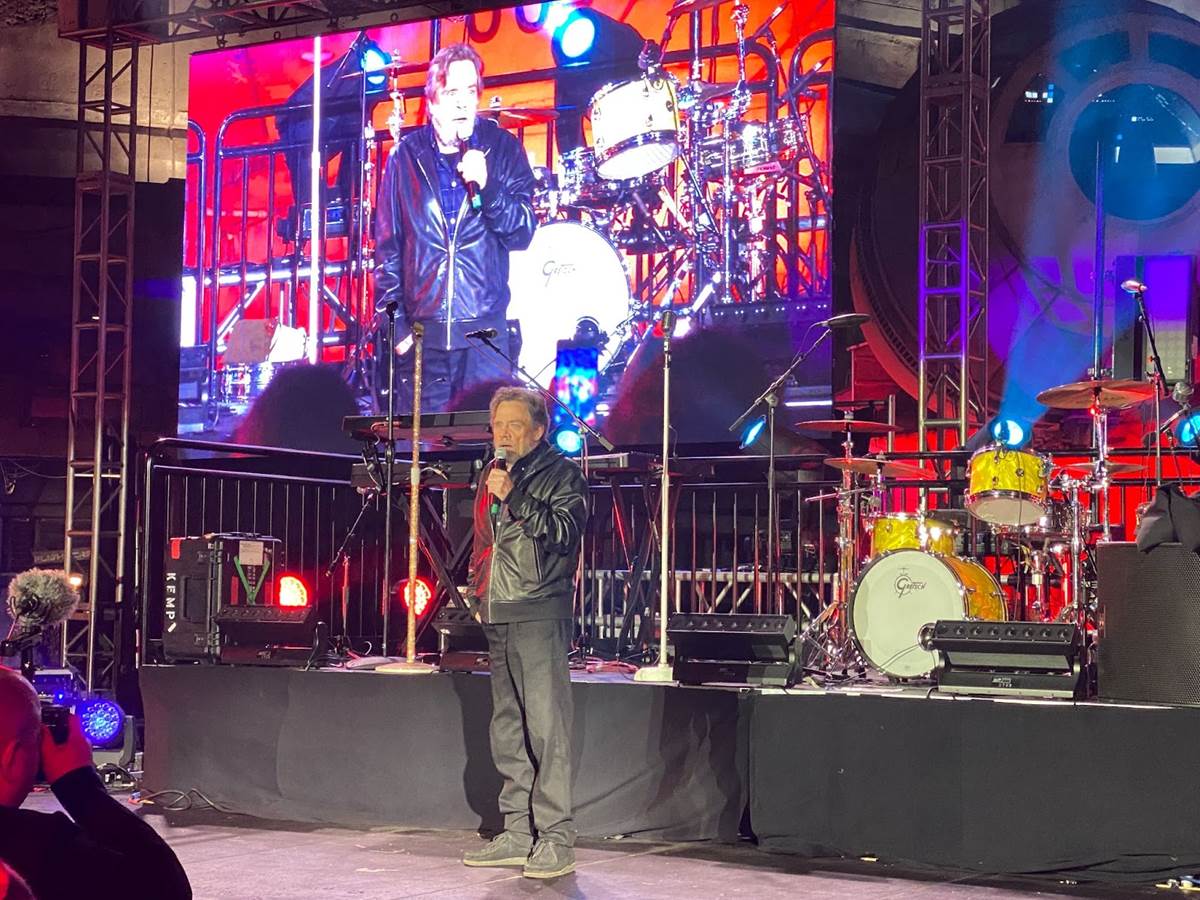 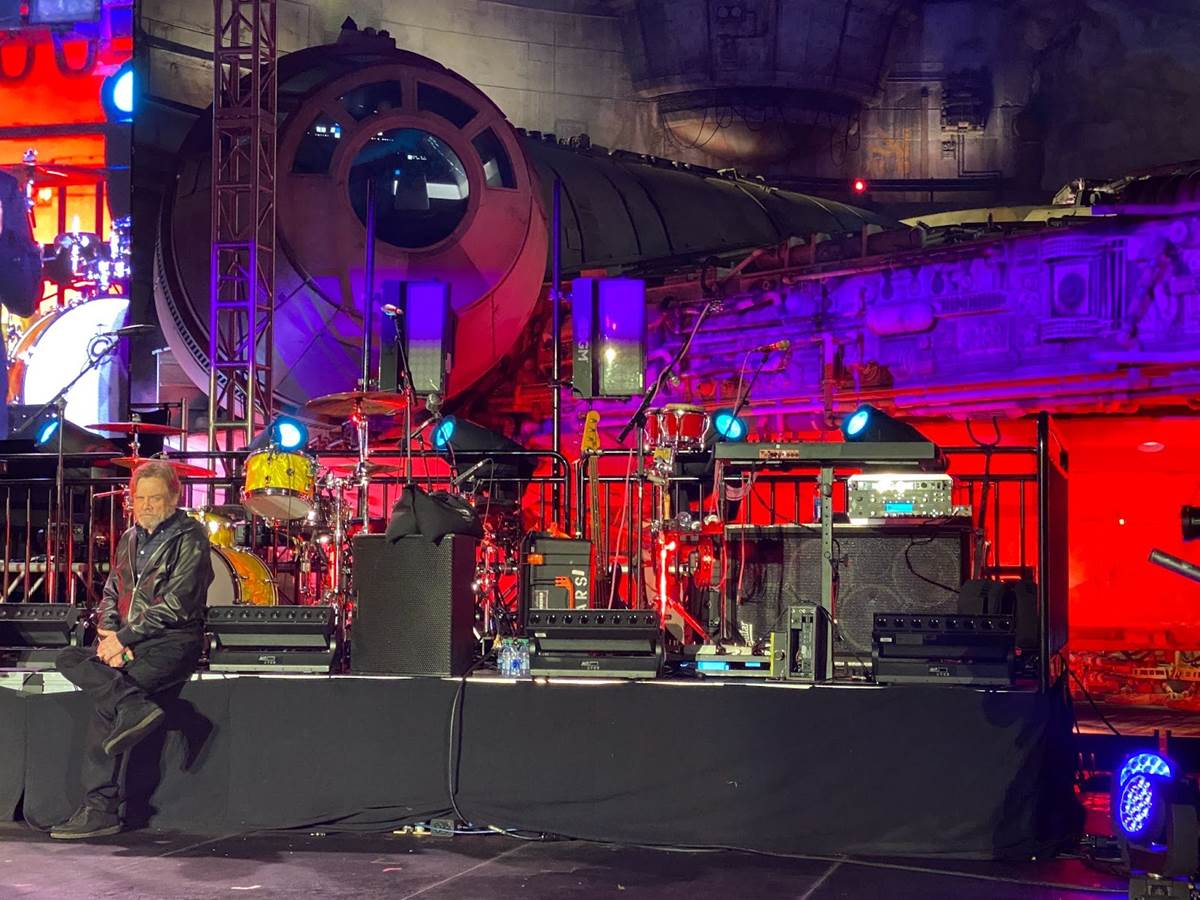 Closing out the ceremony was the indie-pop band Fitz and the Tantrums, who brought the intergalactic house down on the stage in front of the Falcon.

Naturally, plenty of fundraising was going on throughout the evening, and those in attendance were happy to give generously in support of this very worthy cause. During the night I also spotted more characters like Vi Moradi and R2-D2 wandering around Batuu, and it was nice to spend some quality time in Oga’s Cantina as well. For more information on Make-A-Wish, be sure to visit the foundation’s official website.