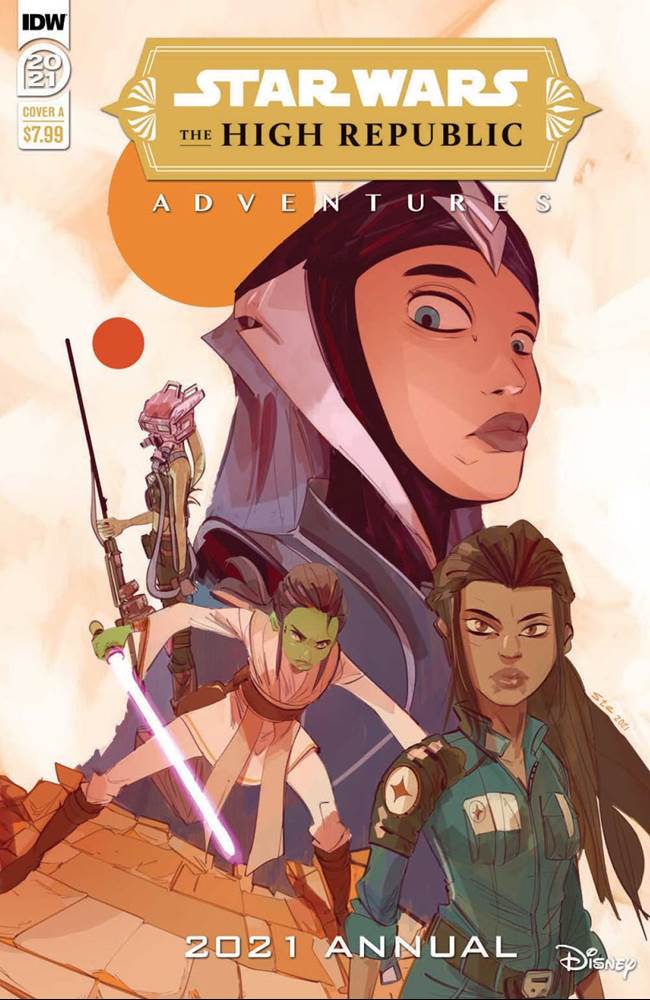 The High Republic Adventures 2021 Annual also comes with a super-sized price ($7.99), which I guess makes sense as it contains 40 pages worth of art and dialogue– almost double the usual 22– but I think $6.99 would have felt a little more appropriate given how fast of a read it is. I zipped through this thing in just slightly more time than it usually takes me to read the average comic, which is a testament to how entertaining it is, but also made it feel like I may have slightly overpaid. 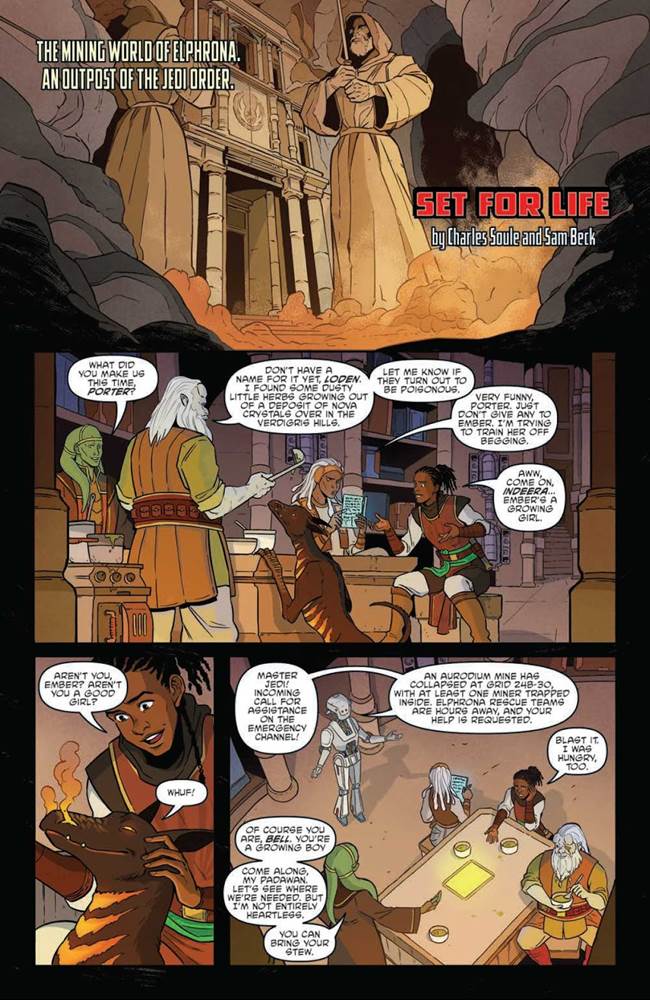 In the first story, entitled “Set for Life,” writer Charles Soule (Star Wars: The High Republic – Light of the Jedi) and artist Sam Beck (Verse) rewind time to a more peaceful, pre-Nihil-prominence period of the galaxy’s Outer Rim. On the planet Elphrona, Jedi Master Loden Greatstorm and his Padawan learner Bell Zettifar are called to rescue a civilian trapped in a mining accident. During this adventure, Bell learns about the cost of selfishness and must face the dangers associated with the Jedi Order’s solemn oath to help others. Up next is “No Stone Unturned,” written by Claudi Gray (Star Wars: The High Republic – Into the Dark) and illustrated by Jason Loo (The Pitiful Human-Lizard), in which we get to follow the crew of the Vessel– namely Leox Gyasi, Affie Hollow, and Geode– as they embark on an Indiana Jones-style quest to steal an ancient artifact from ruins they thought to be abandoned, only to immediately find out how wrong they were. Third is “First Mission” by Justina Ireland (Star Wars: The High Republic – Out of the Shadows) with art by Yael Nathan (Star Wars Adventures), in which we get to see the initial meeting between Vernestra Rwoh and her new Jedi Master Stellan Gios, as they set out to monitor a diplomatic banquet attended by the devious Jabba the Hutt. The fourth story is entitled “Crash and the Crew Do What They Do” and is written by Daniel José Older (Star Wars: The High Republic – Race to Crashpoint Tower) with illustrations by Jesse Lonergan (Planet Paradise). This tale sees a ragtag security force charged with protecting Chancellor Lina Soh when she visits Coronet City on Corellia, and details the scrap they get into while trying to thwart an assassination attempt. Lastly, there’s “The Haul” by Cavan Scott (Star Wars: The High Republic – The Rising Storm) and Stefano Simeone (Good Luck), in which an ambitious Nihil storm named Slombo attempts to break into a reinforced vault on the planet Quilken, though he is in for a series of unhappy surprises. I enjoyed all these combinations of scribes and artists, and it was cool for each author to have the chance to zoom in on certain characters (both Jedi and non-Force-powered, thankfully) for smaller, more intimate stories that don’t necessarily have a huge impact on the ongoing plot of The High Republic, but are still suitably engaging in their own right. It seems like Marvel Comics may have halted the tradition of putting out oversized Annual issues for their ongoing Star Wars titles but I’m glad that IDW has kept it going. 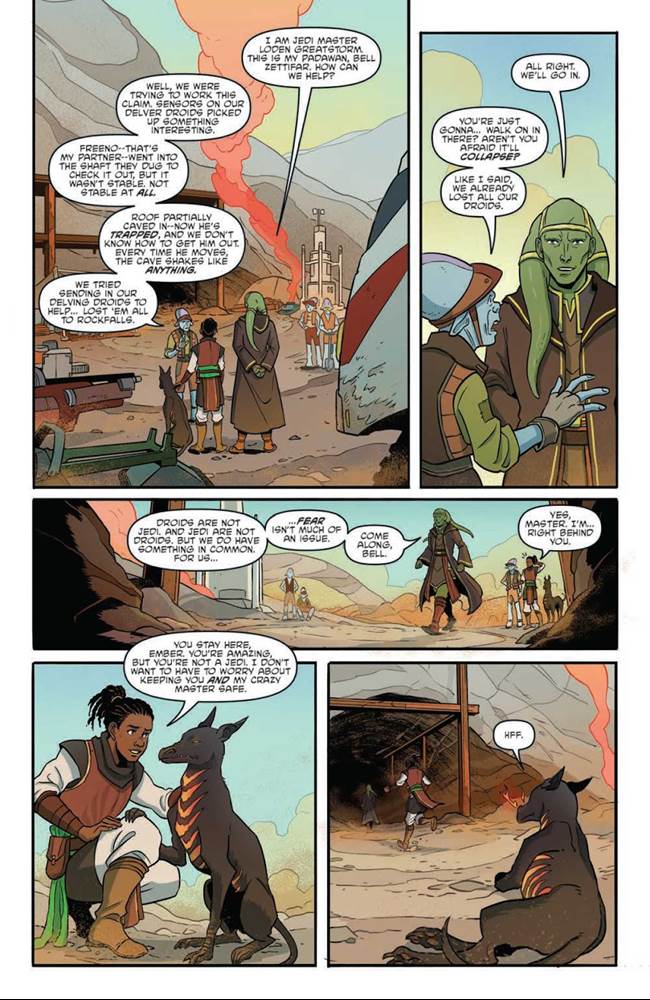