Last night, I had the pleasure of attending the first of two Holiday Mixers hosted by D23 at the Bowers Museum in Santa Ana, California. The event offered holiday goodies, character moments and a chance to experience the museum’s new exhibit from the Walt Disney Archives. 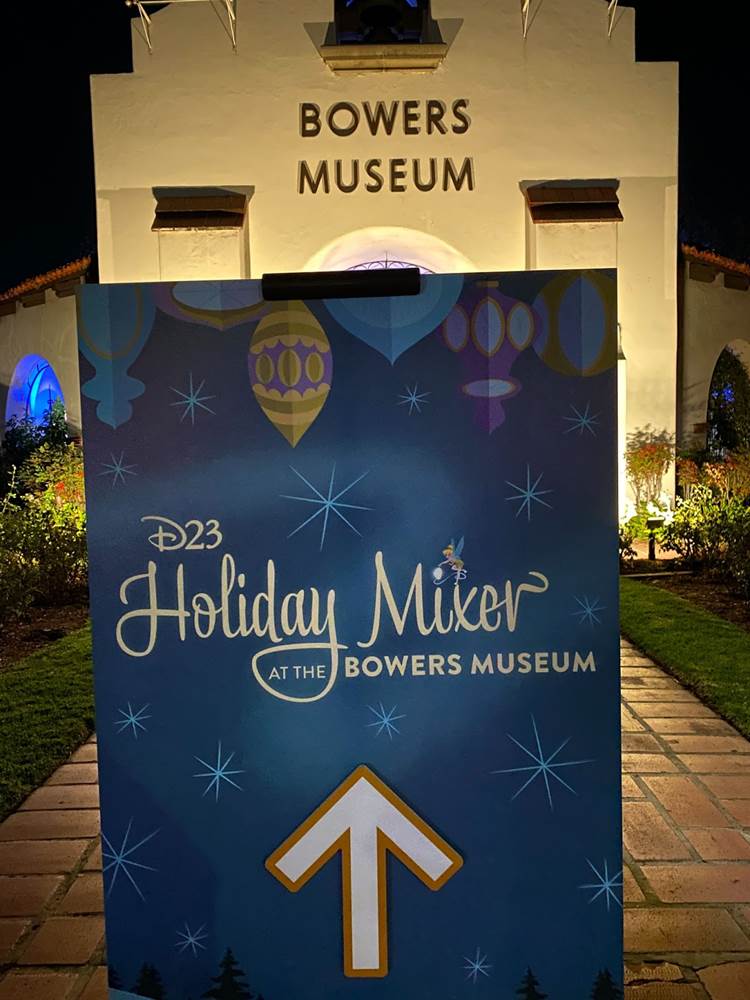 Upon entering the event, D23 Members were handed some freebies, including two magnets and a set of postcards. Here was the line-up for the event. The art from the postcards were also featured in several backdrops that guests could take selfies with. 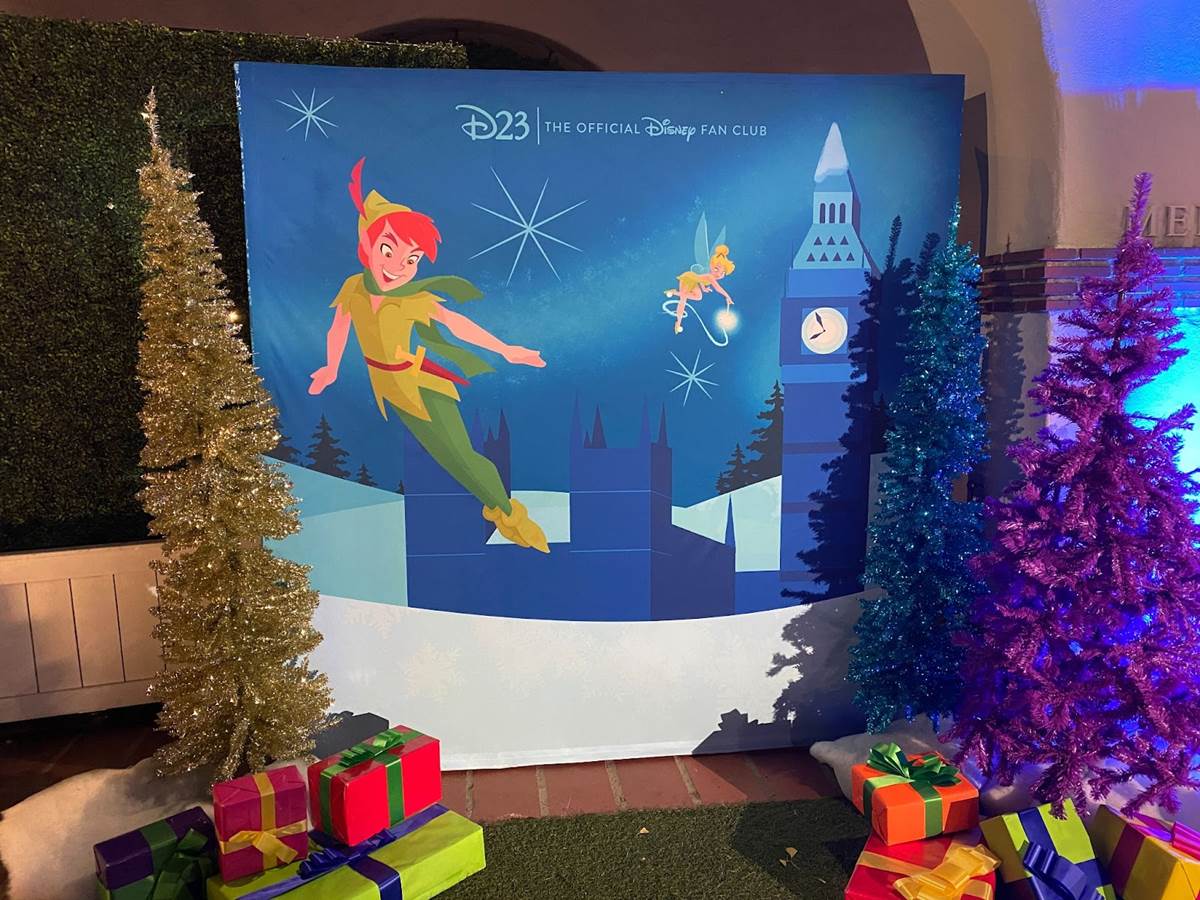 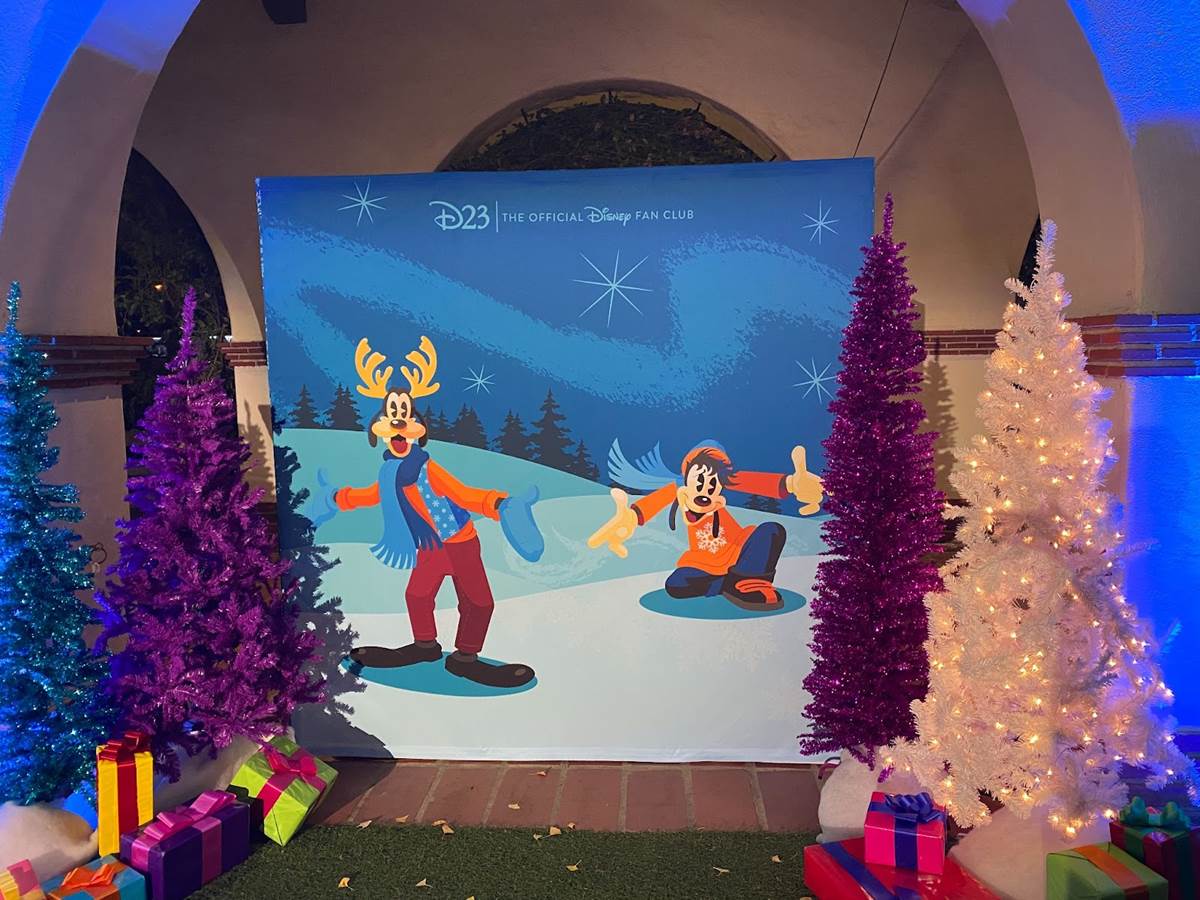 Mickey and Minnie made an appearance in their new holiday outfits!

Mickey and Minnie are here in their new holiday outfits! #DisneyAtBowers pic.twitter.com/Een2xw6645 The new exhibit, All That Glitters: The Crown Jewels of The Walt Disney Archives, was open for D23 Members to browse. 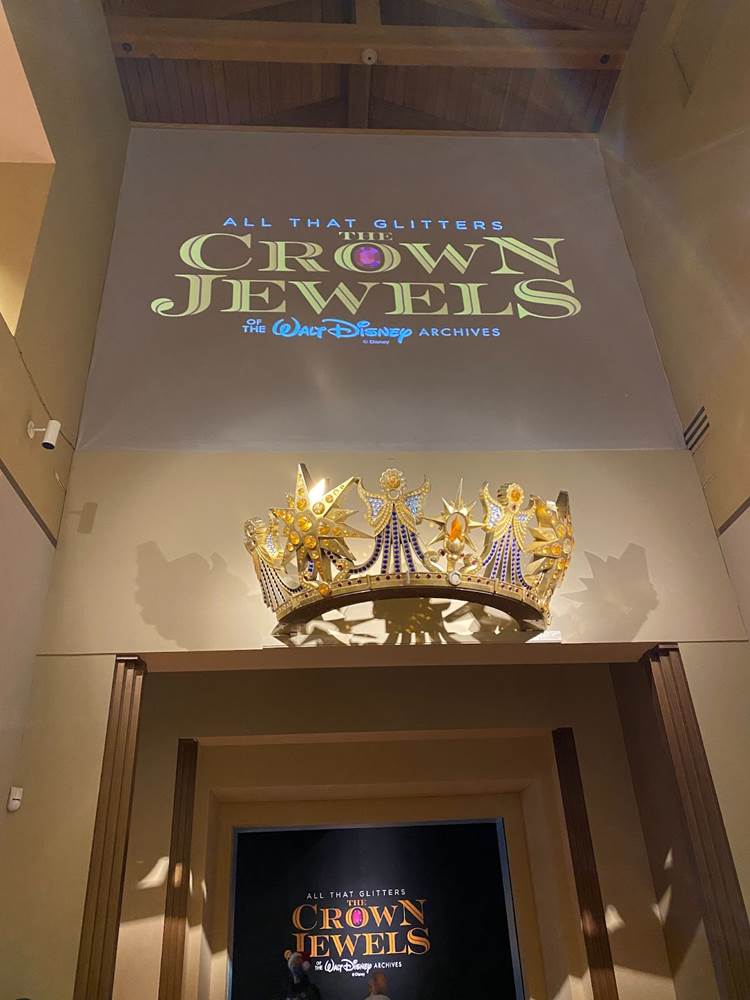 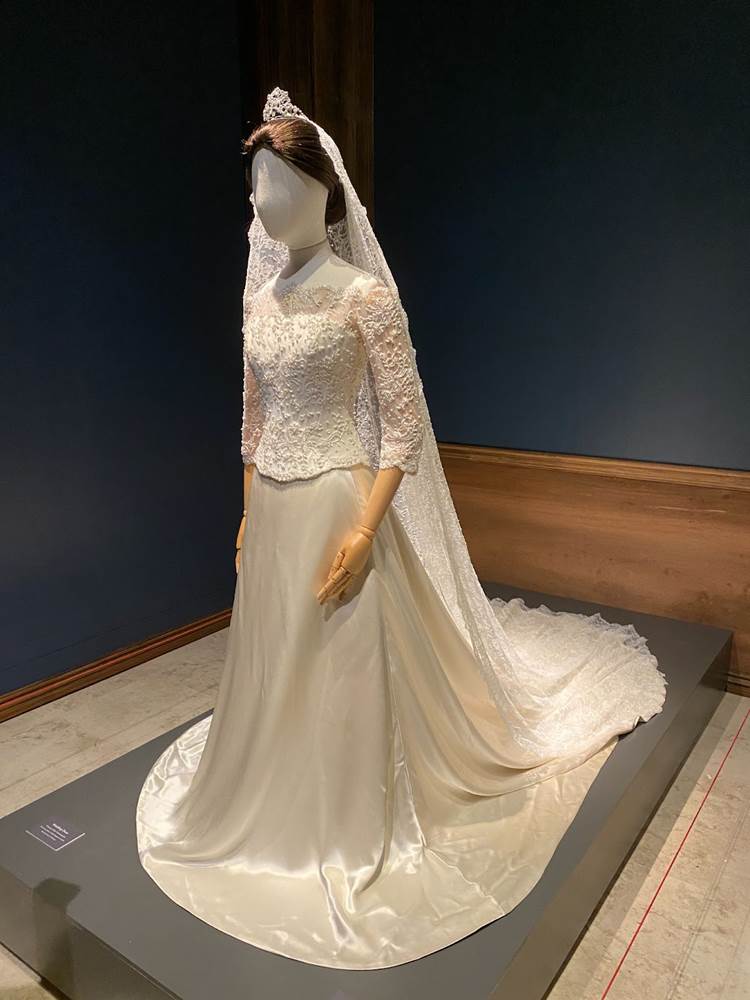 For more from All That Glitters: The Crown Jewels of The Walt Disney Archives, check out Mike’s report from the media preview last week. 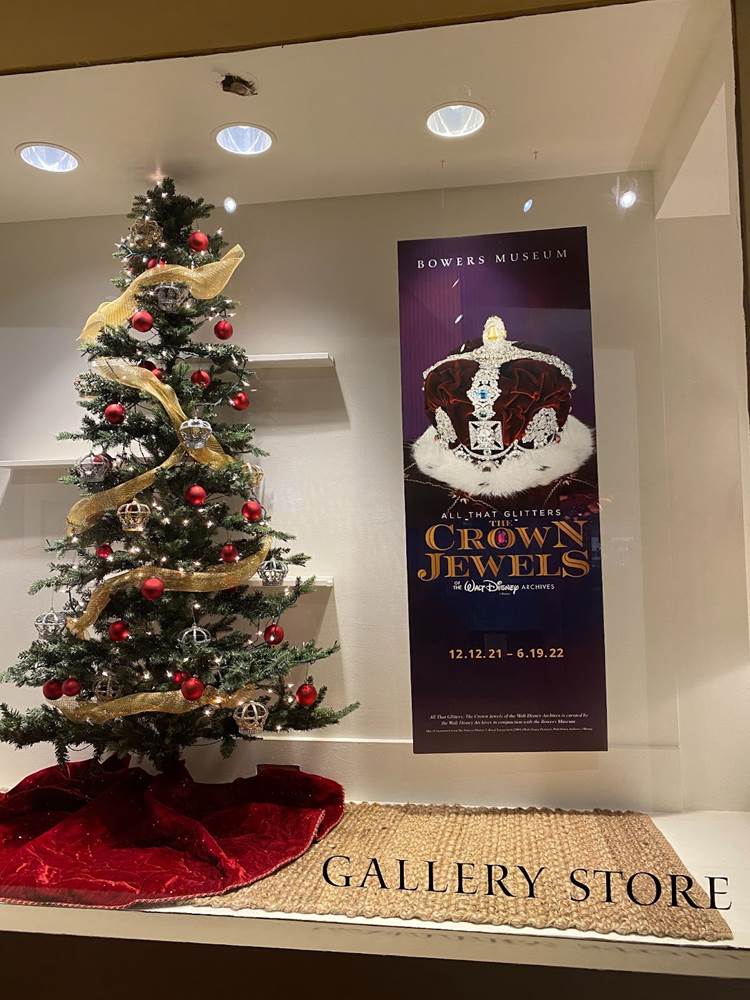 Also open and available to browse was the Bowers Museum Gallery Store, which features some Disney items related to The Walt Disney Archives exhibit. 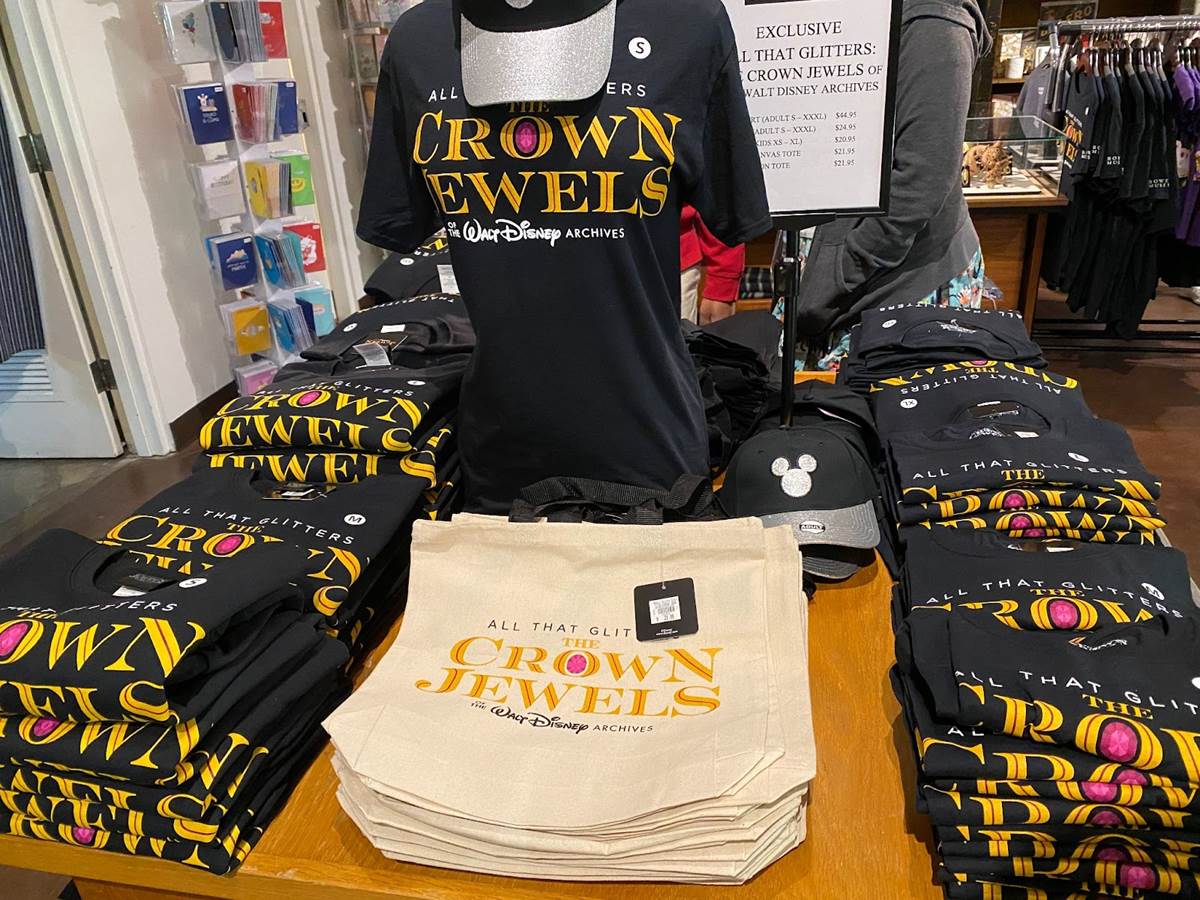 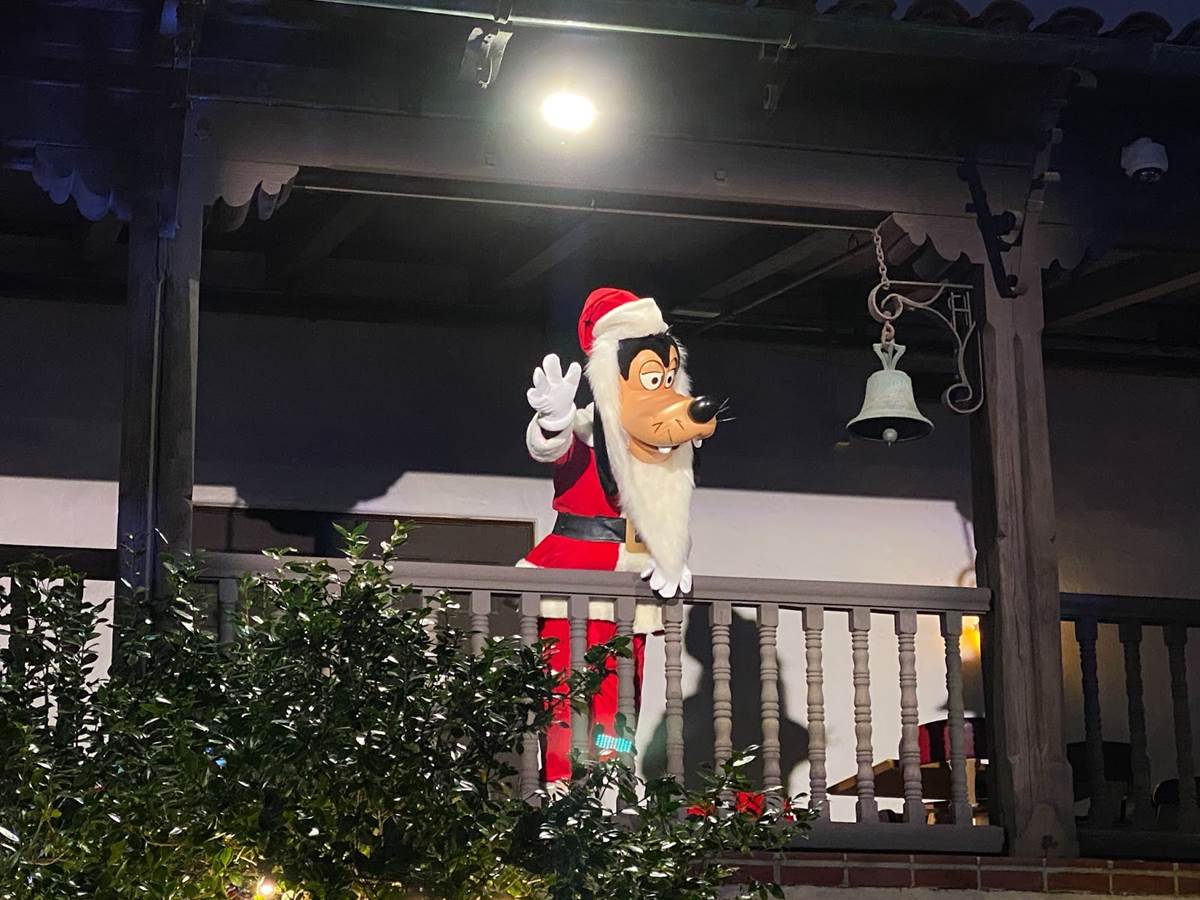 After Mickey and Minnie made their appearance, Santa Goofy came to town! 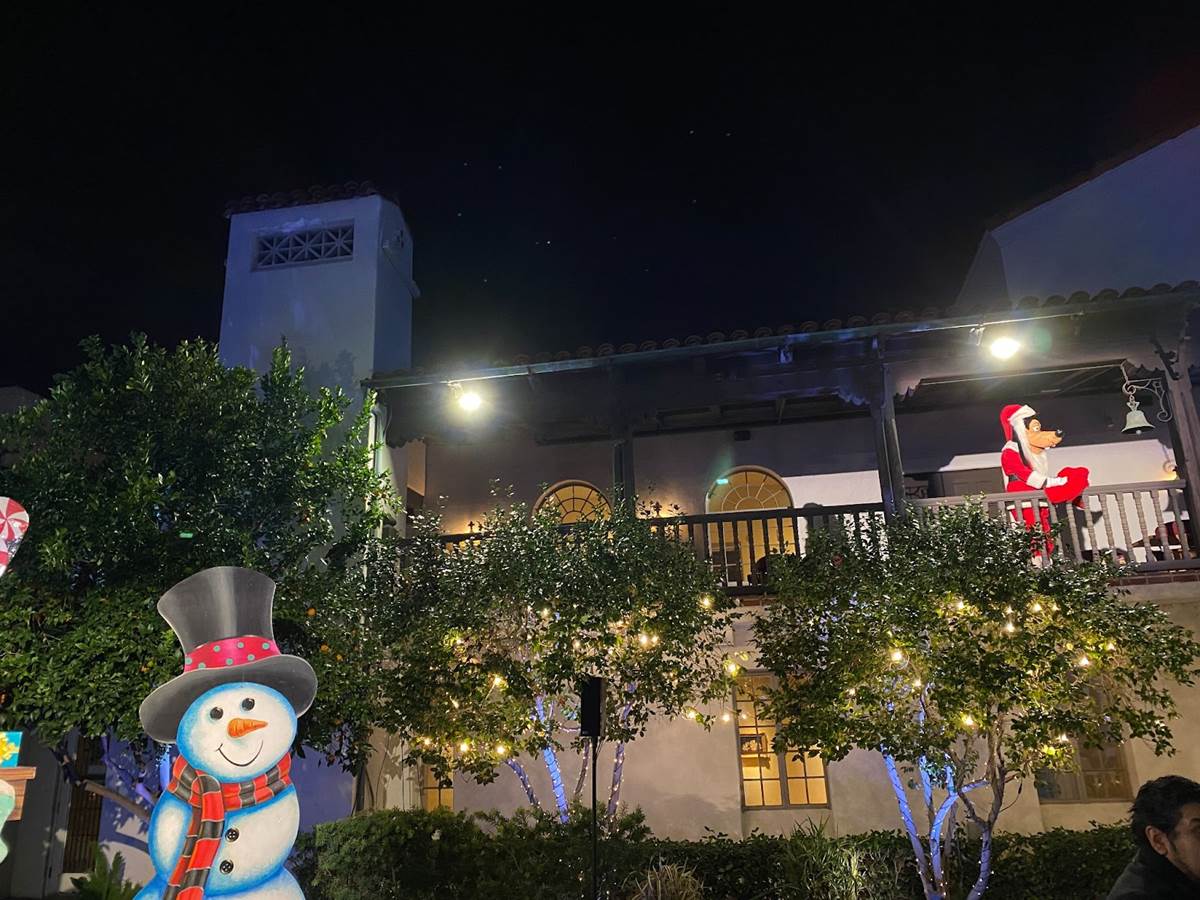 Thanks again to D23 for hosting me at this event, and be sure to check out All That Glitters: The Crown Jewels of The Walt Disney Archives, which runs at the Bowers Museum now through June 19th, 2022.