Disney Park meet and greets have changed a lot over the past two years, but the important thing is that they still exist. This week, we had the privilege of visiting Disneyland Paris and during our trip I decided to check out the Heroic Encounter at Walt Disney Studios Park. 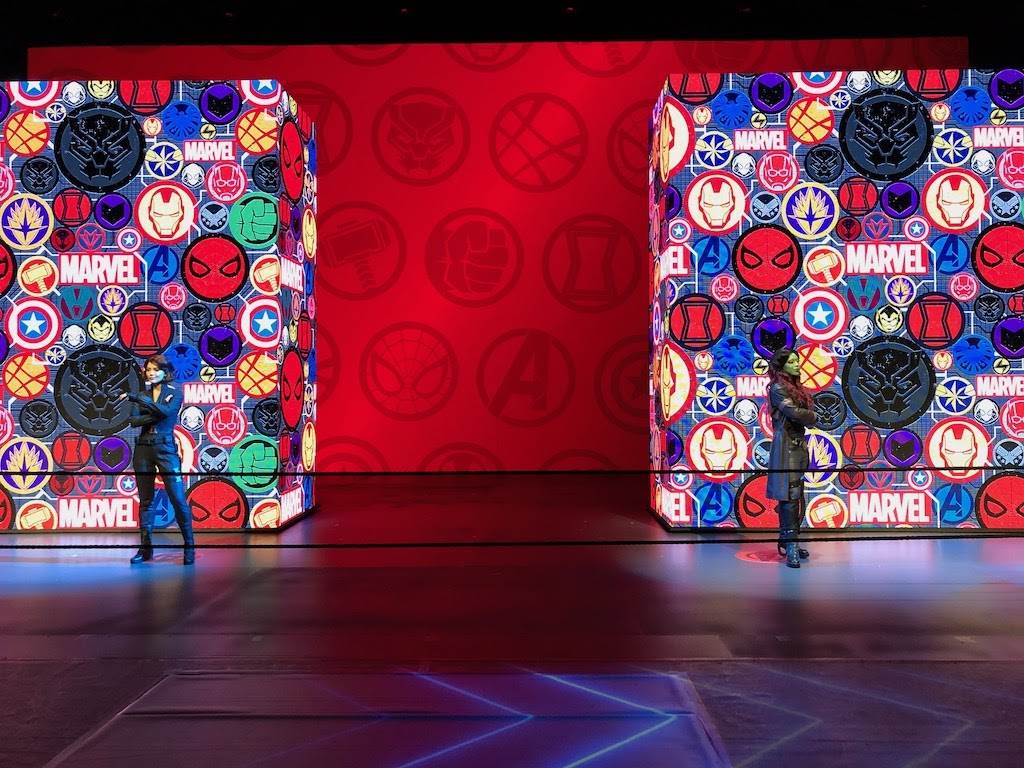 In the past, the park has had shows featuring the Avengers and Guardians of the Galaxy but for right now, they are only offering socially distanced meet and greets. The Heroic Encounter is located at the Studio Theater and guests can meet and chat with Marvel superheroes throughout the day. 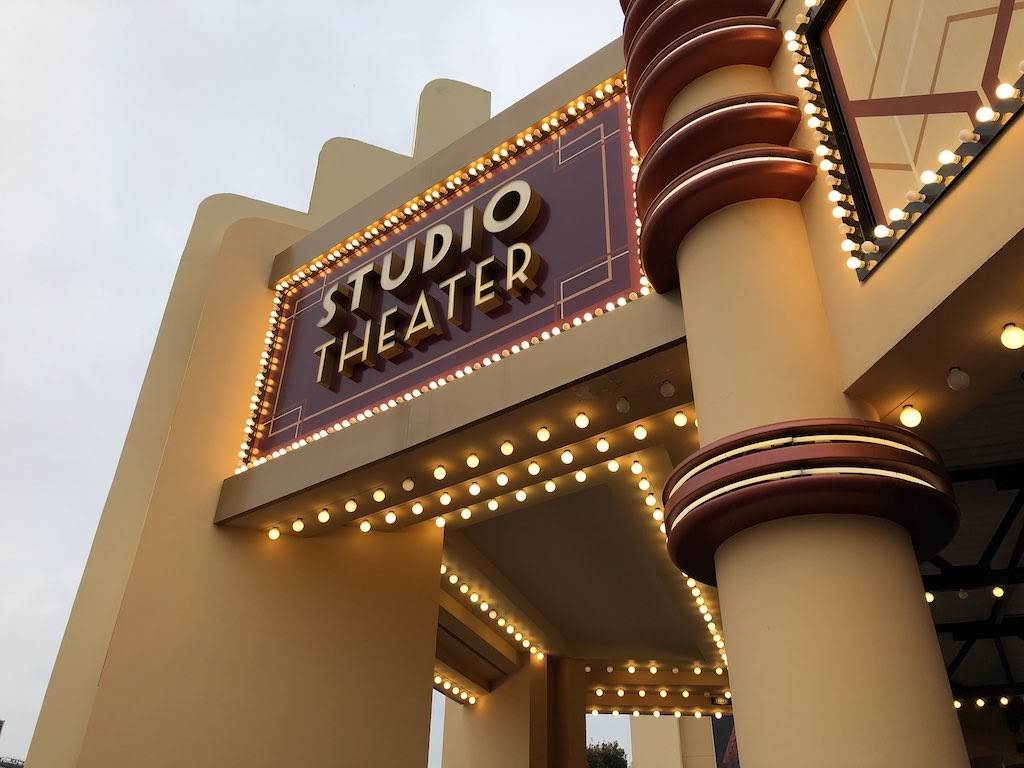 For this experience we queued outside and then were led right to the theater stage which was decorated with two backdrops covered in character logos. We were separated from the backdrops by stanchions, and markings placed on the floor indicated where we could stand to talk to the heroes as well as pose for and take pictures. Two PhotoPass Cast Members were also available to capture the encounters. 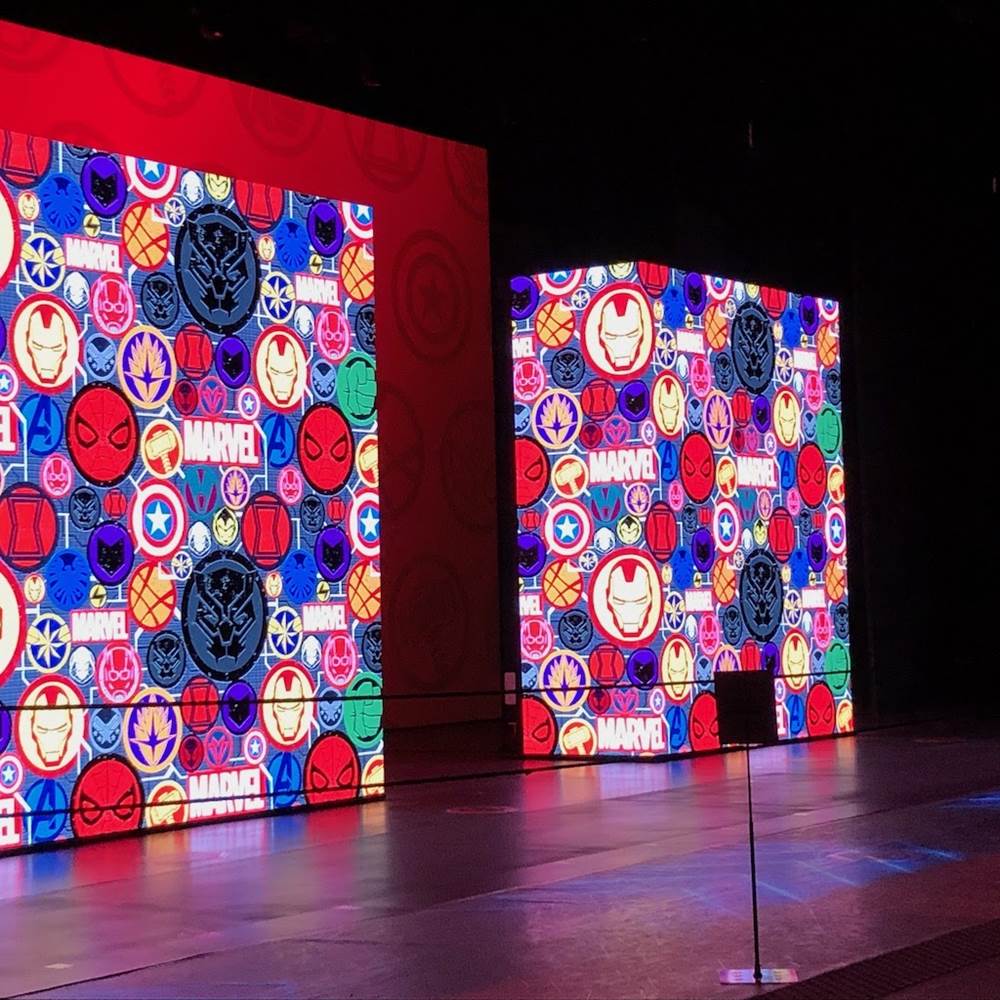 During my visit I had the pleasure of meeting Captain Marvel and Black Widow and Gamora and Star-Lord. All four heroes were fluent in English and French and were generous with their time, giving their full attention to each guest. They asked about my favorite superhero (Spider-Man), commented on my Minnie Ears (which unfortunately don’t give me enhanced hearing) and Star-Lord even showed off his dance moves. 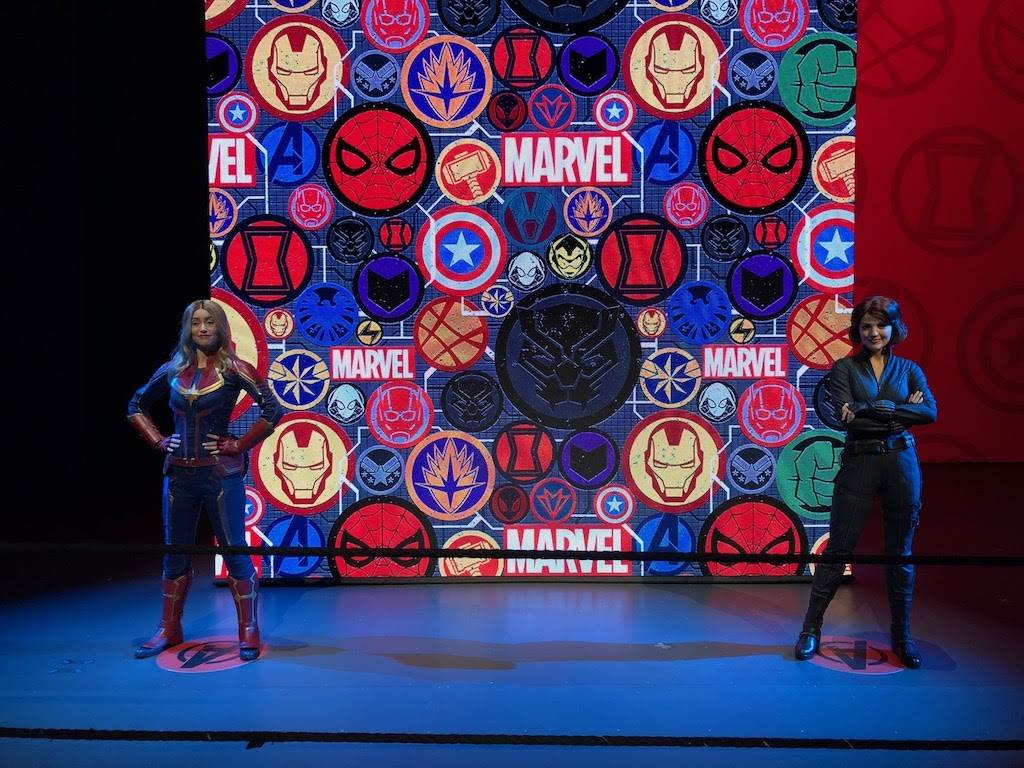 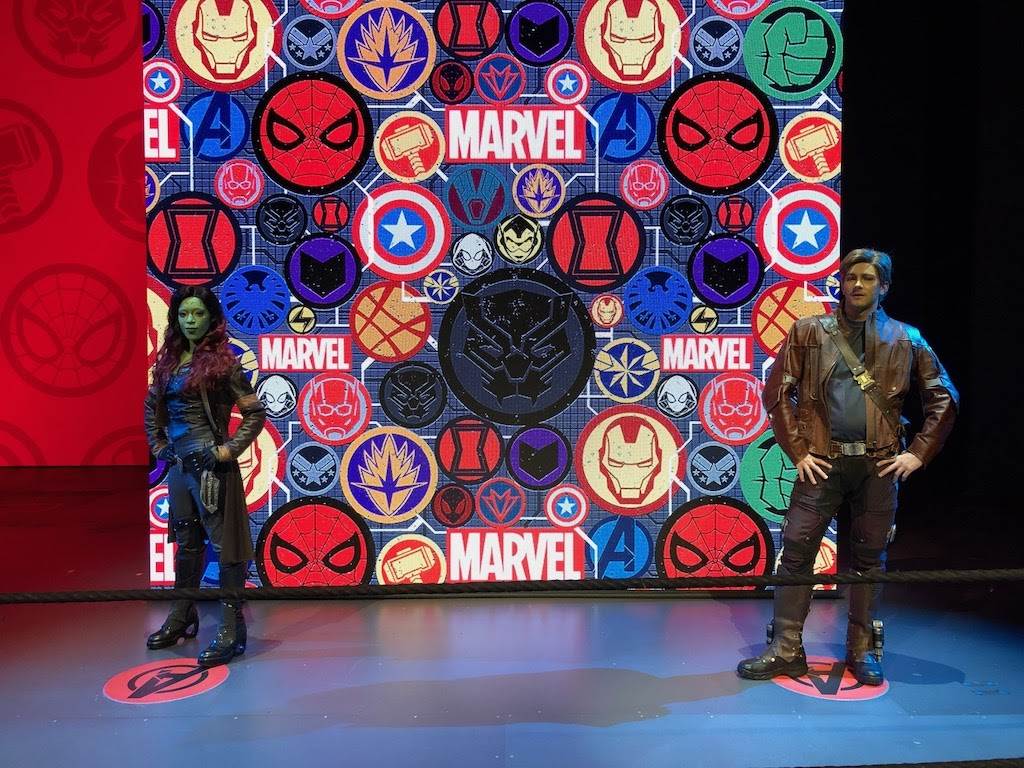 One thing I found confusing was that the Disneyland Paris app did not list this offering, and then at the park, the times shown on the digital theater marquee didn’t match what was posted on the Tip Board. Fortunately for me this didn’t have any impact on my plans for the day, but I could see how it could be frustrating for some guests. Also I didn’t see any listing of the heroes you could meet. I know that Thor, Loki, Captain America, and Spider-Man have been part of past offerings but don’t if they are included in the current character rotation. All that aside, the Heroic Encounter was more fun than I was expecting and is something I would recommend for guests whose kids love superheroes.

While there isn’t a lot of Marvel in the parks right now, this is far from the last fans will see of their favorite heroes at Disneyland Paris. Earlier this year, the resort opened the incredible Hotel New York – The Art of Marvel; and coming soon to Walt Disney Studios Park is Avengers Campus, a separate branch of the Campus at Disney California Adventure!