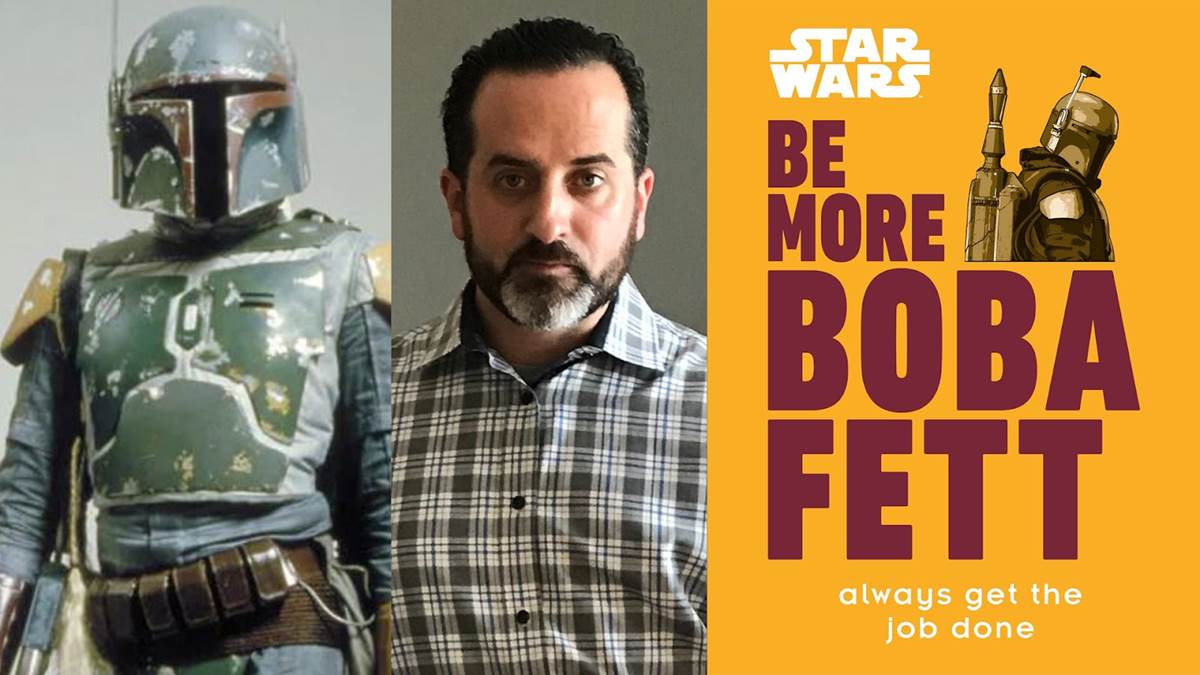 In addition to the new live-action series The Book of Boba Fett having premiered this week on Disney+, DK publishing has also released a new themed self-help book entitled Star Wars: Be More Boba Fett.

In celebration of this current Boba Fett renaissance, I had the wonderful opportunity to speak with Be More Boba Fett author Joseph James Franco about his lifelong Star Wars fandom, how writing the book came about for him and what fans can expect from it, and of course what he thinks of The Book of Boba Fett so far. 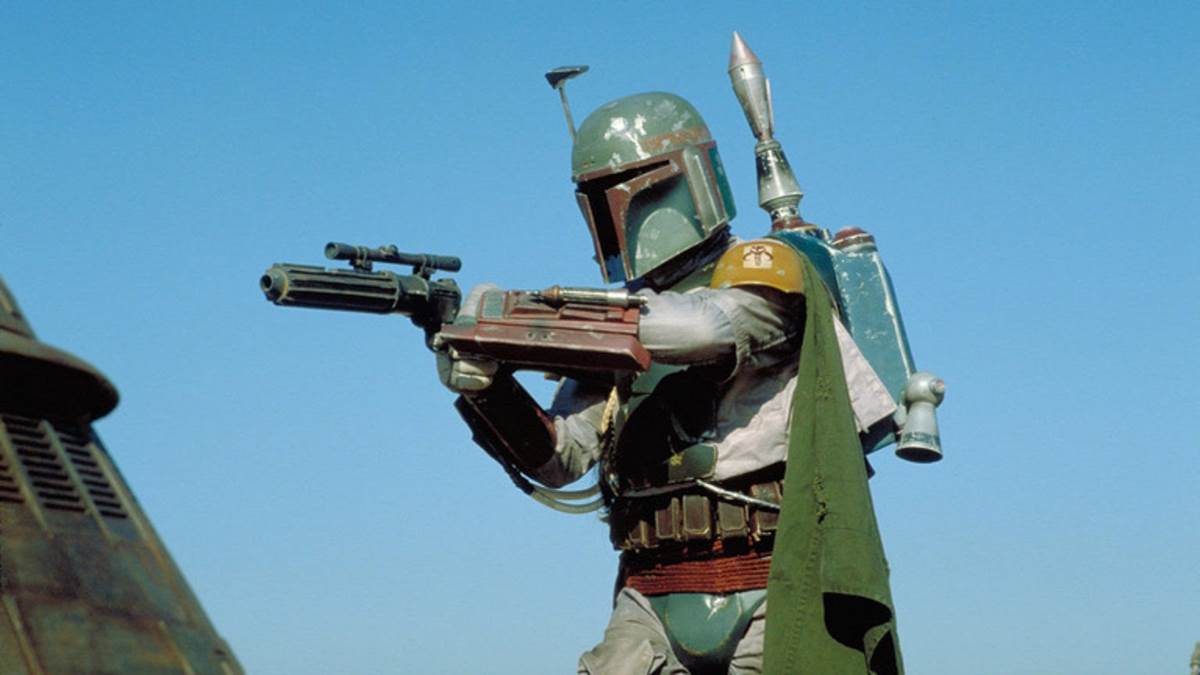 Mike Celestino, Laughing Place:  What was your history with Star Wars prior to writing this book?

Joseph Jay Franco:  [I’ve been a] lifelong fan. As a young kid, I grew up seeing the original films, collecting the toys– which I’ve never stopped, reading the comics and some of the novels over the years, and eventually working in publishing, where I wound up getting a job at DK in 2011. [I] worked there for ten years, where we published tons of great Star Wars reference books. Star Wars has been a [big] part of my life: [I] got the Imperial emblem tattoo at 18. I’m still obsessed with all things [Star Wars], and this was just a great opportunity to come my way.

LP:  How did Be More Boba Fett come about for you as an author?

Franco:  I always loved reference and non-fiction [books], and this Be More… series they started a few years ago at DK– I thought they were great little snippets [of] wisdom from different characters. I joked with [them] about, ‘If they ever do a Boba Fett one, let me know.’ I threw that out years ago before the return of the character in The Mandalorian, so when I heard they were dropping in a Be More Boba Fett into the publishing schedule, I just saw the planets aligning and took my shot, wrote out an outline. I do know some of the editors over there. I sent it over and they liked it enough to send it to Lucasfilm. It was a great opportunity for me as a lifelong fan, for my first published work to be a Boba Fett book, which is kind of awesome.

LP:  What can other Boba Fett fans expect to find inside Be More Boba Fett if they pick it up?

Franco:  I think the awesome thing about Boba Fett is– especially in the early films– he showed how he could work for both Darth Vader and Jabba the Hutt, and work the system. So the book, for me, is about good freelance advice. I was a freelancer for a few years. It’s all about the hustle– getting out there and getting things done, so the advice is very practical… and also in-world. That’s how these books are written: it’s a little bit of both good advice for anyone [and Star Wars elements]. LP:  I was surprised at how genuine and applicable the advice about becoming an independent contractor is in this book.

Franco:  Yeah, that’s how they line the books up: to be both a little in-world with obviously some references and nods to certain things, but also very practical advice from the perspective [of the characters]. So the [Be More Yoda is] about being zen, and [Be More Vader] is about being dominant. And [Be More Boba Fett] really applied across the board to any field, I thought. It was really great fun trying to match the quotes and the great imagery with that advice.

LP:  How else is Be More Boba Fett different from or similar to Be More Vader, Be More Yoda, Be More Lando, or the other books in DK’s Be More… series?

Franco:  It’s similar in that it’s advice from the perspective of the character. [Be More Leia] is the other one about being a great rebel girl, and they’re all great. The thing about [Be More Boba Fett] is, as many fans like myself know, Boba Fett is awesome. The first scene that came to me was the one when he lands on the skiff [in Return of the Jedi] and Luke is cutting [Fett’s blaster with] his saber, about how things go wrong no matter how well you plan. That’s how I started writing the thing. Again, I just think that kind of advice applies so universally– and Boba Fett’s so awesome– that I just thought that’s what makes this book really fun. It’s a great moment for it, too, with the show coming out.

LP:  Your bio on the publisher’s site says that your ‘devotion to the return of Boba Fett has never waned,’ so I have to ask how you feel about the current Boba Fett renaissance, and what are your thoughts on the first episode of The Book of Boba Fett?

Franco:  I won’t give any spoilers out to any fans out there who have not seen it, but I am very pleased. There are some elements in the [first] episode that I’ve been waiting many years to see. I’m sure you feel the same way. I’m all about the [Boba Fett] renaissance. I know things are going to change from what we maybe thought was going to happen years and years ago, but it’s just this great moment. [I loved] both those great hints in The Mandalorian, where you know [Fett] was there, but ‘Was that just a reference or was it going to become something else– this great thing?’ I’m all about his return, and I’m so excited to keep watching, because it’s just great stuff. 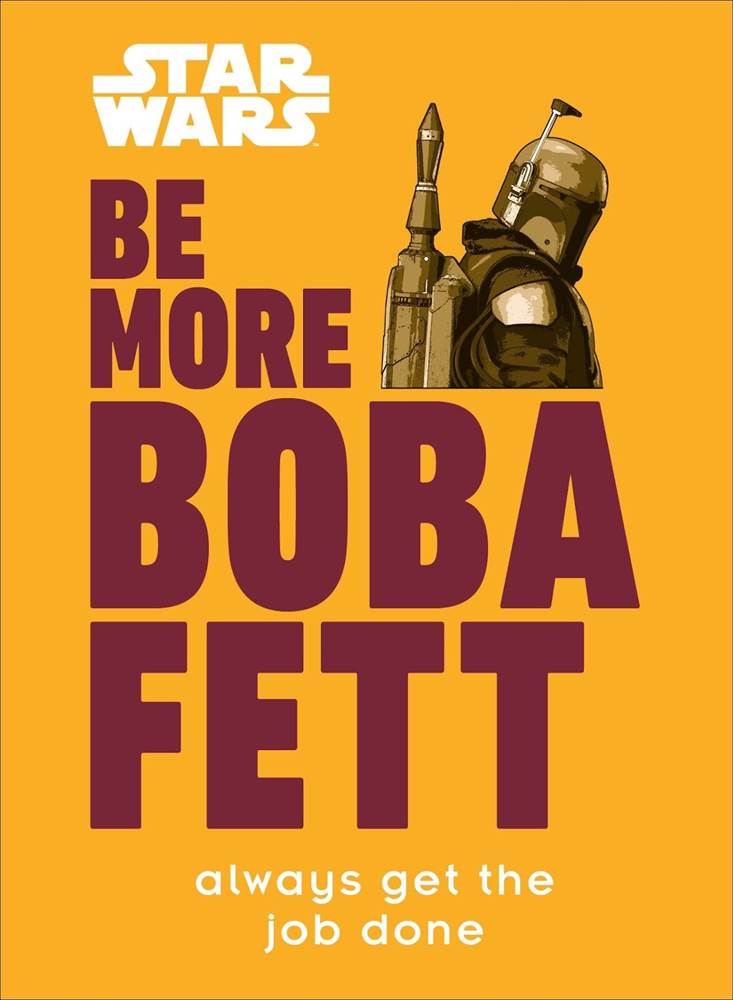 Star Wars: Be More Boba Fett is available now wherever books are sold. The audio version of this interview is featured in the third season premiere of Laughing Place’s Star Wars podcast “Who’s the Bossk?”