Interview: “In Every Generation” Author Kendare Blake on Crafting the Next Chapter of the Buffyverse

This past week, I had the pleasure of reviewing a brand new young adult novel set in the world of Buffy the Vampire Slayer titled In Every Generation. As a fan of 20th Century’s TV series about a girl chosen to be the only slayer for her generation—or for as long as she lives—it was incredibly enjoyable to dive back into that universe. 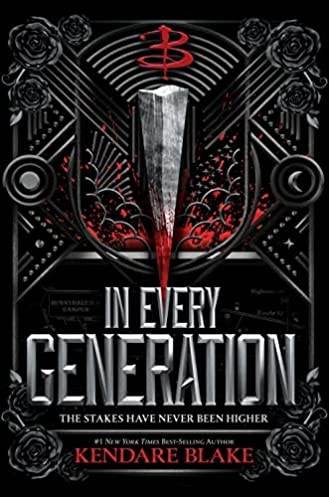 This new story, written by New York Times bestselling author Kendare Blake (Three Dark Crowns), follows not Buffy, but her friend Willow’s teenage daughter Frankie, who unexpectedly gets called as the slayer. Frankie is a bit green as she adjusts to her new role and tries to figure out what happened to the other slayers, but fortunately is supported by a new cast of characters and guided by a few familiar faces.

Aside from reading and reviewing In Every Generation, I had the opportunity to interview Kendare who masterfully delivered fans into the next chapter for the Buffyverse. Here’s what she had to say about writing for a new slayer, what’s on the horizon and where she falls on the Angel/Spike debate! 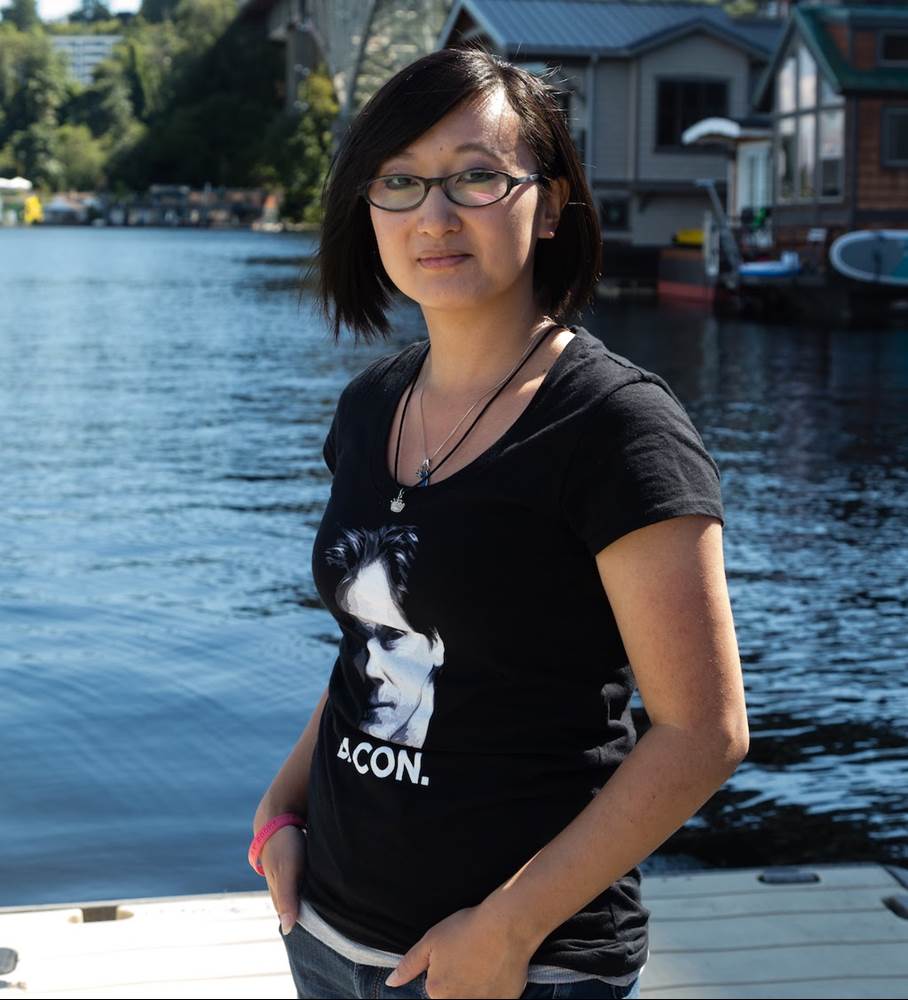 Bekah Burbank: First of all, I want to say how much I enjoyed being back in the Buffyverse! You clearly have a lot of love for BtVS as your writing captured the essence of the original while still being something completely unique. How did you find your stride?

Kendare Blake: It’s weird, but the stride was there already. Like the Buffyness inside me had been lying dormant all these years just waiting for its moment. Returning to Sunnydale (even a lower-elevation, New Sunnydale that was somehow rebuilt out of that sinkhole—this is the part where we suspend our collective disbelief!) was the most fun I’ve had in front of a word processor.

BB: Bringing a new slayer into the fold is a huge task and means consequences for the existing chosen ones. Did you have any hesitations with jumping into this story or were you ready for this shake up?

KB: I’ll be honest, as a Buffy fan, the way the story was pitched, with Buffy and Faith and the other slayers presumed dead in an explosion, my first reaction was: NOOOOO! WHYYYY? OH THE HUMANITY! But from a storytelling standpoint I understood: having the established slayers off the page and in danger was a big set piece of inciting action, and it allowed Frankie and her New Scoobies some space to learn and figure out their own dynamic (while under intense pressure). However, talking storyline with the Buffy creative team I kept sneaking in a closing line to my emails which was, “But Buffy isn’t really dead, right? You know Buffy can’t really die, right?” And they would just kind of be like, I don’t know…we’ll see…just leaving me hanging, you know? They’re a real bunch of scamps.

BB: Frankie is a great character and I found her immediately likable. I love how she feels like equal parts Buffy and Willow while remaining her own person. What do you like most about her?

KB: I love her Sailor Moon-ness. By which I mean the way she fights is much more comedic than Buffy. She’s terrified. She overthinks it. She’s got the moves…and she messes up the moves. Buffy was a little like that, too…she used her environment, her moves were less technically perfect than say, Kendra’s, but they were consistently badass. Buffy’s improvisation worked; it made her better, it’s part of what made her THE slayer among slayers. Frankie’s improv is more like…open mike. And frequently results in her near death. But make no mistake: she’s a slayer. She gets the job done.

BB: There are lots of complexities when it comes to writing such a large cast of characters. Whose voice was easiest to find and who did you have the most challenges writing for?

KB: Frankie and the New Scoobies were collectively the hardest because I didn’t know them. I had to get to know them, and they had to get to know each other. They were new friends, figuring out a new group dynamic, something I think many of us can relate to, but it takes time for everyone to find their roles.

So let’s talk about the original Scoobies instead. Of the original Scoobies, Spike was the easiest. His voice is strong, and thanks to the masterful writing of the show and the pitch perfect performance of James Marsters, he can be just about anything, from the Big Bad to the baby. He can be shockingly wise, and…kind of a himbo. And it’s all totally Spike.

BB: Did you have the freedom to create your own characters (like newcomers Hailey and Jake) or were you encouraged to work with suggested archetypes and then flesh them out?

KB: A bit of both. I was told who Hailey and Jake were, that Hailey was Vi’s little sister and…actually in the original pitch Jake was Jordy, but then we figured out that Jordy would be too old by that point and it would be weird for him to hang out with Frankie. So I suggested Jake. Sigmund was a scholar and a Sage demon, but I got to decide what a Sage demon was. And as for their personalities, I just turned them loose on the page and let them figure it out, like I do with all of my characters. The way my brain works, a good character doesn’t need to be made; they’re just in there already, waiting for me to pay attention and get to know them.

BB: While we don’t live in a world as mystical as Frankie’s, did you draw on any personal experiences for this story and characters?

KB: Personal experiences, no. Nothing that has ever happened to me is even as cool as the most boring thing that has happened in Sunnydale. But personal likes, a little bit. Frankie and I both care about the planet. And there’s a demon in there who’s kind of a foodie and I love food. Love menus. Love restaurants.

BB: I know In Every Generation is part of a trilogy. Can you share which installment you’re most excited for readers to experience?

KB: Well…I haven’t written the third book yet, so I can’t say for sure. But I will say that there’s an element in the second book that is so fan service-y that I don’t even know if it will stay, but I had an absolute ball with it. I know some people are like, boo, fan service, but when it’s done with purpose and without disrupting the story, I love it. I’m a fan and I demand to be serviced! Also I have an arc in mind for the Osbourne werewolf clan, and I really hope that plays out.

KB: Nice try! I’m not getting thrown into that sand trap! The debate on that is one for the ages, and I just like to sit back and watch fans throw Angel and Spike into the ring together. Like Buffy suggests, maybe there can be some sort of oil involved.

Well, there you have it! I want to express my sincere thanks to Kendare for generously sharing her time and answering my burning questions about this venture back into the Buffyverse. I can’t wait to see what else is in store for Frankie and the New Scoobies!

In Every Generation is available now in print (hardcover), audio and E-book formats.