2022 has kicked off with incredible news. The Percy Jackson series on Disney+ has got the official greenlight, and production could start this summer in Vancouver. Here is a recap of the major events in the Rick Riordan Literary World for the month of January.

In the world of Rick Riordan Presents, Yoon Ha Lee’s Tiger Honor kicked off the year with its release on January 4. Not only did fans of Yoon’s Dragon Pearl get a chance to step back into their favorite world with his latest book, but new readers could join the adventure with the Thousand Worlds Space Forces without missing a beat. 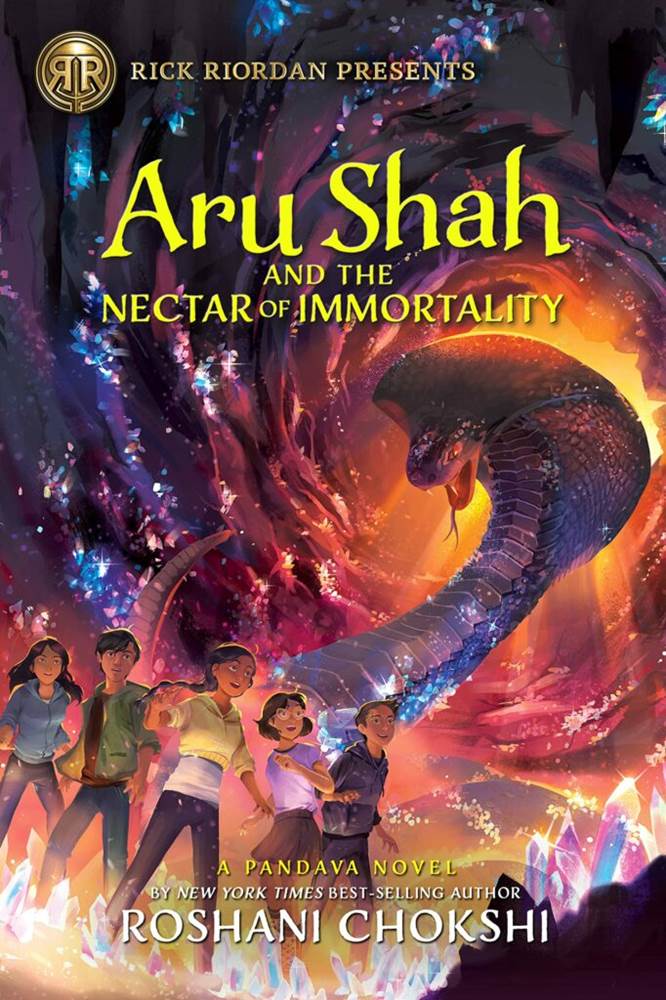 In April, the series that started the Rick Riordan Presents imprint will end with the fifth and final installment in Roshani Chokshi Pandava series, Aru Shah and the Nectar of Immortality. Chokshi has created an incredible series that highlights Hindu mythology with a main character that is as complicated and heroic as Percy Jackson. Preorders are available for the forthcoming book.

May brings Ballad & Dagger from author Daniel José Older to the Rick Riordan Presents banner. Filled with magic, Cuban mythology, pirates, and battles with gods on the streets of Brooklyn, Ballad & Dagger will be the must-read event for spring. You can preorder the book now.

Riordan has also spoken about spending his days traveling through Tartarus as he adds his voice to the manuscript about Will Solace and Nico di Angelo. The first time he has collaborated with another author on a book, Riordan has mentioned that working with Mark Oshiro is like sharing his Lego collection with someone and learning to build new and cooler stuff. Fans will need to be patient because this book won’t be available until summer 2023. 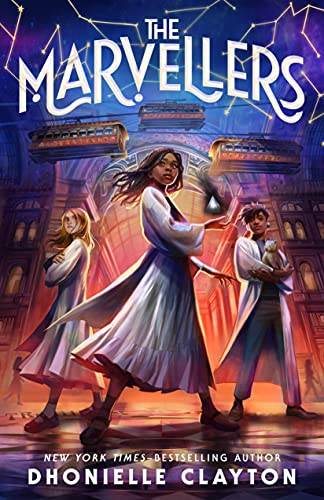 Even though they weren’t published through the Rick Riordan Presents banner, Riordan has recommended two books that readers should check out. Dhonielle Clayton’s The Marvellers coming in May has everything that fans of Riordan like, a school of magic and a group of likable characters. 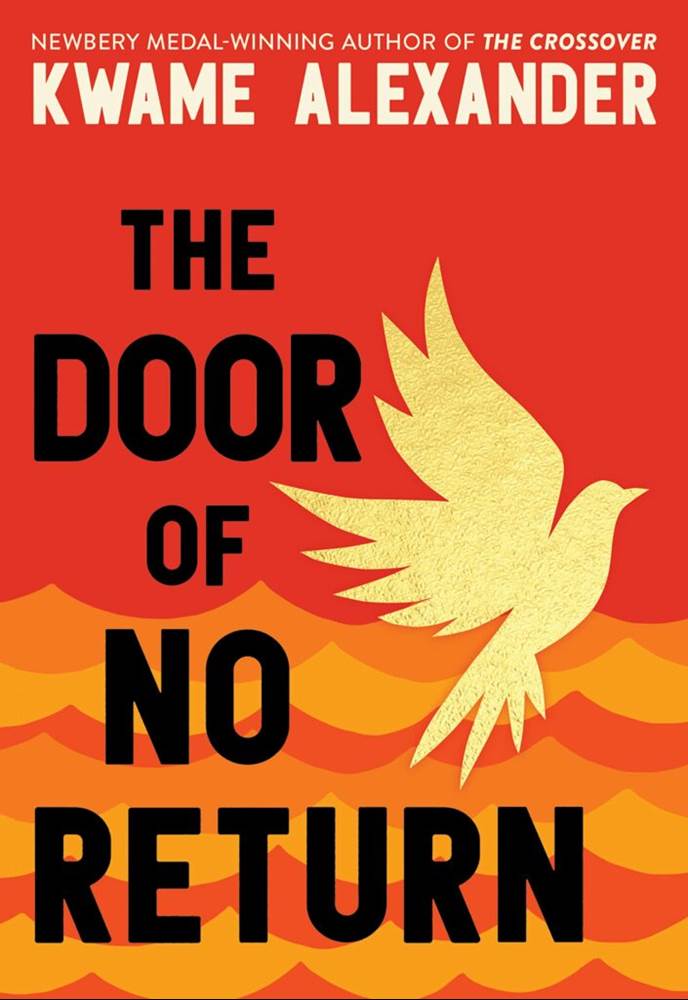 Finally! Disney+ has given the green light for production on the Percy Jackson series.

After waiting for updates, and hearing about the script writing process, not to mention tens of thousands of tweets in support of a proper adaptation of the Riordan work, the official greenlight makes this series a go. Riordan’s announcement is great news, but he is quick to caution that there is still a ton of work to do.

Giving a quick rundown about the production process, Riordan describes how the writers’ room meets every week, and the first four scripts for the series have been delivered to the studio with the usual revisions expected after feedback from executives. While the rest of this spring will be devoted to completing the scripts for the remainder of season one, the plot of The Lightning Thief will be followed in the first season of the series. This means if the show is a success then future seasons will adapt the rest of the five-book series. Riordan also mentions that depth, and easter eggs, and some potential backstory elements will be added to keep the show fresh and fun. So even if you are a super fan, there is something new waiting to be explored.

Having a room filled with writers who are fans of the book makes great story telling a reality. Riordan and his wife Becky have been overseeing every step of the development with the goal of giving a faithful adaptation that millions of fans have wanted and campaigned for.

Casting is a whole different animal that the producers must tackle. The trio of leads, Percy Annabeth and Grover must be cast first before any other roles can be filled. These three actors need to have great chemistry and according to Riordan we wouldn’t hear any news about who gets the parts for months to come.

Riordan also mentioned that he and Becky will be in Vancouver where the show will be filmed throughout this summer. Fans may look at Rick as having total control on the project, but he is quick to point out that this is a team project with a large group of people offering their ideas and insight.

Fans needn’t worry. A group of people who are making decisions on the Percy Jackson series is a group of people that include Rick and Becky Riordan. Viewers are going to be immersed in Percy Jackson’s world and they will recognize this world from the books that have been cherished by millions around the world.

Percy Jackson isn’t the only iron in the fire at Disney+ for Riordan. The adaptation of his most recent best seller Daughter of the Deep (an incredible book for sure that makes me want more stories from this world, and I only hope that this film adaptation becomes a series) continues. The process of waiting for the rights agreement from Disney before a screenplay can be started is what holds up production. According to Riordan this is nothing out of the ordinary, but it does show how time-consuming the process is in adapting a book to the screen.

Over at Netflix, the creative process for the feature film adaptation of The Red Pyramid continues. Script polishing which should help in finding a director is the next step, but Riordan again offers caution. This could take months, and fans should be patient.

It’s about time Disney+! Why it took so long is beyond me, but thankfully, Rick and Becky never wavered in this long development process and continue to keep fans apprised of the creative development on the series. Fans watched as countless other books were given the greenlight over the last couple of years and I often wondered if something was going to sink Percy Jackson before it even began. Thank the gods it didn’t.

The Percy Jackson series has millions of fans all over the world and continues to build on the legions of readers who want to see this beloved world on the screen. The 20th Century Fox movies had great actors, but the story lacked any real connection to the books. With Rick and Becky working side by side with dedicated writers, this will no doubt be an incredible and faithful adaptation.

The fact that James Bobin is the pilot director (he shot the pilot for The Mysterious Benedict Society), and that the production will use the StageCraft LED virtual production system, is certain to give the depth and reality to the series that the feature films also lacked. With the incredible StageCraft production system, viewers will get to see a beautiful rendering of Riordan’s work including scenes like Percy leaping off the St. Louis Arch, the throne room of Mount Olympus, Percy’s fight with Ares, and a truly detailed rendering of Camp Half-Blood. One can only be giddy with excitement at seeing Percy, Annabeth, and Grover traveling on Charon’s boat to the Underworld thanks to the brilliance of StageCraft.

Beyond the excitement of the Disney+ announcement, 2022 will grow and add new layers to the Rick Riordan Presents imprint. Daniel José Older’s Ballad & Dagger is certain to be a stunner. I worry that something bad will happen to Aru Shah in the final book of her story, but I have complete faith in Roshani Chokshi to deliver an epic conclusion.

Rick Riordan fans have lots to look forward to in this new year.