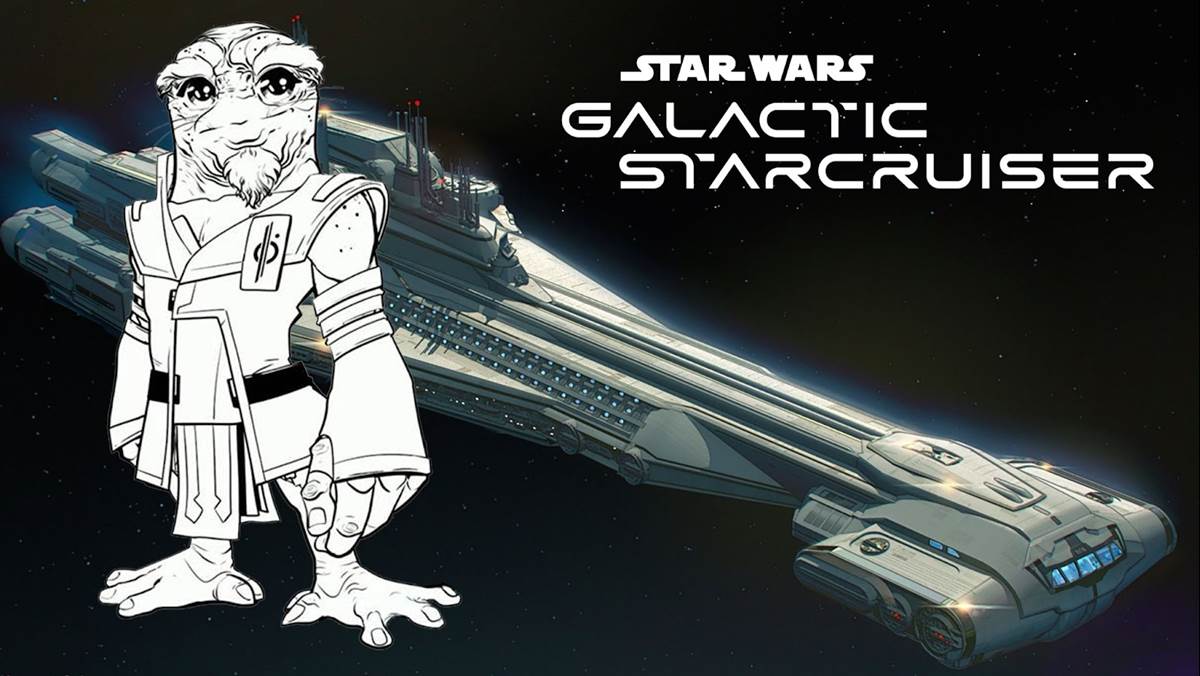 And now, thanks to an extended cameo appearance in the young-adult novel Star Wars: The High Republic – Midnight Horizon, we’ve met the first original character to come out of the Galactic Starcruiser story. Say hello to Shug Drabor, the in-universe designer of the Halcyon MP0-1400 Star Cruiser, which will serve as guests’ home away from home during their two-night stay at this innovation experience next to Disney’s Hollywood Studios. 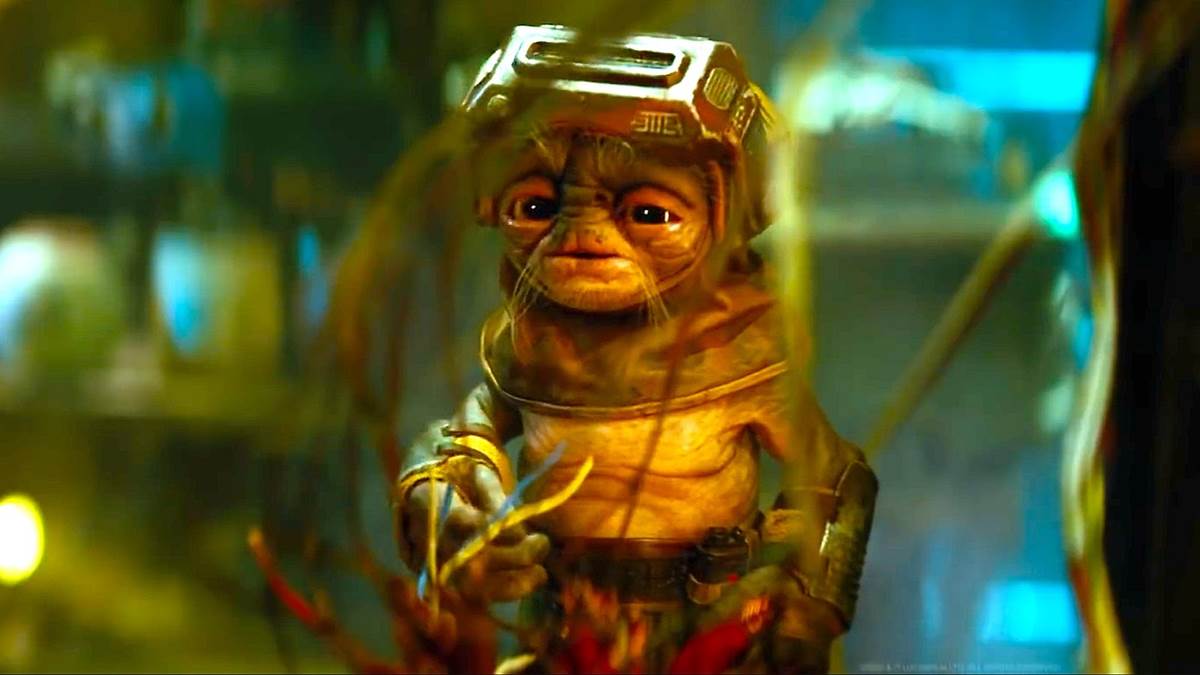 Babu Frik from "Star Wars: The Rise of Skywalker"

Shug Drabor is an Anzellan, the same species as the diminutive (and adorable) droid mechanic character Babu Frik from 2019’s feature film Star Wars: The Rise of Skywalker. In Midnight Horizon, Jedi Padawan Ram Jomaram– a starship tinkerer himself– is thrilled to meet his idol Shug Drabor building another Star Cruiser in the shipyards of Corellia’s Coronet City. At this point in the timeline, the Halcyon has already been constructed and has been put to use towing the Starlight Beacon space station to the planet Eiram to help with a humanitarian crisis.

Though Shug doesn’t speak basic (his Anzellan language naturally sounds an awful lot like the gibberish we hear coming out of Babu Frik in the movie), he and Ram manage to bond over their mutual love of mechanics, and the pint-sized engineer even manages to get in on the action during the Nihil attack during the climax of the novel. Will we get to see more of Shug Drabor in Star Wars storytelling soon? It seems likely, as the comic-book miniseries Halcyon Legacy is set to launch this week. Plus, I wouldn’t be terribly surprised if Shug shows up in some form or another during the Star Wars: Galactic Starcruiser experience itself. 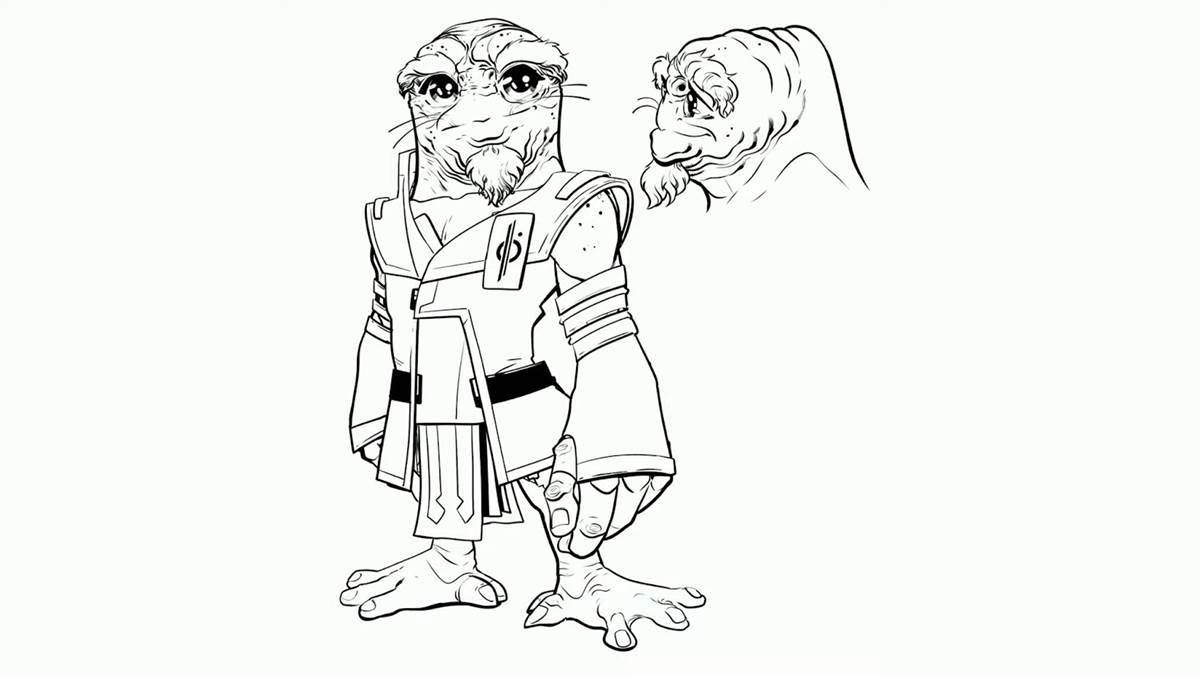