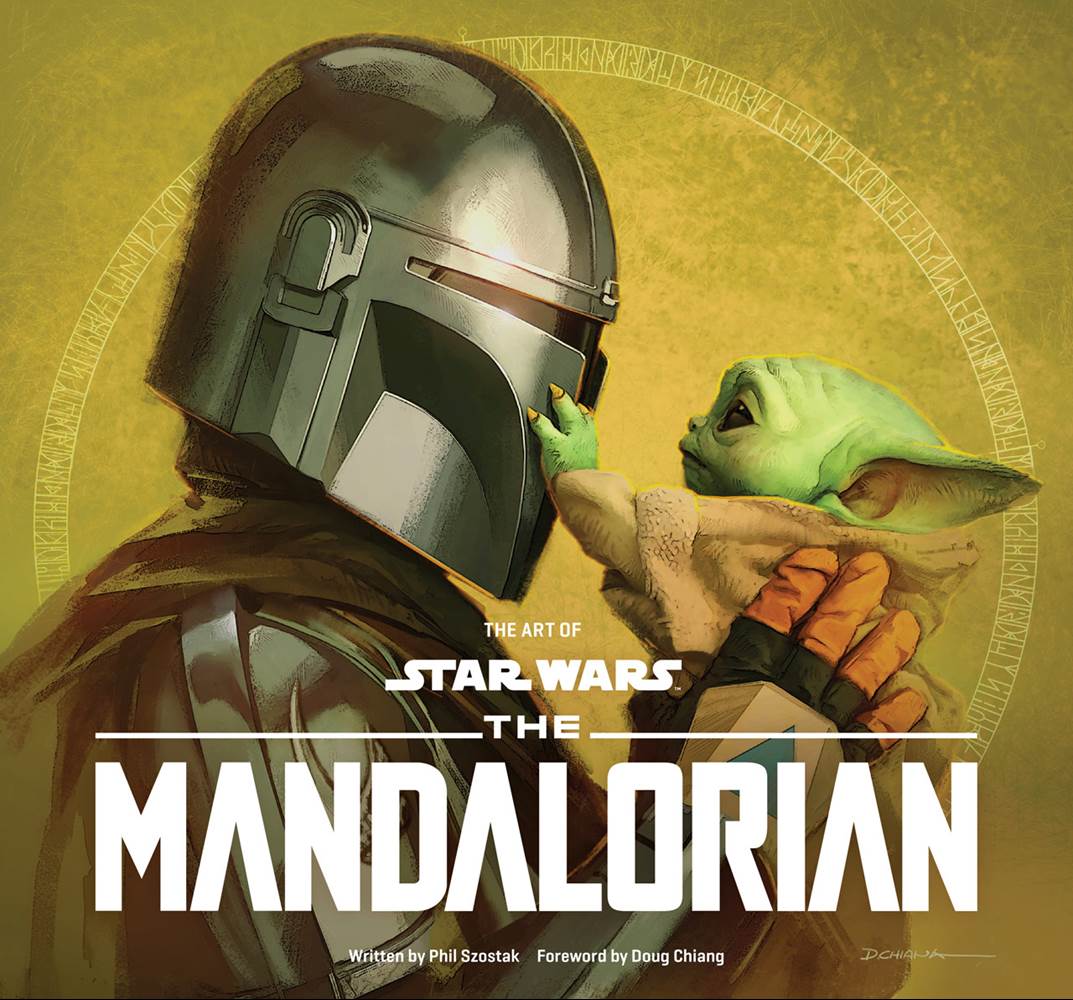 As I said at the beginning of my review for the excellent first volume of Abrams Books’ The Art of Star Wars: The Mandalorian over a year ago, the jaw-dropping concept art created for the live-action Disney+ series has been catching viewers’ eyes since the show premiered back in 2019– thanks to the incredibly clever decision to include the artwork over the end credits for each episode.

Now, Abrams has released The Art of Star Wars: The Mandalorian – Season Two, which continues Lucasfilm’s very welcome tradition of chronicling the behind-the-scenes design approach to A Galaxy Far, Far Away.

Author Phil Szostak (The Art of Star Wars: The Force Awakens and more) also serves as Lucasfilm’s senior content and asset specialist, which gives him a unique insight into how something like The Mandalorian comes together from a design perspective, and from page 1 of The Art of Star Wars: The Mandalorian – Season Two, it’s an absolute pleasure to be treated to another volume’s worth of this gorgeous, revealing work. Longtime Star Wars designer Doug Chiang provides the foreword for the book and a good deal of the commentary throughout, alongside his many talented coworkers in The Mandalorian’s accomplished production design department, plus showrunners Jon Favreau and Dave Filoni themselves. But the real draw here is page after page of stunning, frame-worthy concept art, all of which was drawn, painted, and/or sculpted for the eight memorable episodes in the show’s second season. In fact, the book is organized in narrative order, by episode, staring with “Chapter 9 – The Marshal” and running through “The Passenger,” “The Heiress,” “The Siege,” “The Jedi,” “The Tragedy,” “The Believer,” and “The Rescue” sequentially, though readers will learn through the text what order the episodes were actually shot in.

Of particular interest to The Mandalorian fans and Star Wars devotees in general will likely be peeks into the development of new looks for returning characters, locations, and creatures like Boba Fett, the Krayt Dragon, Ahsoka Tano, and Jabba’s Palace– all of which popped up at various intervals during season two. But don’t expect Luke Skywalker to show up in this volume like he did in the season finale– Favreau and Filoni famously had the team disguise Mark Hamill’s return to Star Wars by using a prequel-era Jedi named Plo Koon in the artwork instead. But I also loved getting to see and read about the process that went into designing new locales and beings such as the Carnita arena where Gamorrean gladiators battled each other in a ring, the ice spiders who almost killed Din Djarin, Grogu, and the Frog Lady on the planet Maldo Kreis, and the samurai film-inspired walled city where Ahsoka hounded Magistrate Morgan Elsbeth for information. As a side note, this book all but confirms that Lucasfilm is no longer using the name “Slave I” when referring to Boba Fett’s starship– a decision that made sense to me when it came to the packaging for children’s toys, but not in a hardcover reference book intended for adult fans of the franchise. Regardless, that’s an extremely minor nitpick about a book that otherwise– like its predecessor– instantly proves itself a must-own for anyone even remotely interested in the countless pieces of amazing art used by The Mandalorian’s creative team to bring Star Wars to life on Disney+.

The Art of Star Wars: The Mandalorian – Season Two is available now wherever books are sold.