What else is in store this year for Rick Riordan and the authors of the Rick Riordan Presents imprint at Disney Books? Lots! From big screen adaptations to bestsellers being declared months before the books are released, fans have a lot to look forward to in 2022.

Roshani Chokshi will unveil the final book in her five-part Pandava saga with Aru Shah and the Nectar of Immortality, which is set for release on April 5. Chokshi was the first author to publish for the RRP imprint in 2018, and now her epic tale of Aru Shah comes to an end. I remember reading the first book in the series and being amazed at what I had been missing. Thankfully, the RRP imprint continues to deliver excellent literature to be consumed by everyone, as well as the target audience of middle grade readers. 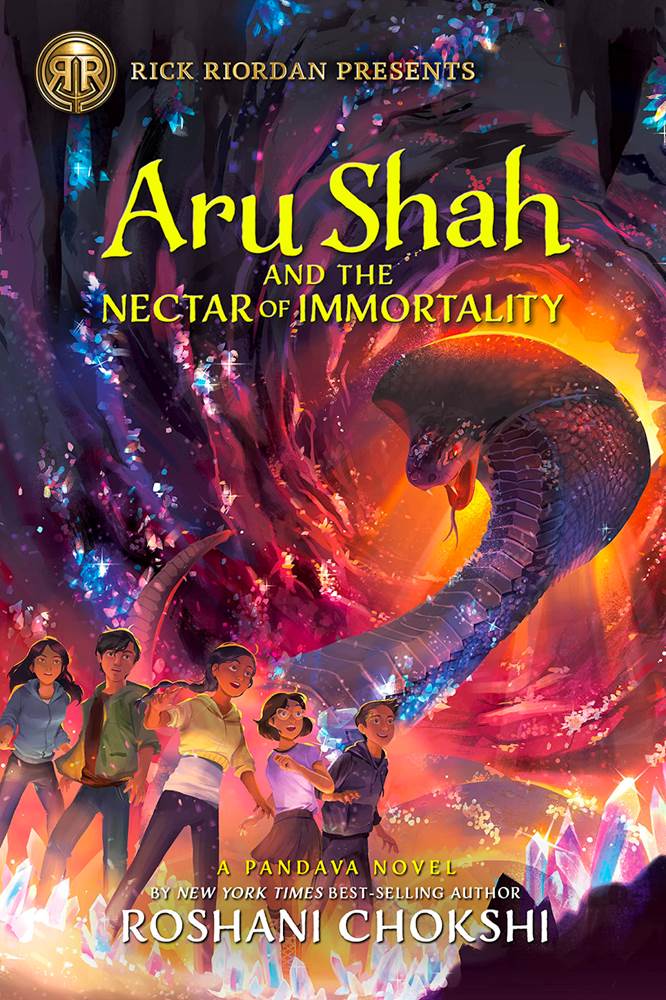 Ballad & Dagger, which is set to be released on May 3 is one of the most intriguing novels to join the imprint. Daniel José Older book is the first YA novel from RRP, and the premise sounds like it’s a page turner. Dealing with Cuban folklore and pirates as well as an epic battle on the streets of New York, count me in. 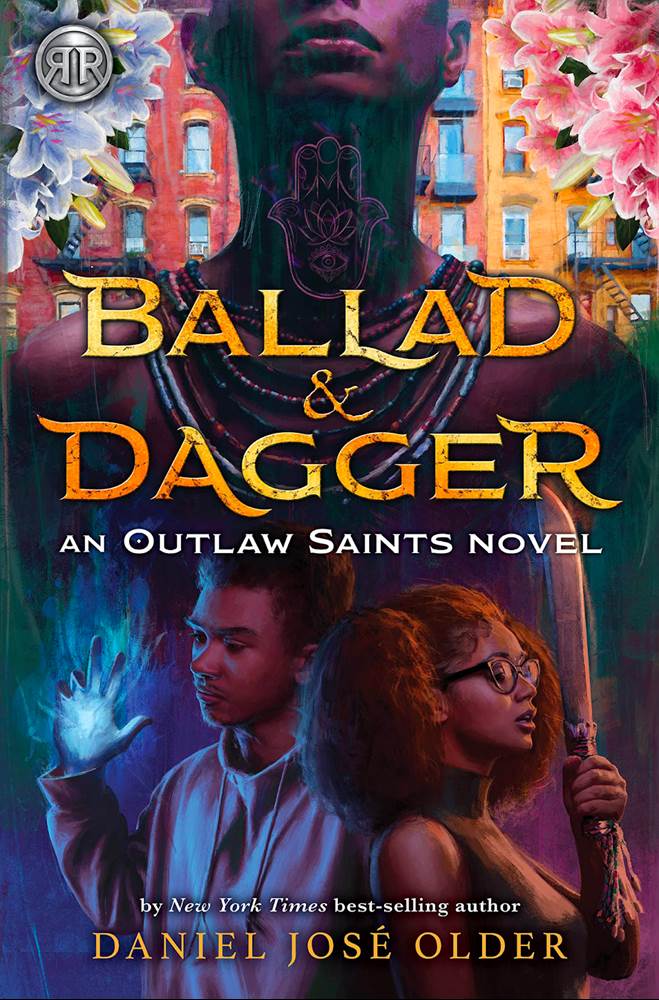 Paola Santiago and the Sanctuary of Shadows by Tehlor Kay Mejia is set for release on August 2. This third book in the series is going to be the perfect mid-summer read. In her latest, Mejia brings readers back to the world of Paola Santiago and join in the adventure as she journeys through a void inhabited by ghosts to save her best friend Dante. 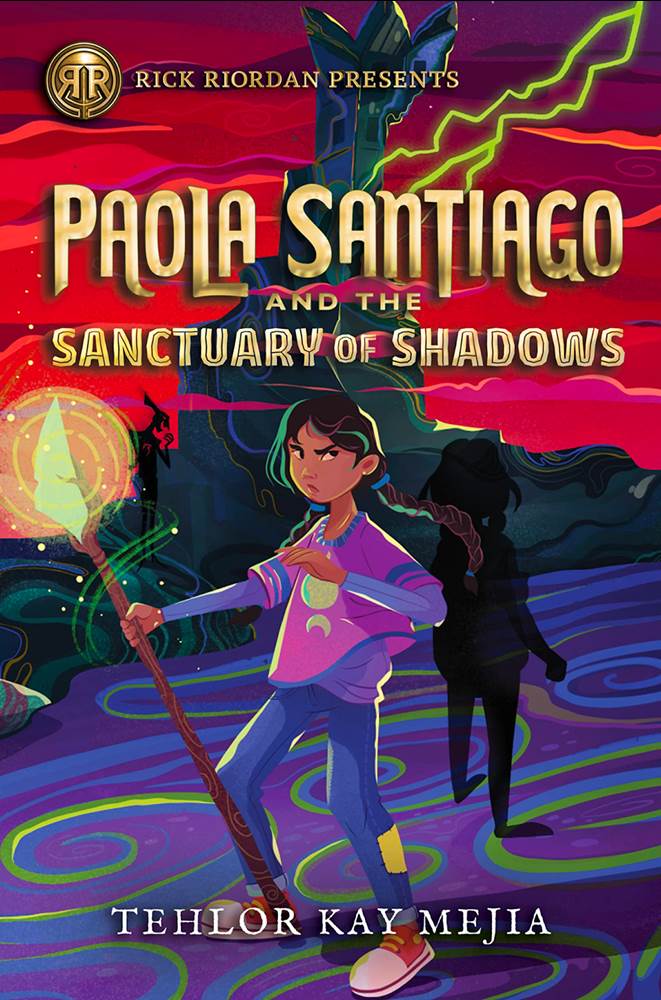 Looking further ahead to the fall, with new books coming from J.C. Cervantes, and a vampire book from Roseanne A. Brown, readers have a bounty of riches coming this year from the authors at Rick Riordan Presents.

Rick Riordan himself is balancing his work on the forthcoming Percy Jackson show with his latest novel that is set in the Percy Jackson universe. Riordan and co writer Mark Oshiro’s collaboration features Nico Di Angelo and Will Solace journey through Tartarus. Fans need to be patient because the book won’t hit stores until the summer of 2023.

While readers are devouring all the RRP books to come, the authors, including Riordan, are seeing their work being adapted for the screen. 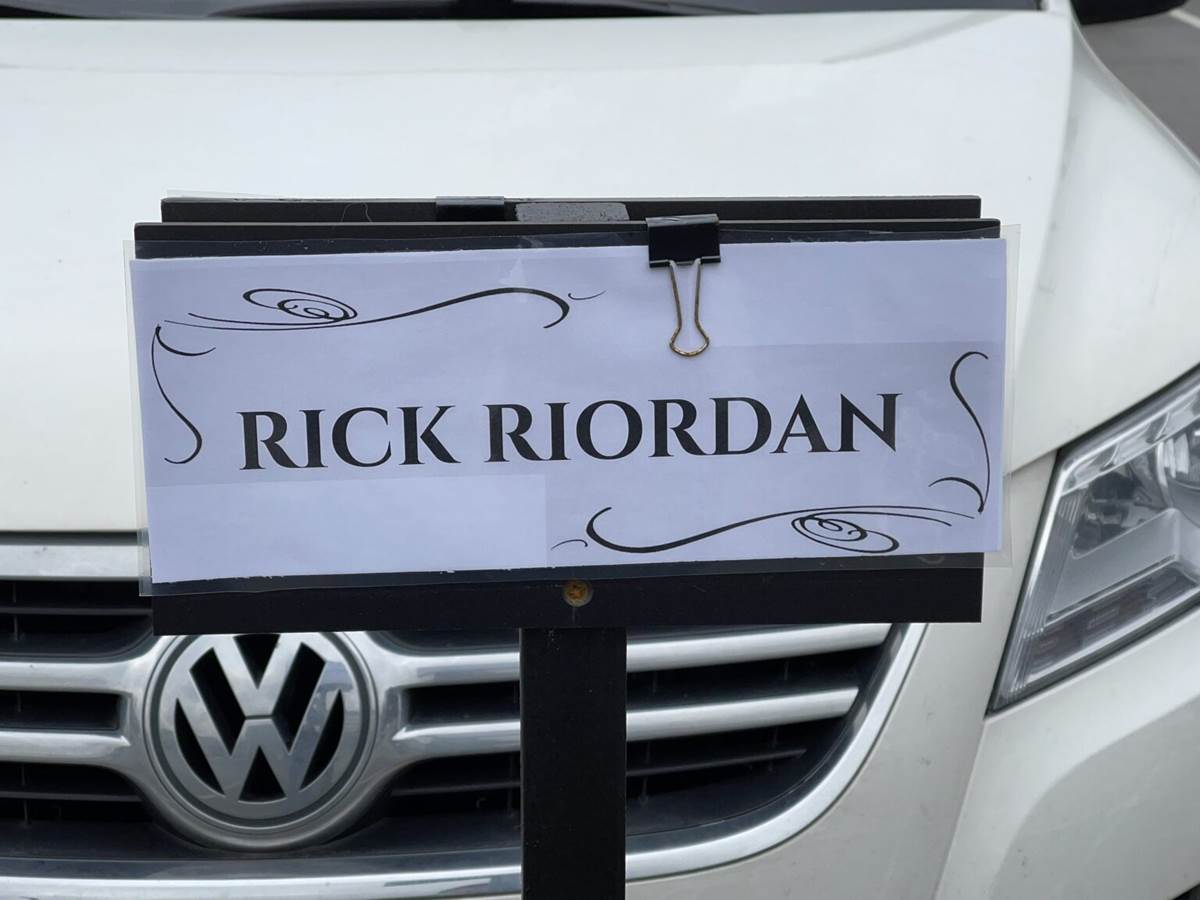 Riordan and his wife Becky recently came back from a trip to Los Angeles and Vancouver overseeing the preproduction of the upcoming Percy Jackson TV show. They were there to participate in a chemistry read between potential actors for the roles of Percy, Annabeth, and Grover. According to Riordan the production team brought together multiple actors for these reads to gauge who would work well together on screen in the three lead roles. While Riordan was filled with praise for Casting Director Denise Chamian and pilot director James Bobin, no decisions have been made about the casting.

The duo’s trip to Vancouver was a means to familiarize themselves with the city and visit Mammoth Studios where the show will be filmed. While Riordan praised the production team getting ready for a summer shoot, he did drop one important piece of information. If all goes according to plan, production should begin on June 1.

Director James Bobin also took to Twitter to share some images from his location scouting for the show. Seen in climbing gear, including crampons, the director has been actively involved in making Percy’s magical story come to life.

There’s more than just Percy Jackson coming to Disney+. Tehlor Kay Mejia’s Paola Santiago and the River of Tears has been optioned for a Disney+ adaptation. Mejia’s first book with the RRP imprint focuses on young Paola Santiago and her battle with the mythical creature of La Llorona. This will make an excellent addition to Disney+ which is being produced by Eva Longoria and her production company.

Great to hear that production continues along on Percy Jackson. I can’t wait for the show. Based on the extensive work that has been put in already, I would imagine this show to be a massive success. Riordan and his wife Becky have been so candid in the production process that fans of the work are gaining an appreciation for the process of adapting a book to the big screen.

Seeing Eva Longoria option Paola Santiago is a brilliant move, and I cannot wait to see this story brought to the screen. Mejia has created a beautifully haunting tale that will delight middle graders and instill just a little bit horror in the narrative. Seeing the RRP authors get their works optioned for television is a brilliant move by Disney that will not only bolster book sales but continue to show diverse stories by diverse authors in multiple media platforms.

One question I have is, when are we going to learn more about the Sal and Gabi adaptation? This was announced many months ago, and we have heard nothing yet. This needs to happen ASAP. Author Carlos Hernandez’s has brought to life a world that I would love to live in, and audiences will eat this show up when it premieres. We need an update. Eva Longoria if you are reading this, please let us know.

The wealth of literature that comes from the RRP imprint cannot be matched.