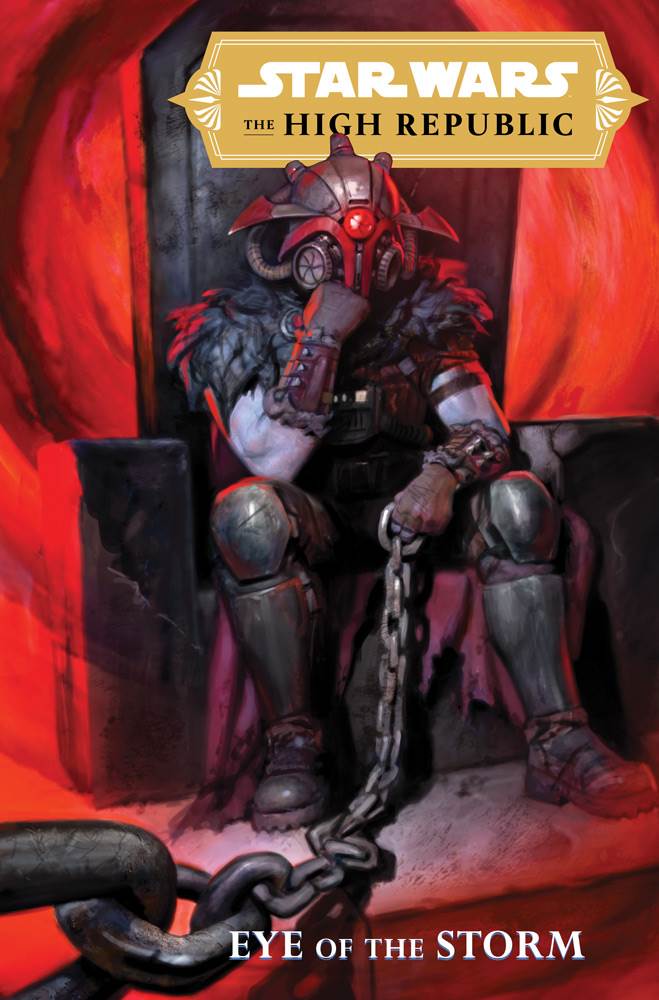 Back in mid-January, writer Charles Soule gave us a peek at the mysterious origins of the ruthless band of marauders known as the Nihil in issue #1 of Marvel’s two-part miniseries Star Wars: The High Republic – Eye of the Storm. And today saw the release of the concluding chapter of this story, which catches up to the “present” of The High Republic by showing readers what Nihil leader Marchion Ro is up to in the wake of his successfully catastrophic destruction of the Republic’s Starlight Beacon space station.

Eye of the Storm #2 opens with a captive Jedi Master of the Parwan species named Obratuk Glii (usually seen in Daniel José Older’s Star Wars: The High Republic Adventures comic from IDW) forced to listen to Ro boast about Starlight’s disastrous fall. Then we cut to Coruscant, where Supreme Chancellor Lina Soh is briefing her advisors on fallout from the Nihil attack. Soh’s councilors are divided on what the appropriate response should be– the Jedi have called all their Masters, Knights, and Padawans home to the main temple until they can figure out the nature of the “Leveler” threat (a nameless creature that has the ability to drain Jedi of their Force powers– not to mention their lives), but the military types want to immediately strike back against the devious, bloodthirsty pirates. But Marchion Ro has yet another trick up his sleeve: a device called the Stormseed that can effectively block travel along chosen hyperspace routes by destroying any ships that dare venture too close to the Nihil’s territory in the Outer Rim. We’re also treated to a flashback concerning Ro’s perilous journey to the Leveler’s naturally well-defended home planet, and we see how the so-called “Eye” is willing to sacrifice life after life of his loyal Nihil followers in order to retrieve more of the deadly creatures. Soule has chosen to break up this story into “scenes,” which each come complete with a name and a brief description… I particularly liked “Scene II: The Hunt – In which the Source of Marchion Ro’s Weapon against the Jedi is Revealed, While its Name and Nature Remain Obscured”– a fairly clever and poetic way to warn readers not to get their hopes up too high about expecting certain reveals. But the biggest appeal of Eye of the Storm is the promise of getting inside Ro’s head. In this issue we learn that his real motivation isn’t power or greed or revenge, but something far simpler– something that reminded me an awful lot of the familiar, everyday bullies and stubborn “don’t tell me what to do” knuckleheads we’ve seen regularly making life difficult for everyone else in recent world events. Basically Marchion Ro believes he is the only person in the galaxy that matters, and that combined with the uniquely effective weapons should (and do) make him a Star Wars villain to be truly feared. Eye of the Storm #2 represents the coda at the end of The High Republic’s first phase though the initiative will return with Phase II– and a big step backward in the timeline– this fall, and if the overall quality remains this high in future output, I can’t wait to get my hands on more. 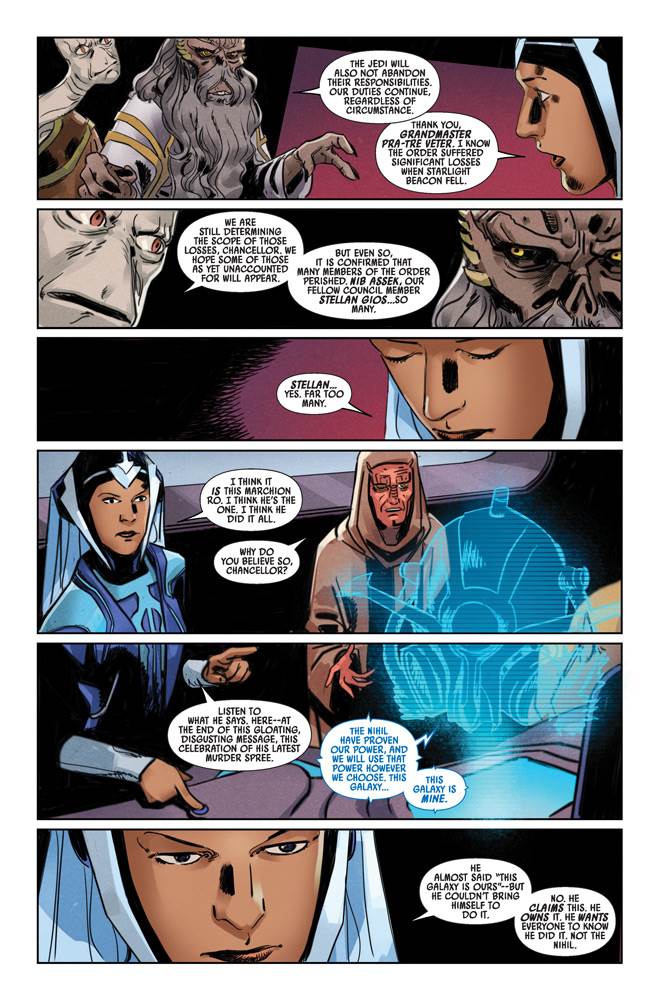 Star Wars: The High Republic – Eye of the Storm #2 is available now wherever comic books are sold.