Comic Review – “Star Wars: The High Republic – Eye of the Storm” #1 Provides an Origin Story for the Nihil When the five “story architects” of Star Wars: The High Republic set out to create this new era set  centuries prior to the events of the Skywalker Saga, my understanding is that they sought to create a faction of villains that set itself apart from the Empire, the First Order, and the Sith. Thus, they came up with the Nihil– a ruthless band of marauders intent on destroying the Jedi Order and the Republic. But how would they keep the Nihil from being just a collection of generic pirates?

Enter Marchion Ro, the enigmatic “Eye of the Nihil” whose past and abilities have been hinted at over the past year of The High Republic’s narrative, but never fully revealed until the new comic-book miniseries Star Wars: The High Republic – Eye of the Storm, the first issue of which was released this week. 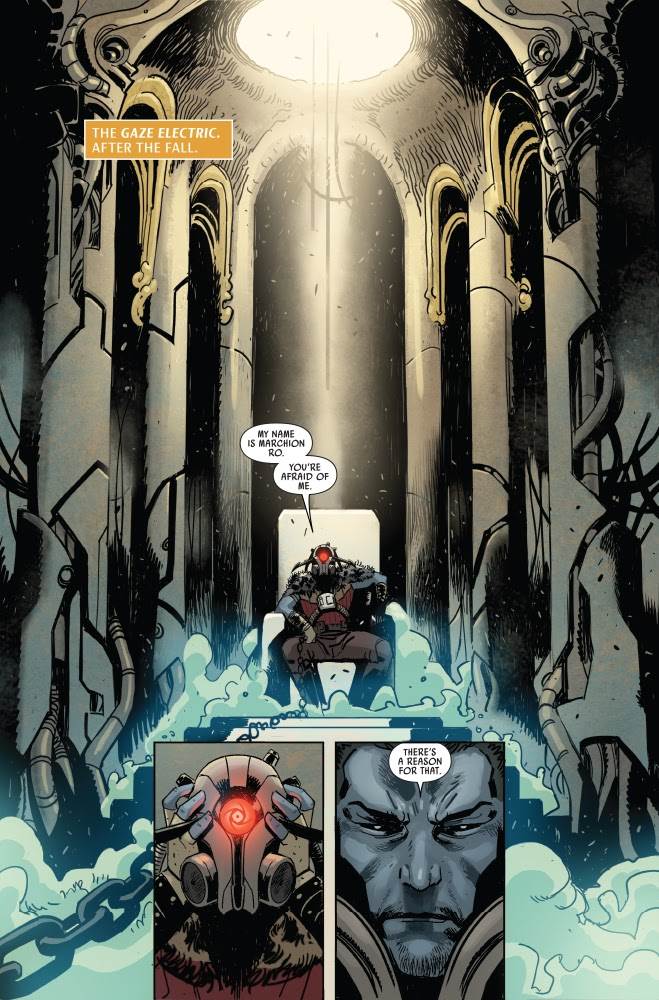 Eye of the Storm #1, written by Charles Soule (Star Wars: The High Republic – Light of the Jedi) and illustrated with moody atmosphere by Guillermo Sanna (Darkhold: Iron Man), opens with Marchion Ro addressing the reader in a way that immediately calls to mind Soule’s other current Marvel Comics miniseries, Star Wars: Crimson Reign. A text box tells us this bookend takes place “After the Fall,” and Marchion Ro introduces the story that brings us back to the origins of the Nihil as a species called the Evereni whose storm-ravaged homeworld eventually inspired the naming for the group’s tiered structure. Desperate for resources, the Evereni fight among themselves for centuries before venturing out into the galaxy and discovering there are other worlds and species to poach from. Thus the Nihil are born, and many years later we are introduced to Marchion’s father Asgar Ro and grandmother Shalla– who I’m now guessing will likely be the Jedi Order’s chief antagonist when The High Republic rewinds time 150 years for its upcoming second phase beginning this fall. 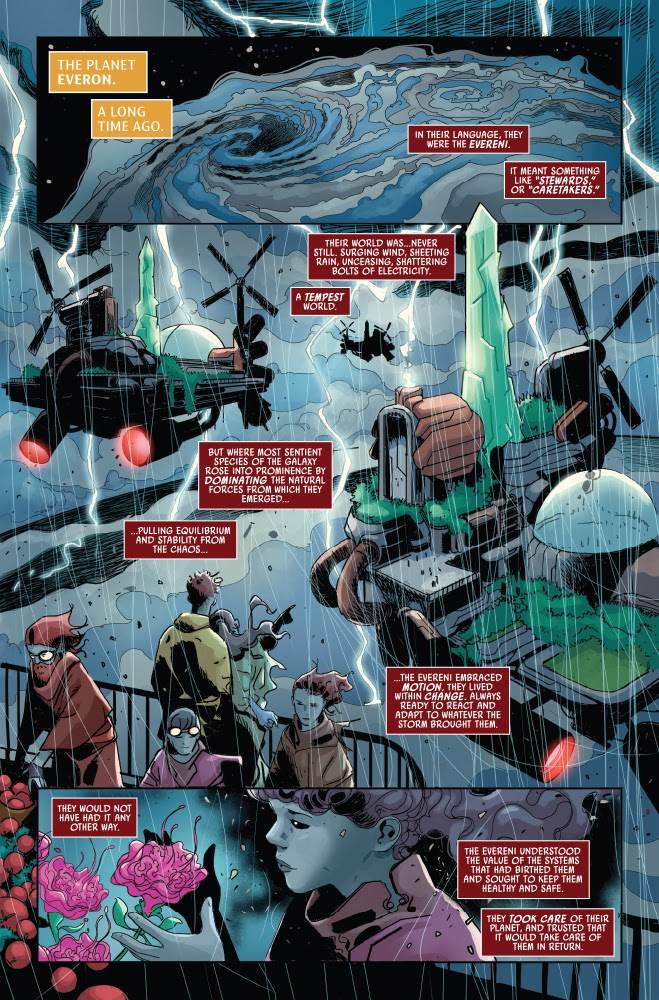 We also get to spend a little more time with Mari San Tekka, the woman whose Force-powered navigation abilities Asgar uses to create the Nihil’s Path engines (one of the main advantages that set their gang apart from the average raiders). Her relationship with Marchion is an interesting one that follows through to last year’s already-released The High Republic novels, but the focus here is on how the younger Ro eventually usurps his father to become the Eye himself. At this point I’m willing to call Soule a master of Star Wars storytelling, and that has naturally carried over to this miniseries, which also reminds me a bit of his The Rise of Kylo Ren, released via Marvel in conjunction with The Rise of Skywalker two years ago. What better way to make an enemy more interesting than to give him a fleshed-out backstory? I wouldn’t say I identify with Marchion Ro just yet, nor do I necessarily think I ever will, but I do appreciate the opportunity to learn more about how he came to be and what exactly makes him tick. With only one issue left to go in The Eye of the Storm, I’m looking forward to seeing how Soule further fills in the gaps between Marchion picking up Asgar’s mask and the devastation he’s more recently wreaked upon the Republic. Star Wars: The High Republic – Eye of the Storm #1 is available now wherever comic books are sold.