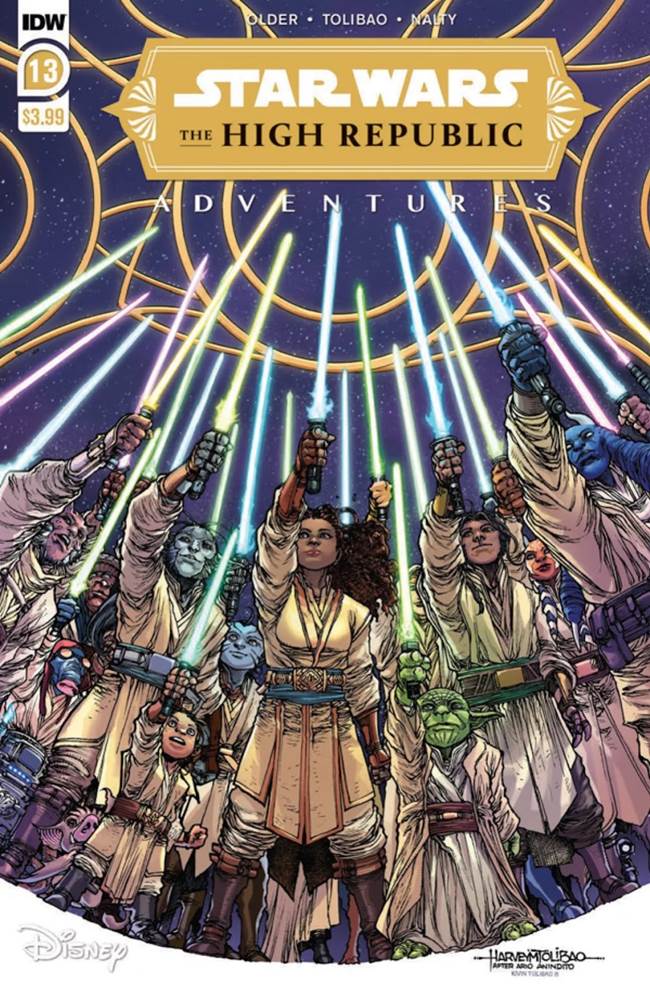 I feel like I’ve been tough on the tone of Daniel José Older’s writing occasionally over the past couple years, but one thing he is undeniably excellent at is gradually making his readers care about and become invested in the characters in his stories. That’s become very true of Jedi Padawan Lula Talisola and her Force-sensitive (but non-Jedi) friend / eventual love interest Zeen Mrala, who are the two leads of this comic. 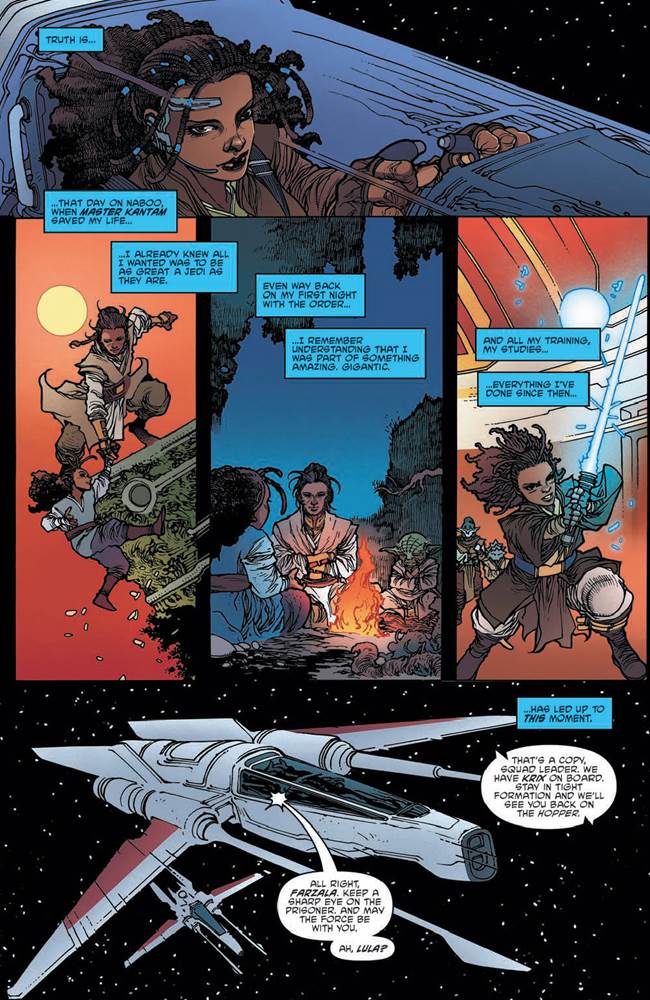 The High Republic Adventures #13 opens with Zeen and Lula having worked together with some other Jedi companions to capture Zeen’s childhood best friend Krix Kamerat, who was captured and recruited by the ruthless band of marauders known at the Nihil at the same point that Zeen fell in with the Jedi Order– around the time of the Great Disaster which launched The High Republic’s overarching narrative. On their way back to the Jedi cruiser the Star Hopper, Lula is pulled aside by Master Torban “Buckets of Blood” Buck and asked if she feels she’s ready to become a full-fledged Jedi Knight. Knowing that her feelings for Zeen conflict with the Jedi rule of non-attachment, Lula hesitantly responds that she’s genuinely not sure, and then on the Star Hopper we get more of the tense interrogation scene between Zeen and Krix that we saw parts of in Older’s recent young-adult novel Star Wars: The High Republic – Midnight Horizon. Meanwhile, a new class of younglings is introduced into the group, and Qort becomes an immediate mentor to another member of his Aloxian species. I loved seeing Lula wrestling with her feelings for Zeen and weighing the possibilities that lay ahead for her in the future, as Older deals with the intricacies and implications inherent in the Jedi code. This is something that I had really hoped the author would deal with once the shared emotions between the two characters started being implied, and that arc definitely pays off here as this chapter of The High Republic comes to an end. It’s funny that both The Mandalorian-verse on Disney+ and this publishing initiative set a couple hundred years earlier in the timeline are both exploring what it means to be “detached” and why the concepts of love, intimate bonds, and even platonic affection are at odds with the Jedi way of life. By the end of this story I found myself sincerely curious about what choices Lula will make as she continues down her path, and how the question of her relationship with Zeen will be resolved. To me that’s a mark of a well-written story, but as with any successfully executed tease, we’re going to have to wait a bit to see it continue. As you may know the next step for The High Republic will be one an additional 150 years into the past, before many of these characters were even born. I’m sure we’ll get more of Lula Talisola, Zeen Mrala, and their Jedi friends once Phase III comes around, but until then we’ll simply have to wonder where their particular fates will lie. 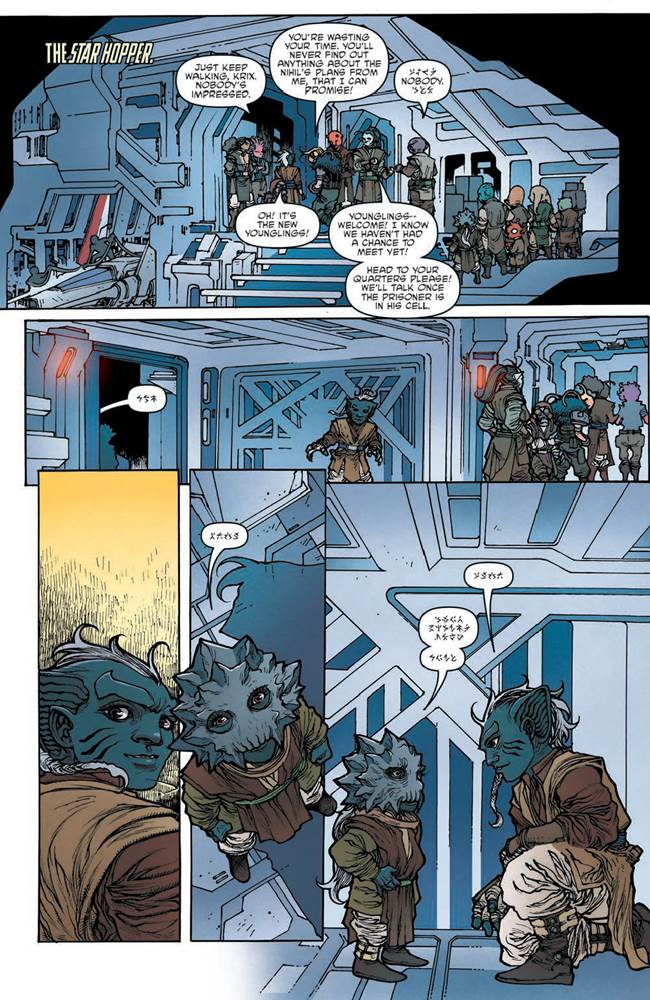