Over the past 15 months, we’ve come to know Jedi Knight Keeve Trennis, her Trandoshan Master Sskeer, and Starlight Beacon’s Marshal Avar Kriss via Cavan Scott’s excellent writing and Ario Anindito’s pitch-perfect illustrations on this title, and with today’s issue it all came crashing to an end– though as the final page promises, it’s really “Never the end. Only a beginning…” 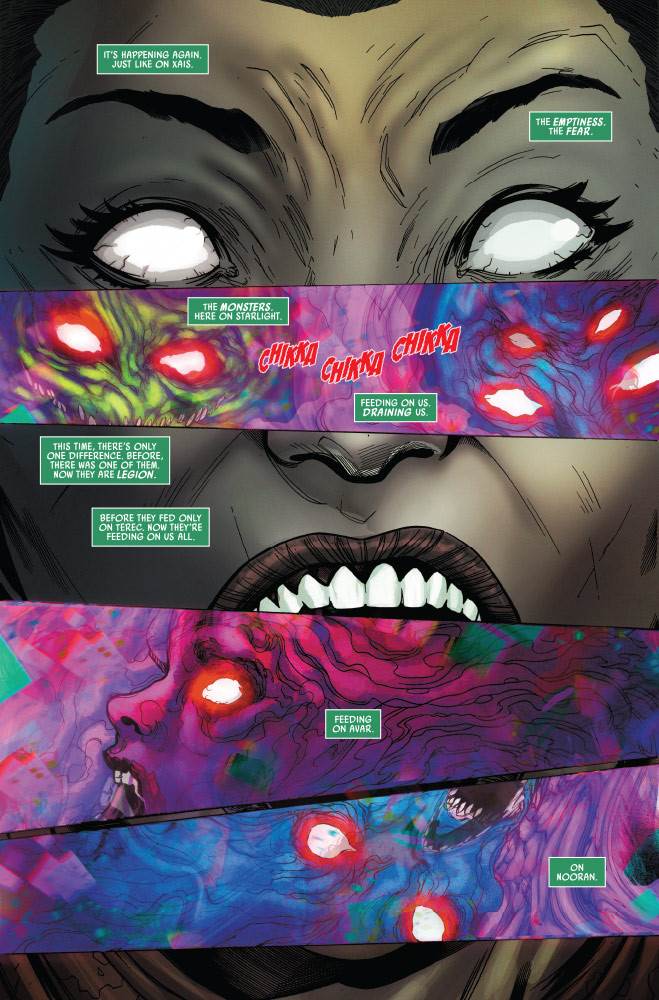 The High Republic #15 opens where the previous issue left off– with Keeve, Sskeer, and Avar helping survivors evacuate Starlight Beacon, which is swiftly drifting toward its gravity-induced doom above the planet Eiram. But the Jedi have once again come into contact with the mysterious Force-draining creatures who freeze them in their tracks via sheer terror and threaten to end their lives entirely, turning them into husks of dust– now set loose on the space station by the ruthless band of marauders known as the Nihil. Thankfully, Sskeer’s recent detachment from the Force (brought on by a disease unique to the lizard-like Trandoshan species) prevents him from being affected by the creatures’ powers, so he is able to temporarily fight them off as Keeve and Avar continue on their rescue mission. Meanwhile aboard the starcruiser Ataraxia, docked with Starlight, the Nihil prisoners are set free and Tempest Runner Lourna Dee begins to exact her revenge on her Jedi captors. 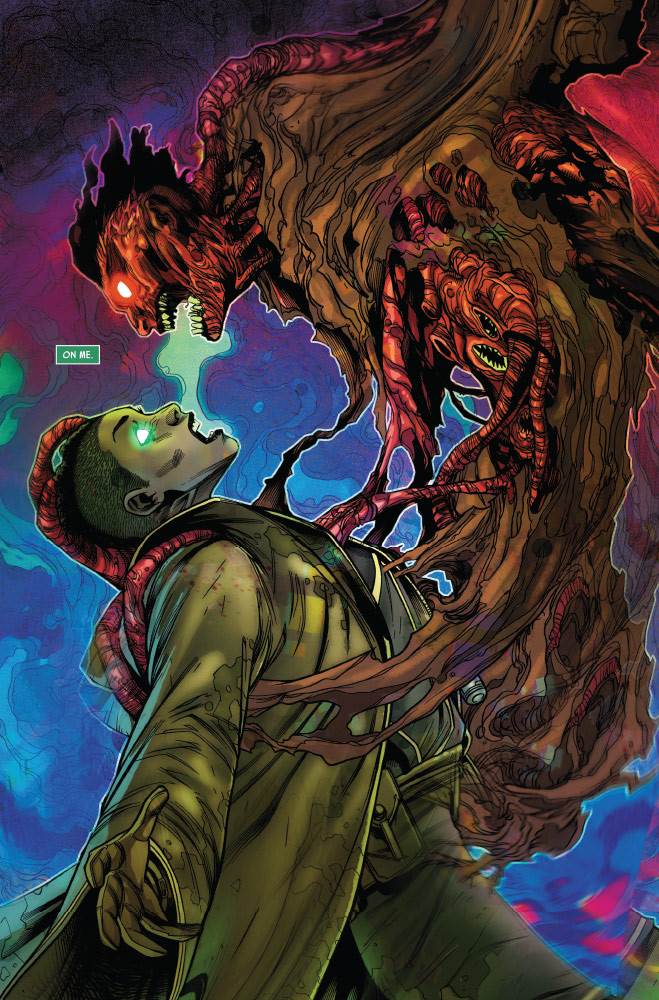 I don’t want to come anywhere near spoiling the back half of this issue, because it’s chock full of gasp-worthy moments, glorious splash-page artwork, and emotional farewells that reverberate even more now that we can see the characters involved and their visceral reactions in a more visual medium. In fact, I don’t really know what else to say here except that if you’ve found yourself with any interest in The High Republic whatsoever, Marvel’s flagship comic book for Lucasfilm’s ambitious publishing initiative is my unqualified choice for the ideal place to start in order to get an idea for what it’s all about. The ending here matches up with what we read at the conclusion of The Fallen Star, but it was genuinely thrilling to get to see what happened on Starlight’s other half during the catastrophic disaster. And like I’ve made note of elsewhere, this is likely the last time we’ll see some of these characters for a while, as The High Republic is set to rewind time another 150 years for its second phase this fall. So until Phase III rolls around sometime in the future, we’ll be left wondering what the fallout we’ll be from the destruction of the Republic’s headquarters in the Outer Rim. But at least we had this instantly memorable, white-knuckle, occasionally terrifying (see the above image for reference) adventure to tide us over in the meantime. 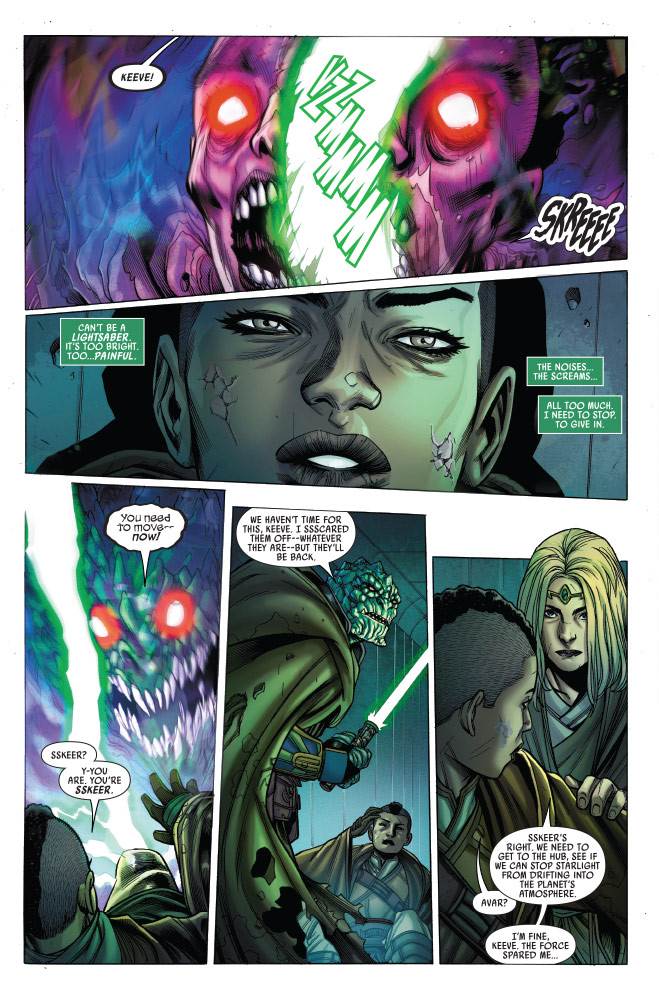 Star Wars: The High Republic #15 is available now wherever comic books are sold.