Last August, I listened to– and gave a positive review here on LaughingPlace.com to– the audio drama original Star Wars: The High Republic – Tempest Runner from Random House Audio. And now that audio drama by author Cavan Scott (Star Wars: The High Republic – The Rising Storm) is becoming available in hardcover printed form thanks to Del Rey’s new book of the same title.

I was thrilled to receive a review copy of this book from Lucasfilm Publishing, because I had been meaning to revisit Tempest Runner in the wake of the conclusion of The High Republic’s exciting first phase. And sitting down to read through the story again (with the full-cast audio version playing along in the background, of course) gave me a new appreciation for this installment in the company’s ambitious multi-platform initiative. I said in my previous review that Star Wars: The High Republic – Tempest Runner helped me gain a better understanding of the Nihil as villains and come to comprehend how someone’s life in A Galaxy Far, Far Away could be forced along a treacherous path that would lead them to join the ruthless band of marauders– not to mention become one of its bloodthirsty leaders. But having the printed copy of Cavan Scott’s script to read along with as I listened to the audio this time around went a long way in furthering my enjoyment of this particular story, guiding me through the many flashbacks interspersed with Tempest Runner’s main character Lourna Dee’s “present-day” narrative. And beyond the obvious advantage of having the script in-hand for those who may be deaf or hard of hearing, I also found myself fascinated by getting something of a tantalizing peek behind the scenes at how The High Republic is being written and structured– in this specific format, anyway. I had previously read and reviewed the script for Scott’s excellent Star Wars: Dooku – Jedi Lost audio drama, and found myself equally as captivated here… not only by his dialogue, but additionally by the stage direction and other descriptions we don’t get to hear in the recording. Plus, going back and rediscovering Lourna Dee’s past puts more recent events in The High Republic’s overarching story in a new light, especially considering how often the villain tends to slip through the fingers of both the Jedi Order and the Republic. Any antagonist given this amount of depth is bound to become an interesting one over time, and I’m looking forward to seeing what Scott and the other authors involved do with the character in the future. As a side note, another unexpected benefit of having a printed version of Tempest Runner’s script is that I, as a reader, can compare and contrast what I believe to be the writer’s intentions, versus the recorded interpretations of the audio drama’s talented voice-actor performers. Reading along, I occasionally found myself disagreeing with a line reading choice or thinking that I would have gone with a different voice for a certain character, but for the most part I think Scott should– and likely was– extremely pleased with how the final version of the drama came out. I did make note of one unfortunate plot-twist that got spoiled thanks to a character’s name showing up in the script earlier than it probably should have (I believe the “HULKING FIGURE’s” identity was revealed before it should have been) but that minor nitpick doesn’t ruin the impact of the overall narrative. By and large, Tempest Runner remains one of the crown jewels in The High Republic’s superlative first phase, and I hope the release of this book leads more people to experience this story. 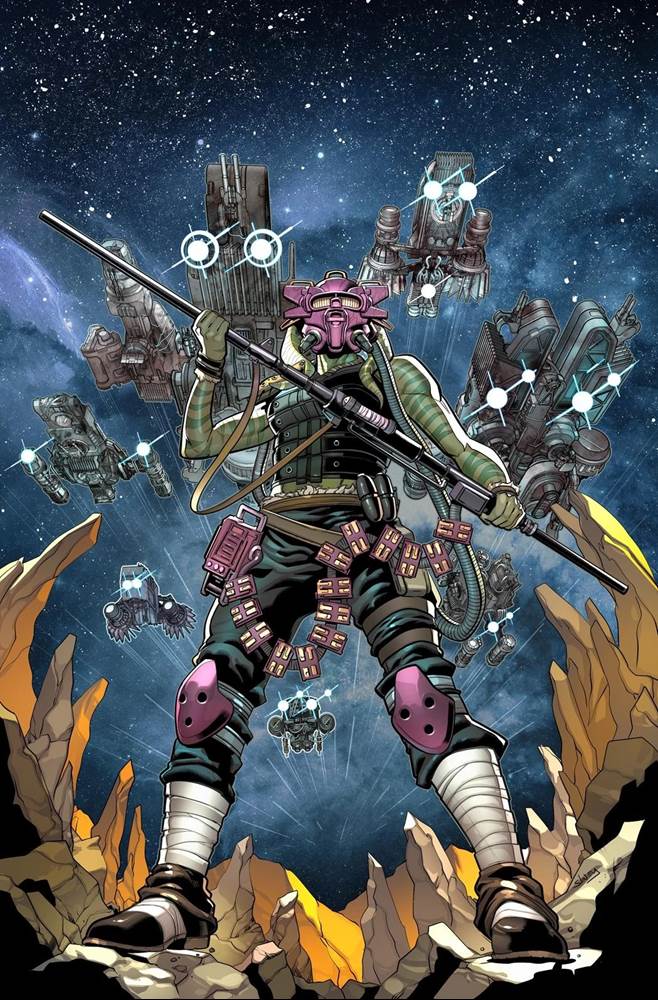 The Star Wars: The High Republic – Tempest Runner script will become available this coming Tuesday, March 15, wherever books are sold, but is available for pre-order right now.