A couple years ago, author Cavan Scott was instrumental in launching the current trend of audio dramas set in A Galaxy Far, Far Away via the excellent Star Wars: Dooku – Jedi Lost, which was followed up in a similar format last year by the comic-book adaptation Star Wars: Doctor Aphra by Sarah Kuhn. Now Scott has returned to the medium he loves so much with the new audiobook original Star Wars: The High Republic – Tempest Runner, which picks up the interwoven story of The High Republic set two hundred years prior to the events of the Skywalker Saga from a number of previously released books and comics.

Tempest Runner focuses in on the character of Lourna Dee, one of the leaders of the villainous band of ruthless marauders known as the Nihil, who serve as the chief antagonists of Lucasfilm’s hit Star Wars: The High Republic publishing initiative. I want to say right off the bat how impressive it is that Cavan Scott and his fellow High Republic authors have generated the monumental amount of interest I’ve seen around the Star Wars fan community for a project that is largely populated by newly introduced characters. It’s no easy task to get people to care about dramatis personae in an existing franchise that weren’t already a major part of the story. But while it’s probably a bit easier to buy into the Jedi Order as heroes (even if we were only familiar with Master Yoda and a couple of others going in), I’ve had some trouble investing in the Nihil as bad guys. Over seven months into the series, I still found myself trying to get a handle on what makes these particular villains unique or interesting beyond the Path engine hyperdrive technology that gave them an advantage over their powerful, Force-using foes.

Fortunately, I’m pleased to report that Star Wars: The High Republic – Tempest Runner puts a lot of effort into answering that question. The story begins with a Jedi assault on Lourna Dee’s eponymous starcruiser, which results in the Twi’lek malefactor faking her own death and being taken prisoner by the Republic under an assumed name. Incarcerated on a prison ship called the Restitution, Lourna fosters a variety of relationships with its guards and other inmates, and listeners get a series of flashbacks detailing Dee’s life both prior to and during her time as a servant of the Nihil. We follow her from her aristocratic upbringing on the planet Aaloth to her enslavement under Zygerrians to her enlistment in a military academy. But what ultimately pleased me the most about Tempest Runner is that it addressed the burning question of “What misfortunes would have to take place in someone’s life to drive them down this course of evil?”

There’s a lot of new information here about the Nihil’s history before the start of the first High Republic novel Light of the Jedi, including what exactly befell the group’s former “Eye” Asgar Ro, paving the way for his son Marchion to rise to power in his absence. It’s wonderful that Scott (working in tandem with the other writers) has taken the time to flesh out the backstory of these characters and make us feel like we’re actually getting to know them beyond the surface level of simply wanting to eliminate the Jedi and wreak havoc across the galaxy. It also really helps that this audio drama is brought to life by a cast of extremely talented voice actors– with significant credit going to Jessica Almasy doing the bulk of the heavy lifting as Lourna Dee herself– and it’s admittedly just kind of neat to hear certain Jedi from the novels and comics (like Avar Kriss and my personal favorite, Sskeer) embodied like this for the first time off the printed page. Plus, the team at Penguin Random House Audio has pulled out all the stops once again in terms of this release’s production value, utilizing a wide array of appropriate sound effects and music from Lucasfilm’s exhaustive Star Wars library. The result is a compelling and often action-packed deep dive into the personal experiences of one of The High Republic’s most enigmatic and intriguing baddies. 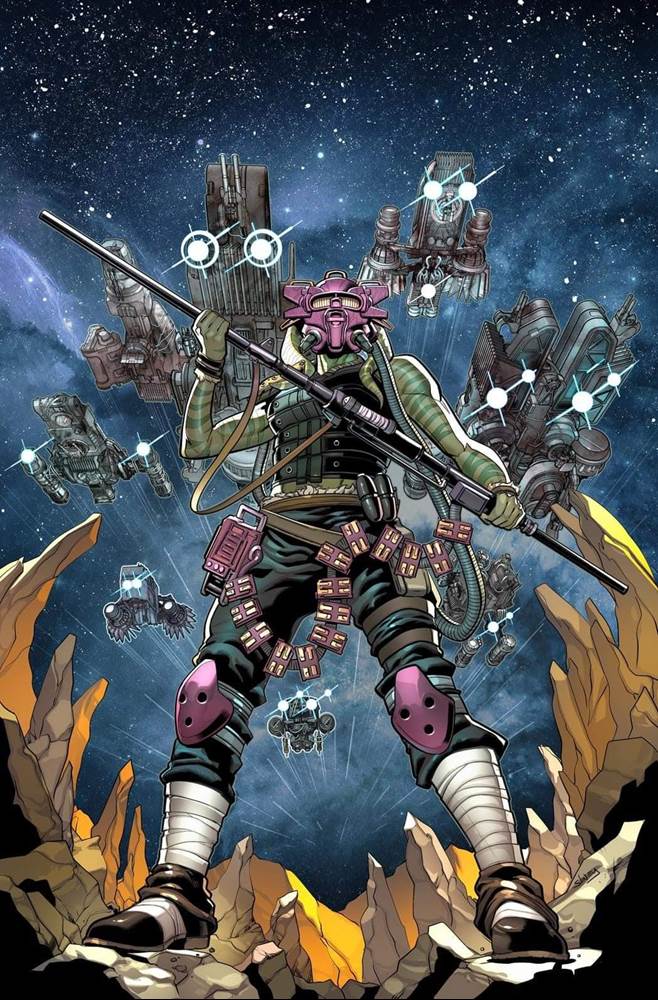 Star Wars: The High Republic – Tempest Runner will be released tomorrow, Tuesday August 31, but is available for pre-order right now wherever audiobooks are sold.