The Mighty Festival has returned to Raglan Road Irish Pub and Restaurant at Disney Springs and guests can celebrate St. Patrick’s Day with live music and entertainment and a delicious menu of festive food and beverage. We were invited out to check out what the festival has to offer today. 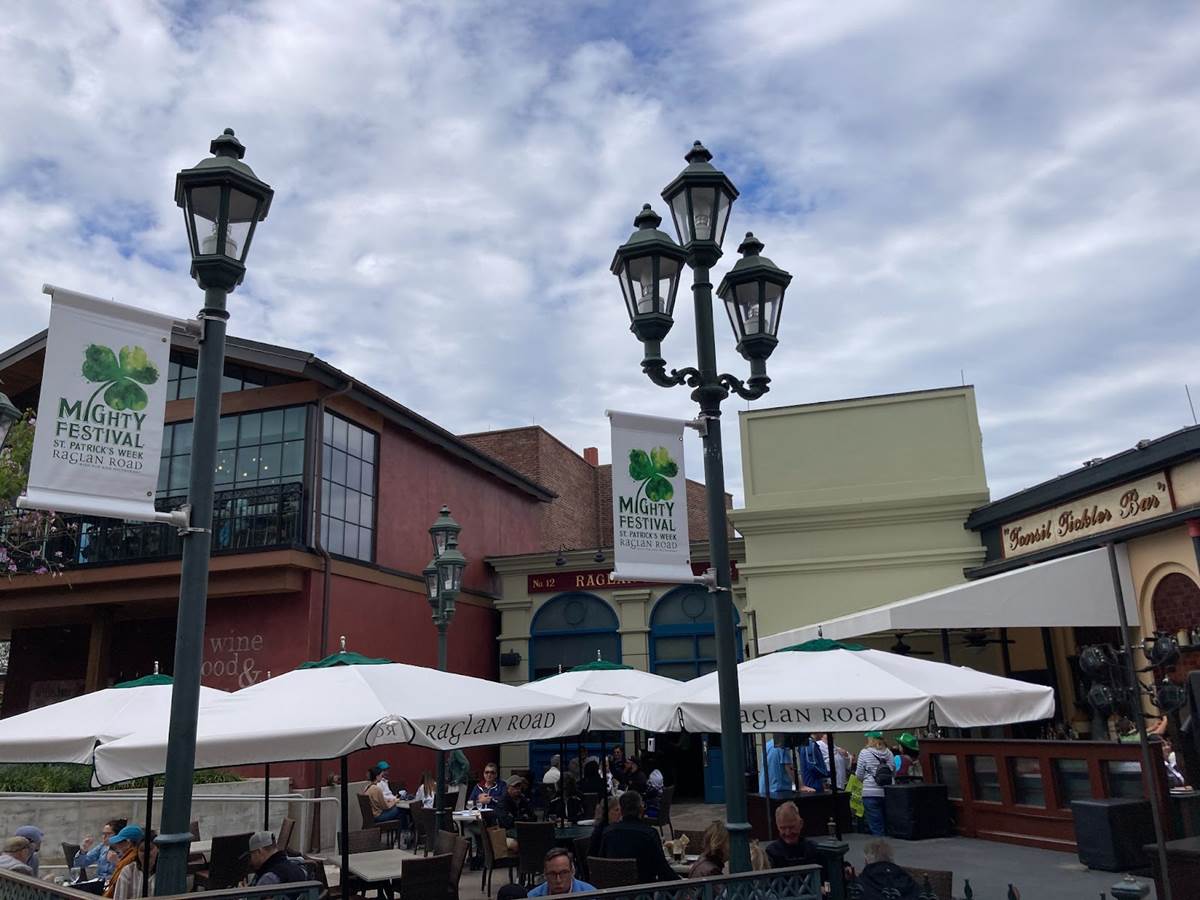 There are two featured drinks during this year’s Mighty Festival. The first is the Paddy’s Mighty, consisting of Dingle Gin, muddled cucumber, basil simple, lemon juice and egg white. It’s a very refreshing drink that anyone who enjoys the taste of cucumber is certainly going to want to try. 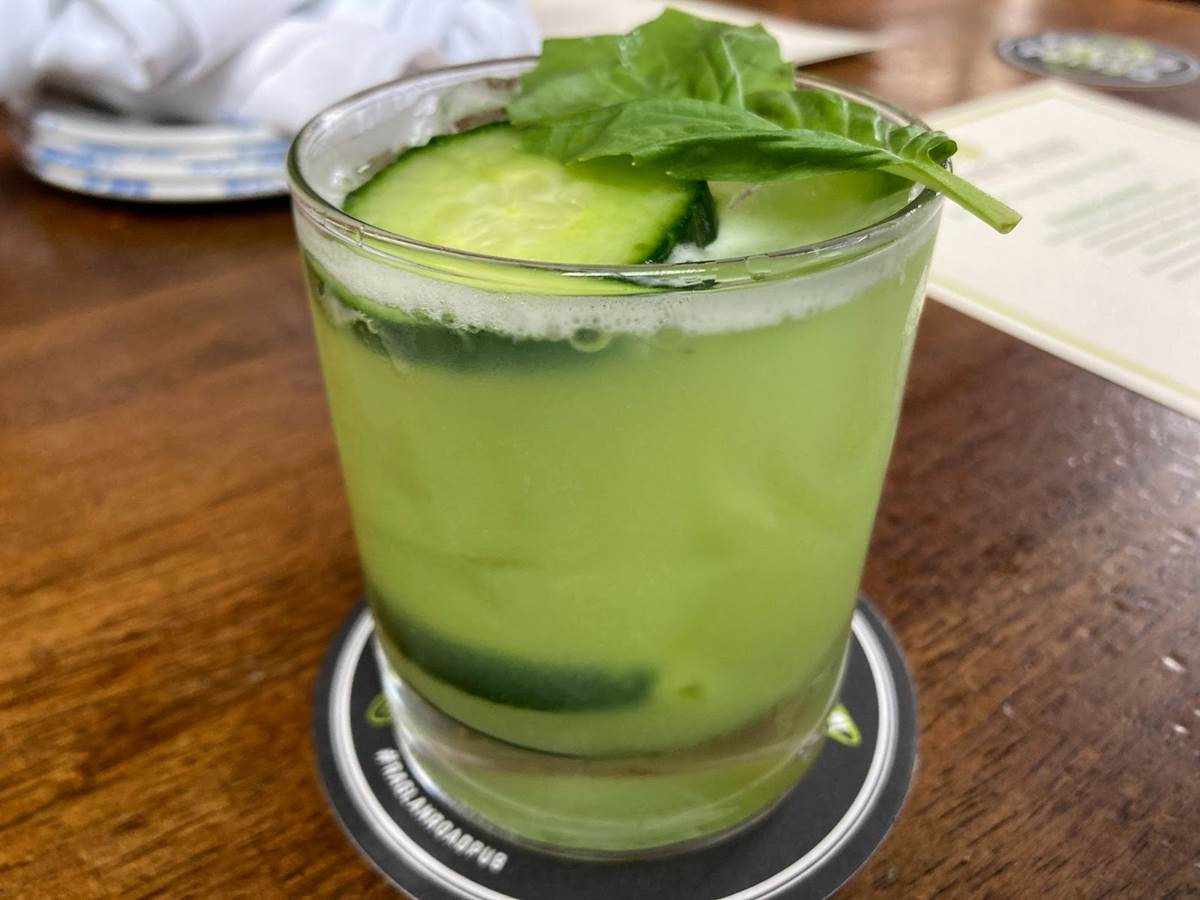 The second drink is the So Berry Les, an exclusive strawberry and lime seltzer from Crooked Can Brewing that is available on draught. There is actually a story behind this new drink and it’s a tribute to Raglan Road co-owner John Cooke’s father, Les. In 1977, he earned the Guinness World Record for the most money spent on strawberries, an amount that today would equate to about $95 per strawberry. The publicity from this purchase led to a lot of attention for his restaurant.

As a tribute to that story, Crooked Can created this strawberry and lime hard seltzer, which actually drinks a lot more like a cider. It’s a perfect balance of sweet and sour and very easy to drink. 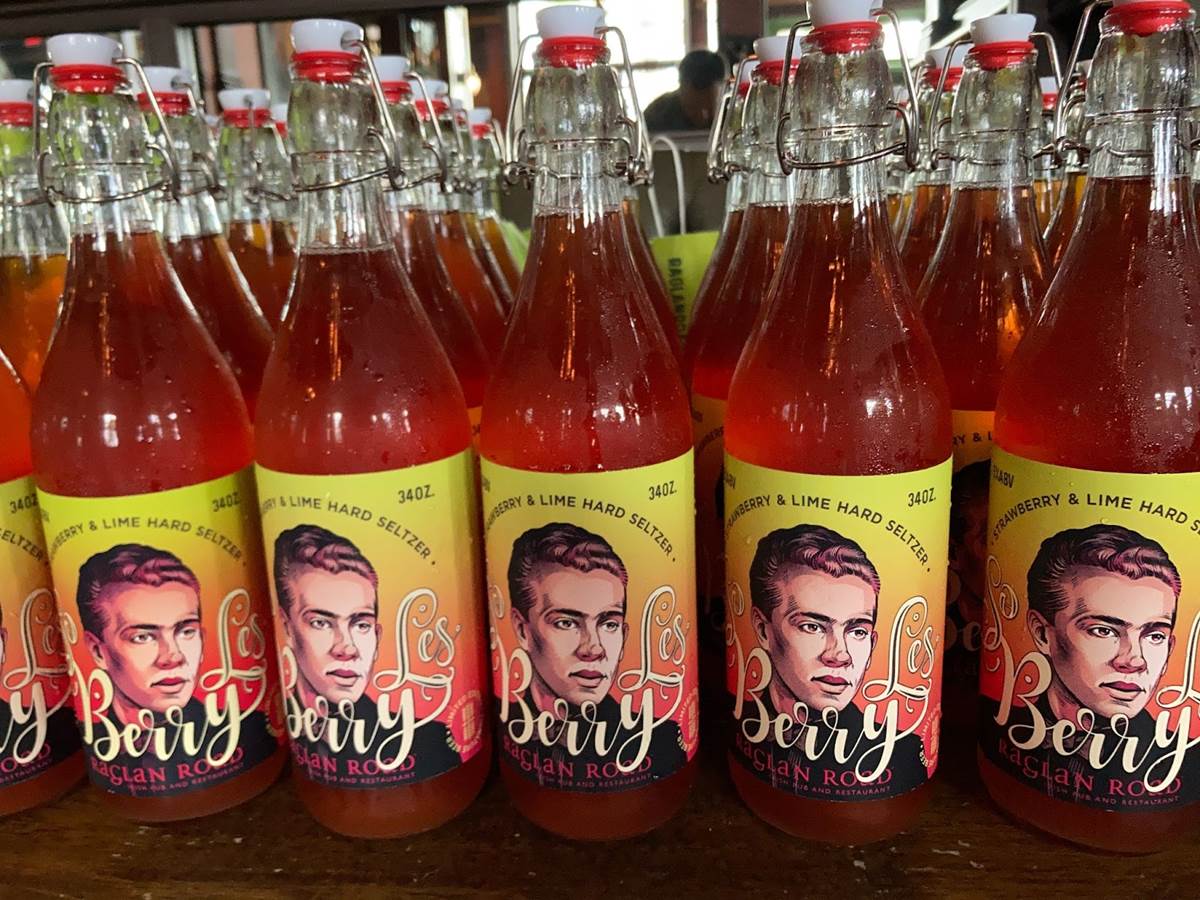 There is also an impressive entertainment lineup in place for this Mighty Festival. In addition to the Raglan Road Irish Dancers, several musical artists will perform over the next few days leading up to St. Patrick’s Day. We even got a brief performance from JigJam, an award winning quintet from the heart of the midlands in Ireland. And of course, the biggest reason you’re going to want to stop by Raglan Road, is the food. We got to try out a couple of items that will soon be added to the menu. The first was the Smoked Pulled Brisket, which came with a caramelized onion puree and charred sweetcorn salsa and served on Irish buttermilk and dubliner cheddar cheese bread. The second was the Salmon Who Salsas, which consists of roasted atlantic salmon filet on boxty potato and celery puree with a smoked salmon, apple, grape, caper and almond salsa. Both of these dishes were delicious and I can’t wait to get back and eat that brisket again. 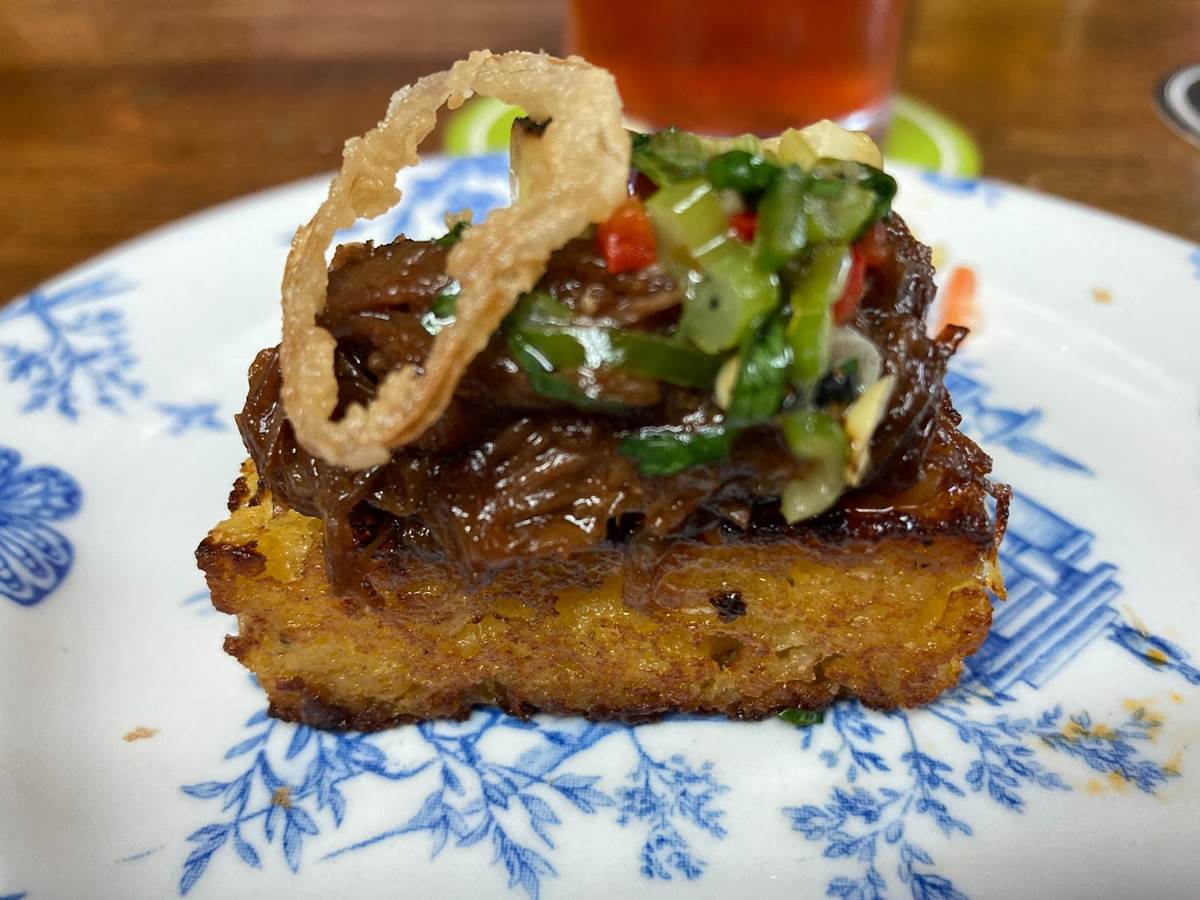 A recent addition to the menu, the Now You’re Talkin’ Chicken Sandwich was an absolute hit. Consisting of fried buttermilk chicken breast, hot sauce, scallions, shredded pickle slaw, truffle aioli and grated parmesan. In the last couple of years, much has been made about who has the best chicken sandwich. We can stop the search, because this is it. And finally, a less recent addition to the menu is the This Shepherd Went Vegan, a vegan take on a classic Shepherd’s Pie. Featuring carrots, wild mushrooms, green onion, peas and rutabaga and topped with olive oil mashed potato with a burnt onion gravy, this dish just feels like homemade meal. 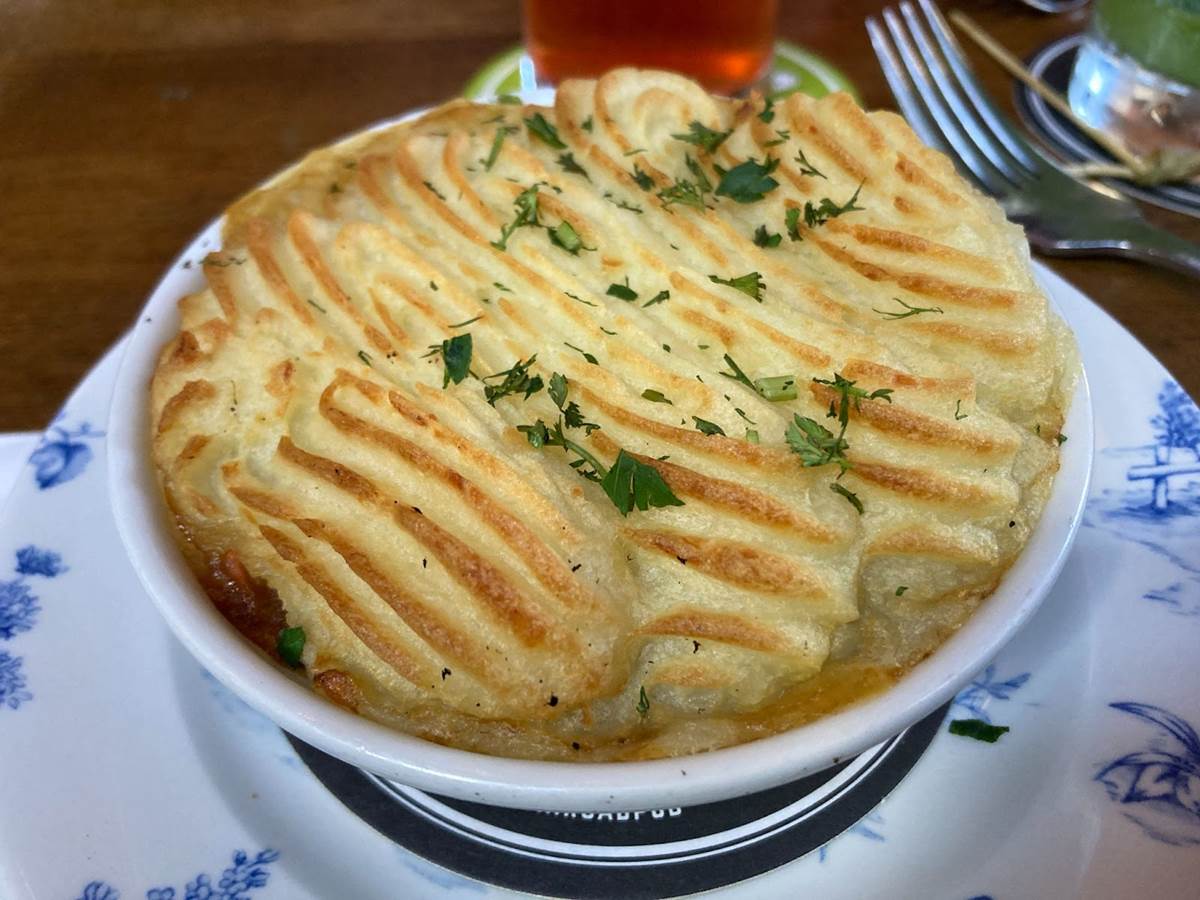 We were also treated to a couple of surprises that are not yet on the menu at Raglan Road but are planned to be added later this year. These beef- and chicken-filled savory donuts were confusing in the best way possible. These would make for some must-have appetizers if and when they get added to the menu. 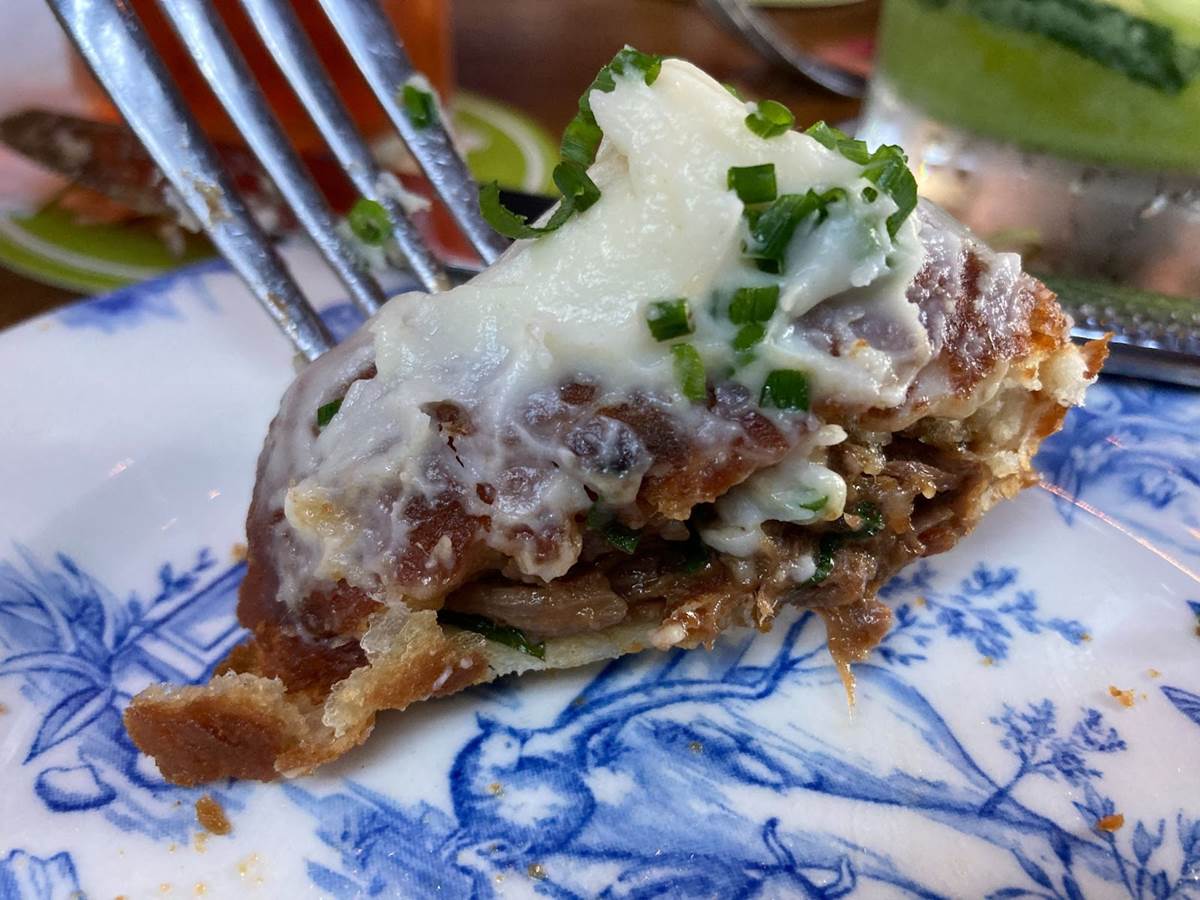