“How would I describe this last chapter of my life?” Olivia Rodrigo opens Disney+’s latest docu-film, Driving Home 2 U. It’s quite the valid question, from the Grammy-nominated singer-songwriter because it’s hard to imagine a world before Olivia Rodrigo was a household name. Nonetheless, it only happened a little over a year ago and seemingly, all in one night. 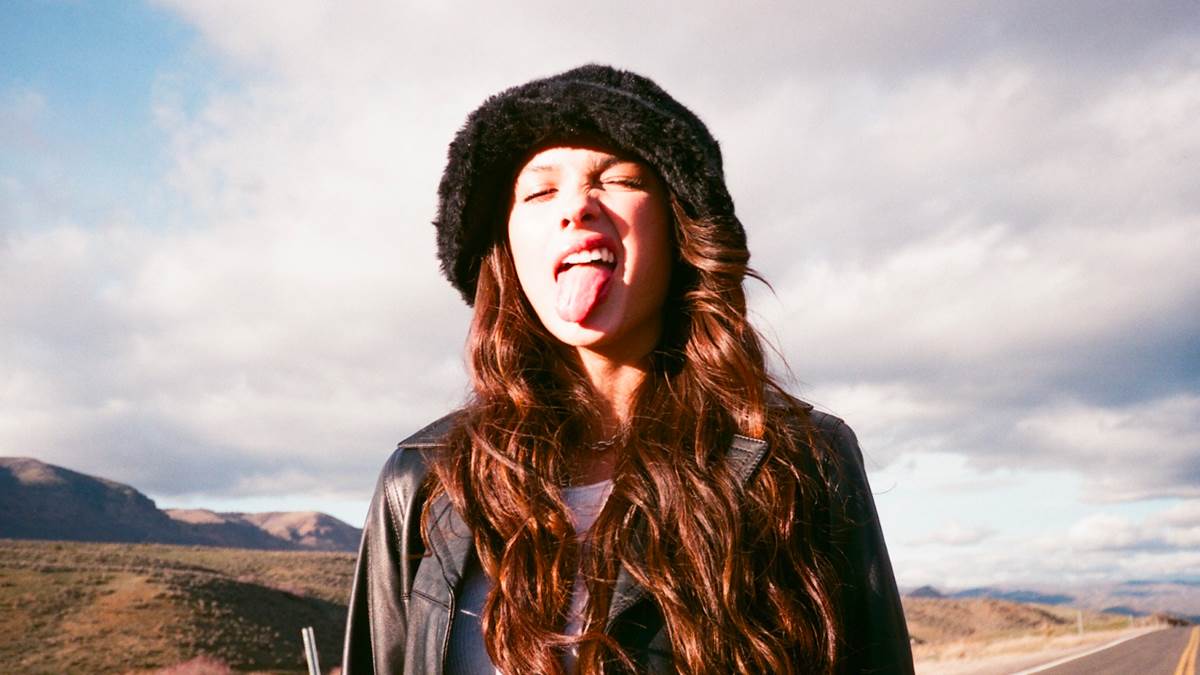 Not a stranger to the public eye, Olivia Rodrigo started as a child star on Disney Channel’s Bizaardvark, and landed a role as Gabriella 2.0 AKA Nini on the Disney+ original series, High School Musical: The Musical: The Series. Yet, it was actually her debut single, “Drivers License” that transformed Miss Rodrigo into a star.

Coming out this Friday, March 25th on Disney+, this “SOUR film” provides Olivia the space to unpack her truth from her whirlwind of a year and delves into the creative process behind her record breaking debut album, SOUR. Part documentary and part concert, audiences are introduced to a few variations of Olivia Rodrigo over the course of the film. One Olivia is young, and still discovering the power of her own voice in her childhood bedroom while writing songs that would one day be featured on a Grammy-worthy album. Another Olivia is busy in the studio and determined to make her art come to life. While the third and final version of Rodrigo in the film is our narrator, the present-day Olivia; sounding a little wiser, a little sturdier, “but just as sensitive and emotional” as ever. All versions are masterful in their art, unafraid of being vulnerable, and driven beyond their years (no pun intended).

Driving Home 2 U features footage from the SOUR album’s origin paired with casual and candid reflections from Olivia today as she “revisits the songs with older eyes.” Taking a road trip from Salt Lake City to Los Angeles, the two places where she wrote most of the album, Olivia goes through the track list (in the order she wrote them) and treats viewers to some reimagined renditions, such as the standout song of “Jealousy, Jealousy.” Written about the constant comparisons created by the presence of social media, the song is performed as an edgier version featuring Rodrigo rocking out under some car ramps with her all-female band as they give some riot girl influenced background vocals.

Knowing Olivia’s track record, it’s no surprise that the visuals throughout the Driving Home 2 U are equally on-brand as they are stellar. If you’re a 90s kid (and it’s okay if you’re not because Olivia isn’t either), you’ll appreciate the retro flare to the cinematography, with the Lisa Frank adjacent butterflies strewn about, small-framed sunglasses, and multi-patterned outfits. The outstanding imagery only intensifies as she continues her travels and performances. As she sings her third single off of SOUR “good 4 u,” Olivia is not only backed by the strings of violins, she’s smack dab in the middle of a barren, Red Rock Canyon, California performing a rendition that could old be described as  Bond-film-worthy.

Jumping into the recording sessions of SOUR, Olivia is showcased as quite the impressive musician. She brings in her original lyrics each session, sits right next to the sound board with notes in mind, and with guitar in hand, she configures the very melodies that her fans now can’t get out of their heads. For most of the time, she is only recording in the studio with her producer, Dan Nigro, and from the start they’re shown as a natural pair. Before the camera’s eyes, the pair write “brutal,” the first song on the track list, within one day and unknowingly send the trajectory of pop music back into the days of princess punk and teen angst.

In the opening studio sequence, Dan Nigro plays the first song they ever wrote together and Olivia sighs at her past self, “Sad, Olivia, Sad.” He plays a bit more as she laughs,  “And I’m still not over it!” Sadness and reflection become recurring themes in these sessions and the film as a whole, as we watch the star address, manage, and finally come to terms with her heartbreak.

“You can never lie to yourself when you're writing a song,” Rodrigo notes. Perhaps that’s exactly why this performer has found herself in the unique position of gaining an audience spanning across generations; because she’s telling the truth. Despite being one of the first mainstream Gen-Z superstars’, her words are captivating and encouraging to hear, especially from such a young woman. Diving into the “soul crushing inferiority” she speaks of, is not an easy task, but when the words are finally out there, like in Olivia’s lyrics, people feel seen and heard and suddenly, find themselves not alone, but in community with their heartbreak.

Rodrigo shares that she feels like she “has aged five years in the last year,” and her sage wisdom throughout the documentary sure makes it feel that way. The Olivia we hear from today in the film seems a bit more healed and far more introspective. By leaning into her music as a form of catharsis, she recognizes the SOUR album as a difficult period of time in her youth where she was learning about love. Influenced by the country and pop stars before her, Olivia is authentically unapologetic in her work; she’s not going to just get over it, she’s not going to be ashamed of her sadness, and she’s not going to be quiet about it… maybe we could all benefit from being a little bit more like that. 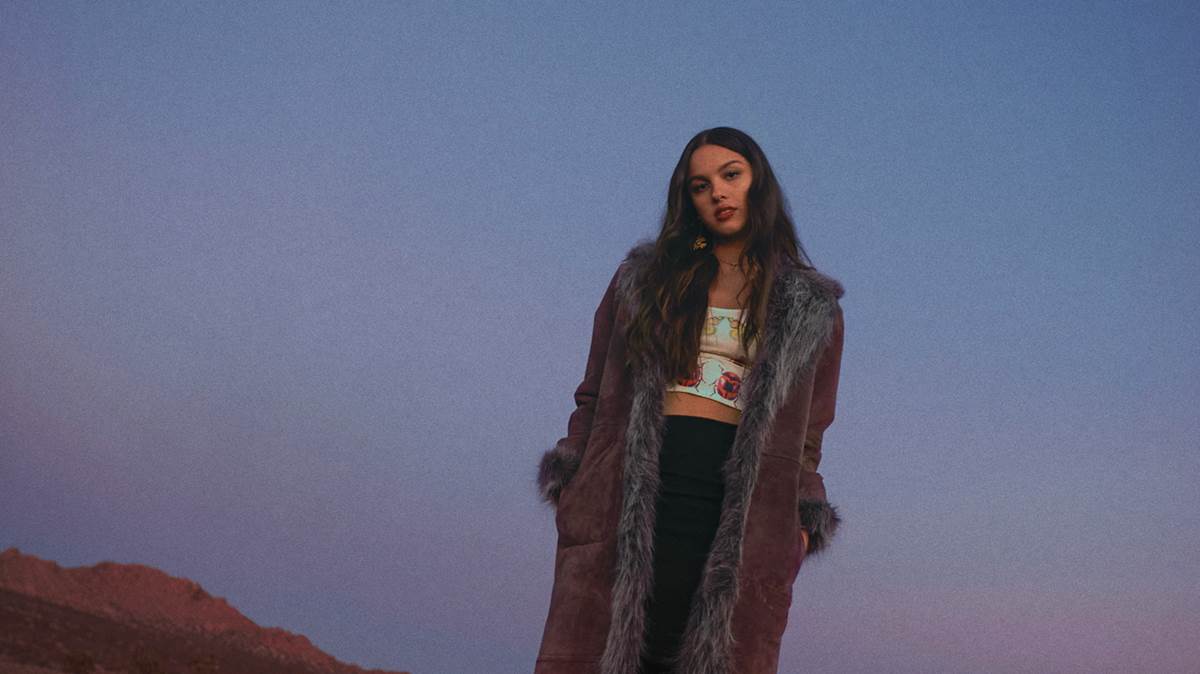 “Hopefully I won't be so sad on the next record!” she exclaims as she ends her final recording session. The film closes on the beaches of Malibu and audiences get one last glance at Olivia personifying the joy of youth and encapsulating artistic freedom. Still only at 19 years old today, the influence Rodrigo has had on the music industry in the past year cannot be discredited. With her powerful vocals, musical talents, and incredible eye for design and storytelling, the SOUR film is just the latest proof of her brilliance. Whether you’re new to the musical styles of Miss Rodrigo or already a certified “Livie,” this film will open you up to a whole new level of appreciation and have you begging for the soundtrack stat.

Get the inside look of the creation of Olivia Rodrigo’s Sour album in Driving Home 2 U: A SOUR Film streaming on Disney+ this Friday, March 25th.