We have reached the Final 4 of our Mouse Madness tournament and it continues today. This year, in celebration of the 50th anniversary of Walt Disney World, we are attempting to determine the very best Walt Disney World Resort hotel. Through some careful planning and even our first ever play-in game, we narrowed the field down to 16 hotels and two of them will square off each day until we have our champion. 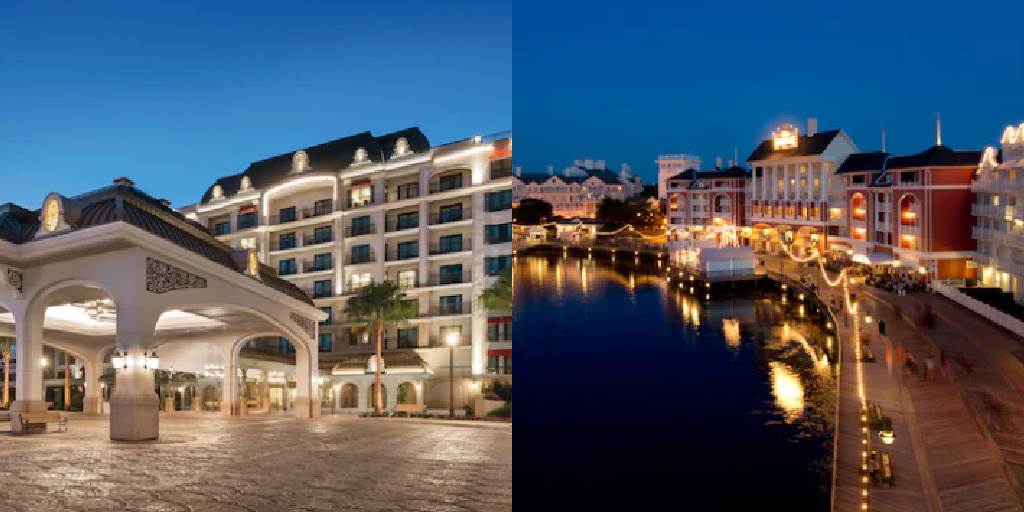 Before we move on to today’s matchup, let’s take a look at our last result. The first spot in the final was claimed by one of Walt Disney World’s original hotels – The Polynesian. It doesn’t come as much of a surprise as the top seed from the Magic Kingdom region was probably the favorite to win the whole tournament from the beginning. It was a good run for Animal Kingdom Lodge, but the Poly managed to take more than 68% of the vote in this first Final 4 matchup.

The other semifinal matchup will pit Walt Disney World’s newest hotel, Riviera, against another classic favorite, BoardWalk. Just a short Skyliner trip away from each other, these hotels offer a lot of the same benefits, but only one can move on. Will Disney fans opt for the Jersey shore feel and the short walk to EPCOT? Or will they favor the newer, European-inspired resort with the more modern amenities?

We're on to the Final 4! In our first matchup, Riviera is going up against BoardWalk. Which #WaltDisneyWorld Resort hotel do you think should move on to the final?https://t.co/oyfIFMRRLG 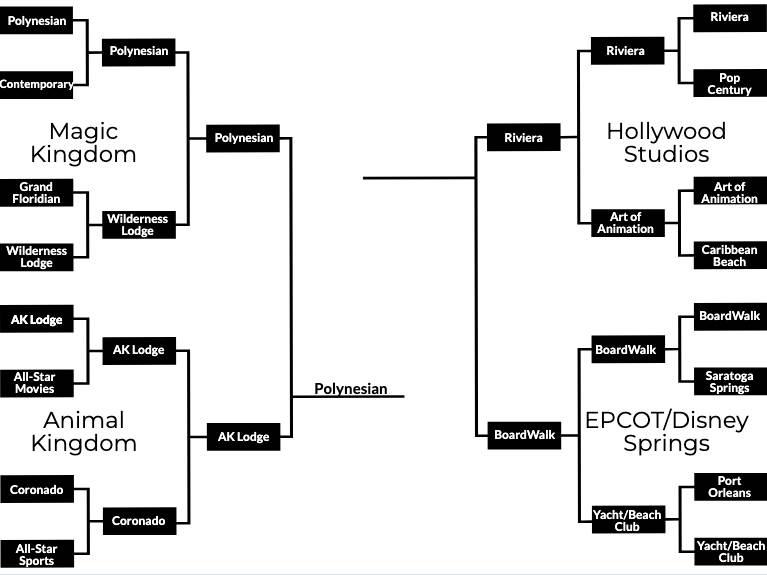