We have been waiting for almost a year to find out more about the King of Demons that lives with Eda and Luz in The Owl House, and this week, we finally got the answers! 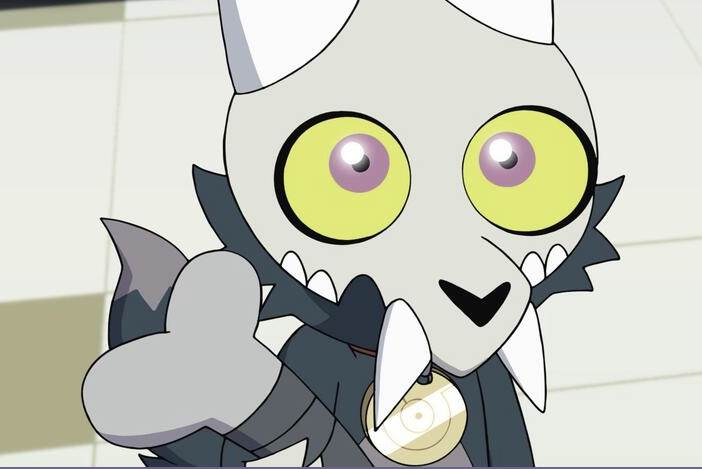 Edge of the World

Similar to last week’s episode where the cold open just decides to confuse us, so does this week where we see King and his apparent King family gathering together for a welcoming dinner at the Owl House. After a few moments of wondering what we missed it's finally revealed that King is dreaming and Luz is ready to talk about everything she’s seen in Belos’ mind.

But, that opening bit is definitely leading into the primary focus of today’s episode, something we’ve long been waiting for, King’s origins!

Remember at the end of an earlier episode when Hooty ate a letter from a mysterious creature that looked like King? Well, thanks to the stress of Luz’s retellings of what is planned for the day of unity, maybe combined with the appearance of Lilith (who was told everything by Owlbert), Hooty regurgitates months worth of things he’s eaten and King finally gets that letter. He says it was dated a month ago, but viewers of the show know that it was about 10 months or so, give or take, in real time.

With the letter is a piece of stone that almost looks like a finger as well as a map to a far off location. Needing to hide from Belos, Luz sees the opportunity as a place to hide and discover King’s origins. It takes some convincing but Eda finally agrees, with a bit of persuasion from Lilith. They join the Selkidamus ship captain (who has since lost his crew since the ship is no longer an Emperor’s ship) and head to this far off place.

As they arrive on this island which looks like it belongs to the finger of a titan, they realize the last piece of this stone gateway they need is the one that came with the letter. Sticking it into place almost like a key, a portal opens and they are taken far away, and we discover that they are taken to the opposite side of their world.

There, they are greeted by someone who looks like a larger version of King, Tarek. Tarek, however, is not King’s father. Tarek claims that King’s father is out right now, but he’ll take him around town and introduce him. Throughout, King falls in love with the lifestyle and discovers that these creatures like him are Titan Trappers, slayers of titans, though most of them have never actually encountered them.

While King bonds with the Titan trappers, he grows closer to Tarek, eventually asking him to play a game of catch. Meanwhile, Luz is trying to learn more about the Titan trappers and King, and is taken to the group’s elder, Bill (just Bill), who is the only person to have seen a titan.

While she is talking with Bill, he describes the sounds a Titan makes, their ravenous appetite, their need to find followers and subjects, and their look, which everyone in this land mimics with their fashions. Oh, and everyone here seems to worship The Collector, whom Luz encountered in last week’s episode. She puts it all together… KING IS A TITAN.

Luz acts suspiciously while trying to leave, and in the distance, Bill hears the sounds King is making in the distance and realizes the same thing she did. A chase ensues, and King, who is waiting on that game of catch with Tarek, is now brought to his initiation ceremony, where the plan is to kill King.

Using her magic, Luz saves the day but King thinks he’s just trying to stop him from being happy. He even brings up that he’s read the Azura books, he knows that she talked to her mom in the human realm, and that she’ll leave him too one day. She shares with King that he is a titan and he processes this. Meanwhile, the crowd is chasing them, though now hesitant because it seems that Bill is out for himself, not looking out for the group. As they make their way through the portal back to the Boiling Isles and decide it must be destroyed while on the other side. The Selkidamus ship captain takes them back, and King looks longingly at the bones of the Titan that make up the world he knows.

Back at the Owl House, An army of the Emperor’s Guards are surrounding the house, and in the distance we hear Kikimora telling them to arrest anyone inside. Is there anyone inside? We’ll find out later I guess since that’s how the episode ends.

This episode of The Owl House is now available on Disney Channel and the DisneyNOW app. You can catch up with earlier episodes and seasons on Disney+.