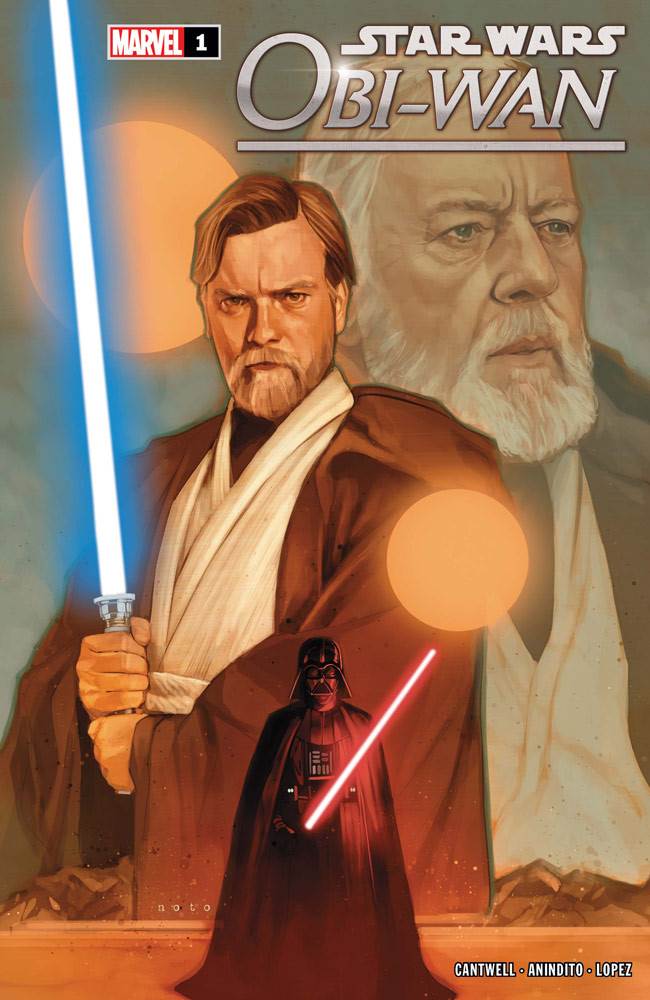 Don’t be fooled by the jaw-droppingly beautiful Phil Noto cover of this comic book issue: nowhere in its content will you encounter the character of Obi-Wan Kenobi, Jedi Master, at Ewan McGregor’s age as depicted in the artwork– or Darth Vader clutching his red-bladed lightsaber for that matter. I’m sure those two personas will show up at some point in the run of this new miniseries from Marvel Comics, but this debut issue is all about a very old Ben Kenobi and a very young Obi-Wan, as conjured via flashbacks.

But don’t get me wrong, either– Star Wars: Obi-Wan #1, written by Christopher Cantwell (best known as creator of the cult-hit AMC drama Halt and Catch Fire) and illustrated on the inside by Ario Anindito (Star Wars: The High Republic) is perfectly fine. I just have a pet peeve about misleading covers when it comes to comics, so I had to get that criticism out of the way first. 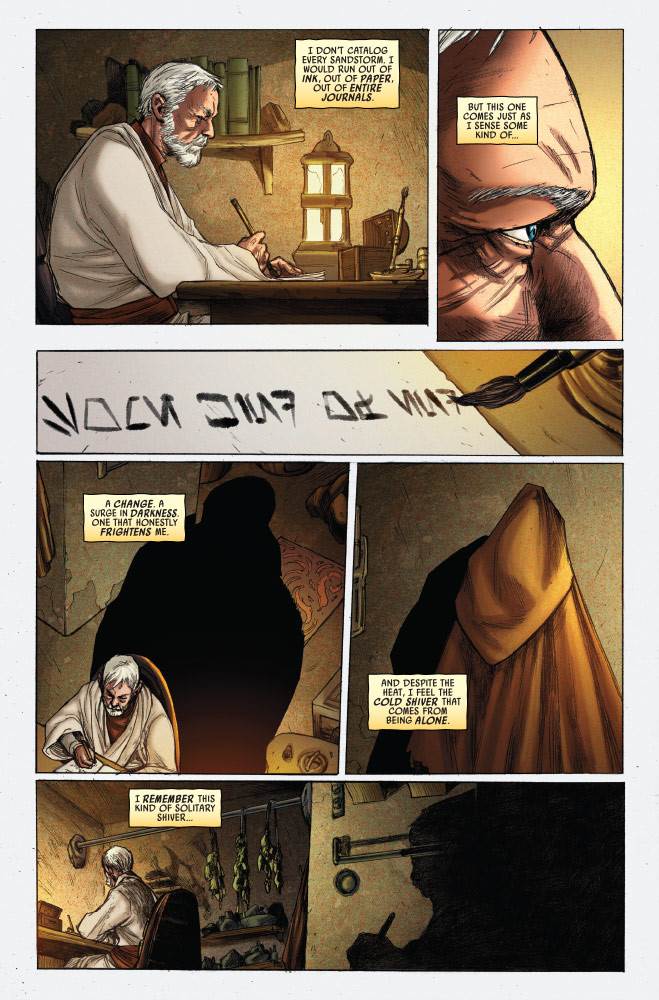 Obviously this comic miniseries is intended to tie-in (at least in a synergistic marketing sense) with the upcoming Star Wars: Obi-Wan Kenobi live-action limited series arriving on Disney+ at the end of this month, and that’s where the strategy of featuring McGregor’s– and Vader’s– likeness comes into play. But once you get past that slight bit of misdirection, Obi-Wan #1 is a fairly entertaining setup for what is likely to show up in the subsequent issues. Here we start with “Old Ben” alone in the desert, during the period just before the events of the original Star Wars film (AKA Episode IV – A New Hope), as he patiently waits for a sandstorm to arrive at Tatooine’s desolate Jundland Wastes where he’s made his reclusive home. Obi-Wan battens down the hatches on his hut and sits down to write down memories in his journal (first seen in the pages of Marvel’s excellent 2015 run of Star Wars comics) about the last time he felt this lonely. In an extended flashback, we see young Obi-Wan (somewhere around age 10) searching the Jedi Temple on Coruscant for his missing fellow youngling Initiate. Once he and his friend– a girl named Gehren Rand– are reunited, there’s a conversation about why Gehren wants to run away and how she plans to do so by escaping into Coruscant’s underworld and hitching a ride off-world to help her father, about whom she keeps having foreboding nightmares. Naturally Obi-Wan disagrees with Gehren’s decision to leave, but to convince her to stay he’ll have to follow her into the dangerous lower levels of the city and help her fend off a variety of threats. By the end of this flashback, Obi-Wan begins to learn (from Master Yoda, of course) a lesson concerning self-reliance– reinforcing the Jedi tenet of detachment. I understand that Cantwell probably felt the need to tell these episodic stories of Obi-Wan’s life in chronological order, but starting this comic off with a relatively low-stakes adventure about disobedient younglings doesn’t do it a whole lot of favors on a dramatic level. Still, there’s a lot of potential here as we can look forward to getting into Kenobi’s time training under Qui-Gon Jinn (theoretically in #2, if that cover is to be trusted) and his later role as hesitant mentor to the troubled Padawan Anakin Skywalker. Anindito’s art is superb, as always, and I’m glad he has a Star Wars gig to keep him busy while The High Republic is on hiatus between its first and second phases. Let’s just hope this first issue is intended to serve as the calm before the storm. 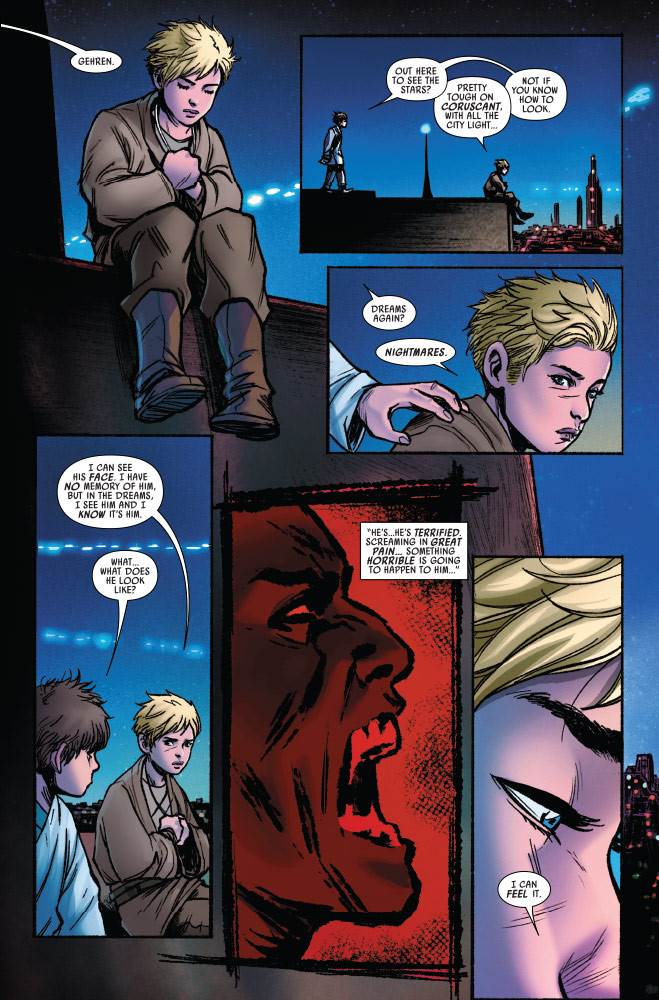