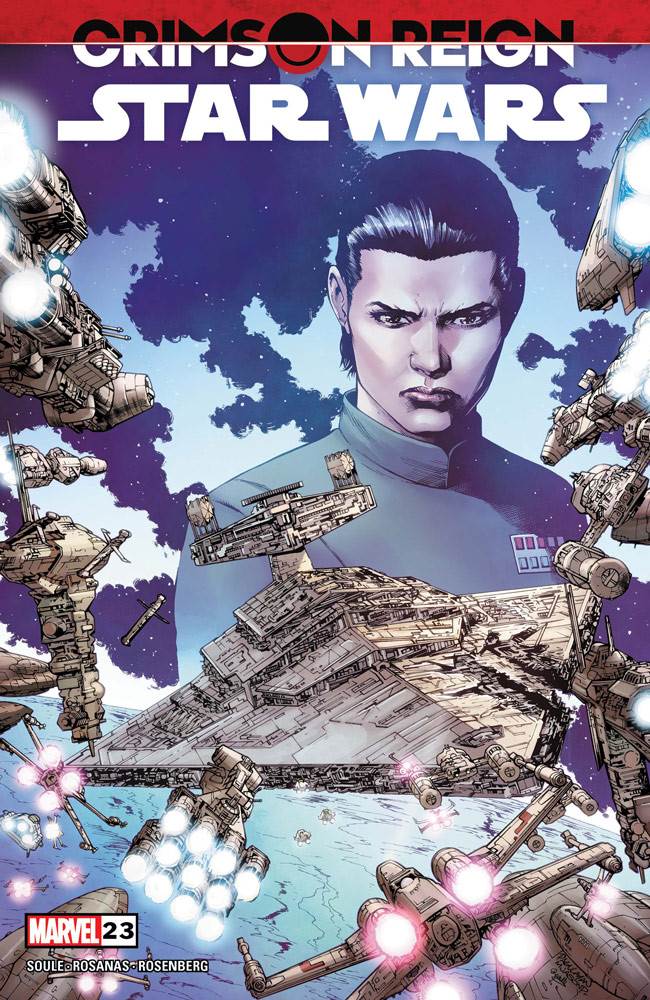 With all the news and excitement coming out of yesterday’s “May the 4th Be With You” Star Wars Day celebrations, it could be easy to miss the actual Star Wars storytelling content that was actually released, such as the debut issue of Marvel’s Obi-Wan miniseries I reviewed last night.

But writer Charles Soule’s excellent ongoing flagship Star Wars title (currently set between the narratives of The Empire Strikes Back and Return of the Jedi) also saw the release of a new issue, marking a significant turn of events in the conflict between what remains of the Rebel Alliance fleet and the star destroyer Tarkin’s Will. 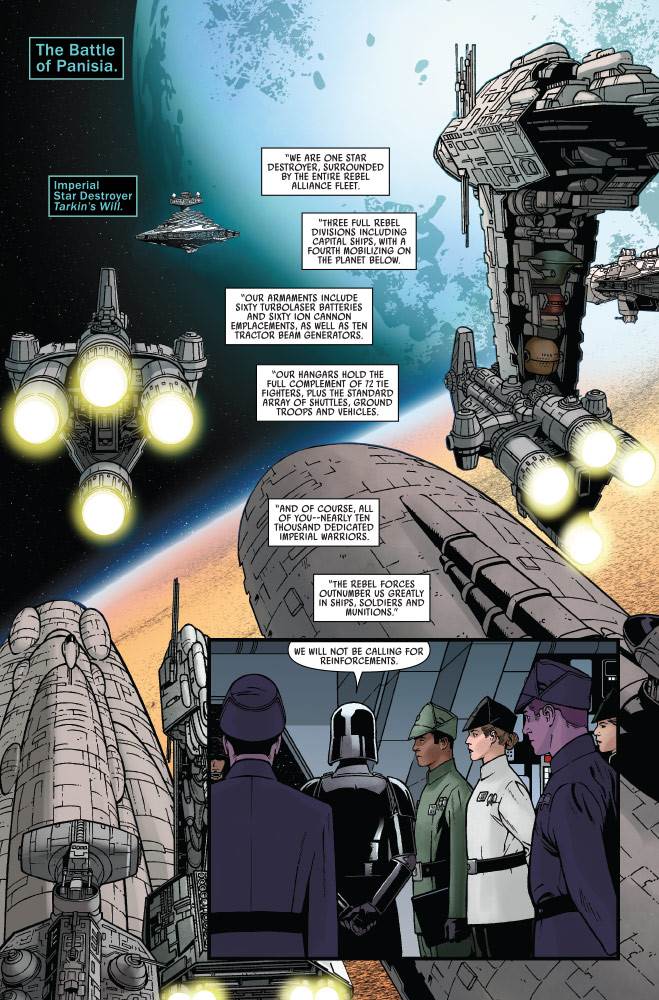 Indeed, Star Wars Volume 2, #23 begins with the Tarkin’s Will surrounded by the entirety of the rebel fleet, but almost the entirety of this issue is spent aboard the star destroyer itself, as we get a better taste of Commander Zahra’s leadership strategies. She gives her underlings on the bridge an inspiring if slightly overconfident speech and then enacts her plan, which involves tricking the rebels into destroying their own ships and then basically firebombing the base of the division that’s still on the surface of the planet Panisia using the Tarkin’s Will’s main thrusters. As one of the rebels observes, it’s something of a sociopathic maneuver, more an act of murder than of war, but Zahra is intent on finally settling her vendetta against the rebellion and Princess Leia. Meanwhile, Kes Dameron’s infiltration team takes out the Imps in the detention level and they rescue his wife Shara Bey, but finding a way out might be tricky (though we know they survive through the Star Wars: Shattered Empire miniseries– which takes place after Return of the Jedi– and beyond). The rebels aboard the star destroyer split up so two can take out the Tarkin’s Will while Shara and Kes escape, and Zahra is only further enraged by her unexpected defeat, abandoning ship along with her crew to fight another day and taunting Leia defiantly via comlink from the planet below. It’s an exciting issue, and I loved how Soule chose to devote this chapter to the Imperial side of the combat, really only getting Leia’s reaction at the very end. It looks like next month we’ll be seeing these two enemies face off (possibly) for the last time, but I’m really enjoying Zahra as an antagonist so I will be sad to see her go. I’m hoping the sacrifices made to rescue Shara Bey pay off as well– obviously this battle would have happened eventually with or without the rescue mission, but outside of being Poe’s parents I’m still not sure I understand why she and Kes are so important to the rebellion at large. Regardless, the artwork by Ramon Rosanas is still terrific– he might be my favorite illustrator working in Star Wars comics these days, so pairing him with my favorite writer makes for a consistently thrilling collaboration. 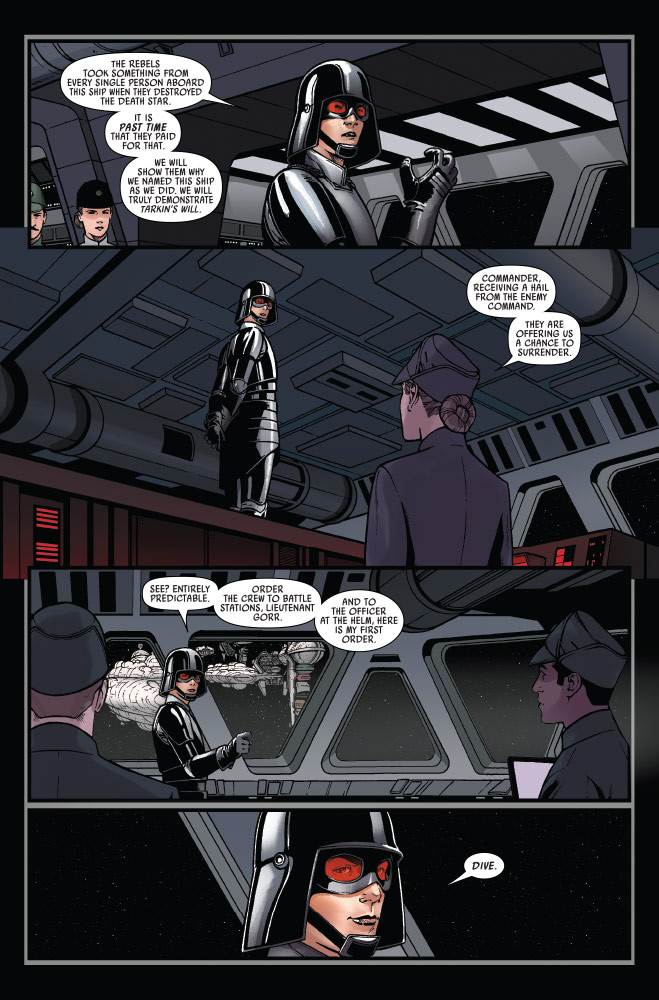 Star Wars #23 is available now wherever comic books are sold.