The 33rd season of the iconic animated sitcom The Simpsons came to an end this evening, and the show’s writers used the occasion as an opportunity to shine a light on how anachronistic the Simpsons themselves have started to feel as an “average” suburban middle-class American family.

Season 33’s finale, entitled “Poorhouse Rock,” begins with Marge having her lady friends over to watch the Simpsons universe’s version of Bridgerton, which of course features enough nudity and sexual hijinks that the rest of the family has to be provided with distractions to keep them out of the room– like a podcast about beer for Homer and a new Harry Potter-esque kid-lit novel for Lisa. 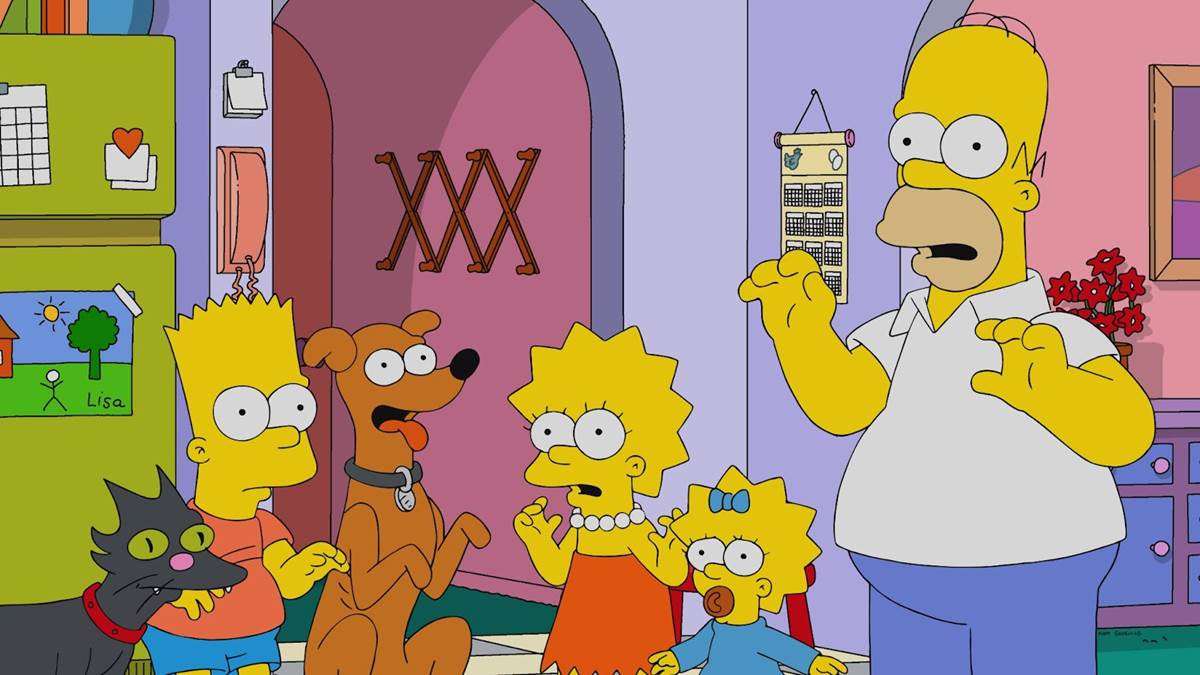 But being left alone with her friends means Marge and the ladies start drinking to enhance their enjoyment of the show, and by the next (Sunday) morning the Simpson patriarch is feeling a bit too hungover to go to church. So Homer takes the kids to the service and when Lisa and Bart are pulled into Sunday school, he urges Maggie to cry as an excuse to sneak out into the hallway. There, he overhears Bart giving an iPad presentation themed to the commandment “honor thy mother and thy father” that isn’t entirely flattering to Homer, to say the least. This spurs Homer to take Bart to work with him the next day, demonstrating that he basically gets paid to “not blow up the town.” Bart consequently comes to idolize Homer and even begins to dress like him, saying that he now wants to grow up to become a nuclear safety technician like his father. But Lisa teases Bart with some bad news about his new dream, and then the boy gets the truth spelled out for him in the suddenly musical final act of the episode thanks to a surprisingly informative janitor (guest voice star Hugh Jackman) and a toe-tapping tribute to the death of the American middle class. 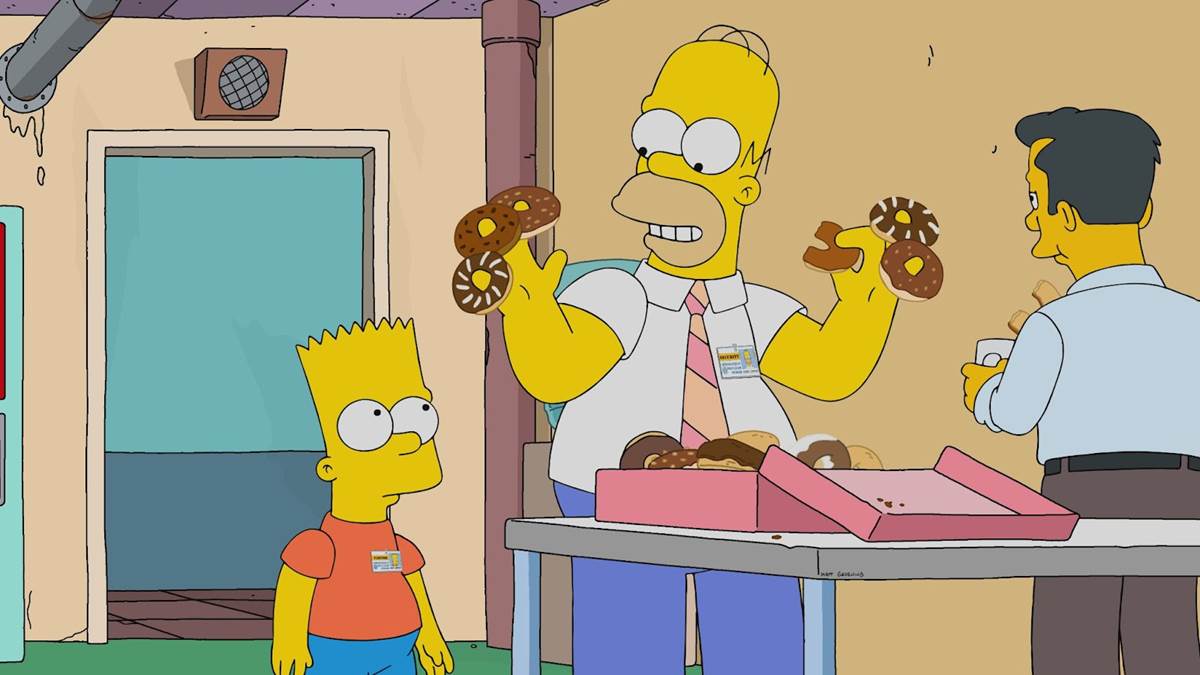 The very end of the all-out musical number is quite literally incendiary, with Jackman’s janitor telling Bart that the only real solution to his problem is to “burn down the system,” though they end up burning down Bart’s treehouse instead. It’s a fairly radical statement for a series that pretty recently changed hands from one giant media conglomerate to another, but The Simpsons has always been left-leaning when it comes to matters of class, and plenty of fans of the series are likely to get a kick out of the song performed by Jackman. I just wish this installment didn’t feel so disjointed– the Marge opener feeds into Homer’s story well enough, but that last third of the episode just comes out of nowhere. There’s a very real lesson to be learned here, and I like how veteran writer Tim Long uses our long-established perception of the Simpson family’s creature comforts as a lens through which to view a contemporary issue that’s undeniably worth talking about, but I almost wonder if song-and-dance was really the best way to do it. I’m willing to admit it may very well be the only way to properly buffer a topic that leans more toward the heavy side than we’re used to seeing Our Favorite Family deal with, but it still feels a little out of place to me. I did like Homer, Marge, and Lisa’s meta observations about the inflammatory musical number in the mid-credits coda, however… “It does feel like an escalation.” The Simpsons will return for its 34th season in the fall on FOX.