After filmmaker Deborah Chow got her start making short movies and the Zach Braff-starring drama The High Cost of Living, she became a go-to television director-for-hire, working on series like Mr. Robot, The Vampire Diaries, Reign, Marvel’s Iron Fist and Jessica Jones, Fear the Walking Dead, Lost in Space, Better Call Saul, The Man in the High Castle, American Gods, and more.

A few years ago she stepped into the Star Wars galaxy via The Mandalorian’s acclaimed first-season episodes “The Sin” and “The Reckoning,” and now she has continued down that path by directing the entirety of the new Disney+ limited series Star Wars: Obi-Wan Kenobi. Recently Chow spoke at a press conference promoting the series about her in interest in Obi-Wan as a character, working on Lucasfilm’s “The Volume” virtual production stage, and how she used John Williams music on set to get the action going. 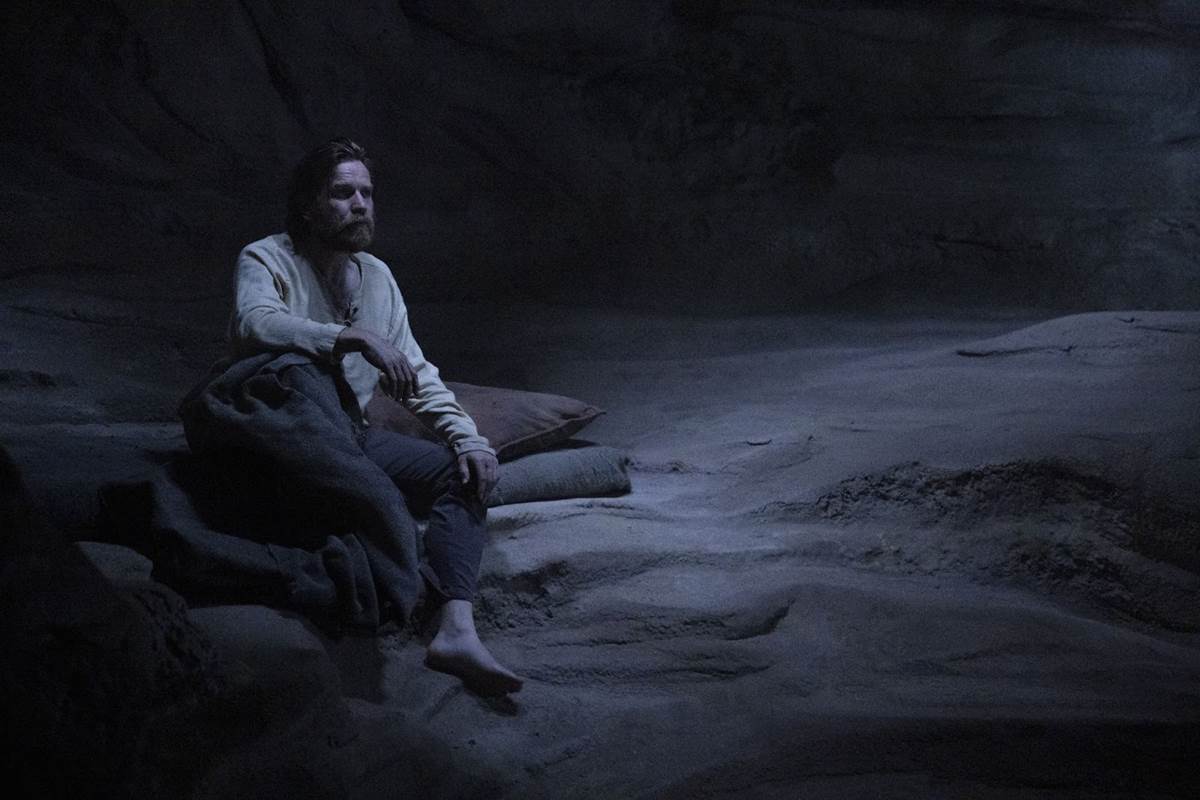 “I was really excited at the idea of getting to do a limited series, for one just because you get to tell a bigger story, but you also have the time to really get into the character,” says Deborah Chow about Star Wars: Obi-Wan Kenobi. “So first and foremost, I was most excited about doing a character-driven story and really having the opportunity to get more depth and have more time to really get to know the character. In a similar way [to]– obviously it's a different tone– but something like Joker or Logan where you take one character out of a big franchise and then you really have the time and you go a lot deeper with the character. That to me seemed really exciting to get to do in Star Wars. Obviously we're starting in a pretty dark time period and that was quite interesting– not only to start with Obi-Wan’s character in kind of a dark place, but also starting in a period in the timeline that's quite dark. [It] actually gives us a very interesting starting place for the series. But with the character of Kenobi, for me he's always felt like there's so much warmth, there's so much compassion and humor, that it is kind of a character of light and hope. It was interesting for us to try to keep the balance of that– of the darkness, but also still maintain the hope coming from the character.”

“I would say definitely one of the biggest challenges with this series is that we have these huge legacy iconic characters and we're in-between two trilogies. So in large part we're telling the second act of a story, which is often challenging enough. I think the biggest thing we were looking to [do] is respect the canon and respect what's been done, but we also needed to have an original story and have an original vision for it. That was the biggest challenge, but at the same time it was very exciting that we were bringing back two of these huge iconic characters and telling a new story with them.” To which two characters is Chow referring? Why to Obi-Wan and his old friend Darth Vader (formerly known as Jedi Knight Anakin Skywalker), of course. “When we were developing the material, we were really looking at the character of Obi-Wan and going, ‘What was important in his life? What are the relationships that were meaningful?’ And obviously, the history coming out of Revenge of the Sith is so strong and it's so powerful that it really felt like, for us, that obviously there'd be so much weight coming into this story that was connected to Anakin and Vader. I think it just felt natural that obviously [he] would be [played by] Hayden [Christensen] and that we would continue this relationship in the series.”

Chow also spent some time talking about the Volume and the innovative StageCraft technology used to bring Obi-Wan Kenobi and the other live-action Disney+ Star Wars series to the small screen. “I started using that technology, StageCraft, on [The Mandalorian], so I was actually incredibly excited to be able to use it on [Obi-Wan Kenobi] as well. I think one of the interesting things is since [the] first season [of The Mandalorian], a lot of the tech has advanced so much. Every passing year, there's advances, so by the time we came to do [Obi-Wan Kenobi], there were already things that we could do that we couldn't do in [the] first season [of The Mandalorian]. But it was also really exciting to be able to design and to develop material knowing that I was going to shoot [using] StageCraft. A lot of times I'd be looking at the scene even as we were writing it, thinking about, ‘How is this going to translate into the Volume and how can we take advantage of the tech as best as possible?’”

“One thing that was cool with the technology is that actually a lot of the stuff [Industrial Light & Magic] did in the prequels and that George [Lucas] was doing by pushing digital so early, is so much of that groundwork is how we got to StageCraft. A lot of the tools he started developing like PreVis, all that stuff, is how we ended up on StageCraft. It's really interesting.” And what about shooting the action scenes? “We [played] a lot of [John Williams’s Star Wars] music when we did the action scenes, because the music obviously brings the emotional component. What John Williams has done has been so inextricably tied [to Star Wars]. It is Star Wars. So if we put it on, all of a sudden I see Moses [Ingram] go like two inches taller. Everybody responds to it.” With all that said, director Deborah Chow is thrilled to have finally completed Star Wars: Obi-Wan Kenobi and to have audiences see it beginning later this week. “It's intense. I've been working on this for almost three years, so it's been a pretty long journey. But on the other hand, I'm very excited to finally have it actually come out and be able to talk about it. It's exciting that it's finally coming out.”

The first two episodes of Star Wars: Obi-Wan Kenobi will debut this Friday, May 27, exclusively on Disney+.