With the Dark Lord of the Sith formerly known as Jedi Knight Anakin Skywalker making his return to live-action in recent weeks thanks to the Star Wars: Obi-Wan Kenobi limited series on Disney+, it’s going to be even more exciting to further explore the character at a different point in the timeline thanks to Marvel’s Star Wars: Darth Vader comic book series.

At the beginning of Darth Vader, volume 3, issue #23, released today, Sabé (once Padmé Amidala’s most trusted handmaiden, confidant, and body double) tells the Dark Lord that she’s figured out his true identity. Vader denies it at first, but when the woman from Naboo shows her work, he stops putting up much of a fight. 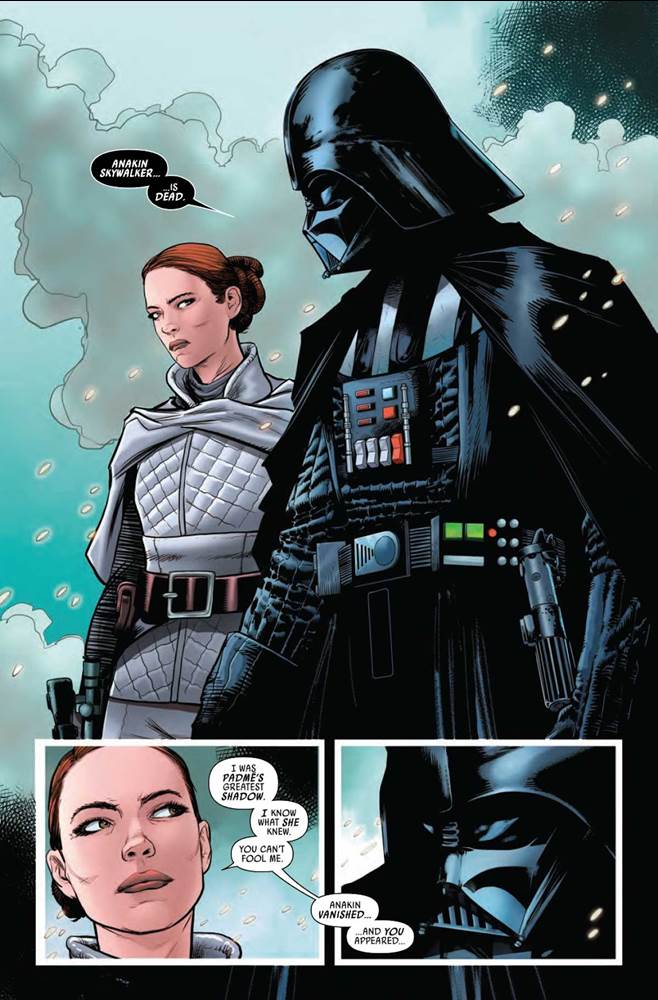 Sabé knows Padmé’s last words, and she uses that to appeal to Vader– he can prove his deceased wife right by displaying that “there’s still some good in him” and helping some ex-slaves from Tatooine whose colony has been abandoned by its (Crimson Dawn agent) governor. It’s a clever, rewarding connection to author E.K. Johnston’s recent trilogy of Amidala novels– Queen’s Peril, Queen’s Shadow, and Queen’s Hope– and a great way to have Vader team up with someone who by all rights he shouldn’t associate with, and vice-versa. Meanwhile, Beilert Valance and the “Revengers” mercenary team get left behind and Ochi of Bestoon sets out on his own mission as Vader and Sabé arrive at the Imperial-occupied planet of Gabredor III. Here the Dark Lord is reunited with a couple of Anakin’s long-lost childhood friends– namely the human Kitster Banai and the Rodian Wald (both first seen in Star Wars: Episode I – The Phantom Menace). 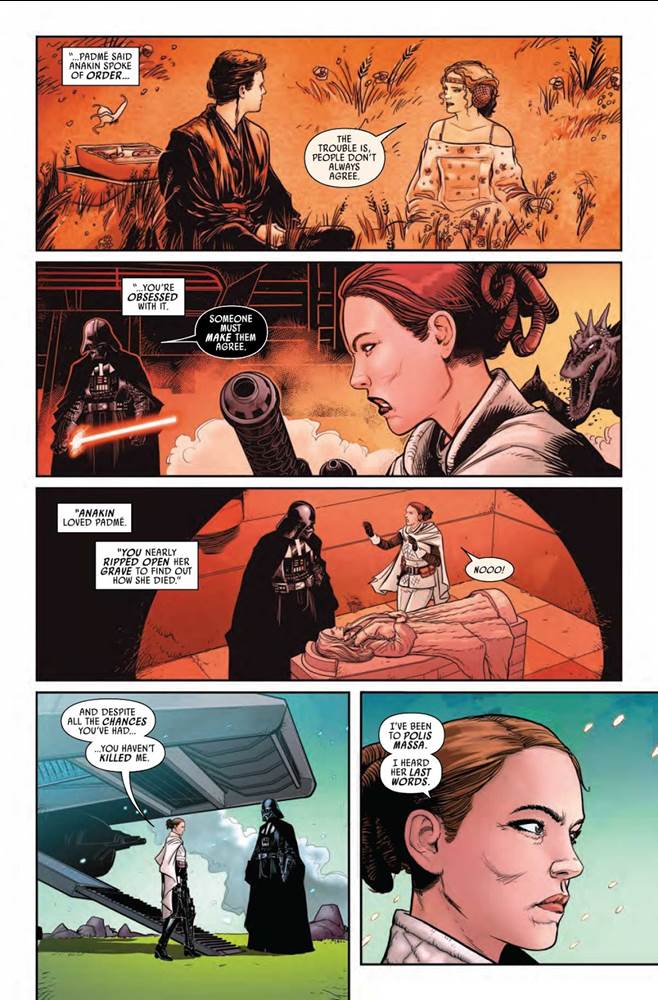 Kitster and Wald show off a sweet speeder they built out of leftover podracer parts and explain that thanks to the governor, they have no way to communicate with other worlds or even leave Gabrador III. The forensics droid ZED-6-7 deduces that the planet is suffering from a drought, which is causing the particularly ferocious local wildlife to attack sentient populations. So Vader calls in reinforcements in the form of an Imperial shuttle carrying all manner of weaponry, and Sabé arms herself to the teeth as the unlikely pair prepares to take out the corrupt governor. It’s a fun ride, and I got a kick out of seeing Wald and Kitster again– believe it or not, I was just having a conversation with a friend last week about why these characters hadn’t popped up again in the current Star Wars canon. Writer Greg Pak and illustrator Raffaele Ienco are still doing a bang-up job in putting this title together, and I just adore the combination of characters they’ve assembled for this run and this arc, specifically. I do feel like it’s maybe a tiny bit out of character for Vader to agree to helping people, even if it’s in Padmé’s name, but just like the continuity issues caused by Obi-Wan Kenobi at this point I’m just kinda willing to roll with it and enjoy the ride. 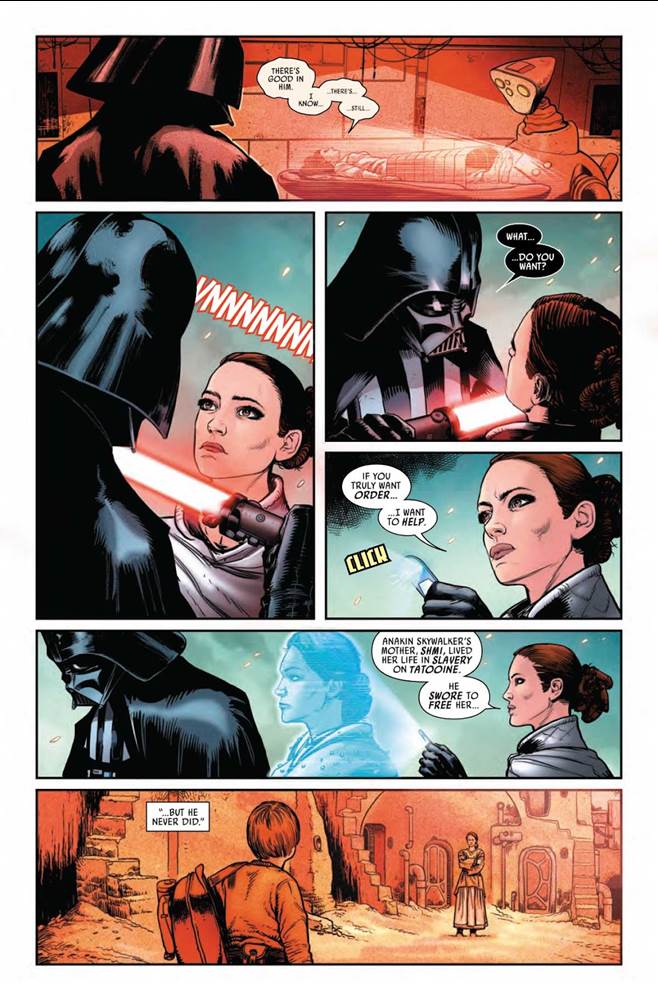