“I think it might be the best thing I’ve ever done,” Phineas & Ferb co-creator Dan Povenmire said of his new Disney Channel series Hamster & Gretel at Annecy Festival. Dan was joined by producer Brandi Young to provide a first look at the series, which premieres later this summer. The first thing fans should know is that like Milo Murphy’s Law, Hamster & Gretel is set in the same universe as Phineas & Ferb. While there are no plans for a largescale crossover in the first season, Dan did promise that some characters will make appearances, alluding to the fact that one of them is hidden in the poster that was given to attendees as SWAG. 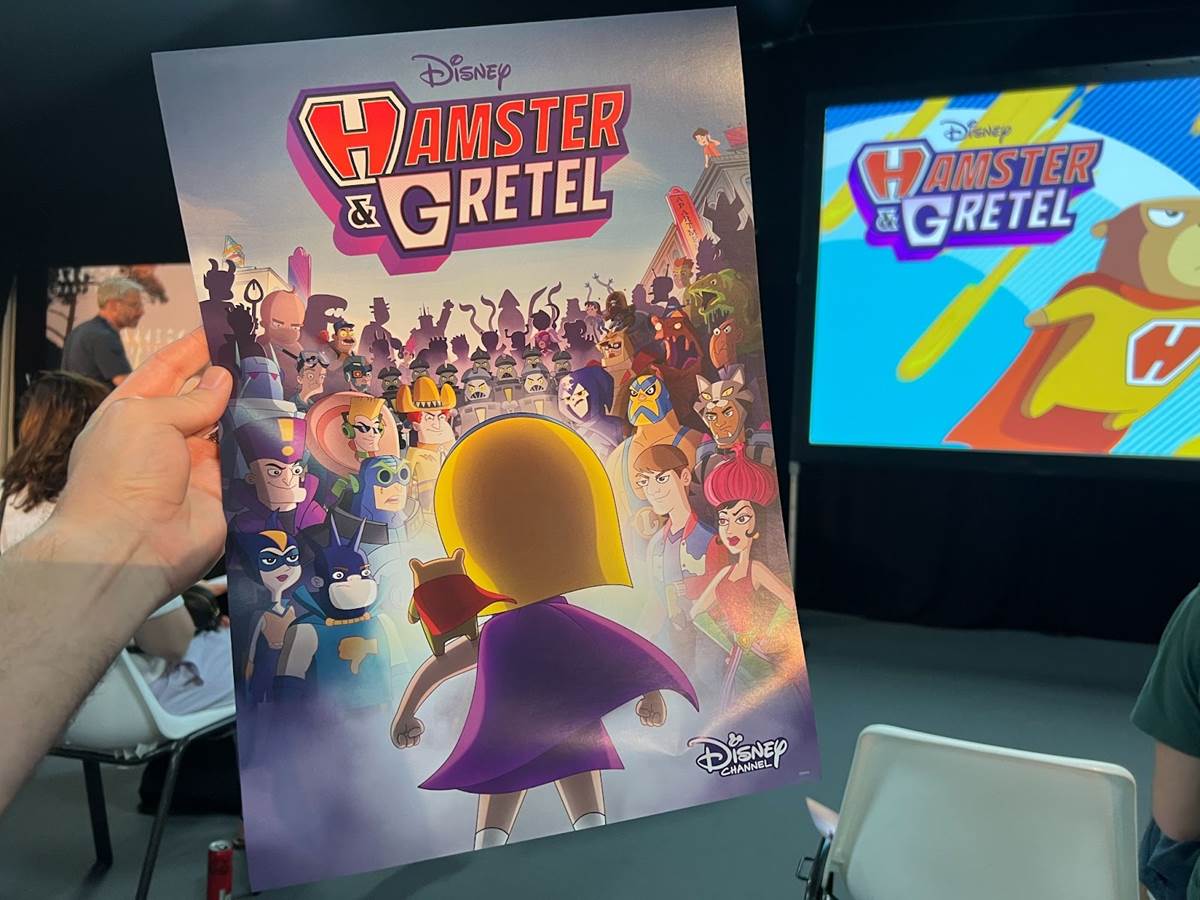 Dan’s first drawing for the character who would become Hamster was sketched while he was working on Phineas and Ferb the Movie: Candace Against the Universe, which he later refined while on vacation with his family in Aruba. Dan shared that the relationship between Gretel and her brother Kevin was inspired by his own sister, who was much younger than him so he ended up as a figurative third parent to her, often driving her around. Developed from home during the lockdown, Dan made an animatic presentation, something he first did to sell Phineas & Ferb, employing his daughters to provide temporary voices for the female characters. As luck would have it, Dan’s daughter Meli Povenmire ended up booking the role of Gretel in the final series, although he explained that they did audition many actresses for the part.

The clip above was played at the event, but what isn’t available online is the full theme song, which we got to hear both in Dan’s rough demo form and the final version, recorded at Capitol Records with a full brass section. We were also treated to a look at the design process for Gretel, Kevin, and Hamster, all of whom went through a few changes from initial concept to final design. And we got a brief overview of several other characters in the show.

Dan’s wife is from Venezuela and he applied that same quality to Carolina. To help add authenticity to the series, Dan brought in writer and comedian Joanna Hausmann as a co-producer. Joanna first caught Dan’s attention through her podcast, an episode of which comedically relayed her experience of being Venezuelan in America. It prompted Dan to reach out to her and since the show was being written primarily over Zoom meetings, the New York City-based writer was able to join the team as a story editor. 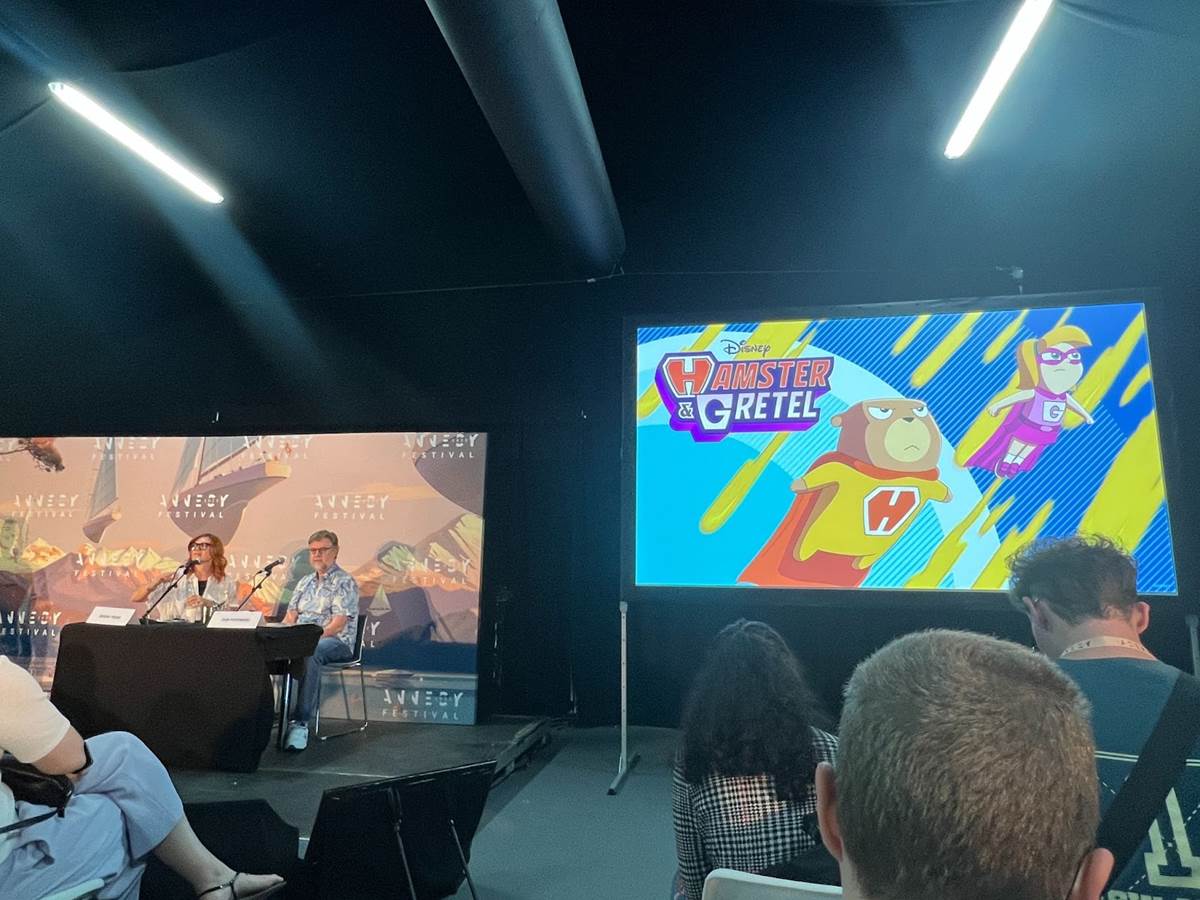 “I love these characters more than anything I’ve ever done,” Dan added when Brandi asked him about what he hopes audiences take away from Hamster & Gretel. With an audience largely comprised of students studying animation and members of the animation industry hoping to someday achieve the level of success that Dan and Brandi have had, the presentation also included an overview of their careers and helpful tips on developing and pitching a successful series.

Click here for more coverage from Annecy Festival. Stay tuned to Laughing Place for more news about Hamster & Gretel as we get closer to the series premiere.