Lightyear’s run at El Capitan launched yesterday with an opening night fan event that included a gift bag and other fun surprises, but it also saw the exciting debut of the new “Hyperspace Launch” laser and light show that will play in front of all screenings of the film at this iconic, historic movie house on Hollywood Boulevard.

Other highlights of seeing Lightyear at El Capitan Theatre include cool life-size Buzz Lightyear and Sox the robot cat statues on display in the lobby for photo opportunities and the usual state-of-the-art presentation for which this famous theater has become known. Attendees of last night’s opening night fan event also received a Lightyear hat and notebook, popcorn and a drink, a nifty Lightyear credential, plus several boxes of Kellogg’s cereal that included glow-in-the-dark Lightyear decals inside.

Also on sale at the El Capitan Theatre concession stand is a sweet light-up Lightyear popcorn bucket in the shape of Buzz’s gloved Space Ranger hand, and as always guests can visit the Ghirardelli Soda Fountain & Chocolate Shop to pick up merchandise tied to Lightyear and its already fan-favorite characters. For the run of this film, El Capitan is also offering a convenient “Space Ranger Pack” that includes four reserved tickets to a screening of Lightyear, four 64-ounce popcorn tubs, and one complimentary parking space at the Hollywood & Highland complex across the street from the theater. We always say there’s no better place to see a Disney movie than the El Capitan, and that remains true for Pixar’s Lightyear! 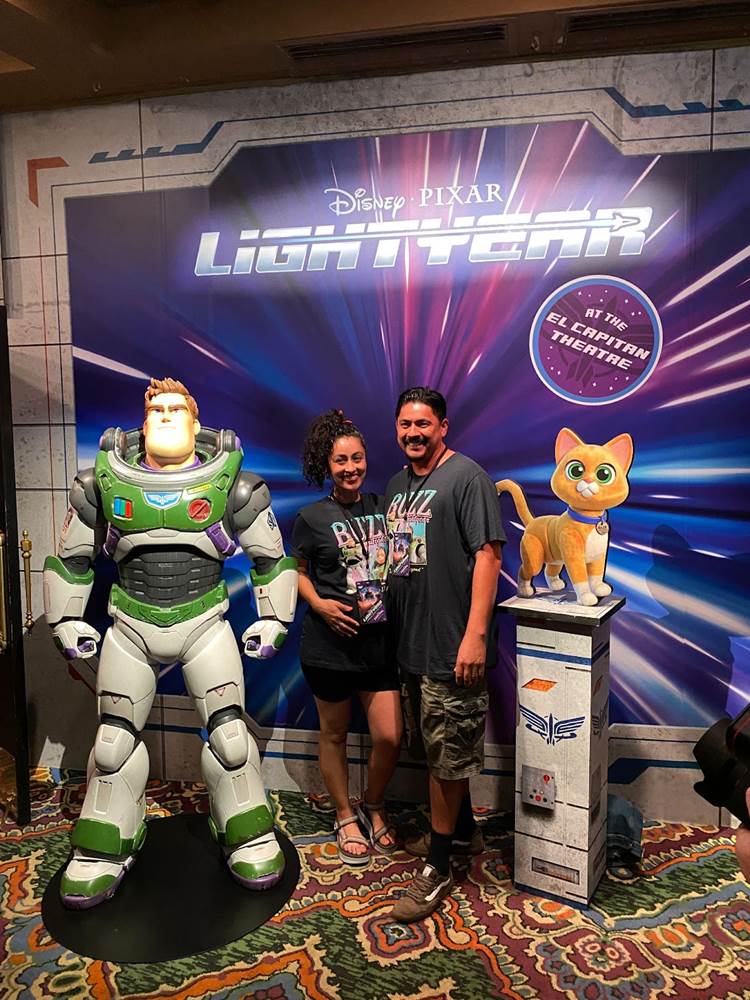 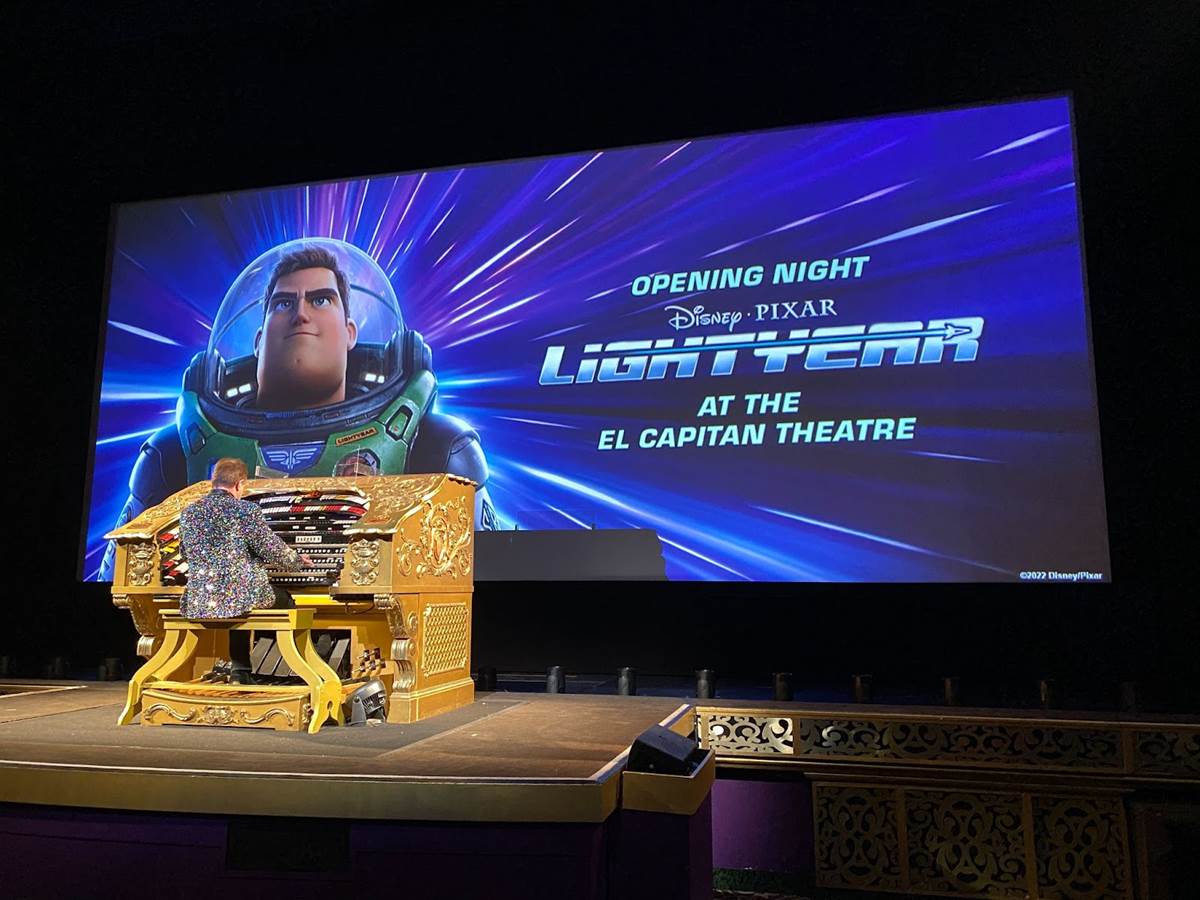 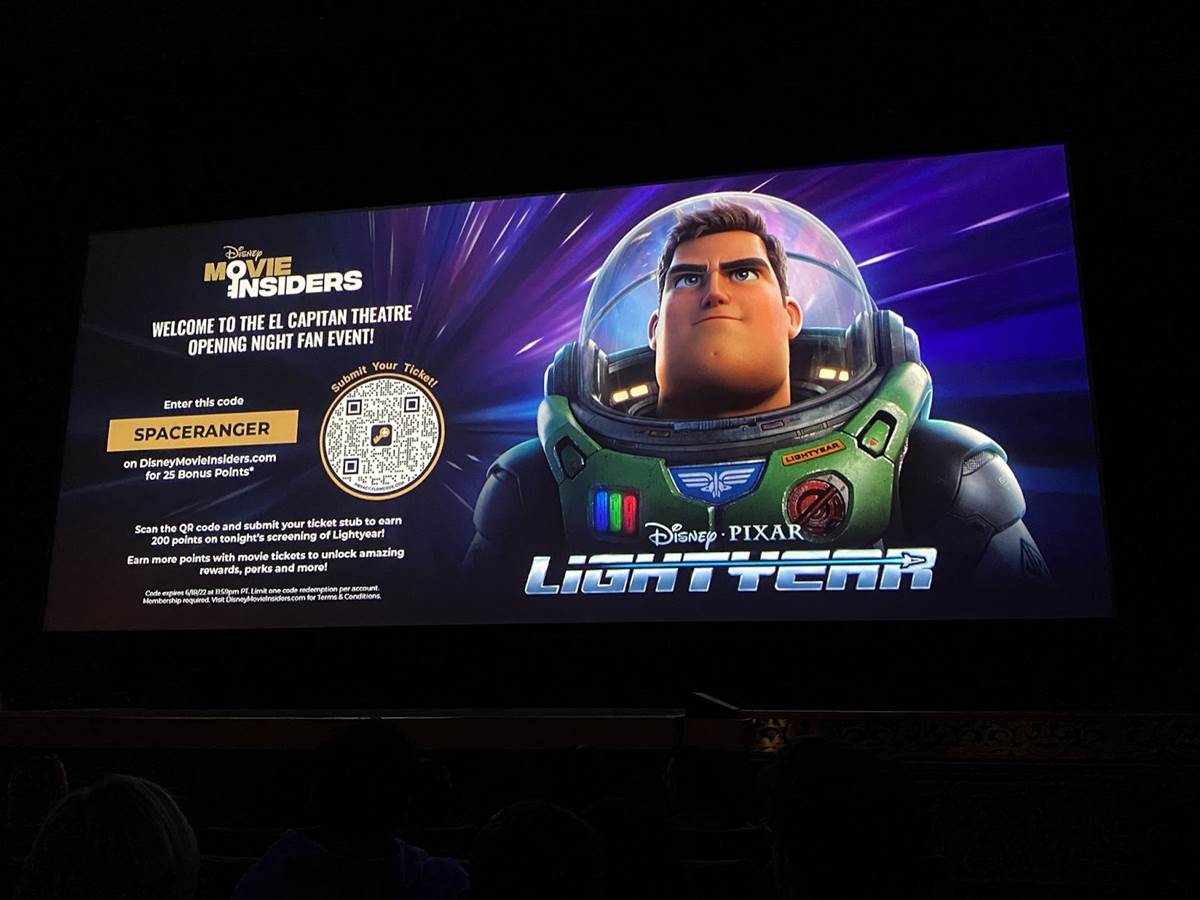 Lightyear is playing now through Sunday, July 31 at El Capitan Theatre. For additional information and to purchase advance tickets, be sure to visit El Capitan’s official website.