The International Space Station is not the only thing orbiting around the Earth these days. In celebration of the premiere of Disney-Pixar’s Lightyear, Buzz’s space feline friend Sox has been launched into the Earth’s atmosphere to celebrate the premiere of Buzz Lightyear’s origin story. 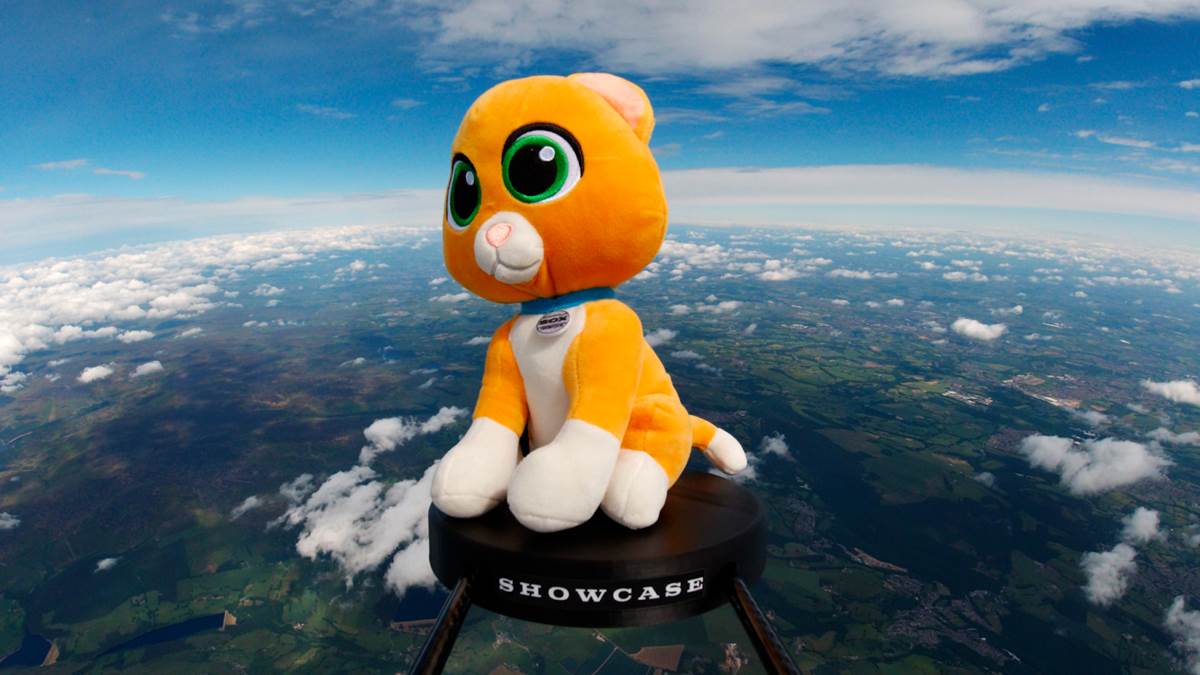 Lightyear’s robot-cat sidekick “Sox” blasted into space on a mission thanks to the motion picture exhibition industry’s Showcase Cinemas. Sox, Lightyear’s faithful feline companion who serves to ease the Space Ranger’s emotional transition after his time away on space missions, blasted into orbit from the United Kingdom’s Sheffield Peak District in Derbyshire.

Sox’s mission found the talking-toy robot-cat traveling at speeds of 250-miles-per-hour to an orbit of 130-thousand-feet above planet Earth. Following the flight, Sox parachuted back to Earth smoothly and landed safely in Spalding, Lincolnshire in England.

Showcase Cinemas Vice President of Global Marketing Mark Malinowski says the company was looking for a way to celebrate the premiere of Lightyear and his team came up with “an out of the world idea of actually sending Buzz Lightyear’s new sidekick, Sox, to infinity and beyond.”

Sox is the first animated robo-cat to circle the Earth and follows in the footsteps of Buzz Lightyear who hitched a ride to the Space Station in 2008.

Lightyear blasted into theaters on June 17th following the exploits of the legendary Space Ranger on an intergalactic adventure alongside a group of ambitious recruits. The movie took in more than $50-million at the box office in its opening weekend. The Buzz origin story debuted in more than 4200 locations across the United States and Canada during its debut weekend. Lightyear is Pixar’s first major theatrical release since Onward in March 2020.