A good theme song for FX’s new comedy series The Bear would’ve been “Under Pressure” by Queen and David Bowie. Equal parts drama, the half-hour series is set in the chaotic heart of a family-owned restaurant in Chicago. Coming to Hulu on June 23rd from the creative team behind the award-winning Ramy, The Bear is about taming the metaphorical beast within. 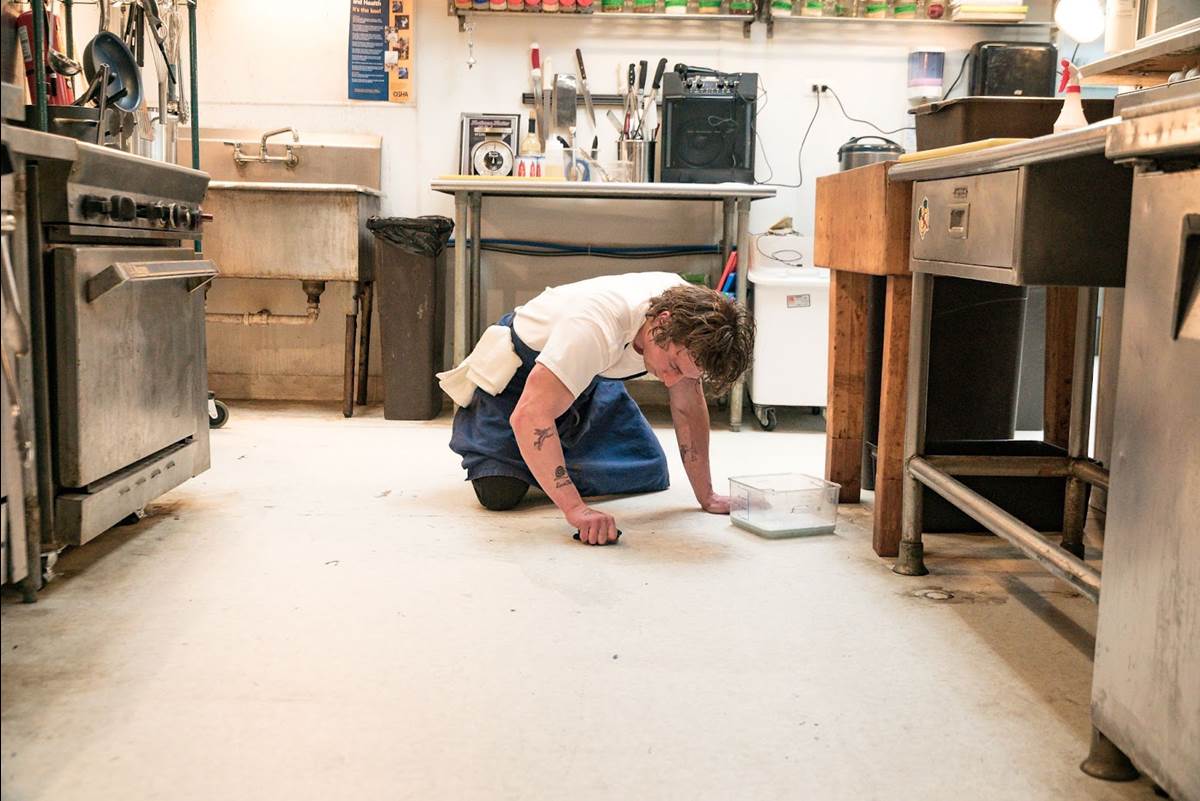 Carmen “Carmy” Berzatto (Jeremy Allen White) is doing his best to keep The Original Beef of Chicagoland afloat. The young chef was on a path to acclaim at a Michelin Star restaurant in California when he had to leave that world behind to take over the family business he inherited fro his deceased uncle, much to the chagrin of his cousin Richy (Ebon Moss-Bachrach), who views the restaurant as his birthright. Trying to bring a little sophistication to the sandwich shop, Carmy instantly shakes things up when he adds another professionally trained chef, Sydney (Ayo Edebiri), onto the team of longstanding line cooks (Lionel Boyce and Liza Colón-Zayas).

The frenzied pace of The Bear makes it a joy to watch, quickly hooking the audience with its fast-paced dialogue. Exposition is brilliantly delivered through character moments, dropping the audience in on a day early in Carmy’s return to The Original Beef of Chicagoland. Creative music and editing choices make it hard to look away from, with audiences having to piece together what’s going on for themselves in the first episode.

There is comedy to be found in The Bear, more so through absurd situations than anything else, but it’s not your typical comedy style. Dialogue is full of expletives, earning the show its TV-MA rating, but with so much passion and raw energy charging the scenes and performances, the often dramatic tone sometimes makes laughing feel inappropriate. But that is, after all, part of the show’s brilliance, navigating that fine line between emotions, stressing the characters and viewers to a point where a laugh is necessary.

The dingy, greasy kitchen of a Chicago diner has never felt as lively or chaotic on screen as it does in The Bear. Created by Christopher Storer (Ramy, Eighth Grade), the series is relatable for anyone who has ever hungered to prove themself or make their mark. Far from relaxing, The Bear is an extremely bingeable show that will keep you hooked throughout the eight-episode season.

All eight episodes of FX’s The Bear beggin streaming on Thursday, June 23rd, only on Hulu.