Picture the small town you grew up in, or if you aren’t from a small town, imagine that you are for a moment. Let’s say your small town was once home to a great sports team that hasn’t been great for a while and that people have kind of forgotten about. What if two celebrities showed up out of the blue with a plan to reinvigorate that team? Imagine what that could do for your entire community. And with that in mind, Welcome to Wrexham. 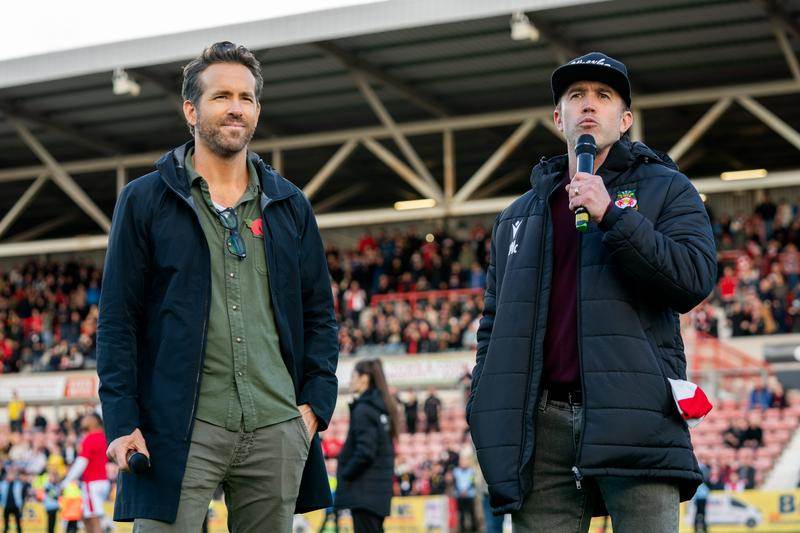 This new documentary series from FX tracks the journey of two actors as they embark on a partnership to revive a historic but struggling football club in a working-class town in Wales. There’s Rob McElhenney, co-creator, co-star, co-executive producer, and co-writer of It’s Always Sunny in Philadelphia (on FXX) and Mythic Quest (on Apple TV+). And there’s also Ryan Reynolds, who probably needs no introduction but is a Canadian actor who not only headlines 20th Century Studios’ Deadpool film series (based on the Marvel comics) but has also starred in numerous hit films and TV shows including Two Guys a Girl and a Pizza Place, The Proposal, and Free Guy.

These two stars may be the inciting incident, but Welcome to Wrexham is truly a documentary about turning a struggling sports team around. While I’m not a sports viewer, I always enjoy a good story and this series, already renewed for a second season, has some good ones to tell. As you would imagine, the movers and shakers running the Wrexham Football Club take center stage, including some new blood brought in by McElhenney and Reynolds. In addition to the team members, the series also concerns itself with residents of Wrexham to present a wide overview of the impact this team’s resurrection can have on the surrounding area.

In the premiere episode, Rob McElhenney takes viewers through his real-life Philadelphia upbringing (it’s not at all like his It’s Always Sunny character) and showcases the sense of community he found as a fan of the Philadelphia Eagles. Right up front, it makes his decision to go into this venture feel heart-centered, especially given that he and Ryan Reynolds hadn’t actually met in person at the time they decided to go into business together. 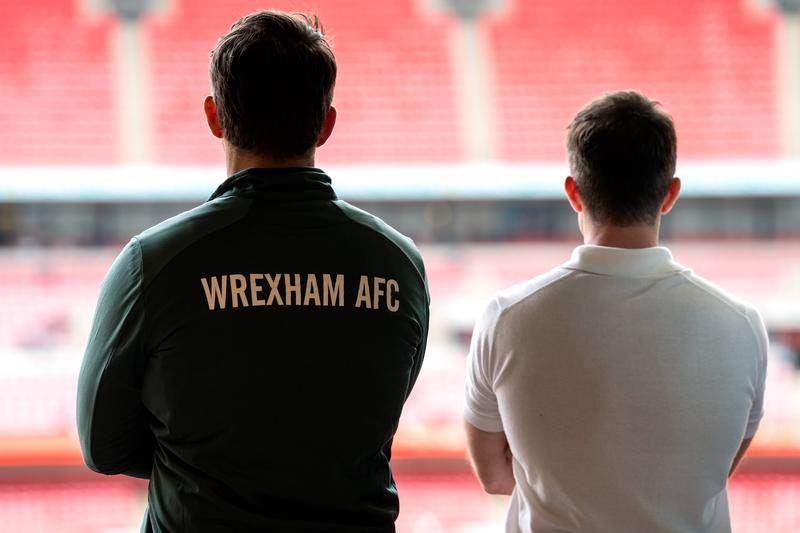 The two big names above the title of Welcome to Wrexham may loom large over the series, but viewers will soon find themselves cheering for all the other players. This isn’t so much a show about a football club as it is a show about a community and an enterprise that can help it thrive. It may have needed two Hollywood fairy godfathers to come in and sprinkle some pixie dust to get the magic flowing, but once it does, the chain reaction is a joy to watch.

I give Welcome to Wrexham 5 out of 5 plaques above a urinal.

Took this baby for a test spin and it was magnificent. @VancityReynolds pic.twitter.com/67sh8H4ZKz

Welcome to Wrexham premieres Wednesday, August 24th at 10/9c on FX. Episodes will stream exclusively on Hulu the day after air.