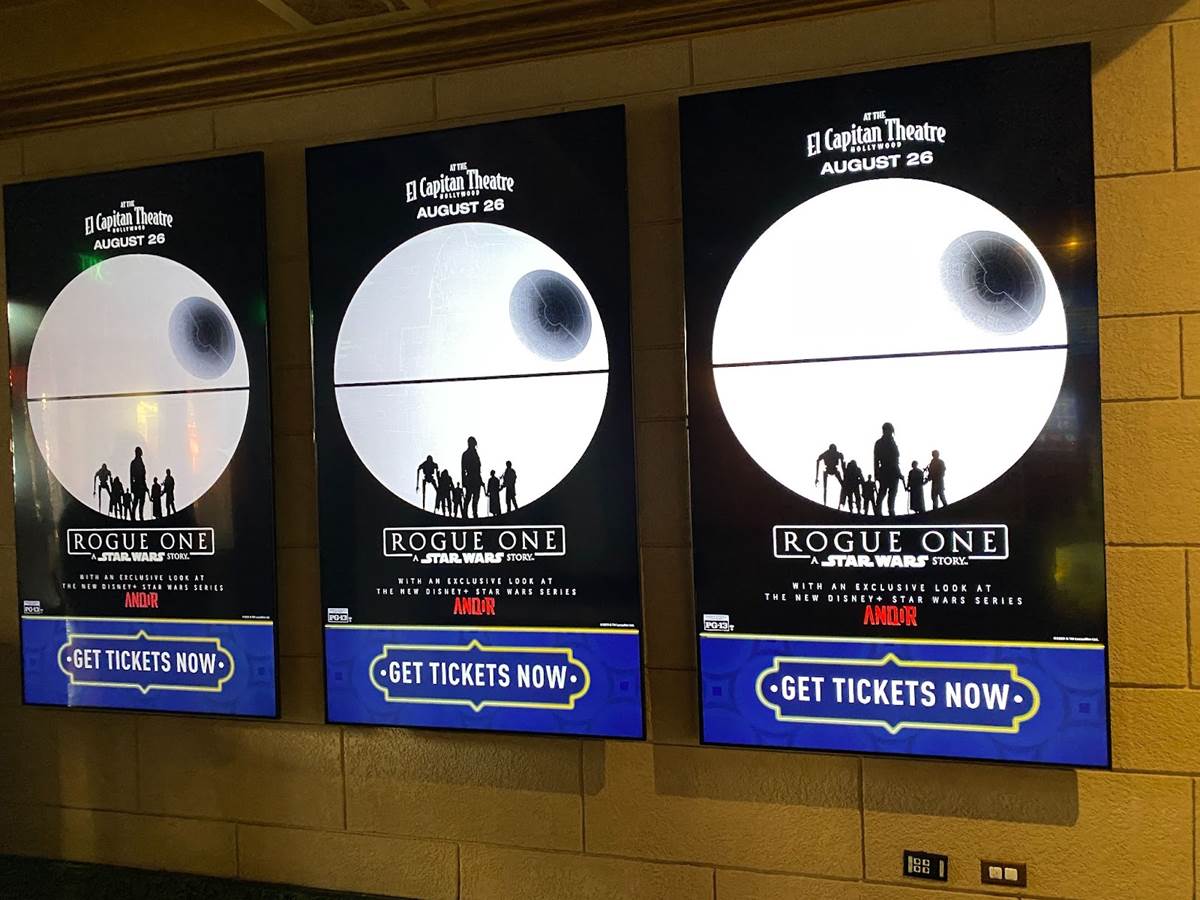 Last week we learned that the smash-hit 2016 film Rogue One: A Star Wars Story would be returning to Hollywood’s El Capitan Theatre for a week and a half, in addition to playing on select IMAX screens around the country. Rogue One originally played at El Capitan during its theatrical release, but has not made a return to this legendary movie house since that time– even during the theater’s Star Wars marathons, which have featured only the “Skywalker Saga” films (AKA Episodes I-IX).

Today I attended the afternoon show of Rogue One: A Star Wars Story at El Capitan Theatre and found myself wowed by how much I enjoyed the movie, despite already loving it in the probably nine or ten times I had previously seen it in its entirety. Of course, it helps that El Capitan features the top-notch presentation and state-of-the-art picture and sound quality that one would expect from Disney’s flagship movie theater in Hollywood. 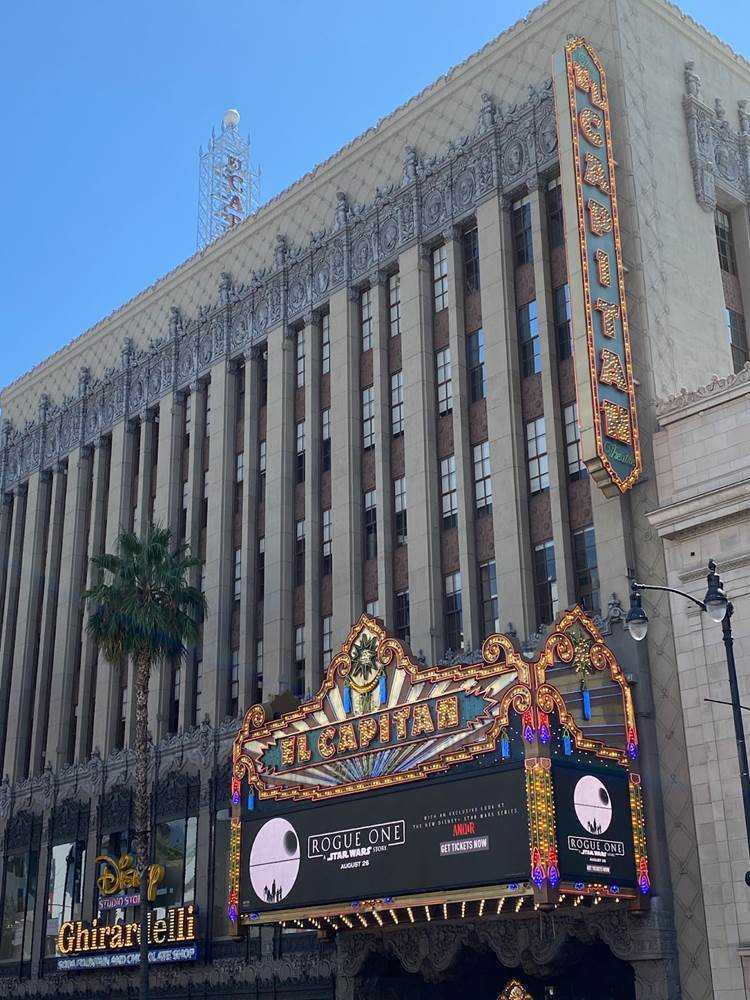 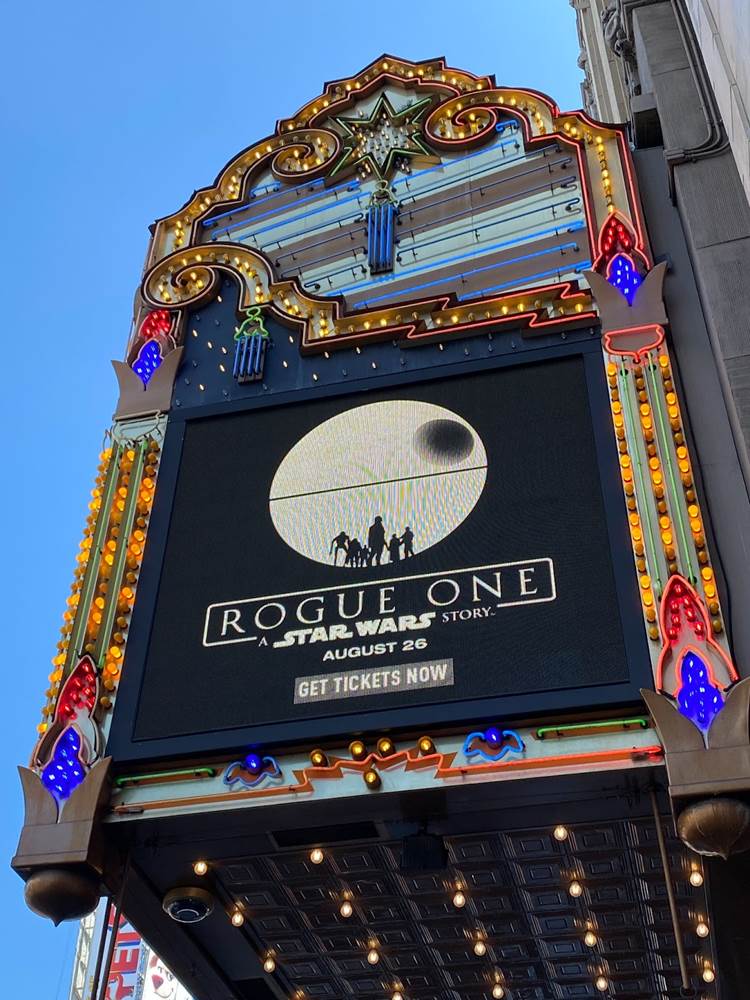 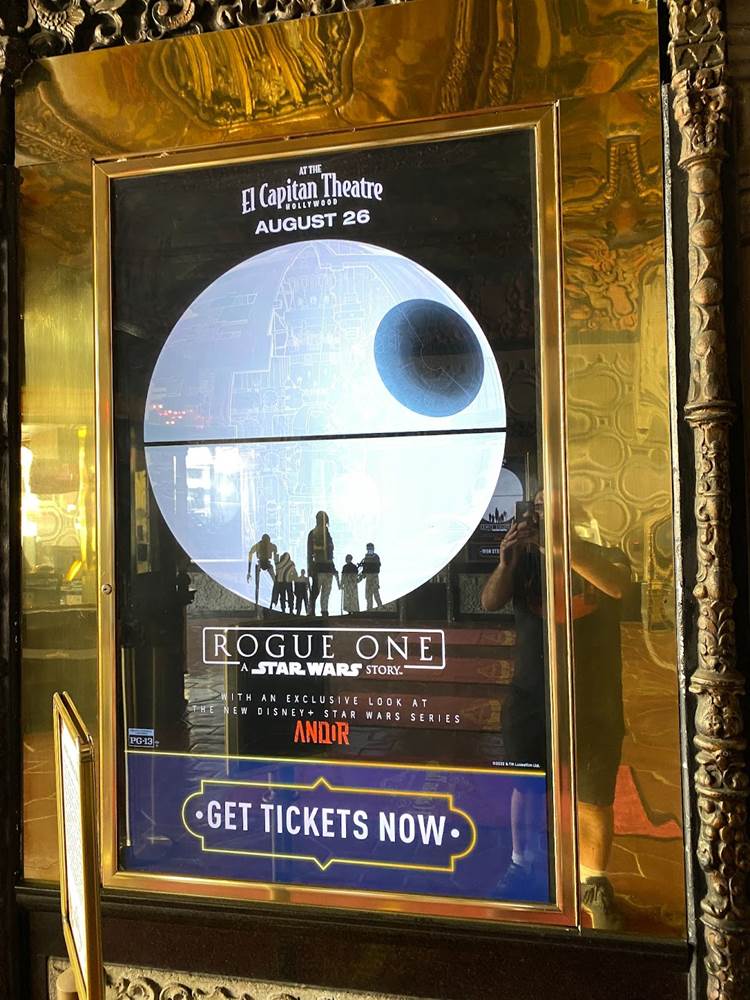 But the feature presentation wasn’t the only highlight of seeing Rogue One again on the big screen– the program at El Capitan (and the IMAX theaters at which the film is now playing) includes a roughly ten-minute preview of the highly anticipated upcoming new live-action Disney+ series Star Wars: Andor, which is due to arrive on the streaming service next month. This preview was made up of a brief interview with series creator Tony Gilroy and star Diego Luna (who plays the title character Cassian Andor) accompanied by some cool-looking new footage, followed by a scene between Luna and costar Stellan Skarsgård (who plays rebel recruiter Luthen Rael). In this sequence from Andor, Luthen meets with Cassian in an industrial warehouse, where Andor attempts to sell Rael a piece of stolen Imperial technology. But Luthen wants more than the Empire’s tech– he wants Cassian to join him in the fight against the Empire itself. Before they can finish their conversation, a firefight breaks out when agents of a corporate security force show up to arrest Andor. The remainder of the preview is the exciting two-and-a-half-minute trailer for Star Wars: Andor that has already been released on YouTube.

After this afternoon’s screening of Rogue One: A Star Wars Story, guests at the El Capitan Theatre received a complimentary mini-poster for Star Wars: Andor (available while supplies last). 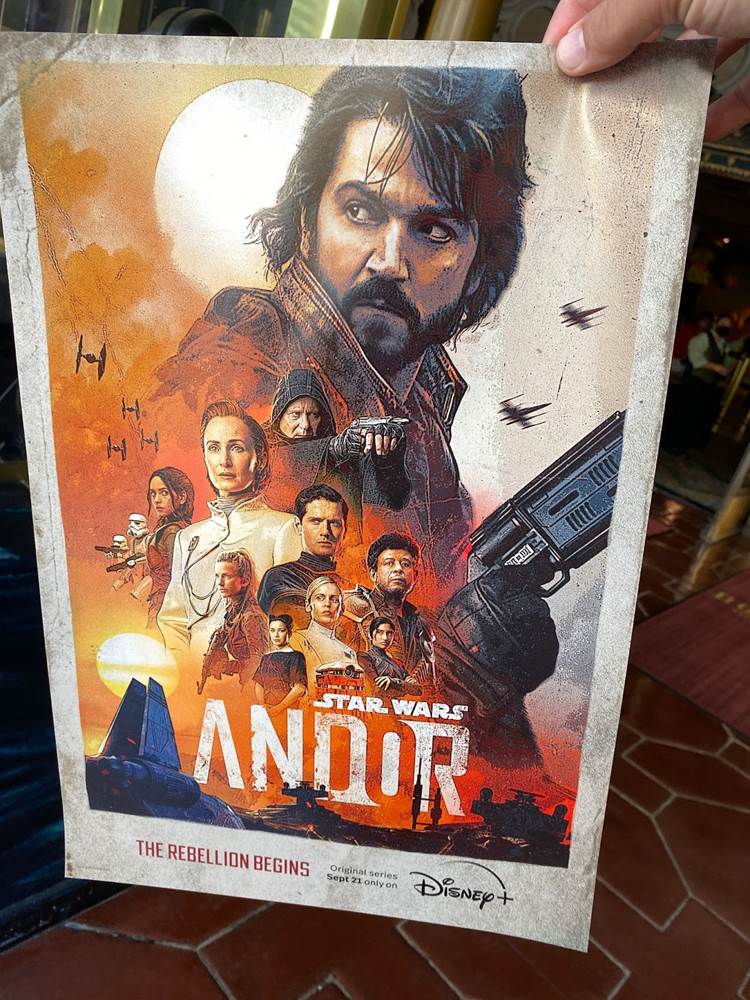 Rogue One: A Star Wars Story plays from now through September 5th at El Capitan Theatre in Hollywood. For additional information and to purchase advance tickets, be sure to visit El Capitan’s official website. Star Wars: Andor will premiere with its first three episodes on Wednesday, September 21st, exclusively via Disney+.