Following the premiere of The Menu at TIFF 2022, the cast and crew took the stage to discuss filming their part in the thriller. 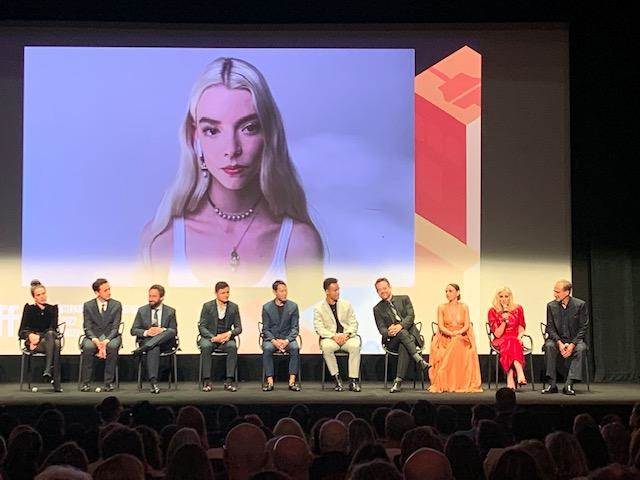 Director Mark Mylod started the proceedings by thanking everyone for not walking out. He then proceeded to bring the rest of the cast and team behind the movie onto the stage. Mylod was filled with praise for screenwriters Will Tracy and Seth Reiss. Calling the script brilliant, he introduced the duo to the crowd who showed their appreciation with a strong round of applause.

Proceeding to introduce multiple members of the cast, with Ralph Fiennes joining last and Anya Taylor-Joy joining by video link from Australia. Mylod joked with Taylor-Joy that she missed a good movie.

The first question from the audience was directed at Ralph Fiennes wondering if he loved being typecast as the villain. (I wonder if this person has watched more than one wizarding movie with Ralph Fiennes.) Fiennes took the question with good nature and reminded the audience that his role in The Constant Gardener wasn’t a villain role. He then proceeded to make the audience laugh by insinuating that Chef Slowik in The Menu is the good guy and that Fiennes is on his side.

The idea for the movie, despite director Mylod’s joke that it was all his, came from writer Will Tracy’s experience at an exclusive restaurant. Tracy explains that he is a foodie and wherever he goes he seeks out the cuisine. While on his honeymoon in Norway, he and his wife boarded a boat to an offshore island where an exclusive restaurant waited.

The journey to a private island also ramped up Tracy’s claustrophobia. Arriving on the island, Tracy describes his experience as mirroring what Margot (Anya Taylor-Joy) has when arriving on the island in the movie. The boat leaves and Tracy felt trapped on the island. To Tracy he was now stuck on this island with people he didn’t know, except his wife, and anything could happen. 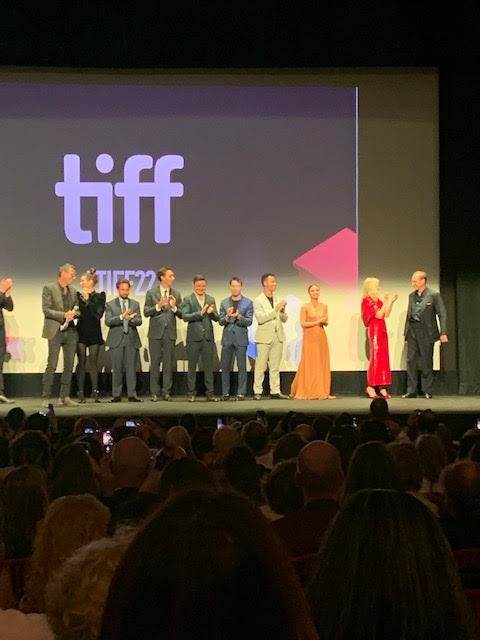 With his anxious mind racing, and his wife trying to calm him down, Tracy states that he told his wife at that dinner table that this experience they were having would make a great idea for something. When Tracy mentioned it to Seth Reiss, they started working the story out structuring the movie around a menu. Asked how the dinner was at the exclusive restaurant, Tracy stated that it was not very good.

Asked how her role in the movie changed her relationship to food, Taylor-Joy described how she was introduced to a whole lot of food documentaries that she had never seen before. Her role has helped increase her respect for food and the preparation of it because she views herself as a terrible cook.

Fiennes talked about his interest and love of food. Working on the film hasn’t changed that love but Fiennes isn’t sure that he would really like the kind of food that is made in this film. To Fiennes, he is interested in the psychology of trying to perfect something. Mentioning his character Chef Slowik, Fiennes sees his master chef as having lost touch with the reason that motivated him to cook in the first place. To Fiennes it is Taylor-Joy’s character that stands up to his chef and pushes back at his character that helps Slowik reconnect with the reason he loved cooking.

The Menu is a four course delight.